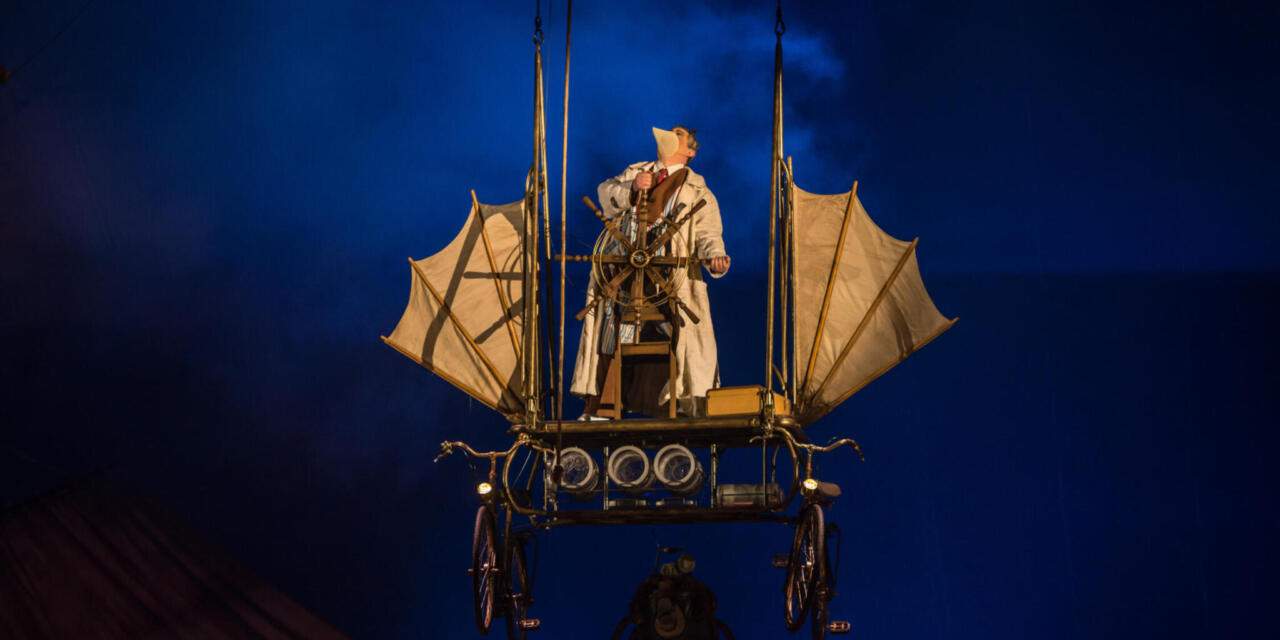 I can prescribe the remedy if you need medicine to blow up your imagination!

Get a ticket to Kurios: Cabinet of Curiosities!

Kurios, written and directed by Michel Laprise, is the 35th creation of Cirque du Soleil and is touring worldwide. You should check if Kurios stops in your city or another city nearby.

I saw this production in Washington, DC. The show will continue in DC till the 25th of September.

Now, imagine you are sitting on your contemporary-style chair in the venue where the cabinet of curiosities unfolds before your eyes. Eventually, you will be taken amusingly to a steampunk spectacle world in the 19th century.

Kurios defies descriptive narrative with optical illusions by intertwining and uniting the real and imaginary worlds.

It is a coherent science-fiction production of sets, costumes, music, singing, and characters. Therefore, the audience can enjoy not living the contemporary for the whole length of the show, which is 120 minutes, including 25 minutes of intermission.

The character of the Seeker is a fat scientist with gray hair styled in a cone shape above his head, wearing a white mantel. He experiments in his mechanical laboratory and unfolds his discovered world for you. 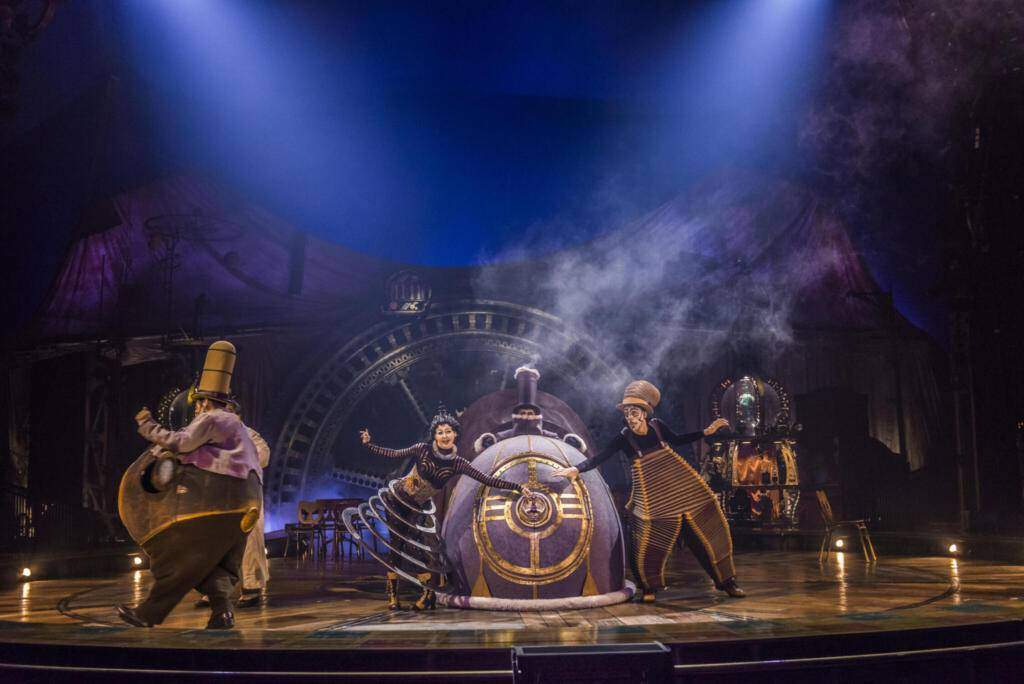 The Seeker believes in the invisible world of imagination and the upside-down world, in which he can break our usual sense and orientation of time, space, and reality.

Eventually, the performance settles the wild conventions for the audience gradually. It starts with a more classical style but very amusing acts and progressively gets to mind-blowing imaginary feats.

One of my favorite acts is the Invisible Circus. A ringmaster depicts an invisible little circus for us. There are moments when the ringmaster is challenged by some invisible circus characters. The Invisible Circus is an excellent example of how synchronized sound effects and actions create a more extraordinary image in our minds than seeing actual actions on stage.

The upside-down world is another well-designed and performed act among the 12 acts between the opening and final. An ordinary-looking dinner party becomes extraordinary when one of the guests climbs the dinner table and chairs to reach his target. Throughout the act, we realize a parallel inverted universe of precisely the same scene unfolding before our eyes from the ceiling to the ground. The two worlds continue to the point they reach each other.

In another act, Rola Bola, a fearless aviator, starts with unbelievable tricks with cylinders and planks on a still and later moving platform. Afterward, he takes us on an exciting flight. I praised the performer, James Gonzalez Correa, for mastering his art of keeping balance and concentrating on several challenges simultaneously. Each movement is worth a loud, encouraging hooray. 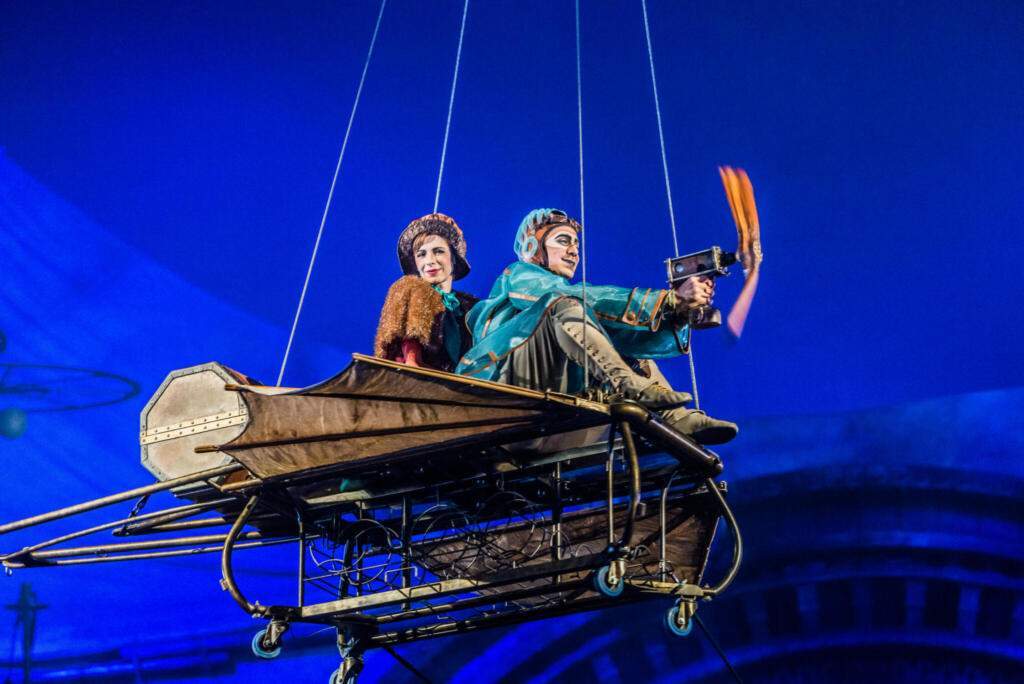 Besides the play’s principal acts, I liked the short scenes with brief amusement. Those scenes also have the role of transitioning between the acts. They provide enough time for the other performers to prepare for the following act.

One of the subsidiary scenes was done by one of the performers interacting with a member of the audience. The simple but hilarious story created with a lady from the audience made my eyes tear from laughter.

They generally interacted with the audience here and there throughout the show. So, you’d better be open to what comes to you while sitting in the auditorium! It can be a lot of fun!

The coherence production of Kurios grabs you into a magical universe. You constantly see yourself surprised by how vastly we can dream by the sense of time and space via elements of design, music, singing, and performers’ feats of daring-do.

But, how often do we dream so?

Every performer in this production mastered the highly challenging, creative, and fabulous acrobatic movements.

And finally, living life as a wanderer in today’s upside-down world can be a glorious joy! 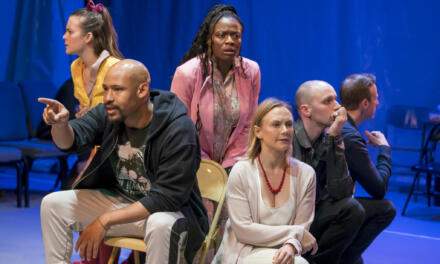