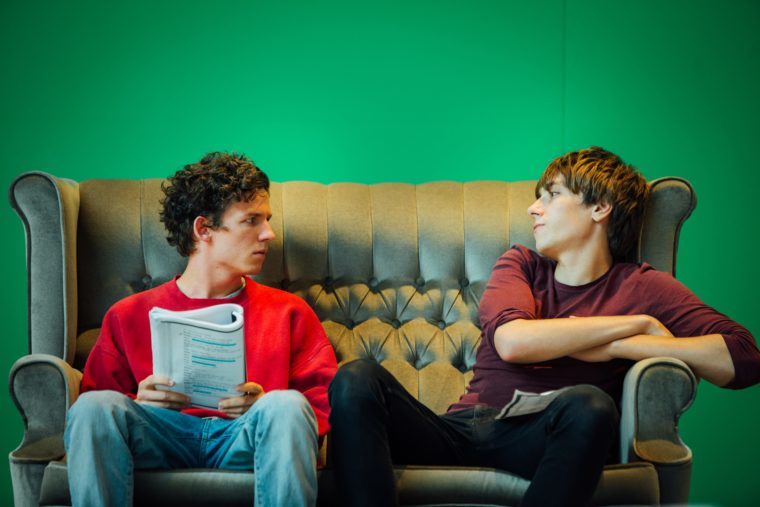 Shopping and Fucking was the most iconic play of the 1990s. As it is revived, 20 years on, we look back at a moment in theatre history with the key players.

Mark Ravenhill, playwright: I wrote the first draft in January 1995. I just had this feeling that there wasn’t quite the play I wanted to see – that expressed what it felt like to be young and in London at the time. Shopping and fucking was already a well-established phrase in publishing. Publishers used it to describe Jackie Collins-like bonkbusters. My play was obviously about a very different type of people, but when I was just a few scenes into writing it, I thought, “those two things define their world”.

Max Stafford-Clark, director: I first came across Mark when I saw a short play by him in an evening of short plays. I met him afterwards and I said: “Do let me know if you have anything else of a longer nature.” When he sent me Shopping and Fucking some months later, I thought Mark had put his finger on something very important with it. I’ve lived most of my life in a theatre world driven by socialism and feminism – those have been the great things of a playwright like Caryl Churchill – whereas the characters in Shopping and Fucking don’t believe in anything. It’s got an anarchic, nihilistic feeling, which was very much of that time.

However, [the producer] Sonia Friedman, who was my colleague in [the theatre company] Out of Joint, said, “You can’t do this play, you will absolutely discredit the company and we will get no more money from the Arts Council ever.” I ignored that, but I did ring my mother to say “look, Mummy, I am doing a play called Shopping and Fucking and it might attract quite a bit of attention”. She said: “Oh Maxy, I did hope you had grown out of that sort of thing.” 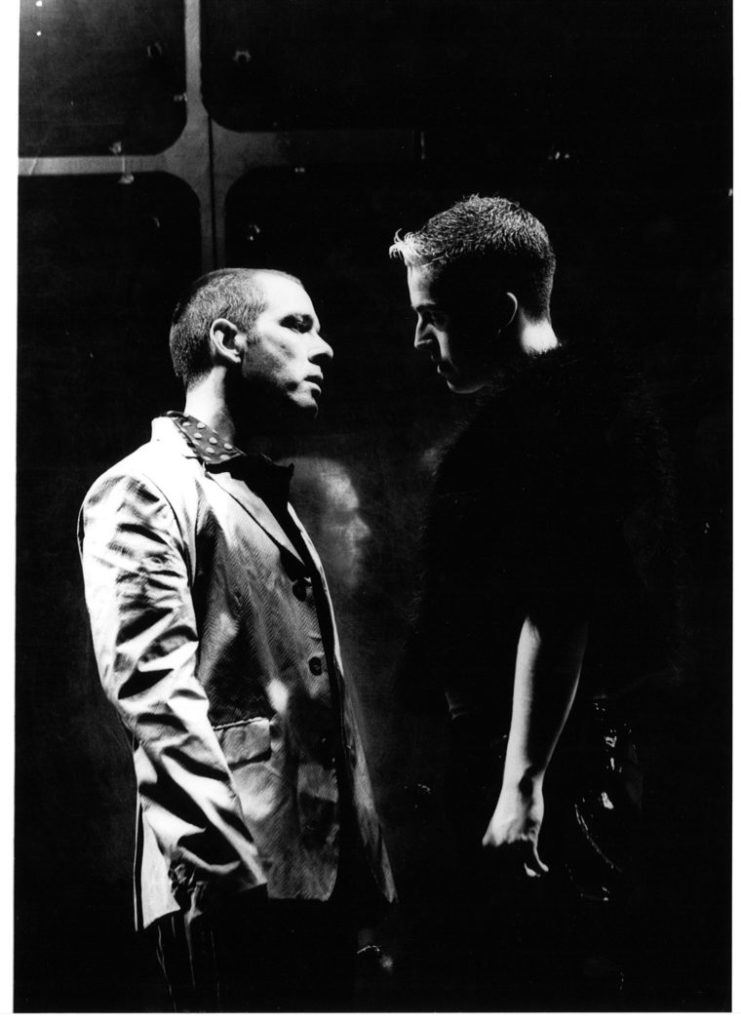 Lloyd Hutchinson as Mark and Russell Barr as Gary in the Out of Joint and Royal Court production of Shopping and Fucking. Photo Credit John Haynes

MR: It opened in September 1996 in the tiny bit of the Ambassadors Theatre, where the Royal Court had a temporary space [while the building was being refurbished]. The reaction was fairly muted: most of the critics were indifferent to critical, but it seemed to develop a momentum with audiences. It then went on tour, but we arranged to come back and play at the Royal Court again at the end. It’s always luck with these things: we just happened to have a show that could fill a slot and then it sold out again.

MSC: The title challenged the robustness of the press. The legal situation was that you could use the full title except if you were advertising – then it would appear that you were actually selling fucking. On the original posters, we got round it by putting a fork halfway through the word so the letters were smashed up.

Kate Ashfield, actress: I played Lulu in the original production. I was really struck by the way it dealt with consumerism. The drugs thing was less interesting to me because that was just part and parcel of the Nineties. I wasn’t part of that “Generation Ecstasy” scene, but we had a young stage manager who was much more into that world, and I remember asking him things like, “How does it work, so you have different types of pills with different things printed on them?”

It was a really special experience because we had all been involved in the process of developing the play in rehearsals. We had no idea if it would work in front of an audience or whether it would be a flop, so the fact that people really got it was great. Because of the title, everyone wanted to know what it was about, and it got this following that plays didn’t tend to have that was all part of that “Generation X” moment. But after we’d done our three-month run, no one signed up to the next run in the West End. I think we all thought, “Gosh, we’ve done that play”; after a while, you go to quite a dark world. 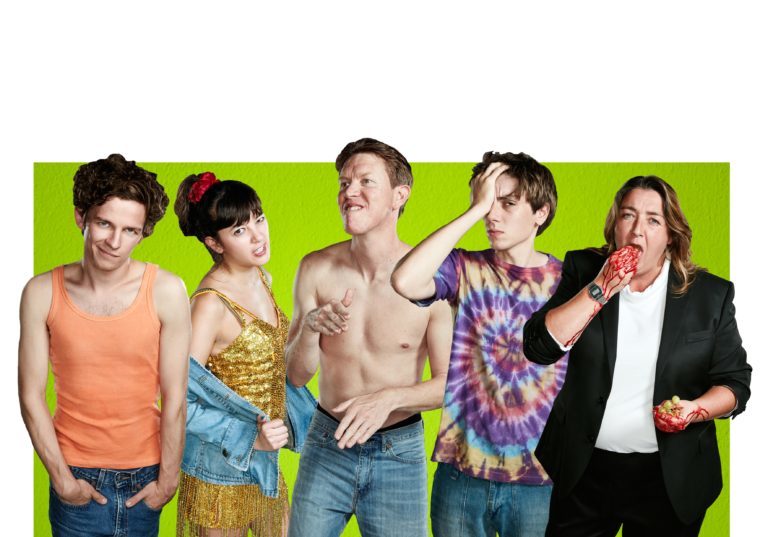 Into the West End

Lloyd Hutchinson, actor: I took the part of Mark when it moved to the Gielgud Theatre in the summer of 1997. I remember I got an answerphone message from Max, who I knew, saying the actor who was playing Mark had lasted three or four days in rehearsals and realised it wasn’t for him. I think he just couldn’t go to that place, that intensity; all that sexual stuff he had to do on stage, it just wasn’t his cup of tea.

Back then, I was a lot more ­“method,” so because Mark was a heroin addict, I lost a lot of weight. There was no question it was a difficult play to do; it’s not every day you have to rim somebody. In terms of how it was done, it was all very tasteful, though there was this moment in rehearsals when I don’t think the other actor knew we were going to be doing the scene that day. He’d been out the night before and I don’t think he’d managed to get home, so when he pulled down his trousers, it was shall we say a little bit “charged”. Max quite often tells the story about me dry retching!

MR: It brought a totally different audience to the West End. Still today, you can go to the West End or even subsidised theatre and at the age of 50 be the youngest person in an audience of people in their seventies and eighties, whereas this had an audience almost exclusively in their twenties and thirties. I did think, “Wow, this audience really wants to go to the theatre because as they soon as they heard about Shopping and Fucking, they were there. They must be reading the theatre listings, but most weeks just going, “There’s nothing that relates to me.” What happened with Shopping and Fucking is still exceptional: theatre is mostly for retired people.

It was also interesting to see the different audience reaction in a bigger theatre. When it first opened, it wasn’t as funny as when I wrote it. I think people were coming to the Royal Court with their “serious concern for social issues” head on. But as soon as we got into the West End, that changed. ­People said, “What do you feel about them laughing there and there?” and I said, “Oh no, but that’s all the places that I laughed.”

LH: It’s a nice feeling to be involved in a hit, with people queuing round the block. But with Shopping and Fucking, it almost felt like something more: that the West End hadn’t really experienced a play like this before: a real piece of theatre, for now, a new play, uncompromising and witty and really going for it. The audience felt palpably younger and it seemed to become seen as something you could do before going clubbing: see Shopping and Fucking and then go and have a good time.

MR: What was it like for my career? Almost entirely positive, I think. The only thing was that people did have slightly weird expectations of me, that I was one of those characters. Even though I’ve dutifully done 20 years of appearing on Radio 4 and writing articles for The Guardian, there’s still an expectation that I will be a heroin addict. People are very disappointed by people who are educated; they’d rather a playwright hadn’t read anything.

LH: It’s important to see the play in the context of all the fantastic new work that was coming out in the Nineties from people like Mark, Sarah Kane, Joe Penhall and Martin McDonagh. It was an extraordinarily fertile time for playwriting – and the audiences for these writers were very young, or at least becoming much more mixed.

MR: Did that period change theatre for good? No, I don’t think very much has lasted. I think if you go to a West End theatre or spend a night at the Olivier Awards, you’ll see theatre has carried on its own way. It was much stronger than we were. 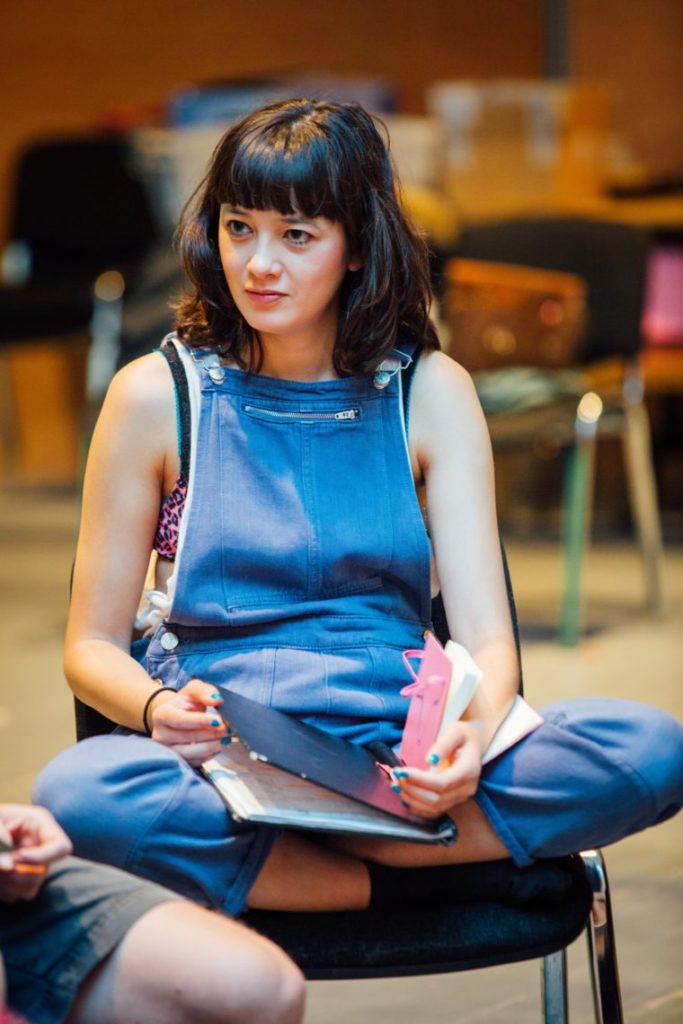 Reviving Shopping and Fucking, 20 years on

Sean Holmes, director: I thought what was really interesting about it was how prophetic the play was. There’s the element of everyone telling stories about themselves, which obviously the internet and social media allows you to do to a far greater degree, and the way it’s very hard to avoid everything becoming a transaction in a world that is a capitalist mono-system. I think that theme feels very contemporary and more in the spirit of the age than it was even twenty years ago.

MR: We didn’t want to do this revival as a sort of homage to the Nineties – it’s still in a world with clunky VHS but it’s not a “period drama”. It’s sort of in its own Shopping and Fucking land, in a way that sits between the two periods. I certainly wasn’t visited by visions while writing it, but I think that idea that each of us is a “brand” that the play deals with is something we were a bit shocked by back then – but we’re all there now.

MSC: I think the play will still be seen as quite abrasive. I’ve seen a number of things recently which are soft as butter and without any political relevance but have been hailed critically. We’re approaching a cycle of self-centred plays and I think this was a corrective then and is now to that.

‘Shopping and F***ing’ is at the Lyric Hammersmith until 5 November (lyric.co.uk)

This article was first published on inews.co.uk. Reposted with permission. Read the original article here.