"The Cause" – image by David Monteith Hodge

The assassination of Archduke Franz Ferdinand by a group of naïve Bosnian students triggered World War I – so most historians claim at least. Yet The Cause by Jeremy James at Jermyn St. Theatre tells us the story of another plot – one that could have prevented the Great War altogether.

Uncle Sándor (Tony Wredden) is a Hungarian artist and eccentric representative of a bygone era. Living in exile in 1960s Oxfordshire, he makes a living by painting portraits of wealthy families. After a sudden shock leaves him paralyzed in the house of Margit (Angela Dixon), we began to dive into the old man’s memories, to find what’s led to this physical seizure.

The journey takes us back to pre-war Budapest, where four passionate young Hungarian patriots – among them Sandor in his youth – each nurse their own idea of how to become part of Hungarian history: to free Hungary from its Austrian imperial overlords and restore the rights their ancestors fought for. The echo of the previous revolution in 1848, which collapsed just half a century before, affects each of them differently. To whom do they owe loyalty? To the nation? To love? Or something else?

Meanwhile, on the Serbian side, Captain Apis (Alexander Nash) and his subordinate Tankosic (Mark Joseph), are preparing their version of history. They’re caballing under the name of the Black Hand, a secret Serbian society, and intriguing, with the death of the Archduke, to turn history’s tide in their country’s favor. We thus find ourselves over 100 years in the past, each storyline moving in the same direction – the Franz Ferdinand’s imminent assassination – though with very different motives.

Navigating between different timelines and several locations in a pocket-sized theatre is a considerable challenge and one the play pulls off. While a dull colored design shows us the dreary reality of the present, a brighter, more cheerful set evokes the idealism of Hungary past. Meanwhile, the dark and militaristic hideout designed for the Serbs hints at their darker intentions, always subverted by a note of distinctly black humor. The play’s lighting scheme – by Julian McCready – consummately enhances these contradictions of time, space, and emotion. 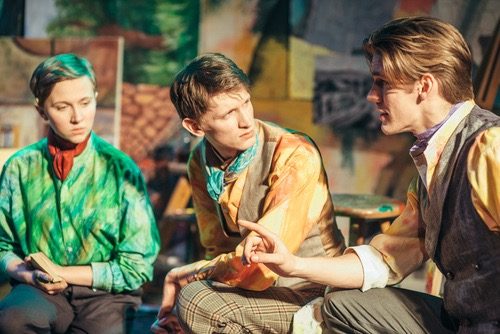 While the first half of the play is dominated by rather clichéd psychological analysis – Margit’s repeated attempts to make Uncle Sándor recall his buried past slowing down the pace – the second half nicely alternates between the two plots, giving a clear sense of what it meant to be a Hungarian at the time. Equally, the play’s constant references to iconic moments in Hungarian history might seem contrived to those familiar with it, yet for the average English viewer ignorant of things Hungarian beyond the fabled goulash, it’s both necessary and refreshing. Also notable is Tony Wredden’s attempt to give Uncle Sándor a Hungarian accent, even if it sometimes slips eastwards into Russian. Emma Mulkern too stands out with her portrayal of Medve’s complex character – feminist artist, freedom fighter, and lover.

The four youngest members of the cast, most of them debuting in The Cause, only partly grab the passionate yet ironic nature of Hungarians. Yet as the play goes on they grow into their roles, and Young Sándor’s final confrontation with his older self in search of redemption is both moving and cataclysmic. The Cause‘s attempt to highlight a neglected but critical point of history is to be commended: it’s probably as good a guide to Hungary’s passionate search for nationhood as we’ll get in 90 minutes.

This article originally appeared in Central and Eastern Europan London Review on March 9th, 2016 and has been reposted with permission. 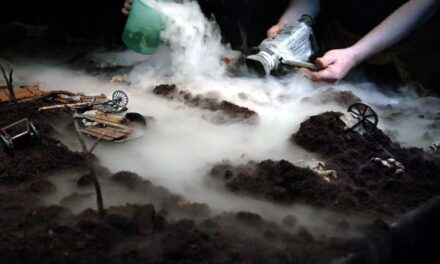