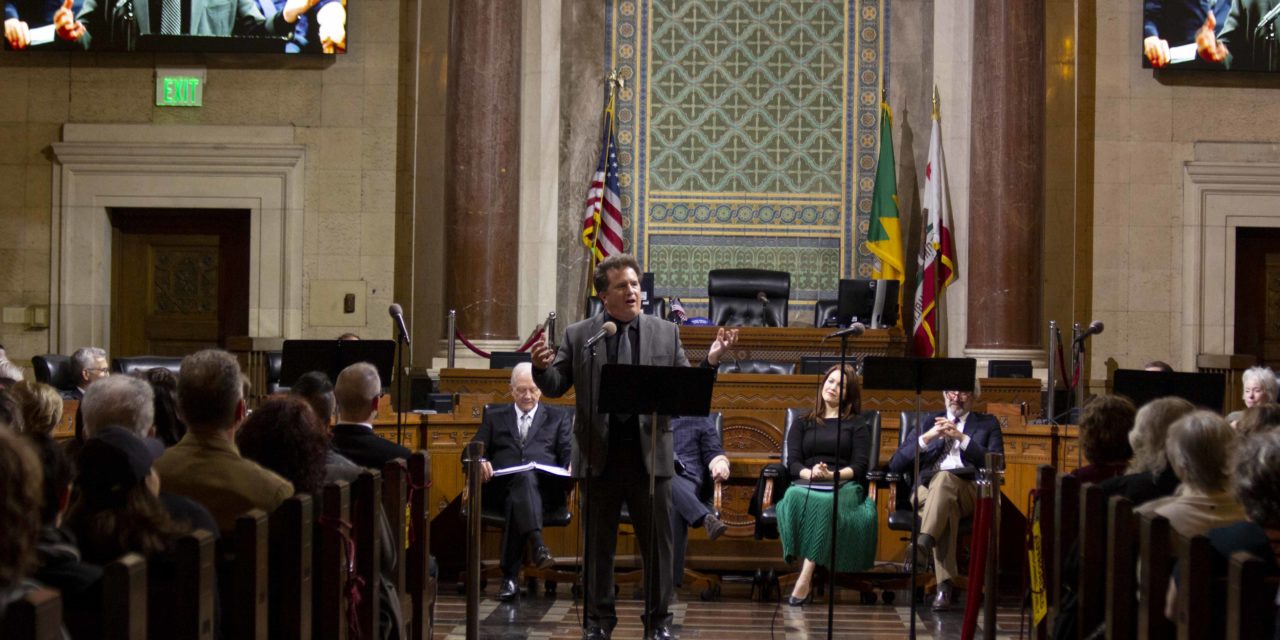 On Thursday, January 24th a lucky group of citizens in Los Angeles was treated to a unique experience–The Fountain Theatre’s reading of a gender-switched adaptation of Sidney Buchman’s screenplay, Mr. Smith Goes To Washington.  The Fountain’s Co-Artistic Director Stephen Sachs adapted the work that was hosted by Los Angeles City Councilmember Mitch O’Farrell.  An impressively talented ensemble of tv, film, and theatre veterans gathered in the John Ferraro Council Chamber in Los Angeles City Hall and though the original work is 79 years old the gender switch makes it feel like yesterday’s tweetstorm or this morning’s news. 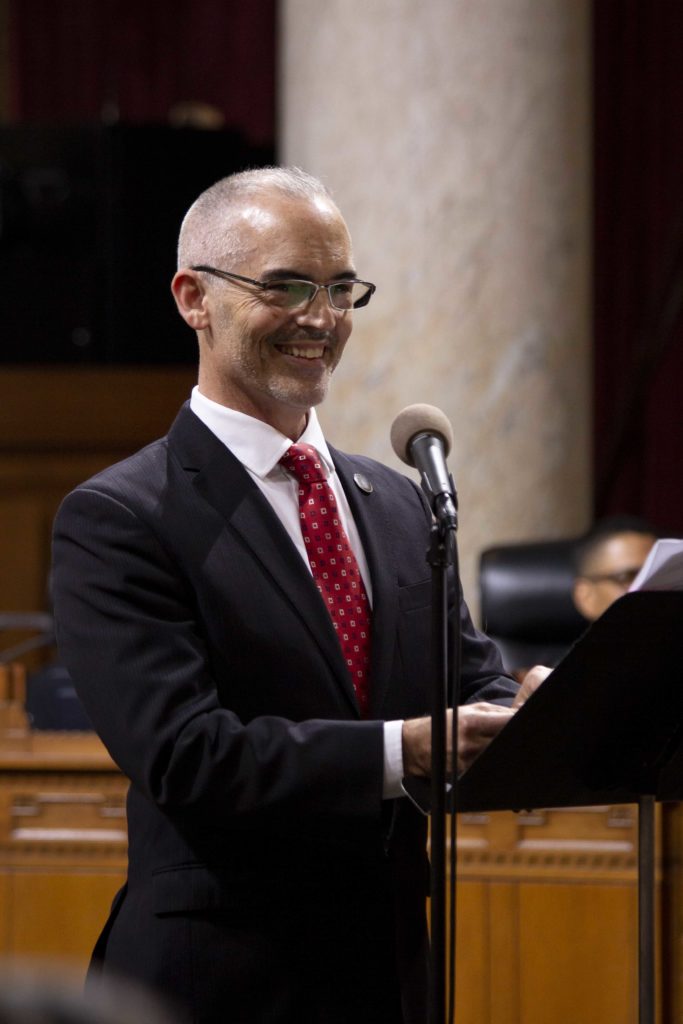 Councilmember O’Farrell introduced Mr. Sachs with a moving speech about the importance of the arts in society.

“Politics falls short of completely illuminating the complexity of issues,” he stated, “this is where the arts come in.”

In 2017, Mr. O’Farrell hosted the Fountain’s reading of All The Presidents Men and he noted that he hopes this will become an annual event.  Reflecting on the record number of women who now hold public office, O’Farrell also spoke about the role that local artists play as public servants, illuminating issues in unique ways.

In Sachs’ version, an idealistic, newly elected female senator finds herself fighting corruption in male-dominated Washington. Bellamy Young’s take on the movingly patriotic Jennifer Smith [originally Jefferson played by James Stewart] is endearing and as successful as a figure of naive nobility as Mr. Stewart was in the film.  It doesn’t seem like Mr. Sachs had to change very much beyond references to gender [Girl Rangers here instead of Boy Rangers] and one reference to “fake news” that worked very well in context, but boy does Jennifer Smith’s predicament feel familiar. 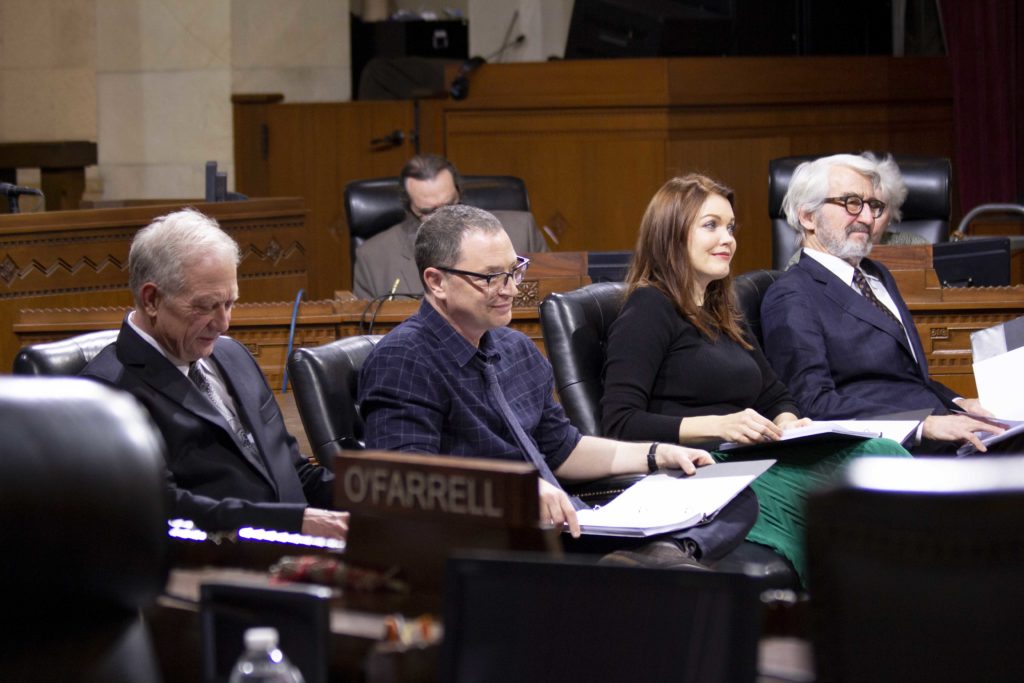 It’s Governor Hopper’s daughter [it was a son in the film] who encourages her father to choose Jennifer with the line “It’s 1939, not the dark ages, pop.” and a list of women who have held office before.  It shouldn’t have been surprising to hear it but we can thank Mr. Sachs for educating us about these women that included Senators Rebecca Latimer Felton [1922] and Hattie Caraway [1932].  Sam Waterston has the role of one of two villains, Senator Joseph Paine; a man who knew Jennifer’s father yet openly wonders whether they can “control a woman” in Congress.  The other is Jim Taylor, a nefarious businessman/mob figure played by Jeff Perry. 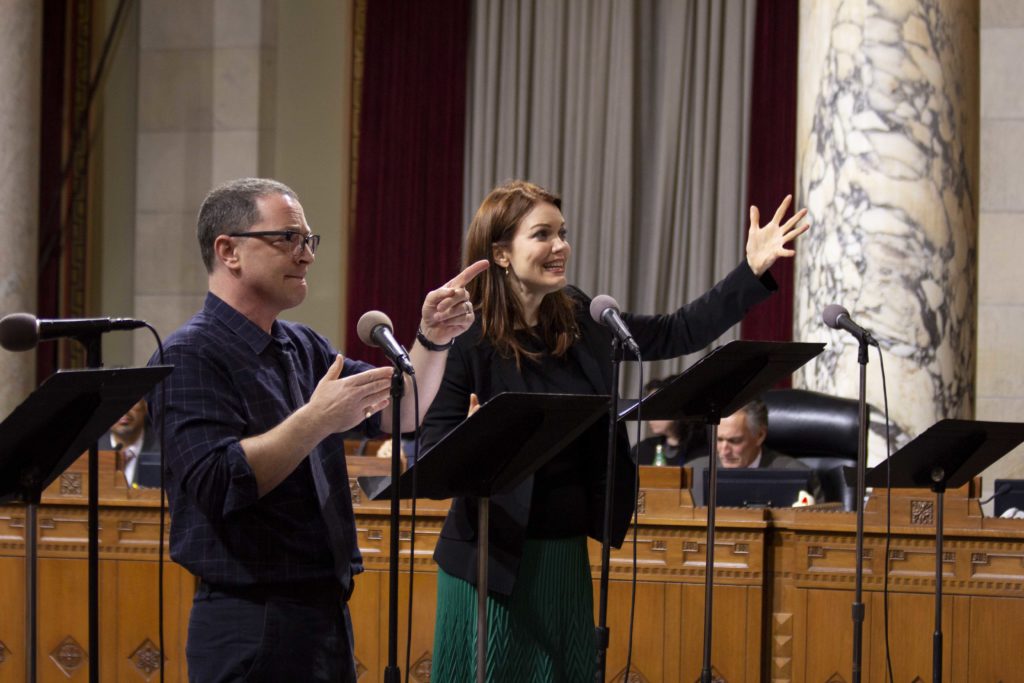 Fans of the film will know that Smith speaks fondly of his father a number of times, recalling that he often said, “Lost causes are the only ones worth fighting for.” As Jennifer learns that a swath of land in her state is going to be turned into a useless dam that is only an avenue for graft, she becomes determined to fight for that land where she was hoping to create a girls camp for young women across the nation.  Joshua Malina is her charmingly cynical assistant Chester Saunders [Jean Arthur in the film] who begrudgingly assists her in writing a bill for that girl’s camp.  As they work together, Jennifer’s enthusiasm for the bill starts to wear down Saunders’ certainty it will fail and when she becomes aware of the relief bill that includes the dam, she decides to filibuster with his help.

Paine and his pro-dam cohorts do all they can to attack Jennifer’s character as they angrily state any blocking of the relief bill will lead to starving the people.  Paine likens her attempt to hold the floor to holding the people hostage.  There was an audible gasp in the audience followed by a few laughs for this reading took place near the end of Trump’s wall-inspired government shutdown.  All of the pain that shutdown was inflicting on government workers was present in the room at that moment. 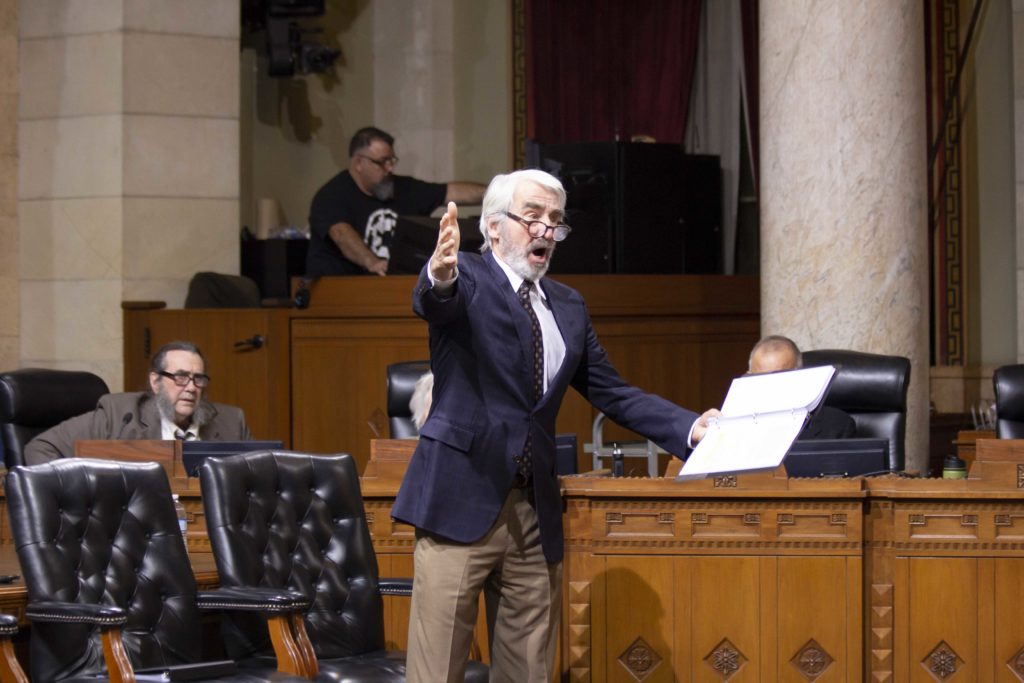 Jennifer stands firm in her convictions, even when Paine reads telegrams purportedly from her home state asking her to stop. She reads the Constitution and the Declaration of Independence and goes on till her voice is hoarse and even Paine can’t take her suffering anymore.  He breaks down and admits everything – and when Waterston embodied that moment, he tore the roof off the place, it was awe-inspiring.  Jennifer and Saunders have one last moment of celebration before the ends that felt a little rushed but that might have been due to the fact that the TVs behind the cast popped on.

In lieu of credits, images of every woman who has held a seat in Congress appeared in succession on the screens. Members of the audience stood to applaud them, with more standing when California’s own Nancy Pelosi and Diane Feinstein appeared.  But it wasn’t till the video closed on a split screen image featuring Kamala Harris and Elizabeth Warren that the whole house got to their feet shouting.  It was a memorable, moving moment that reminded this reviewer of all the things that can be good and honorable and right in this country.  It also seemed like a hell of an idea for a presidential ticket in 2020 but that just shows how easy it was to get swept up in Jennifer Smith’s patriotic fervor.  Ms. Smith may seem naive and inexperienced, but that character’s faith in what is good in the country is honorable and constant – and those are traits we could all stand to develop in our own lives today. 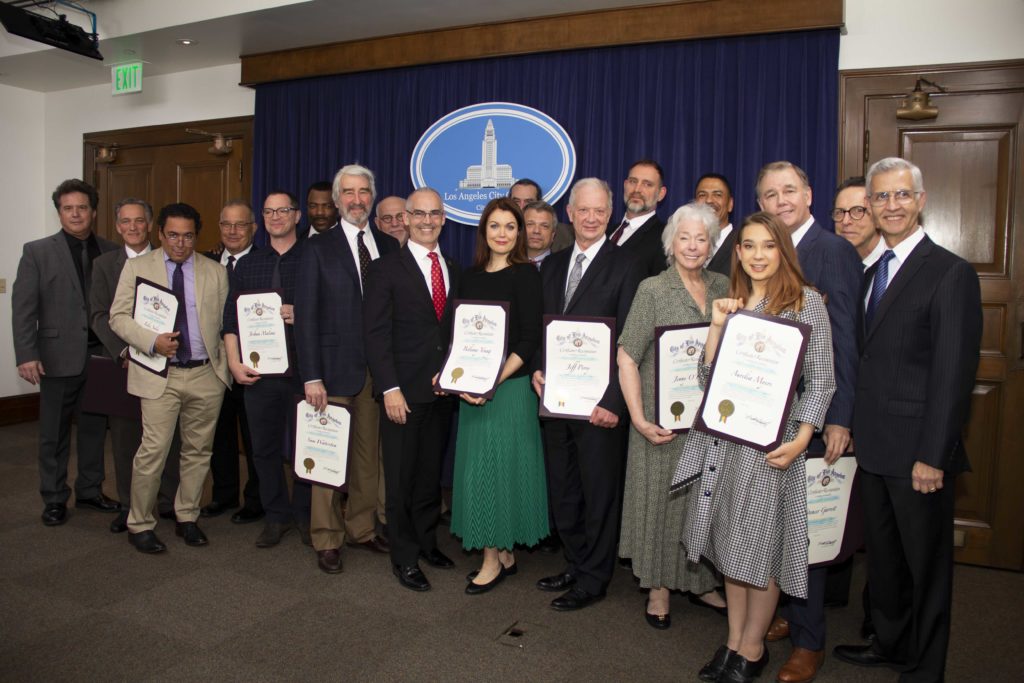 The Fountain Theatre is a non-profit producing organization established in 1990 by co-Artistic Directors Deborah Lawlor and Stephen Sachs dedicated to providing a nurturing, creative home for multi-ethnic theatre and dance artists. Here we develop provocative new works or explore a unique vision of established plays that reflect the immediate concerns and cultural diversity of contemporary Los Angeles and the nation.

In an era of urban anxiety, ethnic hostility and wavering spirit, The Fountain offers a safe, supportive haven for a family of artists of varied backgrounds to gather, interact and inspire each other toward the creation of work that will ignite and illuminate the community from which it’s drawn and give creative voice to those who may not otherwise be heard. 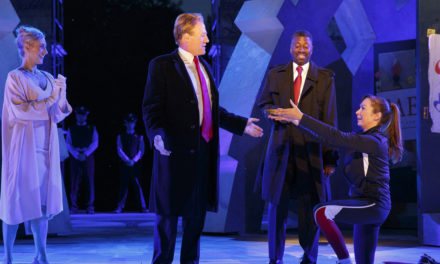