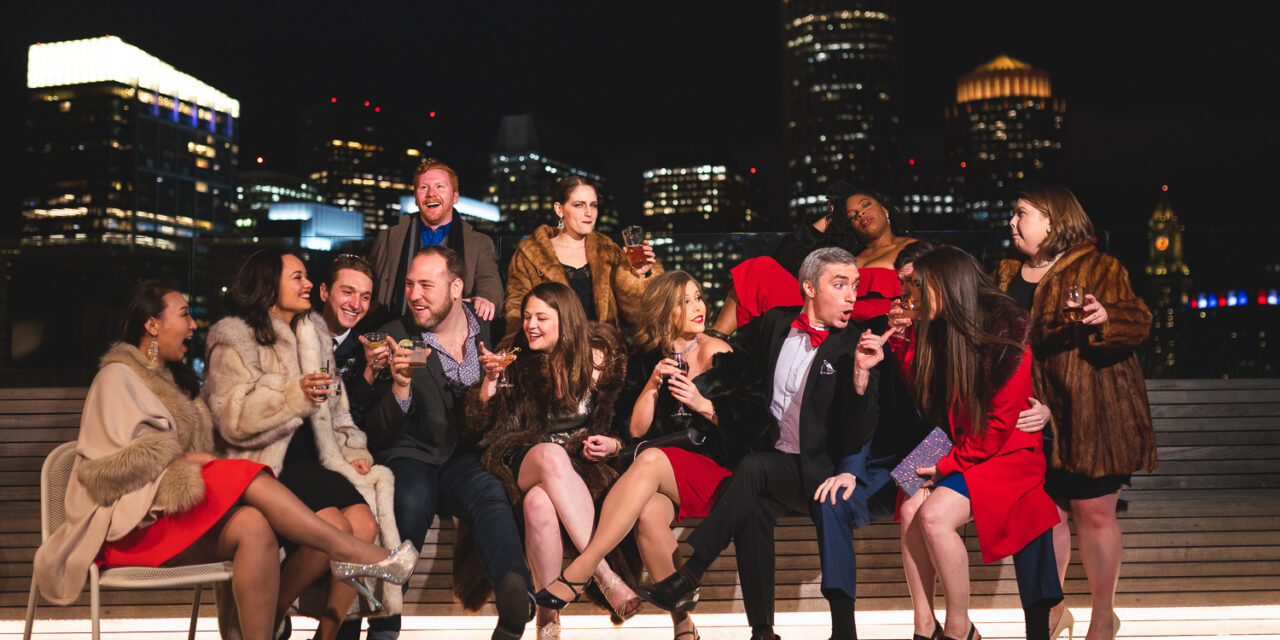 Hilarious, energetic, and engaging, Mass Opera’s Die Fledermaus was pure joy from start to finish.  Johann Strauss II’s iconic 19th-century opera was translated by Sarah Ina Meyers and adapted with a 21st-century twist, directed by Cassandra Lovering.  The opera’s recits – which, in opera, are typically scenes that further the plot in which the “dialogue” is sung through – were replaced with a perfectly comedic modernized script that updated the story for the modern day.  While at first this replacement of singing with spoken word felt jarring, it ultimately proved to be a well-executed update to the show.  The new script mixed with the classic arias performed by a wonderfully high-energy cast of performers made this production of Die Fledermaus as a sweeping success.

The plot is Shakespearean in its complicated comedic deceptions and tales of mistaken identity.  The show begins with the famous and socially conscious Rosalinda (Kirsten Fahning) and her personal assistant Adele (Carina DiGianFilippo) preparing for Rosalinda’s husband, Einstein’s (Craig Juricka), imminent arrest.  Rosalinda, constantly concerned with her public image, is doing her best to quiet the situation when Einstein’s best friend Falke (Mitch FitzDaniel) comes by their home and convinces Einstein to attend a party thrown by the famous Prince Orlofsky (Brianna Meese) in disguise instead of going off to prison that evening.  As Einstein goes to prepare, Falke reveals to Rosalinda her husband’s new evening plans, and she vows to catch him in the act of deception by attending the party herself.  Before she can leave her home, the evening is further complicated by the arrival of Rosalinda’s former lover, Alfred, who is committed to winning her back.  They all end up at Orlofsky’s party (except for Alfred who has accidentally taken Einstein’s place in prison), as hilarious hijinks ensue.

Central to the plot was the relationship between Rosalinda and Einstein, and both Kristin Fahning (Rosalinda) and Craig Juricka (Einstein) captured the affection of the audience from the beginning.  Rosalinda is a complex character to play as she goes through a lot of development throughout the course of the opera: she begins the opera as an uptight TV star concerned with looking perfect, annoyed with her husband for messing with her image.  As Orlofsky’s party unfolds, she enters as the mysterious belle of the ball, determined to catch her husband red-handed in his infidelity.  Ultimately, she engages in a high-energy argument with Einstein resulting in her commitment to being more present rather than so concerned with her image.  Fahning was perfectly able to capture every aspect and emotion of Rosalinda both with her beautiful singing and her speaking.  Further for the character’s entire journey, we remained on her side even as Rosalinda displayed some of her flaws.  Juricka also engaged the audience every time he was on stage with his rich baritone voice and high energy performance.  Though his acting was, at times, over-the-top, he was always much fun to watch onstage. 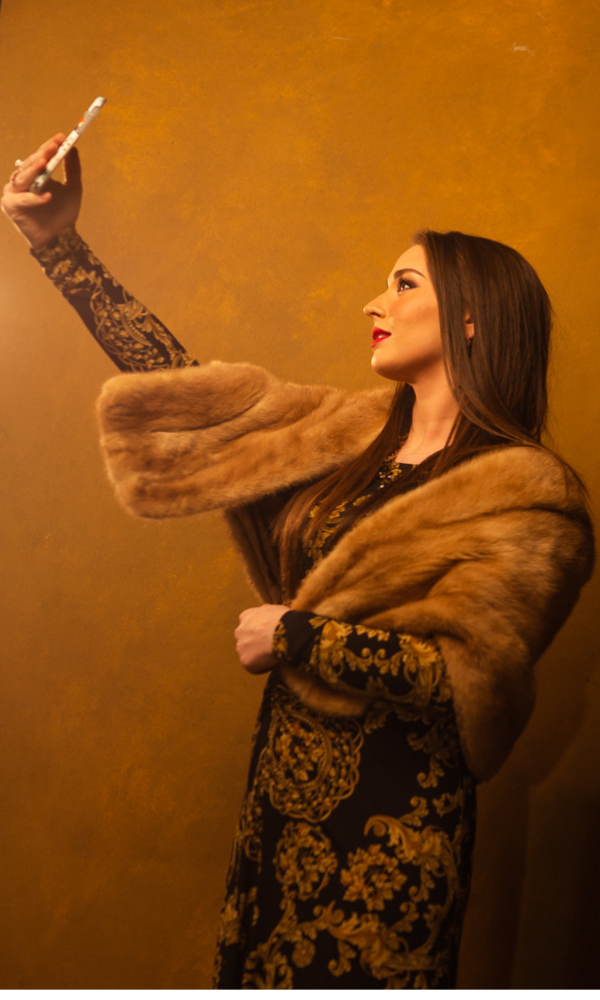 Carina DiGianFilippo (Adele) and Colin Campbell (Alfred) were two other performances I was enchanted by for their incredible voices and their calm yet enrapturing stage presence.  DiGianFilippo played Adele, Rosalinda’s personal assistant, who begins the show annoyed at her work and her boss but emerges as a bright budding star at Orlofsky’s party, which she attends in disguise.  As DiGianFilippo sings about her dreams of becoming a movie star and playfully mocks Einstein for his plight, she lights up the room and her voice soars.  Campbell (Alfred) also captures the hearts of the audience members as he saunters onstage with his powerful tenor voice and his scruff.  His comedic timing was perfect as he tries to recapture Rosalinda’s heart throughout the story.

One actress who bears special mention is Brianna Meese who played the role of Orlofsky when I attended the performance.  Before the show began, the director announced that the actress typically playing the role was unable to perform, and Brianna had learned the role in one day and would be performing for us.  Incredibly, had the director not made that announcement, I would have had no idea that Meese was new to the role.  She walked onstage in a top hat and tails smoking an old-fashioned cigarette with so much poise and swagger, one would think she hosted upscale, socialite gatherings every evening.  Her voice was beautifully rich and she played the character which just the right balance of charismatic indifference one would associate with a wealthy foreign prince.

Not to be forgotten were the secondary characters and ensemble members who were so memorable and stole the scene whenever they were onstage.  Pier Lamia Porter, the actress who plays Ida – Adele’s faithful friend and Falke’s lover – was one example of a secondary character who made her mark on the production.  Her stage presence was phenomenal and even when she wasn’t singing or the center of the scene, I would find myself looking for her in the crowd to check in on how she was reacting to the scene.  Jeremy Fisher was another highly memorable member of the ensemble who captured my attention with his infectious high energy and full embodiment of his characters.

Strauss’s iconic opera was wonderfully adapted to tell a timeless story of love, humor, and deception with a new 21st-century lens by Sarah Ina Meyers. So many of the stories told in opera are timeless – stories of love and betrayal and nights out on the town.  Replacing the recits in this production of Die Fledermaus with spoken scenes made this production feel even more relatable and the projections of the character’s texts and twitter feeds worked extremely well to support this updated story.  The whole experience was intimate like the audience members were invited to the party, too, and the characters were just the kinds of people one would want to watch at a fancy event.  Every performer in the production brought the story to life with their vibrant personalities and beautiful voices.  My evening at Mass Opera’s Die Fledermaus was enjoyable in every way, and I raise a glass to the entire production team on an opera experience very well done. 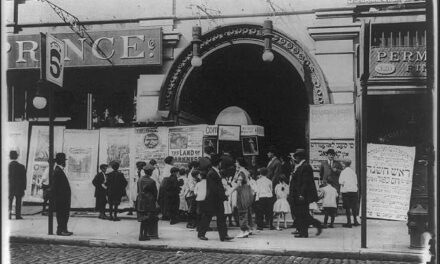