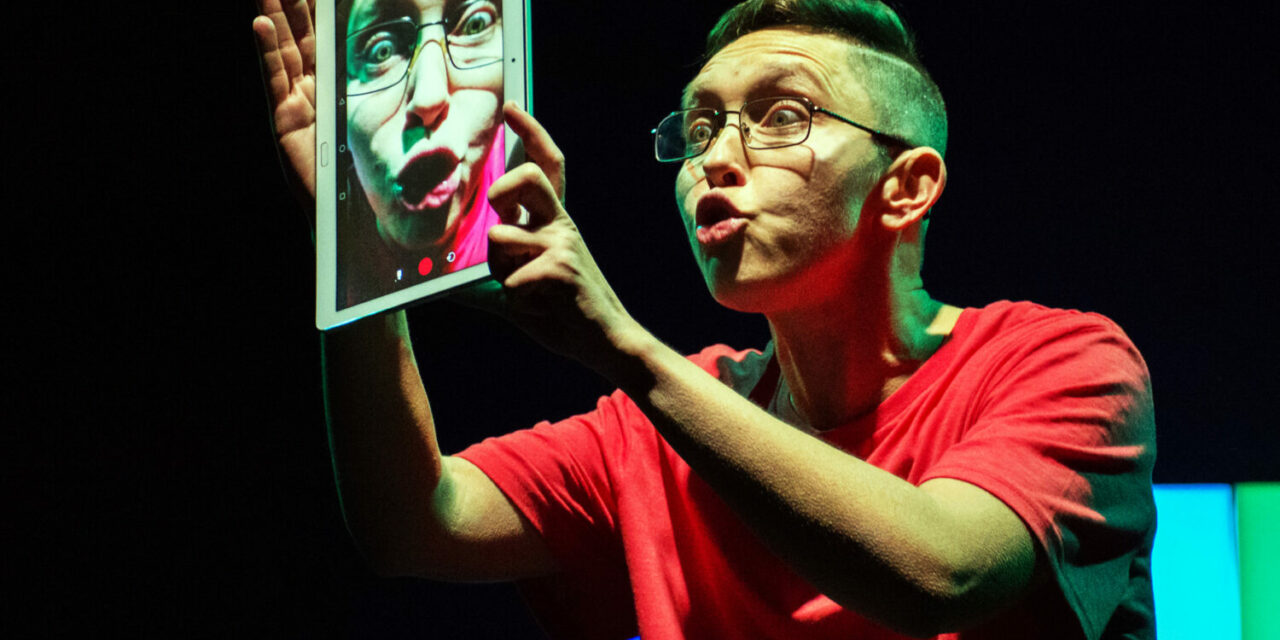 A performance for teenage schoolchildren of Diego Casado Rubio’s Millones de Segundos (English title: Millions of Seconds) at Teatro El Extranjero offered an opportunity to catch one of Buenos Aires’ most acclaimed fringe productions of recent years. Casado Rubio takes the story of a North American trans teenager with Asperger’s and uses it to provide the storyline for a piece that reflects physically and narratively on what it means to feel like an outsider.  Alan (Raquel Ameri) has been counting the seconds it takes to do anything and everything since they were five. 554 million seconds later they are still struggling, as a trans person—a boy trapped in a girl’s body—to function as a male, but doctors are unwilling to respect their desire to transition and their working-class mother, Clarisa, finds it difficult to understand what they want and why. Solace comes in the name of their dog, Samson, first seen asleep on the stage as an iPad plays scenes of a boy playing with a dog on a beach. In Víctor Labra’s gentle performance, it’s not at first clear whether Samson is a human or an animal but as the piece progresses, Samson’s role is crystalized and forms the backbone of Alan’s support structure in a world where they so often feel isolated and misunderstood.

Casado Rubio (who also directs) creates a piece about embodiment. Alan is first seen moving towards the audience, a naked female body who puts Alan together in front of the audience. Alan’s role is constructed before us from the puddle of clothes on the floor—the binding of the breasts, the girl’s school uniform—that is then cast off and replaced with the boyish trainers and loose-fitting tee-shirt. The transition is performed as Alan takes shape. With their lopsided grin, round glasses, baseball cap, and bright red tee-shirt, Alan bounces across the stage with relentless energy. They dance alone, bobbing and spinning to the sound of the pulsating beat. Alan clutches their dog—initially this involves creating a single entity with Samson as the bodies of both performers fuse together on the floor — and then, in more desperate moments where he hits and slaps himself in frustration, Samson provides solace and comfort. In Víctor Labra’s moving performance, they speak together with tenderness and understanding, they share intimacies and fears. Samson comforts Alan when they panic, enveloping the teenager protectively within his expansive torso. Samson is the only entity able to offer solace when Alan notes dispassionately that “I am from another planet.”

Alan speaks to the audience freely and honestly: their dislike of open windows; the sense of security that shut doors provide; the regular changes of schools because they don’t (in their own words) ‘fit in’; the self-harm that follows the beginning of menstruation; the uploading of videos playing with Samson to YouTube as a way of sharing aspects of their life with others. Alan’s lorry driver father is an absent figure, his mother Clarisa (Estela Garelli), a domestic cleaner, finds it difficult to empathize with her son. Her loud steps and her fixed posture create the sense of a figure who cannot easily adapt. This is a woman who, literally, cannot let go of her handbag. There is a sense of rigidity that is heart-breaking to observe. The set, designed by Casado Rubio, provides a rectangle of lightboxes that flash out an array of colors. They are moved to create seats and surfaces for Alan to sit on and create the sense of Alan’s restlessness, the lights on in their head 24-7, a pulsating universe that just can’t keep still.

Víctor Labra gives Samson a noble, calming stage presence. Garelli’s height provides an imposing maternal presence. Ameri is remarkable as Alan: writing, dancing, pacing, panicking. Alan is a mass of restless energy. Unable to keep still, they writhe and coil; they hop and bop; they lash out as a meltdown takes hold. They seek to find reflections of themselves that they can identify with in their iPad. Their pain is palpable.  The tale of Danielle Jacobs (known to friends as Kayden Clarke) whose wish to transition was blocked because of their Asperger’s, hovers over the narrative. Jacobs/Clarke was killed by police responding to a suicidal-person call at their home in 2016. A 2015 video of Clarke being comforted by their dog—provided as part of a support service for their condition—as they repeatedly slapped themselves in frustration and anger, clocked up over 2.5million views and an array of supportive comments praising the bravery involved in sharing aspects of their condition in the hope of heightening public awareness.

Millions of Seconds is a lean piece of theatre. Clocking in at 70 minutes it tells its tale with little fuss and a central focus on the embodied experience. Its success—it has been running on the alternative theatre scene at Teatro El Extranjero since its premiere in June 2017 and won a plethora of awards, including three ACE prizes, the Trinidad Guevara prize, and three Teatro del Mundo prizes—has turned into something of a theatrical phenomenon. The teenage audience responded with tenderness and understanding of the issues raised by the piece. Casado Rubio doesn’t end the play on a dour or tragic note; Alan is defiant as the lights come down, dancing across and then off the stage on his own terms: defiant, tall and engrossed in an experience that allows them to be whatever they wish. 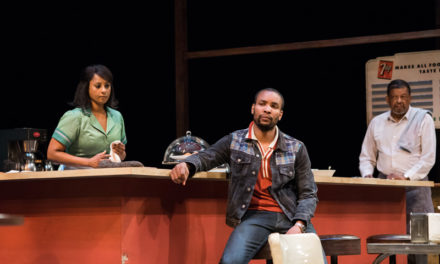