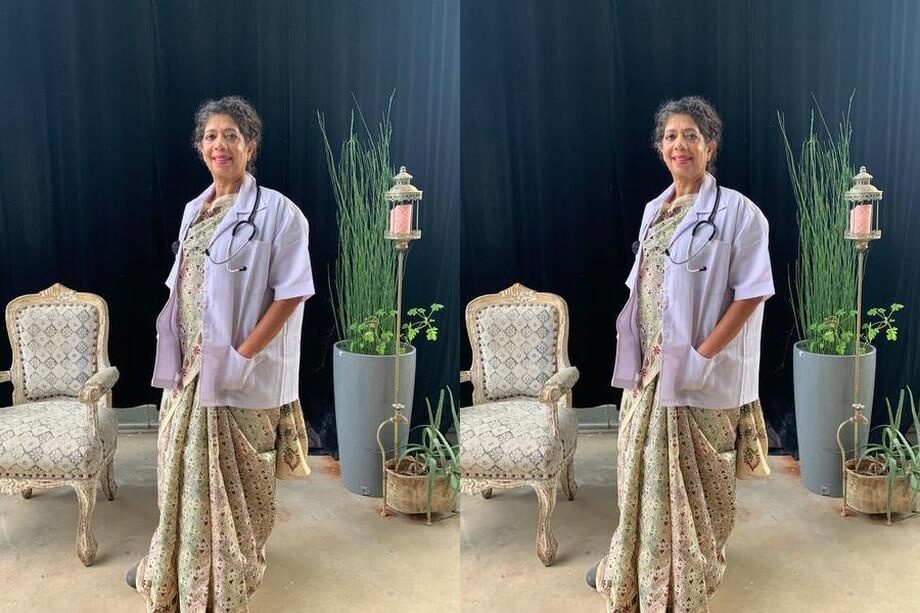 The Amazing Flabby-Breasted Virgin shows the poor light in which women’s bodies are seen in the medical community.

The Amazing Flabby-Breasted Virgin & Other Sordid Tales: read the title. Written and directed by Ayesha Susan Thomas and produced by KathaSiyah, a feminist-performance collective based out of Bengaluru, this digital show poses satirical questions about how women’s bodies are perceived and taught about within the medical community in India.

The curriculum for medical education in India is patriarchal, says Ayesha, speaking from Bengaluru. For Ayesha, 30, who has been in theatre for over a decade, this show is the beginning of a change that she hopes to see in society one day.

“You know what is bizarre?” she asks. “The curriculum says that a woman who is not a virgin has flabby breasts, and a woman who is has perky breasts.” She goes on to reply, “This makes no sense. I have just tried to turn this bizarre idea into a satire through the show.”

Ayesha says she was taken aback when she read that rape is termed as a natural offense in forensic medicine, and homosexuality as unnatural. “The statement itself—sex without consent is natural and consensual sex between homosexuals is unnatural—is contradictory and demeaning. Sadly, that is what is taught in class,” she adds.

The hierarchy is so strong in medical education that there is never a platform to ask questions about these issues, and even if somebody attempts to, it usually goes unnoticed, she says. Through this show, Ayesha has delved into the practices and complexities of violations that surround sexual and reproductive health rights in urban India.

Flabby-Breasted Virgin will have three segments: Pre-recorded live performances and two interactive sessions which allow the audience to explore the issue creatively. “Doctors and students have been pushing for change for decades, but unless we change what and how we teach, the change can never happen, and this is a first step towards that,” Ayesha asserts.

Sunayana Premchander, one of the producers of the play, feels that the issue is immediate and relevant. “Regardless of the location you’re from, the themes on access to medical care are relevant to us. And the fact that what is written in textbooks is so different from your own experience of your body is, to me, immediate and a subject of the present,” says Sunayana.

Once you start unpacking the subject there is so much to read and discover on what is taught to medical students in the country. Flabby-Breasted Virgin is a sordid tale that is based on what we know is real, she says. “We have tried to create something simple and engaging, all the while trying to make it more accessible.”

There will be digital performances of Flabby-Breasted Virgin from February 4 to 6 and February 11 to 13. Tickets are available on Insider.In .

This article was originally published by The Hindu on February 6th, 2022, and has been reposted with permission. To read the original article, click here.