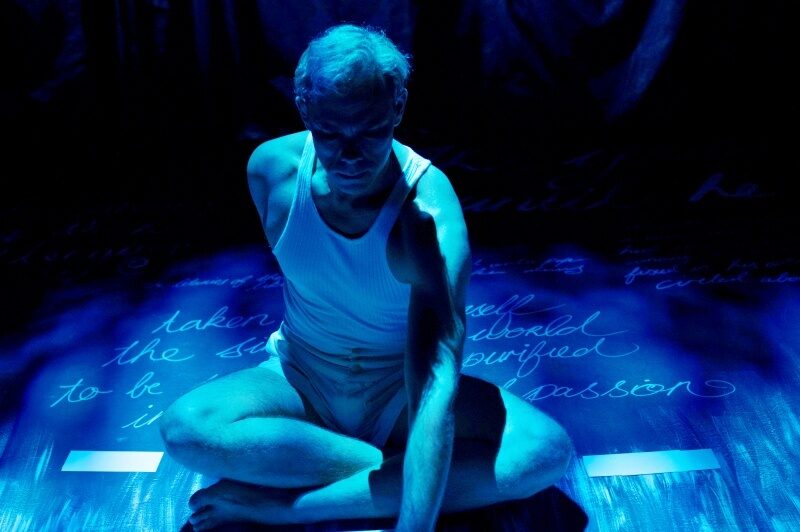 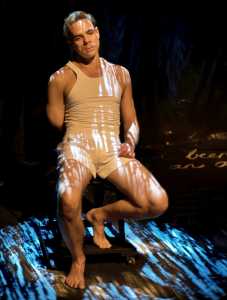 One Arm, the stage adaptation of a short story by Tennessee Williams, may not have attracted the same measure of fame and acclaim as A Streetcar Named Desire, but it generates undeniably potent theatre.

What makes it extraordinary is the density of its content allied to the economy of its expression, an enviable byproduct of emergence from the short story genre, in which there is no room for superfluity.

In One Arm we encounter a protagonist (Oliver Winemiller) whose destiny invites reflection, elicits compassion, and challenges conventional thinking; a character readily identifiable with those social pariahs dear to William’s and recurring in many of his works.

The handsome youth whose career in the navy and the boxing ring is brutally terminated by mutilation in an accident, is maimed not only in body, but also in spirit. His progressive degradation results in emotional atrophy as well as loss of self-esteem, so that in the course of his new career as rent-boy he remains coldly detached from his needy clients. What he has to offer is a mere commodity to trade in exchange for money, food and drink … until the appearance of one particular patron whose demands nauseate him to the point where his long-dormant self-respect awakes in revolt. What ensues culminates in death row with no hope of reprieve.

Central to both short story and play is the metaphor of a beautiful wild beast, dangerous but innocent, caged and impotent, its only release from ignoble imprisonment possible through death.

Another facet of Winemiller’s fate is that of redemption through love, evoking the figure of Christ, whose physical mutilation prior to crucifixion prefaced release from the carnal to the spiritual.

Such opulence of material compressed into an hour-long drama is a challenge to which A&M Productions have risen with their habitual finesse and creativity.

Staging is minimal, restricted to a set of chairs (mute reminders of the electric chair awaiting Winemiller) and skillful lighting design. Evocative costuming devised by Marcel Meyer supplies the rest, together with Charl-Johan Lingenfelder’s background music. 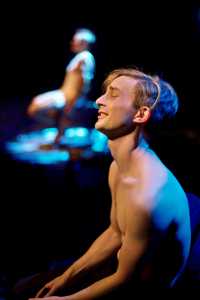 Memorable and rewarding for venturesome theatergoers

Entrusted with no fewer than eight vastly differing personae from minister to prostitute, sailor to gypsy fortune-teller, Matthew Baldwin displays astonishing versatility, at the same time sustaining the typical Southern drawl of Williams’ home state and trademark of the diction in his work. His lengthy opening prologue, balanced by an epilogue, are delivered with aplomb to underscore the tight structure of One Arm’sscript.

Sandwiched between the two are the numerous encounters of Winemiller and diverse individuals who bring him to the end-game of his short life. Meyer, as Winemiller, gives one his best performances to date: steady, unnerving eye-contact with his audience, emotional intensity at requisite moments, and an almost offhand response to the invasion of his privacy, combine to round out a complex character both alluring and repellent.

One Arm is not for the faint-hearted, as it makes robust demands on its audience; however, it is memorable and rewarding for venturesome theatregoers and highly recommended.

This article was originally posted by WeekendSpecial on February 15, 2022, and has been reposted with permission. To read the original article, click here. 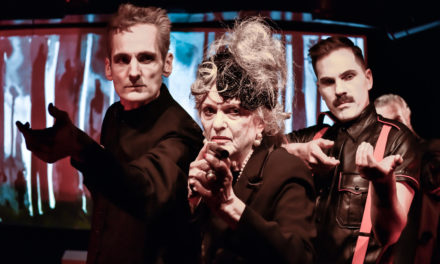