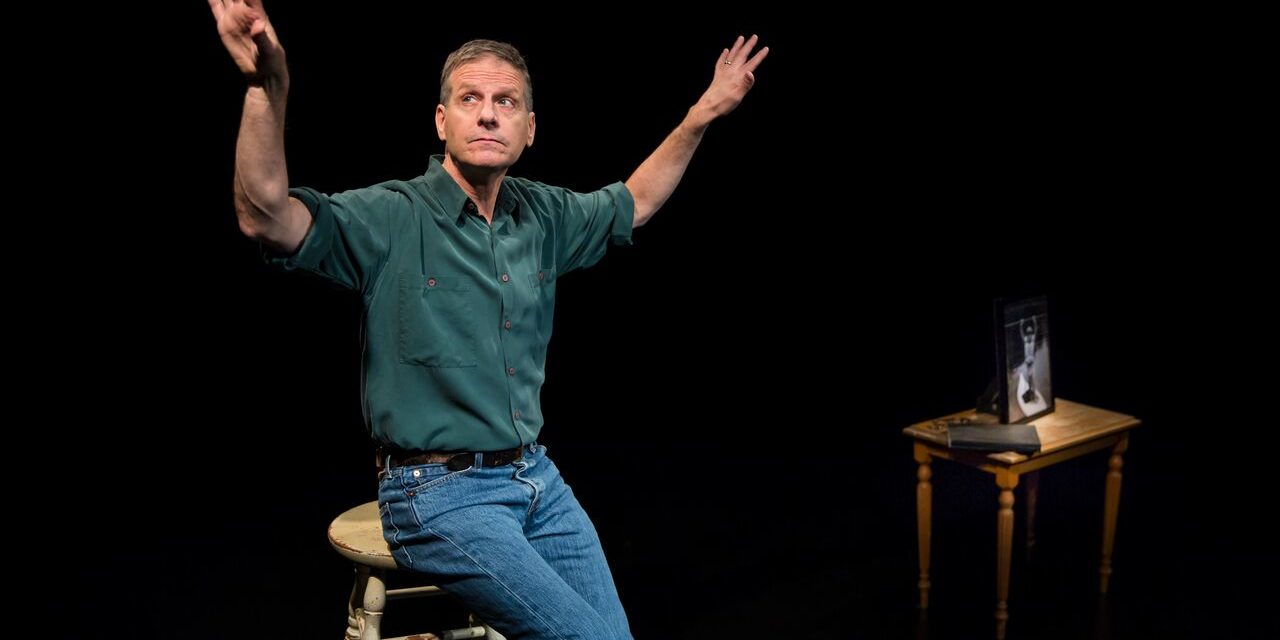 “Sun is bad for you. Everything our parents told us was good is bad. Sun. Milk. Red meat. College.”

So quips notorious sexual predator Woody Allen as Alvie Singer in Annie Hall. Alvie is Jewish so he doesn’t include Catholic school on that list. Martin Moran, the author and performer of the one-man show The Tricky Part, on the other hand, is Catholic and knows all too well the dangerous potential of Catholic schools. But having lived in New York for thirty-plus years, and being extremely funny, let’s face it, he’s basically Jewish. 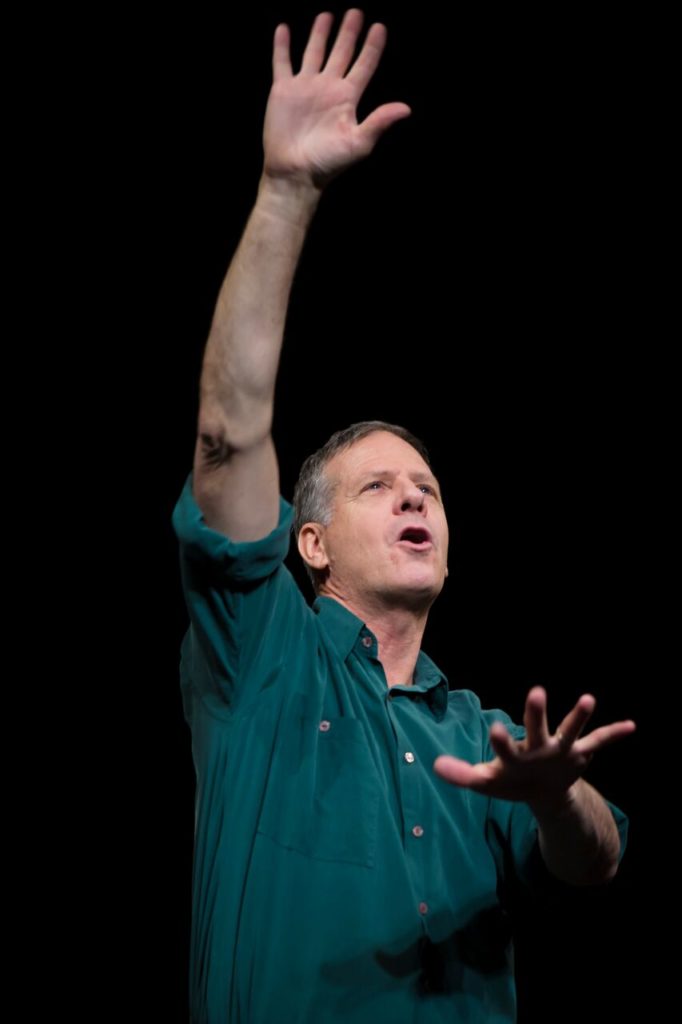 The Tricky Part, in revival at the Barrow Group, is an autobiographical tear-jerker about temptation, sin, forgiveness, and ultimately grace. Back in the late 70s, in a Catholic parish two hours outside Denver, Colorado, Moran was a twelve-year-old boy trying to make sense of his ecclesiastical teachers’ warnings against trespasses he barely knew the names of. At a church-sanctioned summer camp, he met Bob, a rugged and knowledgeable thirty-year-old Vietnam vet and camp counselor with whom he entered into a sexual relationship that would last the next three years. The Tricky Part, which is also available as a memoir (Beacon Press, 2005), details the evolution of that relationship and Moran’s decision, thirty years later, to face his abuser.

But using the word “abuser” somehow feels wrong, and that’s the tricky part when writing or talking or thinking about this play. Because where Moran succeeds so brilliantly is in depicting the complexity of his relationship with Bob, a relationship that wasn’t without tenderness or even love. As a twelve-year-old, little Marty was conflicted about what was being done to him but also excited by it. As a grown man, he realizes that Bob damaged him inordinately, but also taught him a great deal, and made him feel seen.

However special their relationship may have been, Bob turns out to be a serial abuser, and when one of his victims eventually presses charges, he serves ten years in prison. Moran describes going to meet him after his release–some Christians/Southerners would describe such a meeting as a “come to Jesus.” He finds Bob in a VA hospital, the picture of pathos: a bloated man in his 70s, wheelchair-bound because of a recent preventable injury. You’d think Martin had come for a reckoning, but when Bob recalls details of their time together, it’s somehow touching and validating. This reckoning verges on rom-com. 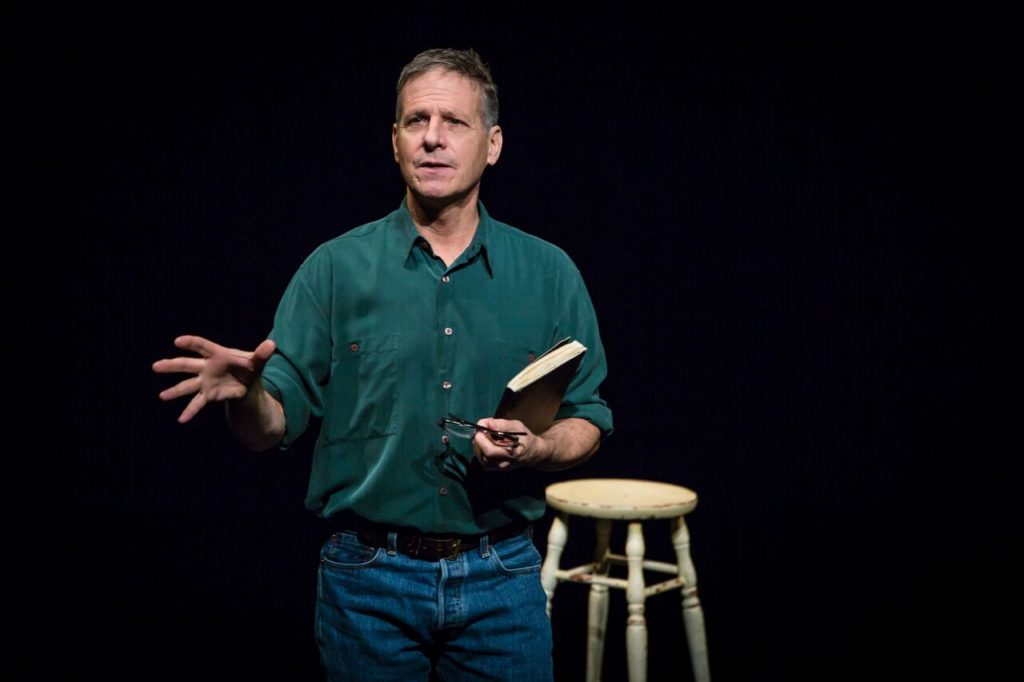 Moran is a subtle story-teller and his attention to detail–the quirks of his nun-teachers, the constellations visible on his camping trip with Bob–nothing short of surgical. The Barrow Group has a small performance space, and yet that doesn’t account for the intimacy of Moran’s performance. It’s his warm voice and soft, gentle eyes that make you feel like you’re sitting across a dinner table and he has just decided he can really trust you. A tender moment in the show comes early on when he asks if there are any Catholic school alumni in the audience. Shortly thereafter, during his description of his school’s 8:30 Mass, he sings their opening hymn, a simple melody like a children’s tune: “Sons of God, hear His holy word, gather ’round the table of the Lord.” I was tickled to realize it was becoming a little sing-along, with the Catholics in attendance, having already outed themselves, now smiling bashfully to their companions. The song goes on: “Eat His body, drink His” and here Moran paused, tilted his head to one side and grinned mischievously, “blood.”

The humor in the show is there for its own sake–neither to prime us for some horrifying revelation or nor to provide us with psychological relief. No, this heartbreaking show has funny bits because that’s how life really is: depressing, uplifting, amusing, profound, changing from one moment to the next. So too are human relationships, by turns validating and damaging.

This is not to downplay the gravity of what Moran suffered. Psychologically, physically, legally, it was impossible for him to truly consent to what was being done to him, and the consequences of the abuse are enormous. He mentions his adolescent suicide attempts practically as an aside, letting us know that he suffered tremendously, but that’s not the story of this play. This play is here to complicate things, to confuse our moral compass, not from the perspective of Humbert Humbert, but from the truthful and courageous perspective of little Dolores. 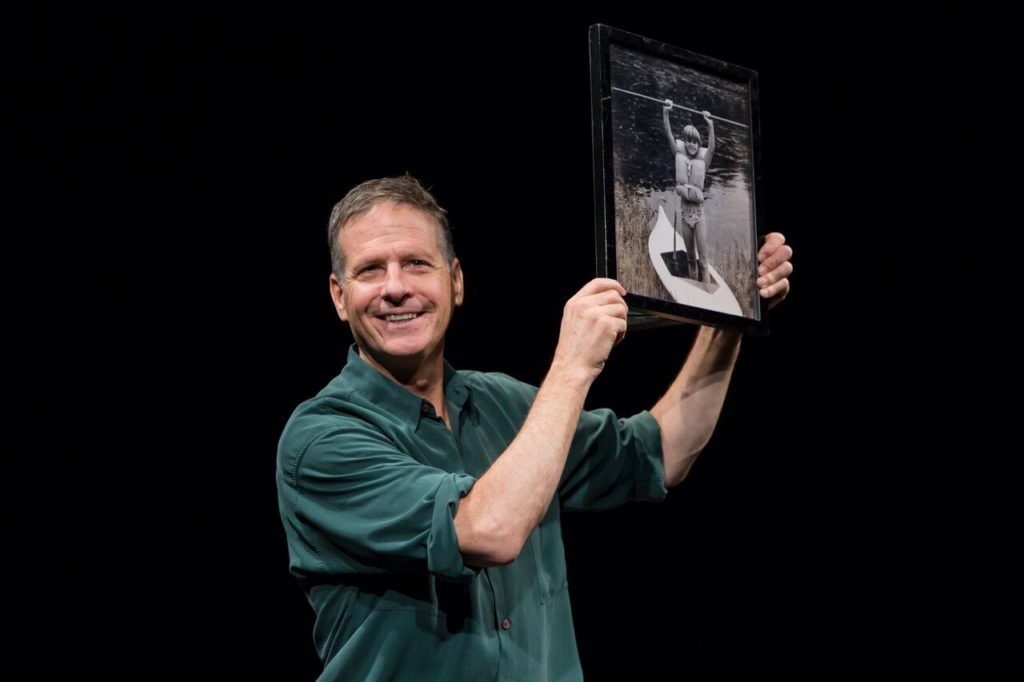 For many people these days, the Catholic Church is practically synonymous with the sexual abuse of minors. But The Tricky Part debuted back in 2003, not long after the Spotlight investigation at the Boston Globe blew the damn thing open. Watching the play, I tried to put myself in the mindset of someone seeing it fifteen years ago, just trying to wrap my head around the Church’s complicity in covering up sexual abuse and here comes this victim, urging sympathy for the devil. In fact, the emotional experience is no less surprising in 2018, when I found that Moran had drawn me towards compassion for his abuser. On stage, it takes him ninety minutes to do what he spent thirty years trying to achieve: grace.

A note from the author at the beginning of the script cautions us: “The play is an inquiry, not a confession.” And yet, with its stunning detail about Moran’s physical and emotional experience, the tone of the play is confessional. But what is confession really? In the Catholic tradition, it’s a speech-act that acquits the sinner of his burden, and it’s an obligation. We Jews do it differently. Once a year, on Yom Kippur, we confront the people we’ve wronged, acknowledge our guilt, and ask them for forgiveness. Quirkily, there is no Yom Kippur requirement to forgive. It’s entirely up to the person who’s been screwed over whether or not to absolve the screwer-overer. Moran’s thirty-plus in New York may have turned him into an honorary Jew, but his capacity for forgiveness, that’s something they don’t teach you in Hebrew school. 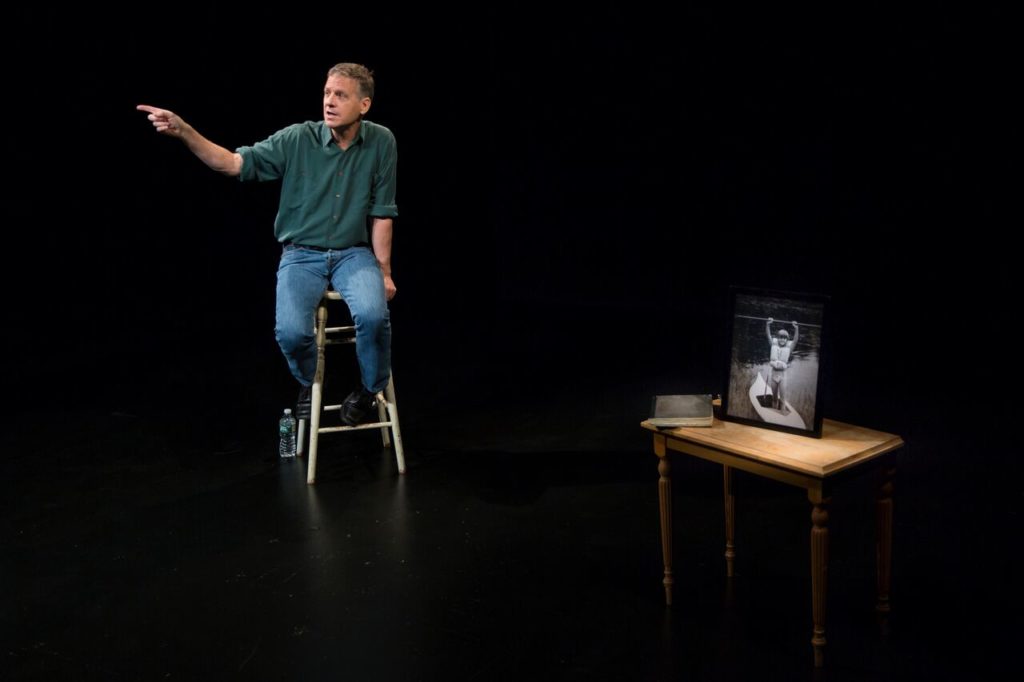