“I didn’t think this was what I would be doing when I left drama school,” says Oliver Chris. What did he think he’d be doing?

“I thought I’d be in linen on the telly, getting off a horse, or climbing out of the fountain. For a wannabe posh boy from Tunbridge Wells, you would have thought I’d have had a bigger bite of that cherry.”

Instead, he found himself – in his words – “in all this new stuff.” Having made his name in early Noughties sitcoms such as The Office, Nathan Barley and, most famously, Green Wing, latterly he has become a stalwart of new theatre writing, having starred in Richard Bean’s One Man, Two Guvnors and Great Britain at the National and Mike Bartlett’s King Charles III at the Almeida, among others.

One Man, Two Guvnors and King Charles III both transferred to the West End and then to Broadway – not bad for two new British plays by then largely unknown writers. “People are cleverer and more receptive than nervous producers would give them credit for,” says Chris. “People like to be challenged.”

Now, aged 38, Chris is sort of in a groove of playing the roles he thought he was always destined to play – ie posh boys. Before Christmas, he finished filming the BBC version of King Charles III, in which he plays Prince William. The resemblance, when he’s in the full regalia, is quite uncanny, though Chris still has the bright blond thatch of a teenaged Wills.

“I’ve lived my whole life with people saying ‘When are you going to be Prince William?’ I think I’ve auditioned to play him about four or five times. I’m so thrilled this was the one I got.”

He is currently playing Duke Orsino in the National Theatre’s new production of Twelfth Night which co-stars Tamsin Greig and Doon Mackichan as a female “Malvolia” and Feste and his old One Man… co-star Daniel Rigby as Andrew Aguecheek.

He is delighted to be playing Orsino, who in “If music be the food of love, play on”, has possibly the most famous opening line in all of Shakespeare. “When you say you’re doing Twelfth Night, the first question people ask is ‘who’s playing Orsino?’, partly because of the speech.

“But by the time people have sat through the play, no-one cares who played Orsino because no-one can remember he was even in it. That’s a real shame because he has a brilliant journey. I don’t think I’ve ever seen a Twelfth Night where I’ve seen it brought out,” he says. He can also be a bit of a sap. “He can be a real sap. I really, really hope that I will not be. The one thing I said to Simon [Godwin, the director] was ‘I’m not going to wear a red velvet dressing gown and lie on a rug, sipping a glass of wine, staring longingly off into the middle distance.’ That’s not happening. It’s now much more front foot. He wants to grab his opportunities.”

“The one thing I said was ‘I’m not going to wear a red velvet dressing gown and lie on a rug, sipping a glass of wine, staring longingly off into the middle distance.”

Chris himself is quite “front foot”, an energetic, rangy lad, who absolutely loves to talk and opines strenuously on everything from “the stultifying mediocrity of our political class” to Mrs Brown’s Boys (“Your eyes have just glazed over. I bet you voted Remain, too.”)

“Can you tell that I could literally talk about myself endlessly?” he asks me, more than once. He lives in north London and is “kinda single”, after his engagement to the actress Rachael Stirling broke up in 2011.

“My life used to be going to the theatre and the Groucho. Now it’s watching birds in my garden and going to Barry’s Bootcamp.”

Anyway, this Twelfth Night is going to be modern, heightened and a little bit crazy, he says. It will have to be, to fill the Olivier stage. “It’s like the Sarlacc’s pit in Star Wars. It’s a Colosseum” says Chris, with customary understatement. “It will swallow you.”

He disagrees with the theatre critic Michael Billington’s assertion that the National Theatre’s new programme shows a “staggering dereliction of duty” towards the classics.

“What is he saying, that he doesn’t want shows like London Road, or War Horse? Or One Man, Two Guvnors, or The History Boys? They’re all new writing and they are now part of our cultural heritage. They’re instant modern classics.”

Chris was raised in Tunbridge Wells – “the product of my parents’ trompe l’oeil…” – by two theatre-mad parents; his father was an accountant and his mother ran Watkins Books, an esoteric bookshop off London’s Charing Cross Road. The first play he saw was Peter Hall’s Animal Farm, at the National, when he was six years old. He joined a youth theatre at the earliest opportunity and got an unconditional offer from Central School of Speech and Drama six months before he sat his A-Levels. “So you can imagine how well those went.”

He got his first proper job before graduating, playing the new guy Ricky in the first series of The Office. It was a big break, though his family didn’t necessarily see it that way. After the first episode aired, he went to his Aunt’s house for a barbeque. “She came up to me and said, ‘I saw your first TV appearance’. She made this grimace,” he winces. “And put a comforting, clawed hand on my shoulder. My little heart was breaking.”

Once the world had caught up with The Office’s genius, it led to his role in Green Wing and various other sitcoms, including Bonkers, “the only ever unsuccessful Sally Wainwright show”.

“Now I look back on that time and think how lucky I was. I was jumping from TV series to TV series, I did seven series in seven years plus other stuff. Bloody hell.”

He has had plenty of time out of work since. “When people talk to me as if I’m some kind of constantly working actor, I get very confused. It’s not the case. I’m not sifting through offers.”

Most recently he appeared on TV in the pilot for Motherland, the brilliant new sitcom by Graham and Helen Linehan, Sharon Horgan and Holly Walsh; he is now waiting to see if he’ll be written into the full series.

“Broadway is an amazing opportunity but doing eight shows a week is a bit like being on day release. It can be quite isolating.”

His career took its current turn on his 30th birthday, when he got the part of Stanley in One Man, Two Guvnors. “The best birthday present I’ve ever had.” The show was a sensation, at the National, in the West End and on Broadway. How do audiences in New York and London compare?

“They still have a lot of rich, old, white people on Broadway,” says Chris. “It’s better in London. Broadway is an amazing opportunity but doing eight shows a week is a bit like being on day release. Whatever you do, wherever you go, you’ve got to report to the theatre every evening at 7 pm. That’s no burden, but when you’re living abroad and you don’t really know anybody, what do you do during the day? Once you’ve been to Moma and the Met and the High Line, it can be quite isolating.”

He sees his old One Man… cast-mate James Corden from time to time. “That guy is a genius; his interests, abilities and ambitions are all perfectly aligned. When we were in New York and he was being courted by everybody – Judd Apatow and JJ Abrams – he’d go out with those guys after the show, and he was the one making them feel relaxed. It’s what he wants and he’s excellent at it. Some chubby kid from High Wycombe and you’re going to begrudge him that? Good on him.”

Chris has done the pilot season in the U.S. “Once. It was, I would say, a disaster. I look forward to going and having my ego shattered again. It’s probably healthy. I was living with people who were doing really well. They’d come in every day and say ‘Oh my god, I just got this or that’. And I’d tuck into my peanut butter M&Ms and go back to playing Fifa.”

If anything is going to make America sit up and notice, it will be his next TV project, King Charles III, a play about the future of the monarchy and press freedom, written in blank verse. “I’ve probably been ignored and fired by the BBC more than any other person in England, but I am still a huge fan,” says Chris.

“For some commissioner to have the balls to commission this five-act verse, pseudo-Shakespearean, a future-tragedy play about the death of Queen Elizabeth, I don’t care which way you slice it, that’s brave programming,” says Chris. “If it’s controversial – good.”

Chris prepared for the role by watching footage of William, Charles and Diana, though stresses that his performance is not an impersonation. Since getting the part, he has become a huge fan of his subject.

“I get quite activated about this subject,” he says, leaning in. “That dude’s mother died in the most horrific circumstances, in his most formative years. Not only that, but it was splashed across the global press for years.

How do you heal with that going on? And how did he respond? He became a helicopter rescue pilot and he married a seemingly lovely girl and has two seemingly lovely children. He just seems to be this very calm, generous, gentle, open, caring, dutiful individual.

“If I were Prince William, who had gone on his journey, I’d be sucking back litres of mescaline in a desert somewhere in central America, questioning the fundamentals of truth. If anyone’s going to be my king, I want it to be that guy.”

Not Charles? “I mean… I could take Charles for a bit. If America can take Trump for a bit, if we can take Theresa May and Brexit, why not?”

In the meantime, Chris already has the next step of his career mapped out. “I’m holding out for The Crown, for when they get to season eight,” he smiles. “The William and Kate divorce series.”

This article was originally published in i News. Reposted with permission. Read the original article. 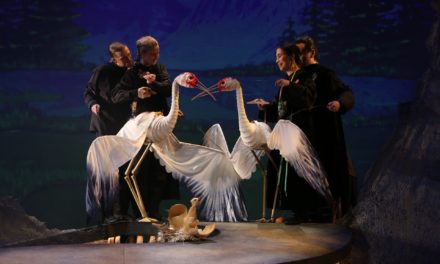 The Importance Of Documenting And Archiving The Performing Arts 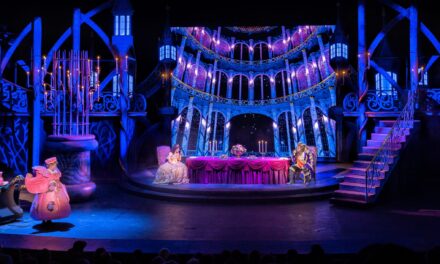