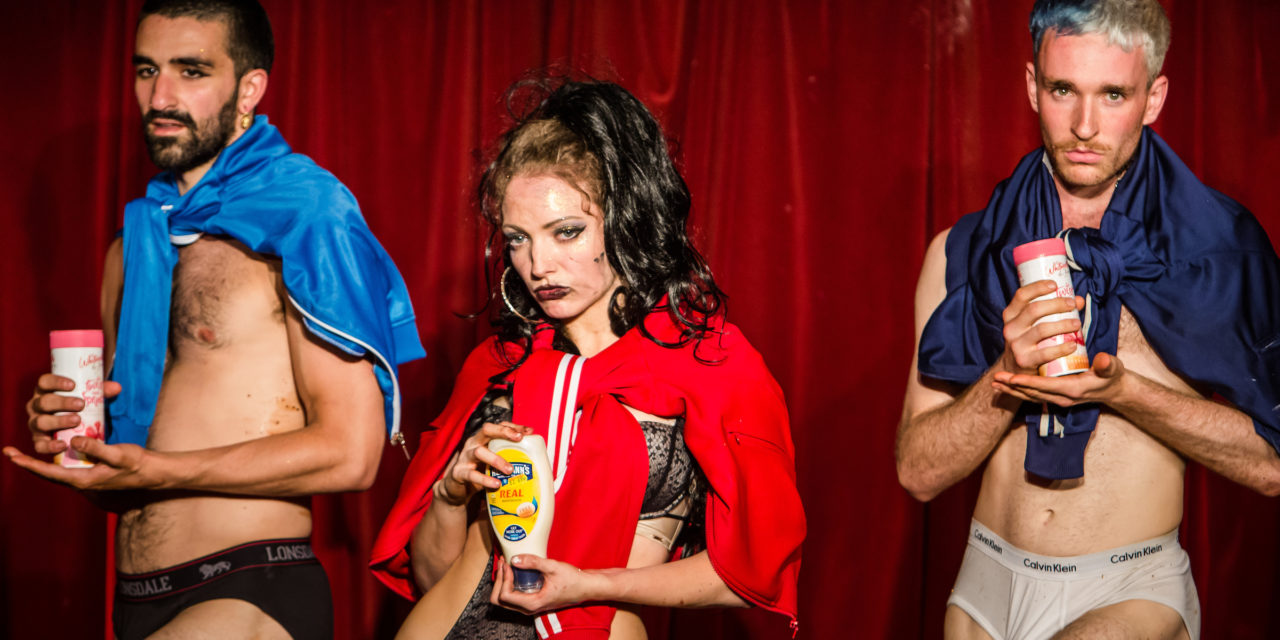 In 2010 performer Lucy McCormick became one of the three co-founder members of an all-female company Get In The Back Of The Van. Combining live art, writing, low key banter, cabaret, and theatre, the company proceeded to make a series of performances, installations, and curated projects existing within an intersection of art forms, genres and–often feminist–topics.

In some ways, Lucy McCormick’s independent project, Triple Threat, does build on this legacy–in others it pushes forth in its own way.

As promised by the title, McCormick is a consummate and virtuosic performer as a singer, dancer, and actor. However, her display is frequently a tongue in cheek attempt at self-parody of a kind testifying that her fourth and overriding talent is that of comic performance. As with Chaplin and Baron-Cohen, for example, there is something utterly authentic in her particular brand of pushing the boundaries of the acceptable to the point of unnerving cringe-worthiness and still staying on the safe side of comedy. In this particular show, self-branded as “post-popular, trashstep, dubpunk, experiential morality play” and re-enactment, which repackages the story of Jesus Christ in the style of a series of trashy MTV videos, there is a moment in which McCormick, following a moment of physical over-exertion, downs a bottle of red berry Innocent smoothie followed by the one-liner “That was a scene of Herod massacring the innocent.” And it works. 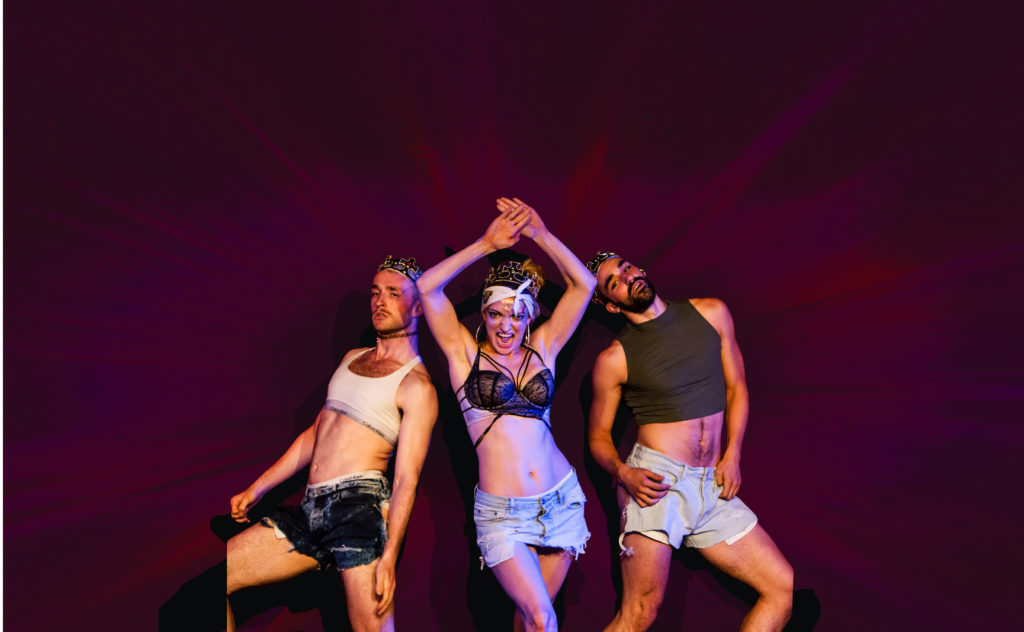 That said, McCormick comic style does not really withstand comparison to any existing male–or even female–comedian. Over the decades we have become familiar with a number of deliberately provocative tropes in male stand up comedy which female comedians have often ended up adopting for a similar effect–I’m thinking of endless stories of masturbation for example. McCormick’s own show opens in medias res–actions rather than words–taking this trope as an initial cue but turning it into something more substantial, and into the very dramaturgical core of this piece. Without giving too much away, it would be safe to say perhaps that the explicit use of genitalia will acquire various additional levels of meaning in the course of this performance.

In this respect, the spirit, though not necessarily the look of McCormick’s show might also be seen to fit in with the traditions of feminist live art and neo-burlesque. However, what once again distinguishes this particular artist is that her demeanor, aided by her technical accomplishment and Ursula Martinez’s subtle direction, is less concerned with making an explicit political statement than with truly entertaining the audience. She bares all with the earnestness–and self-consciousness–of a four-year-old. The same applies to the way in which she bosses around her two helpers–Sam Kennedy and Ted Rodgers–backing dancers and vocals, players of bit parts and part-time angels in Calvin Klein pants. It is disarming, often just sweet and largely forgivable.

Under the veneer of messiness, irreverence and faux naivete, there is certainly a kind of mad genius at work here. The choice of each pop hit from Justin Bieber to Christina Aguilera though seemingly selected for the singer’s own self-indulgent reasons is actually carefully chosen to sit at a particular narrative point of the proceedings and thus gain a new kind of significance in turn. The show benefits from tremendous clarity and integrity in terms of the paradigm of artistic choices it draws from. For example, its entire props list could be sourced from a couple of supermarket aisles. However, all the foodstuffs–including Nescafe Gold, frankfurters, and meringue at the birth of Christ (get it?)–have been clearly submitted to rigorous scrutiny for narrative, aesthetic, and sequencing effect before being deployed in the show (you’ll long remember the use of Nutella in this particular production).

Far from wishing to sound twee, this really is a show which gives another meaning to the proverbial putting of one’s whole being on the altar of one’s art. And the triple threat of the title may as well read as clever, brave and funny.

Lucy McCormick: Triple Threat will be at the Soho Theatre December 11-16

Devised and performed by: Lucy McCormick 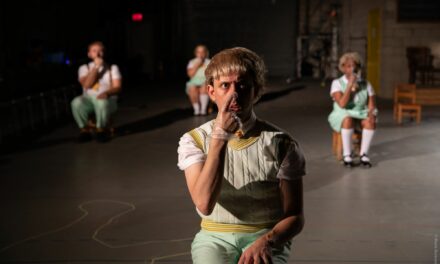