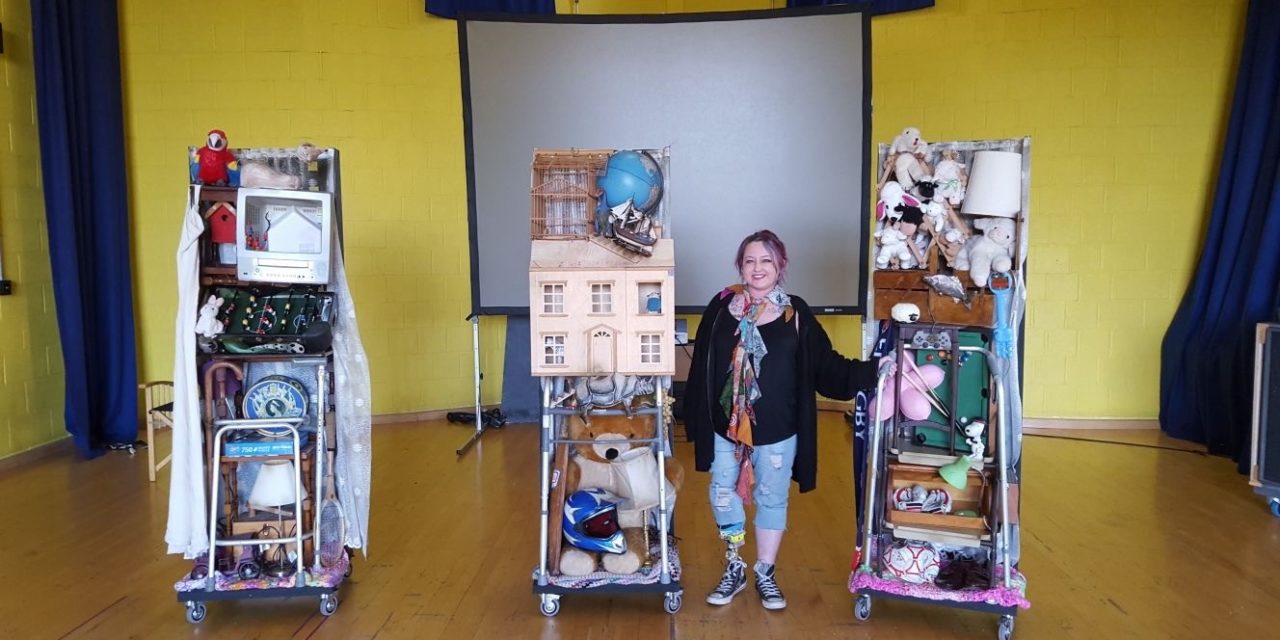 Gemma Nash speaks to the poet, comedian, and theatremaker Jackie Hagan about her dual identities as disabled and working class lass, and her career thus far as she prepares to debut her latest piece of theatre This Is Not A Safe Space.

From local poetry nights to international literary festivals, Hagan has always had a passion for making sure working-class identity is celebrated both on the page and in the theatre.

Hagan went to Manchester University in 1999 where she studied Philosophy. But, in her final year, she had a breakdown and ended up in a psychiatric hospital. As an outpatient, she joined a “survivors” poetry workshop and started performing poetry at local open mic nights.

Looking back, she feels that her breakdown was partly sparked by the prejudice she faced as a working-class student in a very middle-class environment. She quips, “I didn’t realize there was a class system before University, I just thought there were people with slightly nicer shoes.”

“The Green Room was great – it was a massive loss in Manchester when it closed down because it was so experimental. It was like arts family hub.”

Reminiscing about the Green Room, Hagan considers how the performance poetry scene has changed over the last 20 years.

“It used to be something we all did as a laugh. But now, because of poets like Kate Tempest, people have started noticing that you can make a career out of this…I wonder if people are less risk-taking because it’s like ‘shit, I have to do what the Arts Council want.’ I don’t think the Arts Council do want you to be bland at all, I don’t think anyone does.”

This identity led her to become involved in disability arts organizations such as Graeae and Unlimited (administered by Shape and Artsadmin). Unlimited, she says, have a really good attitude towards challenging perceptions of disability and supporting disabled artists with a range of access needs. In her words “I could soak that (positivity) up and not go mad.”

She also became interested in exploring the complex and interviewing nature of both disability and class identities in times of austerity. This prompted Hagan to write her latest show: This Is Not A Safe Space.

This Is Not A Safe Space brings the voices of “proper skint disabled people” to the stage. The premise of the show is to challenge stereotypes of disabled people being victims, Paralympians or scroungers.

Hagan acknowledges that disabled people aren’t the only group who have been hit by “the cuts” or suffered from stereotyping or scapegoating. She explains that it’s impossible to represent everyone in a show and the aim isn’t to invalidate other people’s suffering. The show is about going “yeah, we’re just normal people, somewhere in the middle.”

Hagan began her initial research into this show by interviewing people who attend a local arts and wellbeing center in Trafford. She had been running creative writing projects there for several years, so she knew the participants really well. This, she says, was a good way to develop her research techniques and questions.

The stories were so powerful that she wanted to collect more stories from people outside of her networks. And so she approached Unlimited for further funding to enable her to interview more people. Hagan then spent several months interviewing people on the streets, in pubs, and through social media. She also visited people in their own homes.

“I hung around shopping centers and talked to people on the streets which was good and weird. You do get a lot of people telling you to fuck off (laughs), or people thinking you want money out of them.”

As well addressing disability, the show also challenges stereotypes and assumptions made around class. For Hagan, there is still an expectation to look and sound “proper”–or “posh-up.” She is very keen to explore and challenge that expectation.

Within the poetry world, for example, working-class dialectology is often perceived to be undeveloped and inferior. So in the show, Hagan demonstrates the ingenious verbal games working class people play with each other. She compares these games to the lyrical mastery of Shakespeare.

Hagan passionately believes that being an artist is about being authentic and telling diverse stories. Working class culture, she says, should be celebrated and explored within all art forms, not shunned. This is perhaps why she absolutely loves the community-based arts productions.

“I do prisons and workshops and stuff like that and so I walk in and I look like a vegetarian that lives in a tree and people are like ‘who the fuck is she’ but as soon as I open my gob then it’s like ‘okay she’s one of us, cool’”

This Is Not A Safe Space premiers at Manchester’s Contract Theatre on Friday, October 27 and Saturday, October 28, 2017. It will be touring the UK throughout the rest of 2017 and into 2018.

This article was produced in partnership with Disability Arts Online. 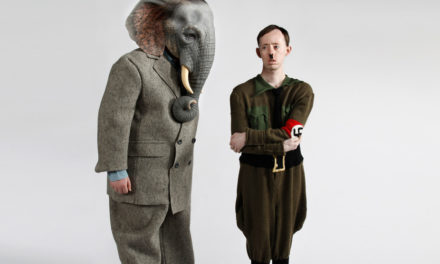