At the beginning of the Seventeenth Century, Shakespeare was writing Henry VIII, Lope the Vega was creating Fuenteovejuna, and their respective countries of origin were not in the best of relationships. England and Spain have a history of opposition and war, featuring infamous episodes such as the Invincible Armada, Trafalgar, piracy, and the Thirty-Year-War. Things were different on the theatre stage, though. These two nations have shared more than their political histories show. Both in England and Spain, theatre underwent a Golden Age during the Seventeenth Century. Thousands of miles apart, in the Elizabethan thrust stages and their Spanish counterpart, the Corrales de Comedias, common people and aristocracy crowded to witness the genius of the prolific playwrights who would establish a new cannon for classics. Two very different countries with equally distinct cultures seemed to somehow connect across the distance.

Despite the centuries and diverging political histories, this Anglo-Spanish theatre connection is still alive. That is what Rodrigo Arribas, co-founder (with Alejandra Sáenz) of the Spanish theatre company Fundación Siglo de Oro, producer, director and actor, discovered. After working for la Compañía Nacional in Spain, he felt classics like Lope’s, despite their age, had the capacity to offer a mirror modern society, but there was something missing in the forms being used. When the Royal Shakespeare Company came to the Teatro Real de Madrid presenting four plays of the Spanish Golden Century, Arribas was inspired by what he saw:

“The English had a kind of tools, in directing and acting, that we had not been developing in Spain, even though some professionals like Vicente Fuentes had been advocating for them for years. These tools, used by the Royal Shakespeare Company, were developed after research process that took place when the RSC started noticing a decrease in the attendance to their repertory, essentially because there was a breach between the way they were doing Shakespeare and the audience.”

Under the direction of Laurence Boswell, Arribas saw the Spanish classics reveal the timeless conflict lying at their core. The detachment between English Elizabethan verse and modern speech, which is not so heightened in Spanish, has pushed English drama to emphasize verbal action over diction while Spanish drama focuses on the sound and enunciation. This English technique, applied to Spanish classics, allowed for a renewal of the plays’ expressivity. Arribas and Sáenz were inspired and in a bold move, invited Boswell to direct Lope de Vega’s El Perro del Hortelano and then Fuenteovejuna. Not only he was successful in his enterprise, this production opened a new fruitful collaboration. “Fuenteovejuna was an adventure, an incredible experience, a production with a great number of public institutions collaborating with a cast of 36 actors,” recalls Arribas. On top of the established Spanish structures for theatre production, El Perro del Hortelano and Fuenteovejuna brought designers and artists from the West End. Little by little, Fundación Siglo de Oro built up a unique team, embracing all these new ideas that matured in a production of Lope de Vega’s Castigo Sin Venganza, directed by Ernesto Arias, which included collaborators such as Will Keen, from Cheek By Jowl. Working with established international artists pushed Fundación Siglo de Oro to use models that break the fourth wall and incorporate the audience into the dramatic action. “And that’s how it all began,” explains Arribas. “We wanted to obtain that sort of knowledge, in hopes of finding our own application in the future. But we also had to be independent and take responsibility for the tools we had received by adding our own perspective.” 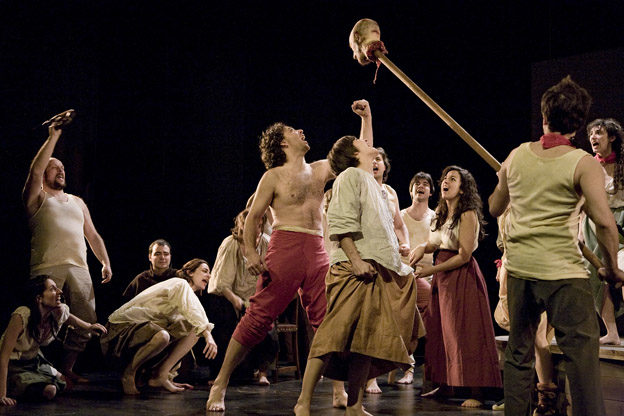 A new exciting model, a dialogue between the Spanish and the English theatrical traditions was being built. The international collaboration that lay at the foundation of Fundación Siglo de Oro allowed this relatively new company to beat the big national giants in the competition to present at the Globe during the festival Globe to Globe.

“The festival invited 37 companies from all over the world to produce each of the 27 Shakespeare plays in their own languages, and the Globe was looking for special synergies of the texts to the countries. We honestly had little hope to be selected. But when Dominic Dromgoole, the Artistic Director of the Globe, came to Spain and saw the candidates, we were incredibly lucky. He liked our Castigo Sin Venganza because he understood that the code we were using was closer to what the one they use and to their performance needs—as the Globe is a very singular space that imposes certain conditions on performance,” remembers Arribas.

Fundación Siglo de Oro presented Henry VIII at the Globe in 2012.  Out of the 37 plays, the production received the highest praise from the critics. As a result of this success, two years later, the Globe invited Fundación Siglo de Oro to present El Castigo Sin Venganza on their stage, becoming the first play by a non-English author to be performed at the historic site. And this year the collaboration between Fundación Siglo de Oro and the Globe crystalized in a production of Love’s Labour Lost, a project combining the creative process of artists from both institutions. With an adaptation by José Padilla (who had also adapted Henry VIII) and directed by Arribas and Tim Hoare, from the Globe, the play, not very well known in Spain, was widely acclaimed. 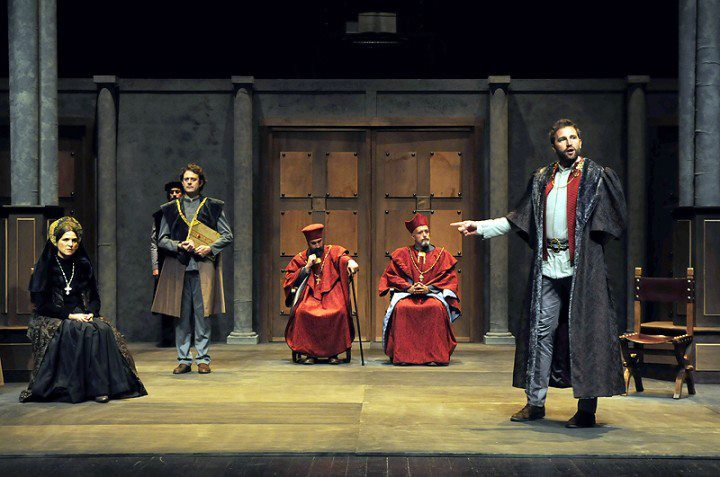 Two countries with appreciably diverse cultural perspectives met in Love’s Labour Lost. Arribas, who believes that an open disposition to learning and creating a dialogue was key in their process does not believe in those differences to be significant.

“In a way, we agreed on almost everything: on the play’s spirit, on what we wanted to tell and how we wanted to tell it. Then, there were small subjective aspects, Spanish small idiosyncrasies that could turn the audience away from the story, that required for us to find equilibrium.”

National differences and history become irrelevant in the work of artists looking to reflect on current times. Shakespeare and Lope become contemporaries, and England and Spain just geographical locations connect through theatre. Arribas believes that those differences are smaller than what brought them together:

“I insist that, as human beings, there are way more things that bring us together than set us apart. The nature of these authors, Lope, Calderon, and Shakespeare is so completely universal that it is not limited by any border. The development of theatrical tools for one of these authors can be applied to any of the others. My experience with Henry VIII in London or Love Labour’s Lost in Spain showed me that there is a true willpower to tell these stories, to build bridges over conflict, over human nature, to bring here something written four hundred years ago. The audiences truly appreciate it. We work to build those bridges, not only through text, but also other theatrical elements such as set design, costumes and lighting, and to give them to people of this century as mirror to reflect upon.” 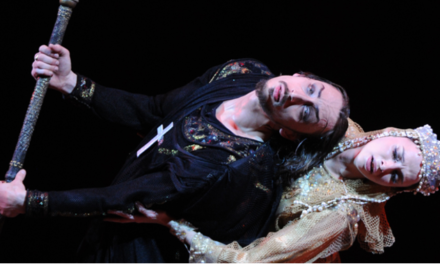 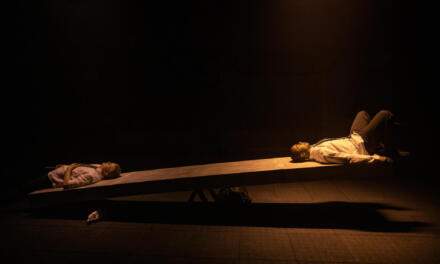 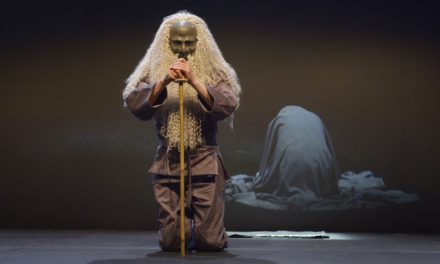