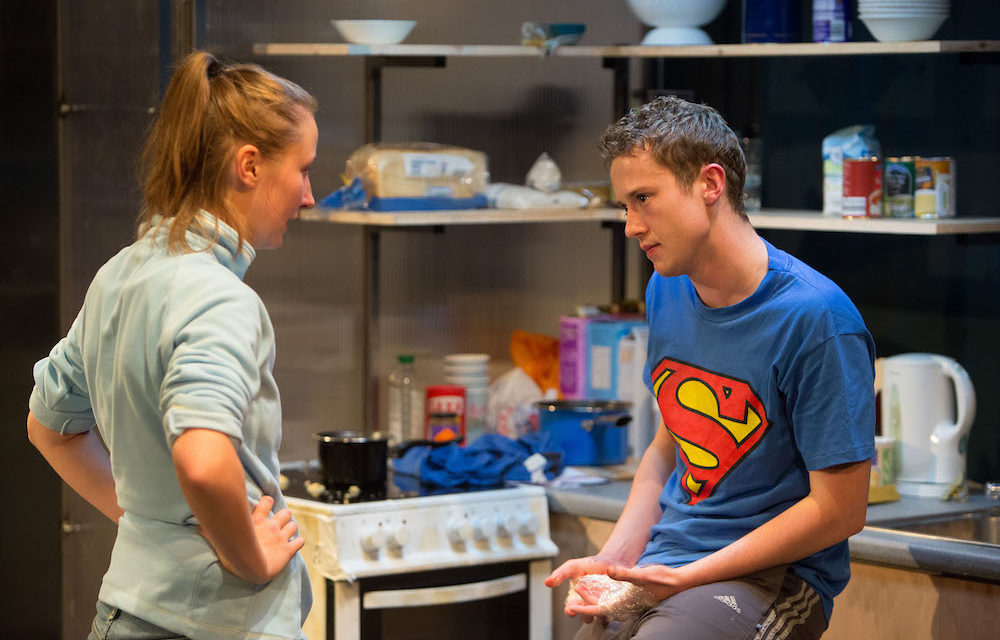 You could call it the Corbynisation of new writing. In the past couple of years, a series of plays have plumbed the lower depths, looking at the subject of good people trapped in zero-hour contracts and terrible working conditions. Like Ken Loach’s dreary film, I, Daniel Blake, these plays have integrity, but very little dramatic content. Market leaders of this new fashion are two plays devised under the direction of Alexander Zeldin, Beyond Caring and Love. And the latest addition to this catalog is Katherine Soper’s Wish List, winner of the 2015 Bruntwood Prize for Playwriting, co-produced with the Manchester Royal Exchange and now at the Royal Court. This trend reminds me so strongly of the Labour leader because it is ideologically leftist, yet unable to offer any solution to the social problems it so powerfully puts on stage.

Wish List is about a couple of siblings, Tamsin and Dean. 19-year-old Tamsin works on a zero-hours contract, packing boxes in a warehouse. Her younger brother, Dean, has behavioral problems, which means that he is unable to leave their Milton Keynes flat. Instead, he performs obsessively compulsive rituals: putting gel on his hair, tapping out a set rhythm, warming up tea in the microwave, over and over again. While Tamsin struggles to reach the targets set by her employer, Dean is reassessed by the Jobcentre and, incredibly, judged fit for work. Since he can’t even leave the house this is clearly unjust.

Soper fills out this simple situation by introducing 16-year-old Luke, Tamsin’s frenetic co-worker who is doing packing in the summer months before going to college, and their supervisor, a humane and helpful older man known as The Lead. Since Tamsin and Dean’s mother has recently died, and their father is absent, there is little hope of getting out of this trap. Try as she might, Tamsin can’t earn enough to make up for the shortfall, so events move with depressing inexorability towards inevitable tragedy. Corbyn would love it.

On the plus side, there are a couple of tender moments which show that Soper has thoroughly imagined the relationship between the siblings, and Tamsin’s affection for Luke. At one point, Luke covers for Tamsin during a crisis at work; at another, she has a speech about the death of stars which both shows her aspiration for a better job, and better life, as well as the gap between this and reality. The highpoint of the evening is a thrilling rendition of Meat Loaf’s “I’d Do Anything for Love (But I Won’t Do That),” which proves once again the power of pop culture to bring strangers together, as well as keeping them apart.

Because her characters are all good people, and there are no baddies in this play, Soper implies that no one is at fault when it comes to living in the new age of austerity and its benefit cuts. The system itself, irrational and inhumane like a machine, is to blame. While this does remind us of how Kafkaesque the welfare system can be, it does seem like a political cop out. If it’s just the system that’s at fault, how can we change anything? Blaming the system is, at one and the same time, both a cry for justice and an admission that justice is impossible to attain.

Matthew Xia’s production, which opened in Manchester last September, struggles to make the work scenes in the least bit convincing but comes into its own in the more tender passages. Erin Doherty plays Tamsin with a beguiling mix of vulnerability and fierceness, while Joseph Quinn’s Dean is a meticulously crafted performance. Shaquille Ali-Yebuah’s Luke has a rugged youthful charisma, while Aleksandar Mikic’s Lead squeezes humanity from every jobsworth cliché. The set, designed by Ana Inés Jabares-Pita, is functional, but none of this makes up for a flabby, if sporadically charming, 100-minute story that sadly is neither convincing as propaganda nor entertaining as theatre.