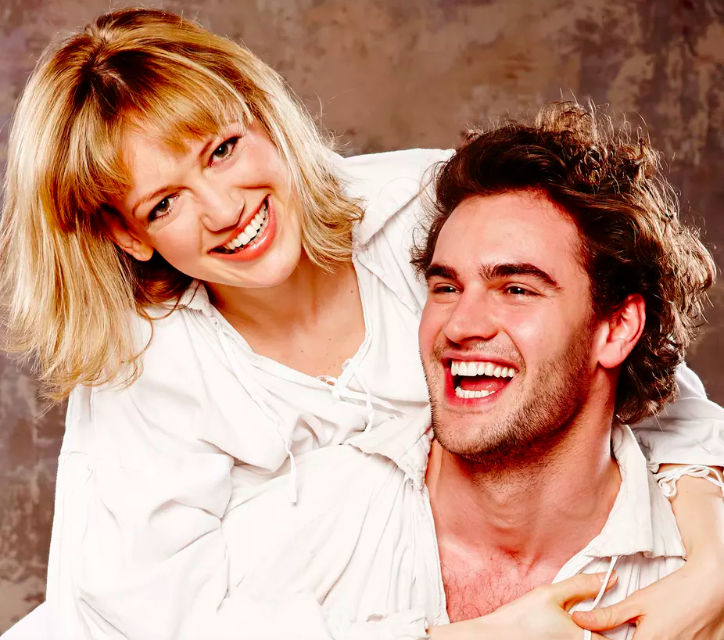 I don’t really go in for creative mash-ups. You know: Alien Vs. Predator, or the films where Superman goes head to head with six baddies from different comics, only helped by Spider-Man and Wonder Woman taking a break from their day jobs.

What’s the attraction? For film producers it’s the fan base multiplied; for fans, it’s watching closely to pick out the ironic references to “insider” knowledge – the glasses Clark Kent misplaced in Superman III suddenly turn up in Spidey’s web (I made that one up, but you know what I mean). No. Let Spidey be a New Yorker and Clark stay in Metropolis.

But here’s a confession: I make an exception for the 1993 film Shakespeare In Love.

The thought of a mash-up of Shakespeare’s great plays: Romeo and Juliet, Twelfth Night, and Hamlet, featuring the imagined life and loves of William Shakespeare, with the creative license to reference things (such as the state of Virginia) that didn’t exist then would fill a Puritan with horror. But even a Puritan would be overcome by the highly cinematic fun of this film.

As it muses on the creative process and plays on contemporary fascination with how writers make their work, the camera closes in on the struggling writer Will Shakespeare practicing his signature; it pans out on London and the boats crisscrossing the Thames. It stitches together shots of Will furiously writing his masterpiece, working with the actors in the theatre, falling in love, then shows us the city in glorious sweeps as only film can.

But now we have a further mash-up. Shakespeare in Love is being transposed to the stage. This further adaptation is playing at London’s Noël Coward Theatre. And I’m not sure how they’ll translate the brilliant montages and close-ups that make this a story best told on film.

It is the clever merging of Shakespeare’s lines, which, after all, were originally written for the theatre, with a contemporary sensibility that forms the core attraction of Shakespeare in Love: they should smooth its transition to the stage. Ardent Shakespeare fans should still be able to “spot the play”, following the hints and references throughout the script.

And this is a story about putting on a play we’re already aware has been celebrated for around 400 years. We become time-travelers, party to the origins of one of our most compelling myths: the “star-cross’d lovers”. We can fantasize we are there, seeing what Shakespeare himself is like when he falls in love. Here is young Will, infatuated with a “real” Rosaline, who later makes an appearance as Juliet’s precursor in Romeo’s affections. Juliet is really Viola de Lesseps, an upper-class lady who dresses up as a boy so she can blend in backstage. Then she falls in love with Will, and he with her.

Her name references Twelfth Night’s Viola and her fate in the film and Shakespeare’s play is a survivor of a shipwreck. In Shakespeare’s actual play, she dresses as a boy, and falls in love with a man who marries her – the fate denied to Will and Viola in Shakespeare In Love. Will writes Twelfth Night by order of the Queen, but perhaps also, the film suggests, to imagine an afterlife for his lost love, an antidote for grief. 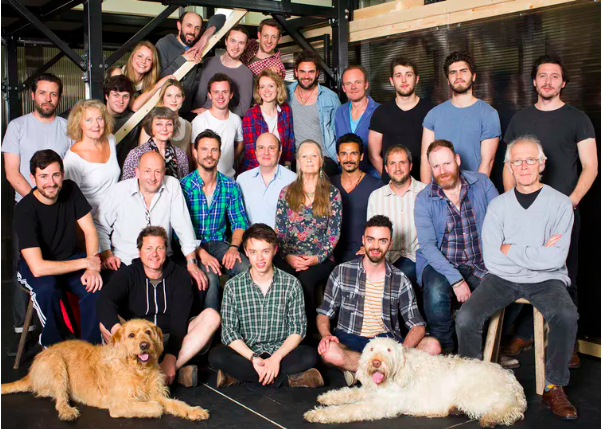 The full company of Shakespeare In Love in rehearsal. Helen Maybanks

Meanwhile, the play-within-the-play structure references Hamlet: it’s a dramatic device older than Shakespeare’s own play; perhaps inspired by an original Hamlet, called the ur-Hamlet often ascribed to Thomas Kyd, Shakespeare’s contemporary. Hamlet is the ghost that benignly stalks Shakespeare in Love, as an actor postures with a skull backstage, and later as the skull is used to conk out the enemy in a fight. All these references make watching like a puzzle, a game: who can spot the connections?

For ardent Shakespeare in Love fans (and I think it’s safe to assume many of the audience might have seen the film more than once) casting will provide an important continuity between film/stage adaptations. As with the musical of the film Dirty Dancing, the theatrical Shakespeare in Love leads, Lucy Briggs-Owen and Tom Bateman, look (in terms of hair colour anyway) enough like their cinematic counterparts Gwyneth Paltrow and Joseph Fiennes for a visual trick to take place that allows the comfort of familiarity as well as the thrill of something new.

The process of adaptation between forms relies on creating a new work that can stand on its own. And so the play will have to bring something new to the material in order to be a real success, rather than only pandering to the audience’s recognition of the original. The film script, by Marc Norman and Tom Stoppard, (author of Rosencrantz And Guildenstern Are Dead, a play that takes place behind the scenes of Hamlet) has been adapted for the stage by Lee Hall, who did the same for his own award-winning screenplay Billy Elliot, complete with musical numbers. There couldn’t perhaps be a more sensitive and experienced writer to make the transition from film to stage go smoothly.

In the film, Mercutio’s curse, “A plague o’ both your houses”, is shouted by a Puritan preacher against the two theatres Will Shakespeare is associated with. By the end of the film, the preacher is a convert, a rapt member of the audience of the first performance of Romeo and Juliet. And I’m hoping, when the curtain goes down at the end of the first performance of this latest Shakespeare mash-up, I will be the same.

This post originally appeared on The Conversation on July 1, 2014, and has been reposted with permission. 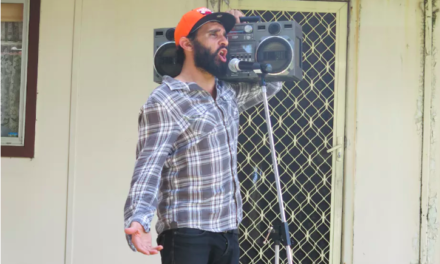 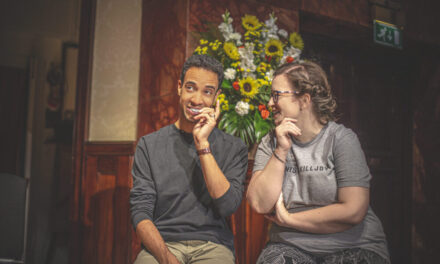