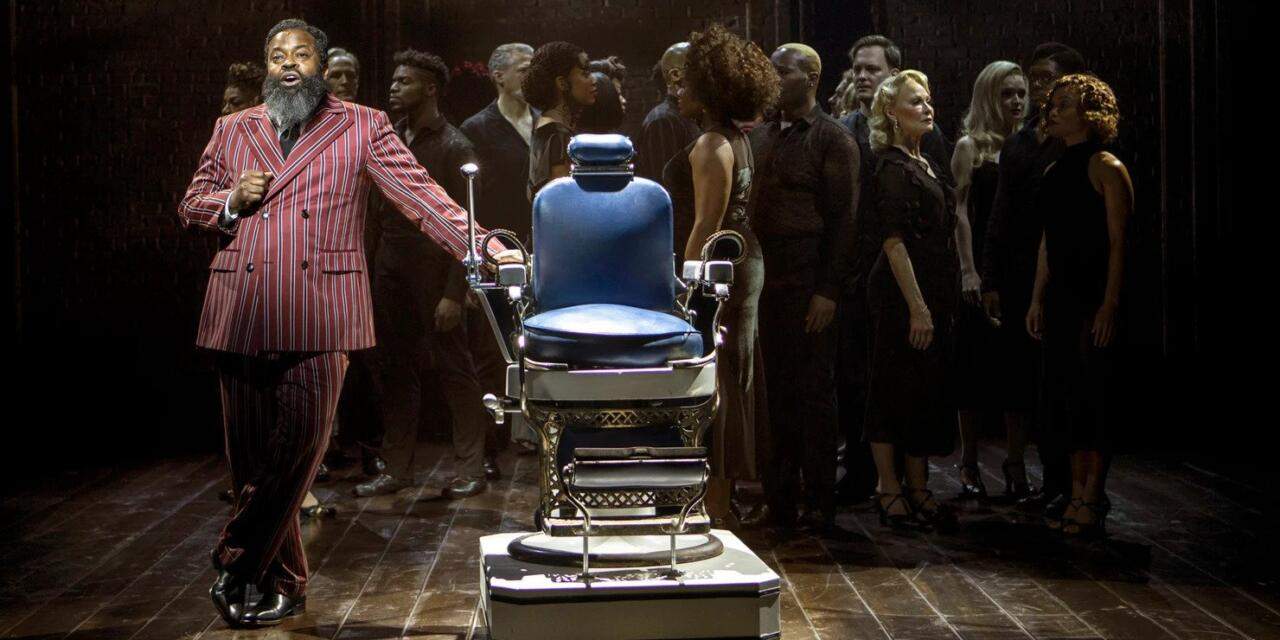 In my time as a critic I’ve noticed on numerous occasions that musicals rooted in political satire always have second-act problems. They come out of the gate identifying a specific breed of corruption and a clear villain, then proceed to demonstrate that wickedness amusingly but schematically in a series of playful songs and dances, which sends them into a storytelling cul de sac. We may enjoy the variety in the evil-sampling but it doesn’t pack much potential for real surprise.

Think of the classics of the genre: Threepenny Opera, The Cradle Will Rock, Urinetown. They’re all dynamic and hilarious as they introduce their crews of miscreants and establish their fields of venality, but after that they become essentially predictable, merely distracting us with wit and musical variety from their stories’ lack of real change-potential.

We know after a half hour that Macheath, Peachum, Polly and Tiger Brown are all incorrigible crooks in Threepenny. The only open questions are who will survive and how each fun new song will vary the core themes of capitalist graft and impunity. In Cradle Will Rock, it’s clear even quicker that Mr. Mister’s tyranny over Steeltown will be unchanging and unchangeable. The way he keeps persecuting unionists is so monotonous it amounts to cliché—a problem that evidently worried Tim Robbins so much that he reduced the work to a sideshow in his 1999 Cradle Will Rock film. Urinetown is an interesting variation because it attacks the problem with pomo self-consciousness. Its winking characters inform us they’re as wise to the expectability of their plot as we are. Who cares if a ridiculously wicked corporation monopolizes toilets during a water crisis, or if its bosses get their comeuppance? What really matters is the belly-laugh silliness of the fairy tale.

Black No More—the new musical adapted from George Schuyler’s 1931 satirical novel about an America upended by a medical treatment that turns Black people white—is the newest crop in this field, and there’s much to like about it. Curiously, though, none of its considerable cleverness went into solving this intrinsic second-act problem. That’s remarkable given the proven talent of its book-writer, John Ridley, who won an Academy Award for his screenplay of “12 Years a Slave.” The show’s impressive creative team also includes hip-hop star Tariq Trotter, aka Black Thought, the celebrated choreographer Bill T. Jones, and the New Group’s Artistic Director Scott Elliott.

The musical is set in a cartoonish 1930s America that doubles as an Afrofuturist dystopia. Passing is as simple as lightening one’s skin tone in this place and the air swirls with hip-hop and R&B as well as jazz, blues and swing. When a slick-rapping Mephistophelian doctor named Junius Crookman (get it?), played by Trotter, opens a clinic for his new skin-whitening treatment in Harlem, an insurance salesman named Max Disher (Brandon Victor Dixon) rushes to be first in line. Max has been rejected by a blonde named Helen (Jennifer Damiano) and, clad in his new white skin, he dashes off to Atlanta to find her. She turns out to be the daughter of a white-supremacist preacher named Rev. Givens (Howard McGillin), who embraces Max and makes him his heir and protégé.

The irony of an incognito Black man posing as an expert advisor to racist hatemongers, as their hated objects disappear (Blacks turn white by the millions), is the story’s satirical center. Crookman provides complications by countering political opposition to his lucrative business by urging the racists to adopt other hate targets: SCIENCE!!, immigrants, non-Christians, homosexuals and Asians. America’s not America, after all, without a denigrated underclass.

The show’s music (credited to four artists: Trotter, Anthony Tidd, James Poyser, and Daryl Waters) is impressively various, ranging from gospel, blues and scat to big band, country-western, 1940s Broadway and hip-hop. The edgiest and most interesting material is in the rap, which Trotter performs with a flare and fluency he doesn’t muster in his acting.

Just in case you had forgotten

That this big apple’s rotten

And when you’re black your

Although with some tutorial

Several standout performances are Tamika Lawrence as Max’s friend Buni and Lillian White as Madame Sisseretta, a hair-straightening beautician whose business dries up due to Crookman. The dancing is splendid—one witty sequence, supposedly in Max’s mind, contrasts awkward and lumbering southern do-si-dos with graceful and sensuous jazz dancers much more comfortable in their bodies—though it does grow a bit repetitive. More pointed humor like that Black/white sequence would have helped.

The main reason the show starts to drag is that its story finds no effective source of novelty in the second half. Crookman is established early on as such an unequivocally diabolical race-traitor that he can’t surprise us with any new instances of treachery. Ditto the white devil Rev. Givens, as tedious a stereotype as Mr. Mister. Max expresses doubts about turning his back on his people as soon as he gets to Atlanta and his conscience keeps nagging at him as he takes his place in Givens’ family and Klan-like organization. The result is that we pretty much know where the plot’s headed after 20 minutes: Max will eventually risk telling Helen the truth and innocents will suffer for his bad choices.

After reading Schuyler’s novel—which I heartily recommend—I was genuinely surprised that Ridley took such a pat, conventional view of it. Schuyler is titanically cynical. Everyone in his book is an unprincipled self-seeker or con artist trying to skim money from some phony benevolent organization and outfox all opponents—including Max, Crookman and outrageous caricatures of W.E.B. Dubois and Marcus Garvey. The novel’s suspenseful climax couples the birth of Max and Helen’s baby (surprisingly dark-skinned!) with a closely contested presidential election in which Rev. Givens is the Democratic candidate.

Ridley clearly disliked the idea of such a morally bankrupt world, though such amorality generates a fictional environment that can surprise. Instead he opts for the same old bogus troubled-but-trying-hard world that Hollywood and Broadway have been fobbing on us for ages. Schuyler’s Max is no more or less Mephistophelian than his Crookman or anyone else. He’s just a savvy player in the world’s rigged game—a game we’re meant to study closely—who turns out to hold the right cards in the end to survive. Ridley turns him into a stock romantic hero who never gets a chance to reconnect with his loving nature and righteous soul because he’s martyred—by a simplistically malevolent character who doesn’t even exist in the book. Helen, for her part, shifts from one cliché to another: instead of the vapid beauty in the novel, she’s now a shallow but morally conflicted beauty. So much for obligatory nods to feminism. So much for Schuyler’s biting critique of America’s winner-take-all economic con game.

The Black No More team is hardly the first to leave diamonds behind in adapting complex source material into a musical. What makes these deficiencies particularly disappointing is that an opportunity was truly lost here to make a new complex statement about Black futurity at a moment when American audiences are hungry for one. What might the second act of American Black history look like? You won’t find out in Black No More.

This article was originally published by Jonathan Kalb on Feb 20, 2022, and has been reposted with permission. To read the original article, click here. 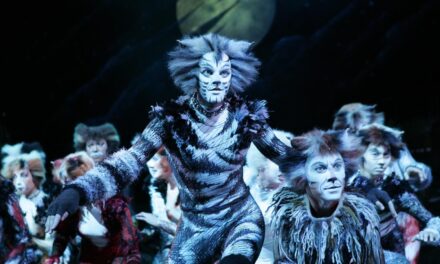