Behaviour is traumatizing, cathartic, and of the utmost importance. Ostensibly about sexual assault on Parliament Hill, it is an impossibly powerful play about rape. Divided into three parts, the middle soliloquy engulfs the rest of the play. The curtain closed, a single light harshly illuminating her, Zoë Sweet’s Mara lists the seven types of rape that she has identified, that she has experienced. That every woman has experienced. It is not an easy scene, but it’s a perfect one. It would be hard to find a more powerful scene in theatre history.

Teitel tries to make the third part comedic, while bringing back the original theme of sex, power, and politics. Admittedly, she succeeds—Mara’s grandmother, played by Deena Aziz is undeniably hilarious—but Mara’s soliloquy does not exactly put everyone in the mood for laughter. Even the first half of the play, which introduces the relationship between Mara, her sinister husband, played by Pierre Antoine Lafon Simard, and her sociopathic boss, played by Sarah Kitz, so uncomfortable and gripping on its own, pales in comparison to the middle scene.

Teitel isn’t wrong to mix comedy with tragedy—that’s life, after all. But the depths of trauma she explores in this play are not in any way balanced by one hilarious grandmother and a few other jokes.

Behaviour is, in short, one of the most important, powerful, traumatizing, and simply essential plays happening right now. Its truths are not uncomfortable but horrifying. It is socially conscious theatre at its peak. Behaviour must change things, must move things forward. Nobody can leave that play without questioning—and despising—the way the unfair world works.

Behaviour continues at the GCTC until March 31, 2019 by Darrah Teitel in partnership with SpiderWebShow.

The play will be streamed on March 27, World Theatre Day at behaviourplay.ca

This article appeared in Capital Critics’ Circle on March 16, 2019, and has been reposted with permission. 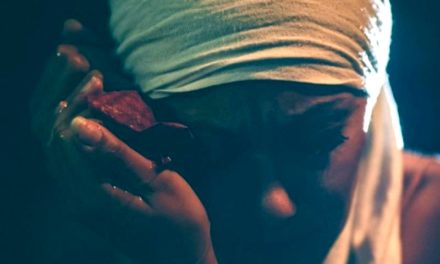 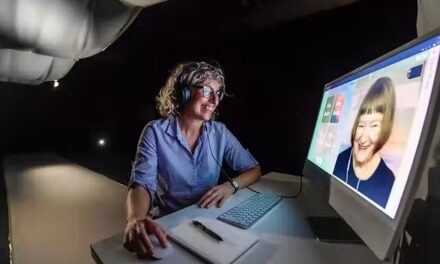