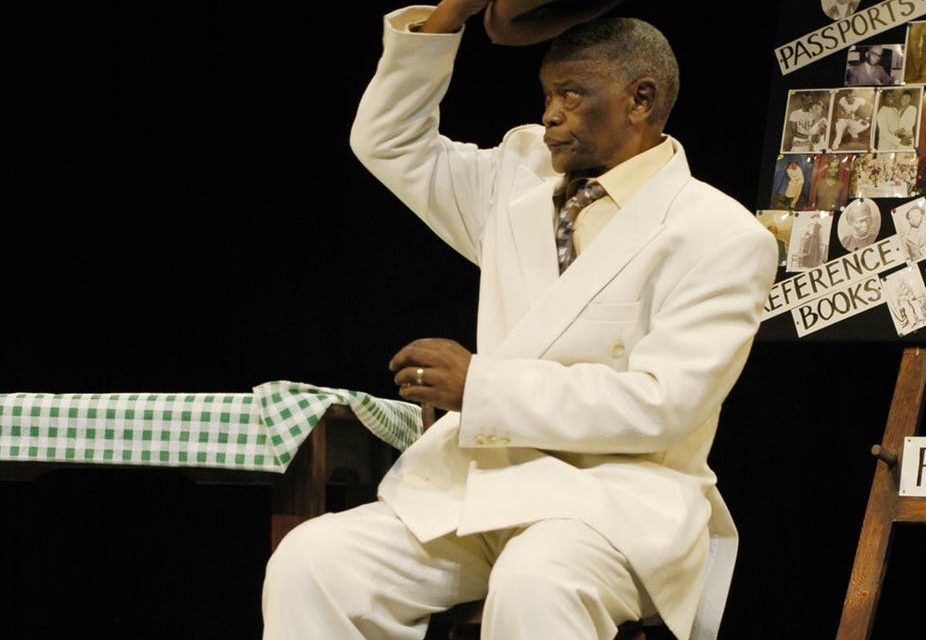 A slim, well-thumbed paperback volume occupies a special place on my bookshelf. Its spine is torn and barely legible, but such is its familiarity that I can dispense with such necessities. I can find Statements: Three Plays instantly. The plays were Sizwe Bansi is Dead, The Island, and Statements After an Arrest Under the Immorality Act.

Today, I turn to the volume seeking guidance and as a means of paying homage to a remarkable man, Winston Ntshona, who passed away on 2 August 2018. Not a man that I knew personally, but one whose impact resonates in so many in different ways. This publication in itself – an Oxford University Press edition – preserves much of what Ntshona represents in the legacy of theatre-making and theatre-going in South Africa and the world.

A black and white photograph from the Royal Court Theatre production (1974) dominates the front cover. It shows two men and a camera on a tripod in the foreground. The image captures a vital ephemeral moment which has become as iconic as the three names superimposed above: Athol Fugard, John Kani, Winston Ntshona.

These names pronounce a genesis of South African theatre-making founded on creative partnership and collaborative authorship. Together and individually, they represent a paradigm for collective action that fuses storytelling with political activism.

Alphabetical ordering might account for the sequence of surnames, but the image composition contradicts Ntshona’s being named last of the trio. His prominence is asserted through sheer physical presence and position. It is he who is seated in the foreground in a relaxed, expansive pose, elbow resting on the table in the role of the eponymous Sizwe Banzi.

Behind the table, the beam of Kani’s gleaming smile is as arresting as his appearance in a dapper bow-tie and crisp white dust coat. Ntshona’s role was invariably to be the foil to Kani’s more urbane, eloquent and flamboyant personae.

The two bodies declare what words cannot capture: an extraordinary complementary relationship between two very different individual performers and storytellers. They share an outward orientation of their bodies and gestures in a reciprocal acknowledgment of each other and simultaneously offer this interaction to an audience.

Ntshona leans into a chair with the dignified air of assurance and a right to occupy his seat: a man who is at one with an identity he is forging. His head is tilted upwards in an expression that suggests a man with a vision or a dream of prosperity.

In the early 1970s, I was an undergraduate at what was then named the University of Natal (Durban) studying Speech and Drama.

The performance of Sizwe Banzi is Dead, a play about the struggle for human dignity in apartheid-era South Africa was to take place in the Student Union Building. I recall (with absolute clarity) my doubts that two actors could project a presence that would fill that enormous space. The multipurpose assembly hall accommodated sporting and recreational events and its multi-volume high glass windows tempted the eye to the intense blue of sky and ocean behind and beyond a rudimentary temporary stage.

I sat in what must have been – from the perspective of the two performers – a relatively homogeneous sea of animated young middle-class white faces. We waited, slightly apprehensively, seated uniformly on blue plastic chairs (as we might for an eventual graduation ceremony) ill-equipped, unprepared even, for a seminal experience of theatre as “a great reckoning in a little room”.

Some 35 years later, I vividly recall the impact of Ntshona’s voice – deep, rich and resonant – along with his vibrant presence. Even more memorable was his slow, smile spreading across his face. That silent spellbinding action conveyed the resilience of the spirit, the conviction of simple dignity more than words could express.

Nothing But the Truth

Decades later I met Ntshona (4 July 2002). Kani’s solo-authored play Nothing But the Truth had just received a tumultuous standing ovation at its Grahamstown Festival premiere. In the somewhat overwhelming aftermath of the performance and its reception, Ntshona was the first person to be admitted to Kani’s dressing room. They had taken different routes on the journey from what might be called protest idiom to what author Zakes Mda has called “a theatre of reconciliation” in which Kani has figured so authoritatively. Respectful of the longstanding brotherhood, no one wished to intrude on what these two legends might wish to say to one another.

I was surprised to be called to the dressing room and introduced. Ntshona had one question for me. He wanted to know how it was that I knew the inside of the New Brighton township home in which Kani had grown as featured in the play.

As production designer, I hadn’t been inside the house nor had I had access to photographs. Instead, the stage design was based on the sketch layout that Kani had talked me through: condensing, abstracting and selecting details. It tended towards an expressionist rather than realist rendering.

I could only marvel at the generosity of a consummate artist, profoundly familiar with the world of a New Brighton home and his pleasure at having his memory of a particular place being triggered by the creative efforts of another.

His joy at the reception of Kani’s play and performance remains inspirational. The capacity to acknowledge and value participatory collaboration has emerged as a core strength of emergent South African theatre at its most vigorous and committed. Ntshona embodied those attributes.

In an age that venerates celebrities, public achievement as a marker of status and self-promotion in the arts and culture sector, Ntshona remains a role model of a modesty of being an accomplishment. The personae that Ntshona created epitomize moral and ethical integrity conjoined with steadfast purpose. The Island (1973) ends with Winston, in the role of Antigone saying:

I honoured those things to which honour belongs.

The words seem fit as an epitaph to him, his work, artistry, and achievements.

This article first appeared in TheConversation on August 7, 2018, and has been reposted with permission. 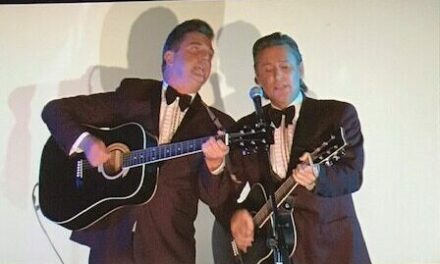 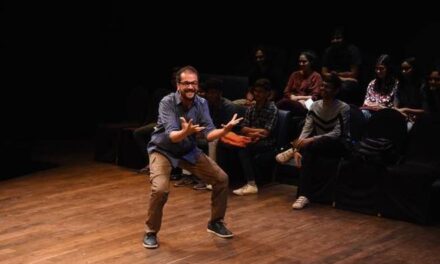