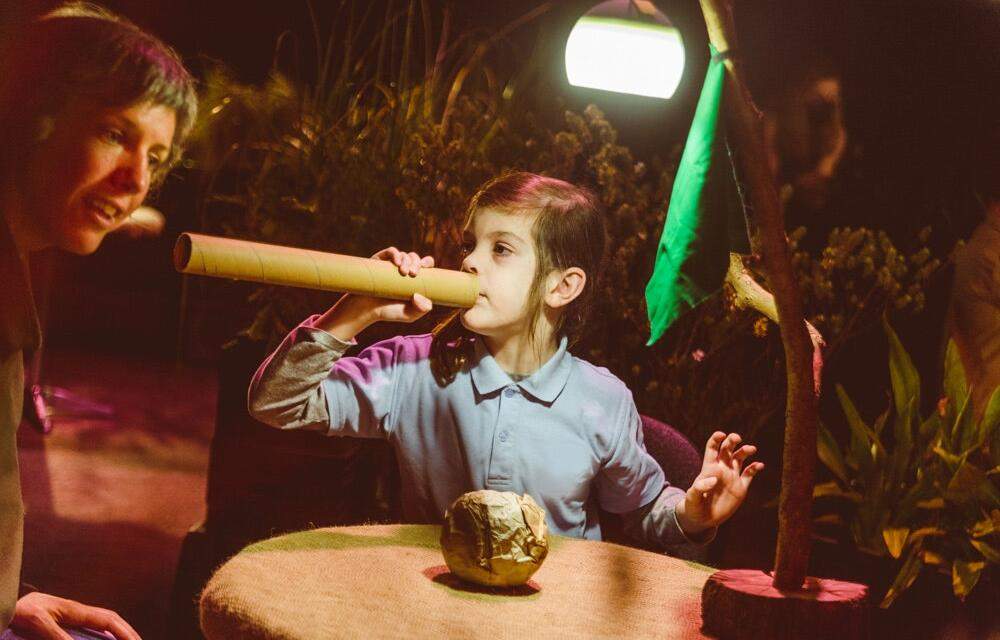 "When the World Turns" by Polyglot Theatre and Oily Cart. Photographer: Theresa Harrison

Review: When the World Turns, by Polyglot Theatre and Oily Cart

When the World Turns is a beautiful new work designed for children with complex disabilities and their families.

Australian children’s theatre company Polyglot is renowned for its approach to child-centered arts experiences. Their work has a reputation for fostering the creative agency of children as audience members and artists.

UK company Oily Cart creates shows for all children regardless of age and perceived ability.

Their new theatre work, When the World Turns, emerges from this combined artistic creation philosophy. At its heart is an inclusive, child-led approach.

When the World Turns begins in the foyer. Performers emerge dressed in safari suits like explorers, with torches and maps at the ready.

Each family group is greeted by one of these performers; they become the guide for the family throughout the experience.

The invitation is to help explore and discover things in a new wondrous, breathing, rustling world.

As the performer engages with us in the foyer, they introduce a scrunched-up paper ball made from a heavy, brown paper and invite us to unfold the ball to see what mysteries it reveals: the words “when you are still, you can feel the earth moving”.

The performer animates and puppeteers the map, encouraging a sensory exploration with the sounds and tactile experience of the paper.

We are then guided into the performance, a beautifully lit world held by a gentle soundscape and a scenic design consisting of hundreds of plants creating pathways throughout the space.

Each family group is led to a “pod” enveloped by plants, which acts as a home base throughout the experience.

Audience members can leave and explore, but they can always return to their families in this slightly protected zone throughout the performance.

The performers slowly introduce sensory and story elements to this pod and interact with us. By introducing sensory elements to the audience in small direct ways, they are demystified and made familiar. The artists are then able to expand and develop the sensory possibilities of the performance as it progresses.

A large paper snake (made out of the same material as the map introduced earlier) winds its way in and around our pod, landing on shoulders and sliding over knees before it is handed to us to animate ourselves.

A pine-cone and a mandarin are revealed as wondrous objects by the performer. We are invited to explore each item by smell and touch.

Throughout, the sound design is building slowly, with repeated motifs and intimate sonic elements gradually layering to soothe, relax and familiarize.

The performers appear in costume and with puppets to become animal-like creatures that visit the pods and engage with the audience.

The bush-like world we are in comes completely alive. A parade of creatures is formed behind a performer carrying a large glowing orb, and merrily weaves its way around the space. In the show I saw, two audience members gleefully join the parade with their own torches, at times leading the procession and at times following.

Led by the children

A very large sheet of paper, again the same type of paper as the map from the foyer, is placed over our pod and we shelter as the sky darkens and the sound of rain begins. Scratching and dropping noises can be heard on the material over our heads.

We shelter as the sky darkens and the sound of rain begins. Photographer: Theresa Harrison

The canopy is removed and the space all around us begins to transform, as plants are rearranged by performers to break apart the pods and open up the central performance area to the audience.

Some performers remove their shoes, and some lie down or lean on the plants around them. Slowly, as audience members start to call out and vocalize, the performers echo and repeat the sounds in a call-and-response sonic landscape. While the vocal tics of children with disabilities are often experienced as disruptive and a cause for anxiety and concern for family members, here they are celebrated and folded into the work.

Eventually, the child audience members realize they are leading the performance. The performers respond to their noises and sounds; these are creating the shape and experience of the performance.

The performance has been handed over to the children with complex disabilities. There is an exquisite sense of joy and play permeating the room.

With that, we are told the performance has ended. A final ball of crumpled paper is unwound to reveal the words, “now this world is listening to you”.

It is hard to describe the profoundly moving experience of watching audience members arrive at the Arts Centre Melbourne and viscerally sensing the mix of excitement and uncertainty of coming to see a show, even one billed as inclusive and specifically designed for their families.

During the show, the children, earlier vocal and restless, are suddenly silent and still. 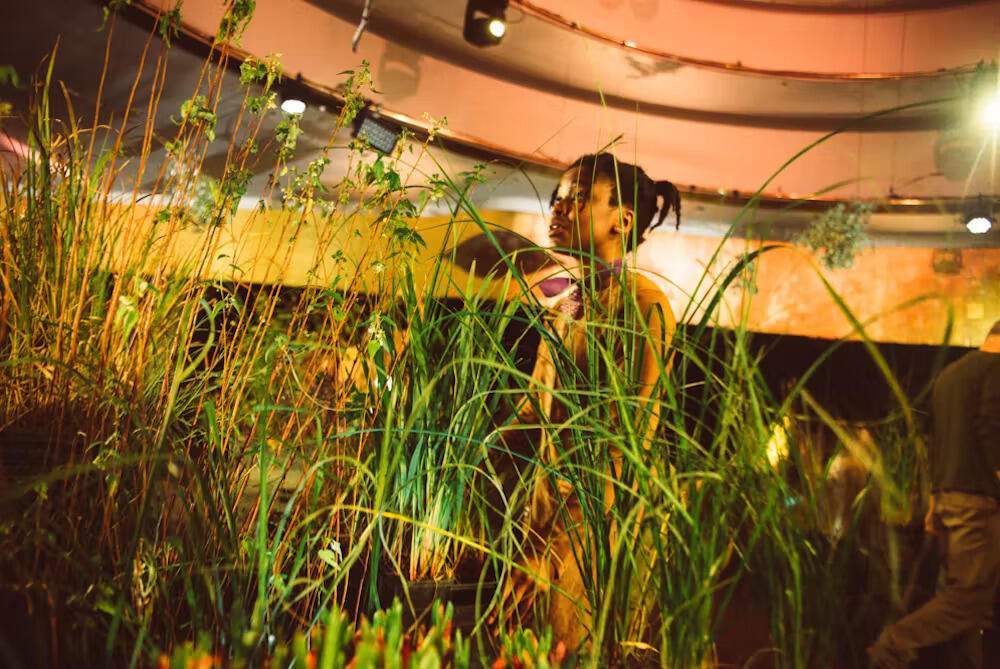 The work has been designed for these children to interact. Photographer: Theresa Harrison

Families visibly relax as they realize the work has been designed to specifically accommodate the way their children will interact with the performance.

When the World Turns reveals new possibilities for child-led approaches in sensory and participatory performance; this might expand our understanding of the transformative potential of theatre.

This article was originally published by The Conversation on September 27, 2022, and has been reposted with permission. To read the original article, click here.