Illuminated Trafalgar Theatre located at 14 Whitehall London in red lighting in support of the We Make Events Light it in Red campaign to mark the one year anniversary of theatre closures due to Covid. Photo Credit: Shaun Webb.

Trafalgar Entertainment’s Sir Howard Panter and Dame Rosemary Squire are leading theatre impresarios known for their high-profile productions. A force for good, their show of confidence in live entertainment is unequivocal. In proper regal style, a new theatre for London’s West End, Trafalgar Theatre is set to open with the Tony, Grammy, and Oliver Award-winning smash hit musical, Jersey Boys. The new multi-million pound reinstated venue will begin performances from 28 July and an opening night of 10 August 2021.

Formerly known as Trafalgar Studios, the playhouse was acquired by Panter and Squire as they began to establish and build their new live entertainment business. Sir Howard Panter captures the heart of the keenly awaited musical:

“Jersey Boys continues to be one of the world’s favorite musicals. The Broadway production was such a masterful success, that we felt it was right to give UK audiences the same experience. The original and subsequent productions by Director Des McAnuff and Choreographer Sergio Trujillo continue to play to packed houses and critical acclaim around the world.” He continued, adding, “We’re delighted the creative team are coming back together to deliver the return of this global phenomenon to London, in the new setting of the Trafalgar Theatre.”

With hard work and good planning, creativity is highly rewarded. The state-of-the-art improvements to Trafalgar Theatre zero in on a dedication to creating something beautiful vis-à-vis award-winning theatre. Dame Rosemary Squire comments on what sets London’s newest West End venue apart from others around the world:

“Trafalgar Theatre is steeped in cultural significance and has been lovingly restored back to its original heritage design. During the restoration process, there was great care and attention to detail with all the design elements and we carried out huge amounts of research to ensure that the renovation was authentic in terms of design and style. Trafalgar Theatre, in its many guises, has always been a culturally important building, whether serving as a television studio, a museum or a theatre.” She continued, adding, “We are proud to be the custodians of the theatre at this time and feel honored to have overseen this restoration project during our tenure. We’re also in a really unique location surrounded by some of London’s major landmarks—Trafalgar Square, Big Ben, Downing Street, Buckingham Palace—and that really sets it apart from other London theatres. We’re on the main tourist trail and we’ve even featured on The Crown!” Written by Marshall Brickman and Rick Elice with music by Bob Gaudio and lyrics by Bob Crewe, Jersey Boys goes behind the music and inside the story of Frankie Valli and The Four Seasons. With the orchestrations by Steve Orich and music supervision and vocal arrangements by Ron Melrose, the production is packed with jolly good hits including Beggin’ Sherry, Walk Like A Man, December, 1963 (Oh What a Night), Big Girls Don’t Cry, Bye Bye Baby, Working My Way Back to You, and Who Loves You. Staged by the original Broadway creative team, the show is a whole vibe made possible by the most accomplished practitioners: Klara Zieglerova, Scenic Design; Jess Goldstein. Costume Design; Howell Binkley, Lighting; Steve Canyon Kennedy, Sound, and Michael Clark, Projections Design.

Apart from the increased capacity and a larger stage, the restoration includes a new single auditorium and stand-out architectural details. Sir Howard Panter comments on the national importance of the space:

“Trafalgar Theatre is of great national importance, in terms of location, audience reach and history and we’re one of the most distinctive venues in the heart of the West End. The sheer fact alone that we’ve managed to plough ahead with a major renovation project during a pandemic is in itself a massive achievement.”

“This is a great reset for the theatre and a new beginning for everyone. By returning the theatre to its former glory we are honouring its history as we continue to share stories on its stage. The geometric ceilings Front of House are all listed with that classic 1930s feel and during the renovation process we uncovered the original geometric light fittings that have now been restored and reinstalled in the boxes. The Balcony front that was carefully stored away for a number of years when the theatre was two studio spaces has been beautifully restored and refitted and the grand ceiling and proscenium arch are spectacular. If you come here to watch Jersey Boys remember to look up!”

The redevelopment was looked after by Foster Wilson Architects.

With a focus upon work that involves passion, Dame Rosemary Squire comments on defining moments in her arts journey that solidified her decision to become a theatre Owner, Entrepreneur, and Producer:

“I was inspired by theatre from an early age—going with family to see shows at the Nottingham Playhouse, and seeing Peter Brook’s Midsummer Night’s Dream at Stratford-upon-Avon led to a growing realization that I wanted to be part of this world. I’ve spent my whole life working in theatre, tearing tickets, selling tickets and working my way up through operations, administration, finance and production. I’ve experienced the joys of producing hit shows, and the lows in the early days of having to sell my own car to pay wages.”

“Supporting women in the industry has always been very important to me, from my early days with the Women’s Playhouse Trust to ensuring that there is greater female representation in the Board Room. Running my own company was the final piece of the puzzle, giving me the freedom to develop, and work for myself on my own terms and upholding my own principles.” In a transformative age, adaptation and innovation remain paramount. Squire comments on the importance of synergy in the arts:

“Collaboration is absolutely essential in every stage of live entertainment, from pre-production through to the performance itself—without it, a show is simply not possible. That is one of the wonderful things about our industry—we all work together to create and share stories.” She continued, adding, “Our production team work closely with senior management, and our theatre managers to ensure that our productions speak to our audiences and reflect the culture of our organization.”

Considering the jubilant atmosphere and lively stagecraft, Sir Howard Panter affirms that the exuberant musical, Jersey Boys, is a fitting remedy to the current COVID moment—countering the effects of isolation:

“Absolutely! This is the perfect antidote—a true celebration of musical theatre to welcome us all back after the industry’s longest closure. It is a great story of survival and overcoming the odds, and I think that it is really important in the current climate, to have positive, uplifting stories which are true. We thought that it was the kind of the show that would bring a sense of confidence and a sense of well-being back to the West End,” said Panter.

Great audience-pleasing entertainment is afoot. A winner of 65 major awards including Australia’s Helpmann Awards for Best New Musical, Jersey Boys transports the audience to the most extraordinary times of 1960s. Performances through Christmas 2021 are on sale and Jersey Boys is now booking until 2 January 2022. Trafalgar Theatre is located at 14 Whitehall London SW1A 2DY. To indulge in a bit of nostalgia drop by http://www.jerseyboyslondon.com 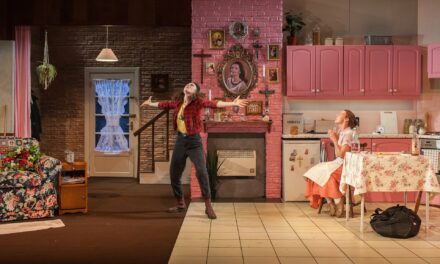 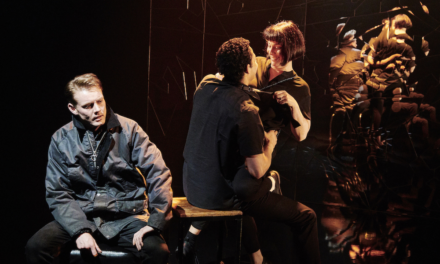 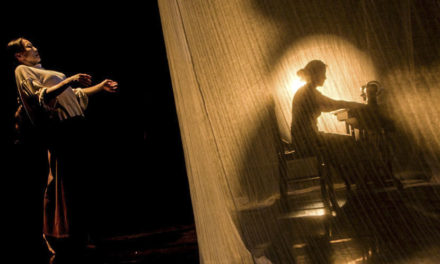