Vikrant Koul Journeys From Stage to The Digital Space 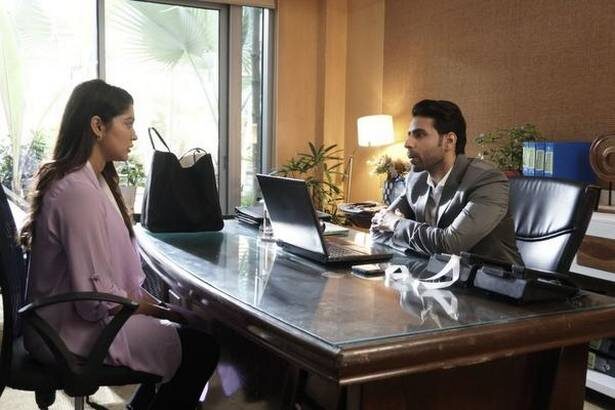 Actor Vikrant Koul wants to flow through different media — films, OTT, and theatre. Currently seen in Hello Mini Season 3 on MX Player, he speaks about his character Argho Chowdhary in it and his acting journey that began on the stage in Bhopal. Argho made his entry in the last episode of Season 2 in the Goldie Behl production. Directed by Arjun Shrivatsav, the psychological thriller franchise is an adaptation of Novonveel Chakraborty’s The Stranger Trilogy.

Argho is Mini’s boss and the cousin of Mini’s friend (lead character Rivanah, played by Anuja Joshi) Hiya Chowdhary. “It is a fascinating character that initially comes across as positive. Then, as events unfold, we get to see his negative side,” shares Vikrant.

The first two seasons of Hello Mini focused on Mini and a series of events that left her with unanswered questions when a stranger enters her life. Mini even thinks Argho is the stranger who was trying to send her messages. The stranger’s identity is revealed in the third series. Will there be a Season 4? “I think the makers will take a breather now as they shot Season 2 and 3 simultaneously last year in October and November,” he says.

Theatre discovered him only during his second year of engineering in 2007 in Bhopal. “A friend who didn’t want to reprise a role in the play Nagarwadhu offered me that part. Since acclaimed director Farooq Sheikh Kham was handling the production, I agreed,” recalls Vikrant. It was this first theatre stint that made him eventually chose acting.

Acting had never been his dream, Vikrant reveals. He had been an orator during his school days, but his stuttering left him with stage fright. However, the applause during his stage debut worked like magic for him. “It was amazing to see people coming on stage to congratulate me and whatever stage fear I had vanished in that little moment, and I knew this is what I want to do.”

His 20 plays in Bhopal include working with independent directors like Habib Tanvir in his Naya Theatre. “Bhopal has a rich cultural history and its theatre scene is brilliant. It is much better than Delhi and on par with Mumbai,” he observes.

After moving to Delhi, he pursued MBA and worked for a couple of years before shifting to Mumbai to pursue his acting career, taking up small roles in Mardaani and the Akshay Kumar-starre, Gold.

His future projects include Fallen, a web series that will stream on Amazon Prime, and an anthology for AltBalaji. “I hope to get back to the stage when I am able to strike a balance between commercial work and theatre,” he signs off.

This article was originally posted on The Hindu on June 4, 2021, and has been reposted with permission. To read the original article, click here.