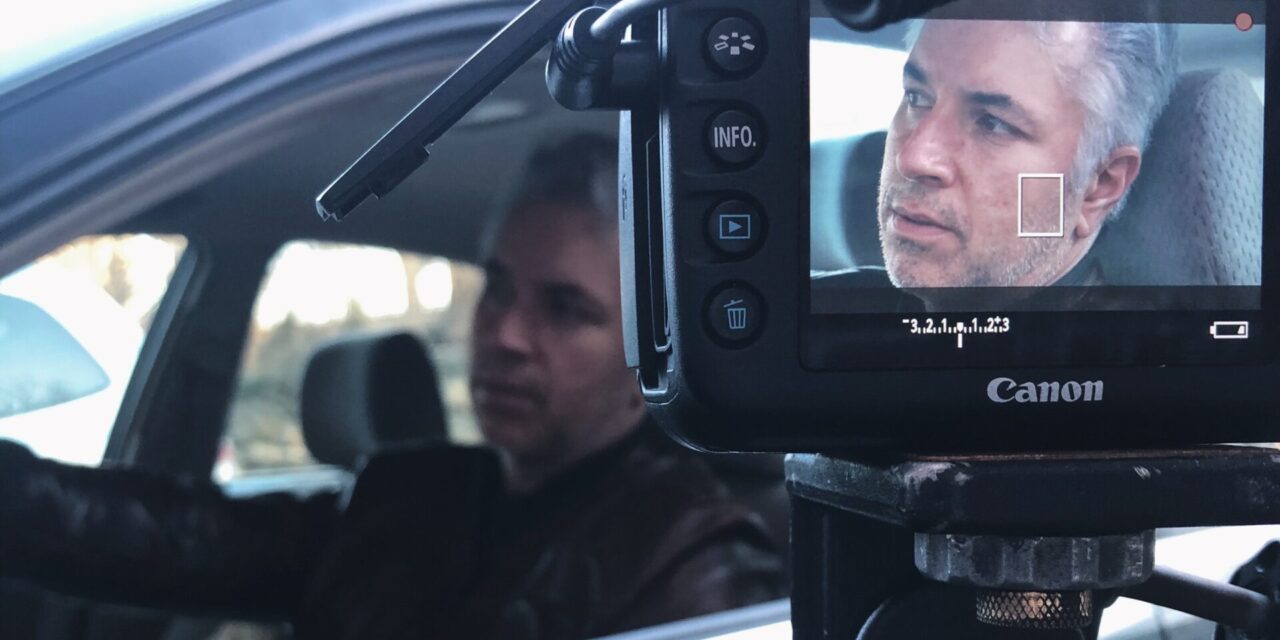 With a themed cocktail box, a program that doubled as a coloring book, and incredibly performed operatic arias tied together with a silly, lighthearted story, The Brooklyn Job (directed by Sarah Morgan Ashey) provided me with a thoroughly enjoyable evening. The show, which took place over Zoom webinar, was a combination of live moments with performer Stan Lacy as the sheriff “Rancher” and videos that were shown via the “share screen” function in Zoom. During the live moments, audience members were encouraged to interact with Lacy via the chat and were also given the opportunity to choose elements of the story via Zoom’s polling function. The polls, which asked multiple-choice questions such as “Which line should Rancher say next?” or “should Doc pick up the phone?” would then determine which videos were played to continue the show. The whole production, presented by New Camerata Opera, was well put together and very enjoyably performed but clearly not trying to take itself too seriously, which led to a charming, relaxing evening of opera.

When I entered the Zoom webinar, Stan Lacy, in character as the Sheriff, Rancher, filled my screen. Sipping a bourbon and speaking with an old-timey drawl, he asked audience members to put in the chat their names and where they were joining from. As the chats came in, he casually remarked on the locations of audience members, responded to people’s comments on the drinks, and offered subtle insights into the show we were about to see. When I saw that the opera had been billed as “interactive,” I was worried about what that would entail. Did I need to change out of my sweatpants and fix my hair to attend this show? But I was immediately put at ease by Lacy’s laid-back presence on the screen and I knew that we would be in for an evening of fun. I was not disappointed. As the show began, Lacy as Rancher began to tell the story of a heist that had occurred and two criminal masterminds – Doc (Erik Bagger) and Brains (Eva Parr) – that he couldn’t seem to forget. Before long, Rancher comments that he would like to show the audience what had occurred, and he shares the screen and begins to play a video. Every video that was filmed for the production was done throughout the pandemic complying with Covid regulations, meaning that none of the actors could be in the same room together during filming. As such, each actor filmed their scenes with a green screen and the editor (Erik Bagger) cut back and forth between actors who were meant to be in the same location, making it look as though they were having a conversation. The backgrounds projected on the green screens for the spoken scenes between characters were highly effective in evoking setting and tying the story together – at times I nearly forgot that the actors were apart for the filming.

But the heist storyline was really just an amusing way to recontextualize a series of operatic arias, which were beautifully sung by the company. Each performer had the opportunity to shine throughout the course of the show with solos composed by a wide variety of beloved composers from Handel to Mozart to Puccini. There were many stand-out performances but one in particular was soprano Barbara Porto, who was playing the role of DC – the geeky member of the heist team. Porto was featured singing the Handel aria “V’adoro pupille” recontextualized to be about her hidden affection for the museum director, Tootsie (whom every member of the heist team was not-so-secretly in love with). Porto’s voice was crystal clear, and every phrase sounded completely effortless. Most remarkably, her lovely energy and “stage” presence were tangible even in this recorded medium and I was drawn in every time she was on screen. I also enjoyed performances by Erik Bagger playing the role of Doc – the leader of the heist team – and Lacy as Sheriff Rancher. As the leader of the rag-tag team of criminals and our guide through the story respectively, Bagger and Lacy provided the perfect balance of comedy and poise as the shenanigans unfolded over the course of the evening. The whole performance was a sweet treat for the ears and eyes – not only with the on-screen visuals but with a program that doubled as a coloring book. As someone who feels the need to be constantly moving, having something to do with my hands while I listened and watched was my hyper-active dream come true. I often struggle to focus when I have to sit still, which has been particularly heightened throughout the Pandemic as all of the classes I teach, social interactions, and arts experiences take place at my desk in front of my computer, and I fear being seen as impolite if I take out my knitting on camera or start fidgeting with whatever is on my desk that day. Being given permission to do something physical (coloring) while I watched helped me so much to concentrate on the performance and has me wishing that all shows going forward would provide similar accommodations.

All in all, The Brooklyn Job was certainly not hard-hitting theater, but in no way was it trying to be. The script and set of arias brought to life by a fabulous cast and extremely talented crew provided an uplifting evening of light-hearted art, which left me feeling warm and satisfied.