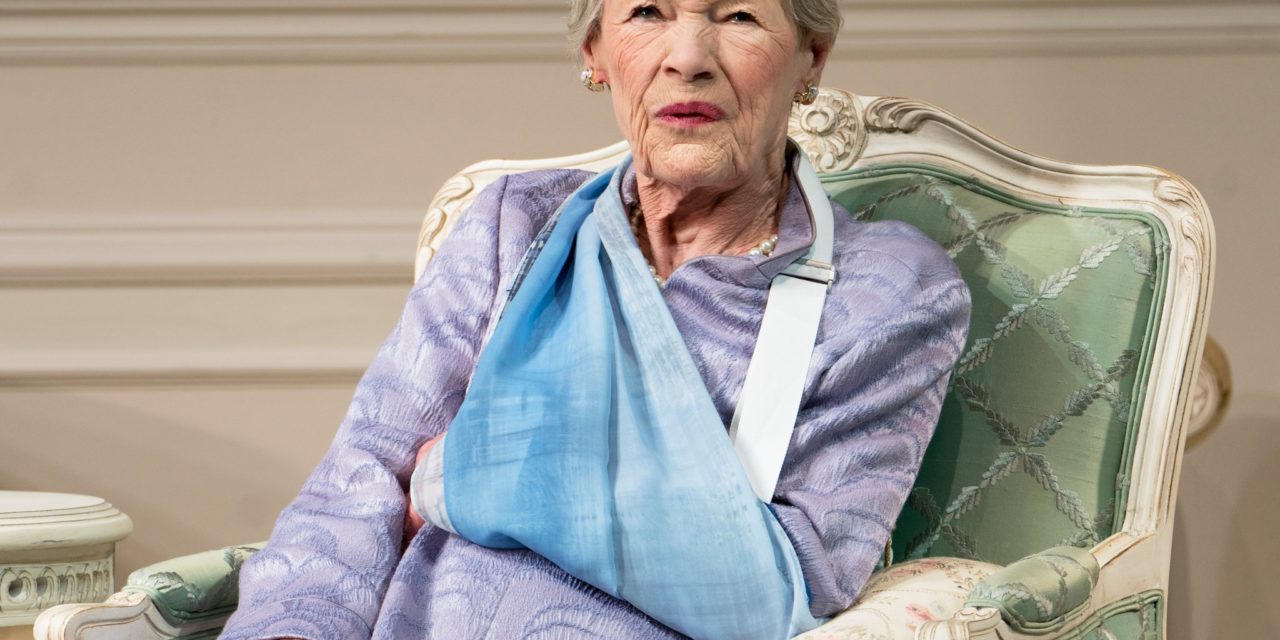 My reaction to Edward Albee’s Three Tall Women when it first arrived in New York in 1994 was nicely glossed by the illustrious Uta Hagen in describing why she turned down the play’s central role: “I think that the old woman is relentlessly hateful—boring.” Just so.

Ever since this play won the Pulitzer Prize that year, its fans have insisted that the hatefulness of its lead character—called simply A—served profound, redeeming ends. Critics across the “brow” spectrum, tired of hammering the talented, once lionized author for his string of disappointments over two decades, found themselves faced with an interesting, somewhat better work, one they could at least respect, and fell into throes of overpraise.

They mooned over the insufferable A as a towering, Lear-like, actor’s pinnacle, an all-too-rare female career capstone not stereotyped, domesticated or anodyne like so many other famous valedictory roles. Her toxic narcissism and malice were supposedly cathartic, her torrential bile and cholera prolonged, repugnant baptism we just had to endure to reap the wisdom of Albee’s precious, tough-talk gospel of cosmic emptiness and grudging acceptance of mortality.

None of this held water for me in the 1990s, and it still doesn’t after seeing the new Broadway revival directed by Joe Mantello, which maximizes every theatrical asset Three Tall Women possesses. I am not an Albee detractor. Nor am I so bourgeois as to need plays to be pleasant. But even acted by three world-class artists—Glenda Jackson, Laurie Metcalf, and Alison Pill—this play still leaves me as cold as a day-old senior-center hamburger. There’s something fatally phlegmatic and inert at the heart of this purportedly witty and aggressive drama.

The big headline for this production has been the 81-year-old Jackson’s return to the New York stage after a 23-year hiatus in British politics (it’s the second role of her comeback, following a 2016 Lear in London). It’s exciting to see her again, with her energy and complicating character insights undiminished. Yet her A is, if anything, even more repellent than Myra Carter’s was in the play’s New York premiere, and that’s saying something.

In Act 1, the relatively realistic section when, at age 91 or 92 (she argues the point), imperious A is attended in her “wealthy bedroom” by 52-year-old B (her personal caretaker—Metcalf) and 26-year-old C (a lawyer trying to untangle her affairs—Pill), Jackson punctuates her incessant taunts, barbs, whines, and slurs with a remarkably multifarious vocabulary of exaggerated grimaces, smirks, snarls and moues. Her performance is a tour de force, for sure, keeping one toe in realism while the other foot frolics in Kabuki-esque hyperbole. Prudently, Metcalf and Pill let the human whirlwind blow, clearly hoping it will blow itself out.

Yet the question in our minds the whole time is what the storm of abuse is for. What’s our payoff for tolerating it? And what’s C’s motivation for sticking around when any normal person would have left after the first half dozen appalling provocations? The caretaker B is conceived as a normative role, her wry humor and cool compassion a sort of antacid helping everyone to stomach the bitterness. One hopes she’ll steer the play toward some frame of meaning for all the noxiousness, despite being a powerless employee, and Metcalf is very adept at this “moderator” role. She seems to sit in judgment not only on the old woman but also on Pill’s stiff and pert C, a character so thinly written in the first act she’s little more than a punching clown. Metcalf’s elastically reactive face and amusing assortment of appeasing and cajoling diversionary tactics at least keep us curious to learn more.

The second act’s follow-through, however—widely celebrated as a great experimental innovation—has always struck me as an elaborate misfire. With A (or a dummy of her) lying in bed, supposedly incapacitated by a stroke, B and C enter discussing her condition and are then joined by the actor playing A, now fully rational. The three have transformed into different versions of A and their conversation becomes a sort of cat-and-mouse game involving memories and experiences. Who knew what when, or should have? Which selves are dishonest and denying and which self-aware? In the background, her estranged son enters and stands silently by the dummy, mustering a bit of deathbed tenderness after a 20-year absence that’s been described in different ways.

Before explaining my disappointment with all this, let me just pause to concede that Mantello, with help from set designer Miriam Buether, has staged this second act gorgeously. Wisely ignoring Albee’s insistence that Act 2 be as thoroughly naturalistic as Act 1, Mantello gives it a shimmer of otherworldly mystery. The bedroom’s back wall becomes a mirror-array in which replicas of the recumbent dummy A recede into the distance like endless versions of her story. This is lovely as far as it goes, but in the end, it’s just a sumptuous vessel for a half-baked playwriting idea.

Citing Act 2, critics such as Mel Gussow and Robert Brustein have extolled Three Tall Women as a masterpiece of dramatic efficiency akin to Samuel Beckett’s Krapp’s Last Tape. They observe that Albee, like Beckett, dealt with unusually autobiographical material and cleverly compressed the key features of a complicated life story into a brief interval by giving the old woman younger versions of herself to talk to. The conversation zeroes in on pivotal moments of decision and regret in her life just as Krapp’s tapes do with his (he listens to his younger selves talking). While this is interesting, and the efficiency in both plays is admirable, the parallel is revealing in unflattering ways too.

The life story that Albee compressed this way was basically that of his cold, bigoted, infuriating mother, about whom he felt incapable of writing for decades. Finally managing it in Three Tall Women, he pointedly avoided inserting himself into the action except as that silent cipher of the son hovering upstage. This sidelining of himself, or his surrogate, feels like an avoidance of real confrontation with the mother. It’s the principal reason why the play feels dry, static, and evasive despite rising lyrically near the end to cathartic pronouncements about the “happiest moment” always being now.

Albee shortcircuited the exorcism of long-suppressed emotion that he sought. In fact, one reason why Krapp’s Last Tape is indeed heartbreaking is that it’s about the author-protagonist. He’s the one ruthlessly confronted and dissected, so the piece feels confessional. Albee tried to pull off the same magic trick by confronting and dissecting a despised Other and it doesn’t work.

Three Tall Women never convinces me that it’s really a dialogue between different people rather than a splintered, cerebral monologue pretending to be dialogue. The greatest actresses in the world can’t change that. Again, Krapp is revealing. He may be alone onstage, but he has such a sensuous relationship with his tape recorder that it feels like he’s playing an erotic two-person scene. There’s real carnality in that play. Albee’s nameless characters, by contrast, are more like Krapp’s inanimate tapes—vain, self-absorbed, disembodied voices with no relationship to the carnal presence of the man summoning them for his own urgent reasons. That disconnection is why they strike us as “relentlessly hateful” and “boring” rather than necessary or wise.

There’s no redemption here, just the whimpering end of the story.

This article was originally published in Jonathan Kalb on April 28, 2018, and has been reposted with permission. 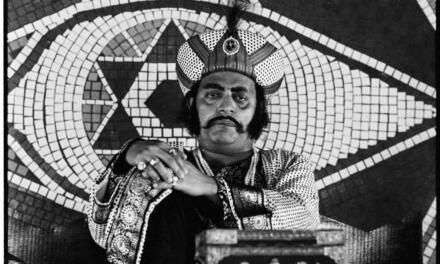