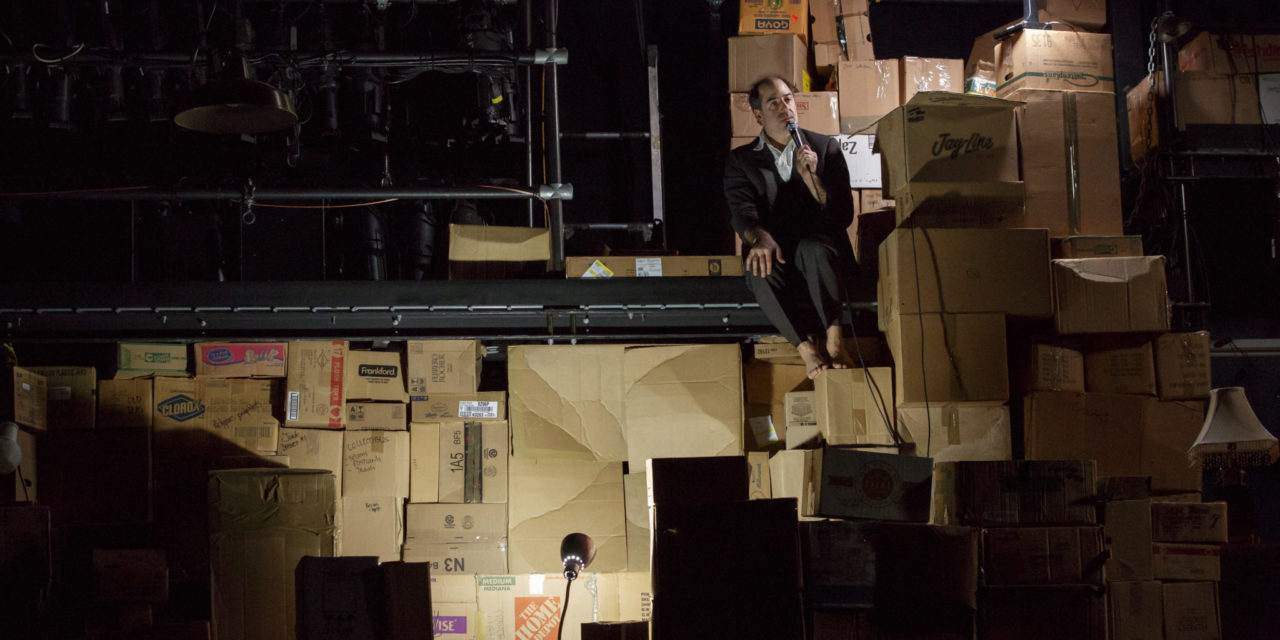 “Do your things spark joy?”

That (to some, risibly) simple question, and her runaway 2014 bestseller The Life-Changing Magic of Tidying Up, launched Marie Kondo’s career as a world-renowned “decluttering” guru. According to Kondo, if no joy emanates from that old sweater of yours, that commemorative mug, that ashtray of grandma’s that you’ve held on to for decades even though you don’t smoke, it’s high time to make a donation to the Goodwill. The enormous success of Kondo’s book and the rest of America’s eight billion dollar home organization industry suggests that we have a bit of a fraught relationship with our stuff.

A veritable metropolis of stuff constitutes Steven Dufala’s extraordinary immersive set for Geoff Sobelle’s The Object Lesson. The audience squeezes in between miscellaneous furniture, slightly shabby taxidermied animals, and towers and towers of cardboard boxes, the curious contents of which we are invited to explore before the show. Taken both collectively and in pieces, this unruly assemblage sparks joy. It also gives rise to wistfulness and confusion, exhilaration and rue, wonder and trepidation as the evening unfolds. This is as it should be—this stuff is the uncurated archive of a life, and Sobelle’s character its charmingly hapless archivist.

Some objects conjure more vivid associations than others, and as Sobelle haphazardly unpacks he shares the memories they evoke with varying degrees of candor, evasion, and control. He recreates for us an Arcadian evening he spent as a student in the French countryside, complete with bread, cheese, and a “slightly chilled” bottle of Chenin Blanc that he freely shares with his auditors. When, however, he stumbles upon an old letter from a girl, he can only get through the first line before halting, embarrassed, and tucking the letter away again, promising to destroy it. Oh, but not just yet, he says, fooling no one. He’ll dispose of it “on his own time.” 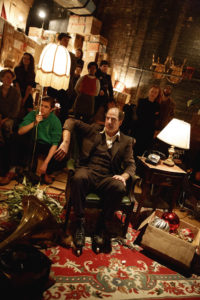 As these props and dozens of others materialize unexpectedly out of the chaotic heaps of junk, Sobelle’s character is mostly in thrall to their time, which folds and unfolds unpredictably. Some scattered ramblings he tape records while puttering about the space early in the show are played back as one end of a frustrating telephone conversation between equally unmoored and exasperated versions of himself. The phone rings. It’s for an unsuspecting member of the audience (on the evening I attended, as it happened, the highly regarded and game English actress Cush Jumbo), who finds herself being served dinner by Sobelle’s character. After graciously seating his guest, Sobelle jumps up onto the table wearing a pair of ice skates, produces the ingredients for a salad, and proceeds to chop them underfoot while performing a manic dance, all the while balancing on the razor’s edge between swaggering bravura and desperate vulnerability. This thrillingly, gloriously demented sequence is clowning at its very finest. The scene is also a brilliant study in emotional memory, with all the anxiety and giddiness of a date with someone new captured and accentuated in Sobelle’s face as he overshoots the mark spectacularly in his attempt to impress the pretty stranger.

Sobelle shares the stage with several other spectators over the course of the evening, calling on a pair of them to empty their purses and pockets and itemize the objects they have carried with them to the theater, then rank them in order of value, leaving the rest of us to wonder what tales might be told by the objects of the man who solemnly pronounced his tiny toy explosive mine to be worth more than his iPhone, and to wonder what our own objects might say about us. 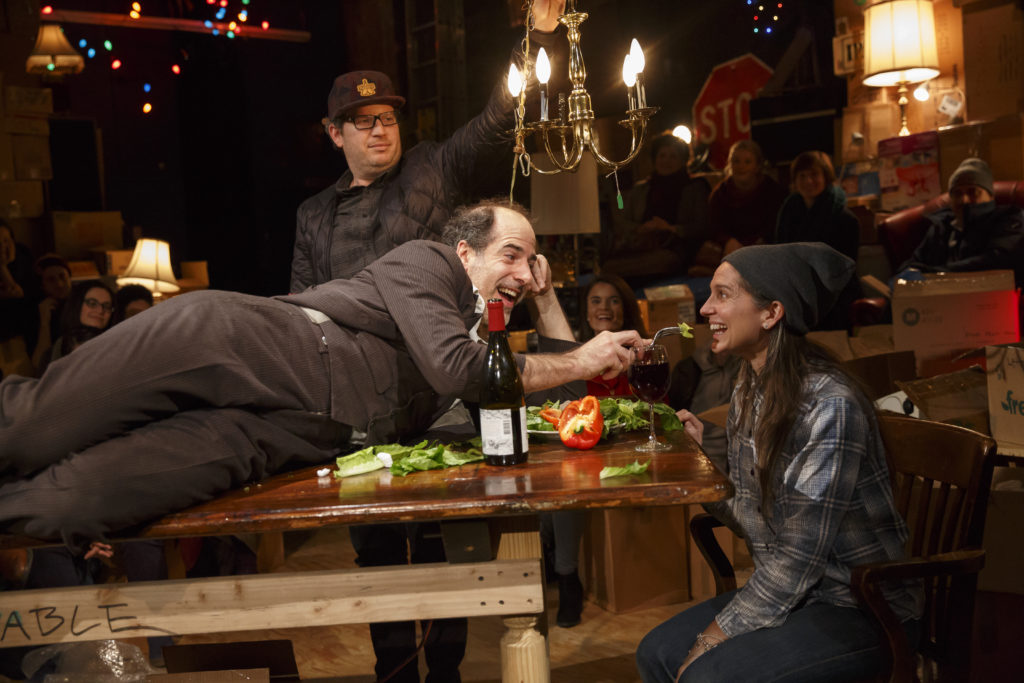 The show closes with an accelerated excavation of the accouterments of birth, death, and everything in between, with Sobelle left tugging at stubborn roots that have become entwined with the detritus of daily life. You can’t take it with you, but we do accumulate belongings in part to acquire a sense of permanence and stability. Some of us aspire to minimalism in our domestic lives—New York Theatre Workshop stands in the very neighborhood where minimalism first emerged in the ‘60s and ‘70s as an artistic movement and design fetish—but as Freud knew, “In mental life nothing which has once been formed can perish…everything is somehow preserved.” The Object Lesson shows us what it would look like if our physical habitats were as crowded as our minds, as overpopulated as our souls.