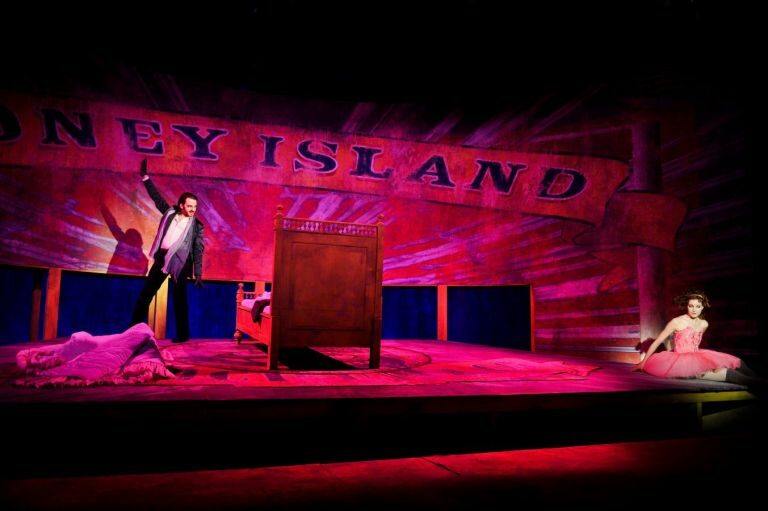 Brecht and Weill’s Threepenny Opera is much more of a musical than an opera. But it decidedly isn’t a play, and that’s what director Christian Stückl and the Volkstheater seem confused about. Their production is almost very good: the acting, sets, and costumes all impress. But pacing issues and a failure to give proper attention to the music keep it from being entirely successful.

I was a bit worried this staging would be a disaster (or, in Volkstheater tradition, be lovely in the first act and fall apart entirely in the second act). After all, Christian Stückl also directed The Winter’s Tale here. But I was wrong—the staging fits the piece perfectly. London is a circus, and Peachum is the ringmaster. His beggars are something between cripples and freak show performers. He decides the course of the show—even throwing knives at Tiger Brown to intimidate him into betraying Macheath. It was curtains for Macheath as soon as he messed with Peachum’s family. (Or it would have been, if not for the obligatory satirical deus ex machina lieto fine.) 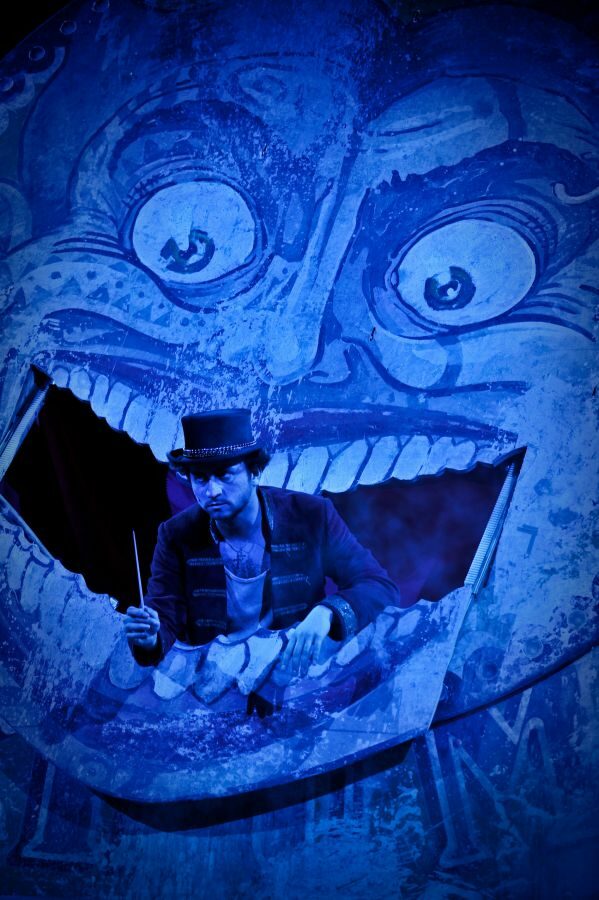 The acting walks the line between naturalism and Brechtian double-consciousness, but that’s not exactly unusual for German theater. And it’s all good. Magdalena Wiedenhofer’s Polly undergoes an impressive transformation from innocent schoolgirl to cold criminal. Tobias van Dieken is at once irresistibly likable and a cringing coward in the role of Tiger Brown. But the show belongs to Pascal Fligg’s Macheath. He seems wonderfully real: sometimes raging, sometimes joking, fierce and charismatic, and ultimately fatally flawed in his lust for women.

Unfortunately, Pascal Fligg simply cannot sing. His range doesn’t extend high enough for the role of Macheath, and even within his range, he often hovers below the correct pitch. I don’t particularly mind that this show is full of (apparently) untrained voices—Magdalena Wiedenhofer’s Polly, for instance, has a voice that is decidedly non-operatic but expressive and true-to-pitch. I also don’t mind that a lot of the songs are half-spoken: it tends to work dramatically. But when singing does happen, it needs to be on-key. (But I would be remiss not to mention that two actors stood out for their glorious voices: the thief who sang “The Ballad of Mackie Messer” (unfortunately not credited as such, so I don’t have a name) and Tobias van Dieken as Tiger Brown.) A similar criticism applies to the orchestra: perhaps it is the lack of a conductor that throws them off, but they seem to struggle to play the right notes at the right time, with the clarinet and trumpet making some particularly glaring missteps. 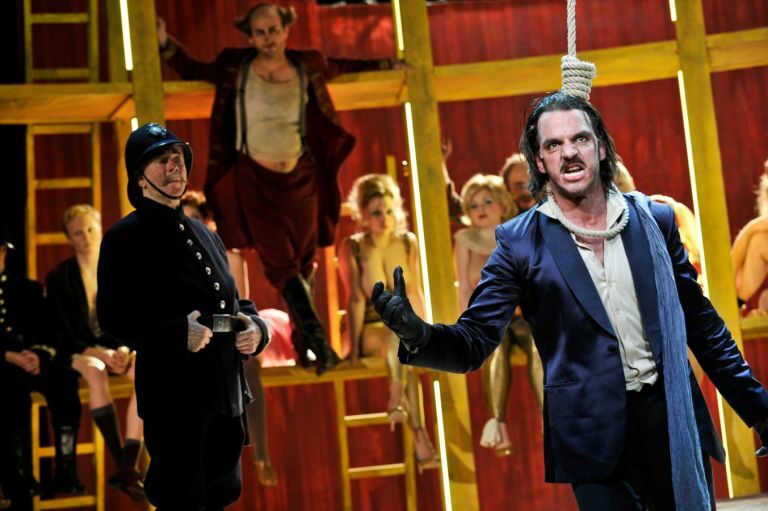 The show drags a bit, too, and this seems connected to the choice to de-emphasize the music. Bits of dialogue and silent stage business are added and drawn out, which sometimes left me yawning, waiting for the next song. (Weill’s music is brilliant.) I enjoyed this Threepenny Opera a lot, on the whole, but it left me more in love with the piece itself than with this particular production. I’d very much like to see it again—in a snappier production, with better singers and musicians.

This review originally appeared in My German Season on January 10, 2015, and has been reposted with permission.