It’s December 22nd, not quite the night before Christmas but not far off, and the news has just reached me that Kamikaze productions will leave Madrid’s Pavón theatre, with its spectacular art deco exterior by architect Teodoro de Anasagasti, in January 2021. It is a shock and a disappointment: a shock because this company has turned a venue in Lavapies—an area of the city popularised in Almodóvar’s films— that I always found a rather cold, functional auditorium, albeit one with a glorious exterior, into one of the most exciting theatres in Madrid: a disappointment because both the city and regional governments of Madrid need to protect their cultural assets and don’t appear to be doing so; the Pavón Kamikaze had created work that mattered, that had audiences flocking to this venue, and that won a string of awards, including the National Theatre Prize in 2017.

The artistic team of Miguel del Arco, Israel Elejalde, Aitor Tejada, and Jordi Buxó did this through imaginative programming, through the staging of sharp, contemporary productions, through the focus on new writing (both national and international) and a personal touch. Each performance was introduced by one of the theatre’s artistic leadership who made the audience feel they had a part to play in that evening’s performance. This was about a vision of theatre rooted in community, in recognizing that theatre only exists when you have an audience that you engage with and that feels part of what is being presented. When del Arco, Elejalde, Tejada and Buxó (“the Kamikazes”) took over the Pavón in September 2016, they did so without a euro of state subsidy, creating what they termed a private theatre with the vocation of a public theatre—much as Barcelona’s Teatre Lliure had done 40 years earlier, again with an artistic team rather than a single individual at the helm.

The Pavón was the temporary home of the Compañía Nacional de Teatro Clásico, or CNTC, for 12 years and its stage hosts the ghosts of the Spanish theatre’s Golden Age repertoire. The Kamikazes presented early modern works—Hamlet (2017)and Richard III (2019)—but these felt urgent and contemporary. The CNTC had been known for s(t)olid and often overly reverent productions, El Pavón Teatro Kamikaze promoted a fast, furious aesthetic embodied in a commitment to provide a stage where all Shakespeare was very definitely our contemporary and international new writing, like Gary Owen’s Iphigenia in Splott, titled Iphigenia en Vallecas—Vallecas is a working-class area in southern Madrid—(2017) and Ivan Viripaev’s Illusions (2019) came into dialogue with Spanish-language plays—as with Pablo Remón’s El tratamiento (The Treatment, 2018) and Pablo Messiez’s Las canciones (The Songs, 2020).

The Kamikaze’s first 10-month season at the Pavón saw 36 productions, generating 500 performances and over 80,000 spectators. 2018 built on this with audiences of over 85,000. The Pavón Kamikaze provided innovative readings of classic works and the revival of acclaimed past productions by del Arco—including his 2009 version of Six Characters in Search of an Author, La función por hacer (The Performance to be Done) which closed after ten years of revivals to sold-out houses in 2019, and his reflection on the myth of Helen of Troy, Juicio a una zorra (Judging a Vixen), first seen at the Mérida festival in 2011. Juicio a una zorra was part of the showcasing of new writing that proved such a strong feature of the theatre’s program. The new writing program was partly funded by the three-euro donation requested for all complimentary tickets, an innovative way of getting around the high proportion of free tickets given out to industry guests in Spanish theatre.

El Pavón Teatro Kamikaze created a significant reference point for those interested in theatre that was dynamic, exciting and, well, quite simply different. It was the place to see some of Spain’s best actors—Bárbara Lennie was a regular there both on the stage and indeed in the audience—as I realized when watching Àlex Rigola’s Enemy of the People on a hot late summer evening in 2018. This was a space where theatre mattered and where the buzz was always palpable.  Audiences left the theatre talking about what they’d seen. Rare was a visit to Madrid where I didn’t see or review something at the Pavón Kamikaze. I even remember cutting a holiday short to travel up to Madrid from Málaga to catch Carmen Machi’s Creon in del Arco’s Antigone (2017). It didn’t disappoint. Madrid’s theatres shut down in August as local audiences exit the heat of the city. Not so the Pavón Kamikaze where the theatre programmed some of its biggest hits for a high summer run.  The Pavón Kamikaze made theatre in corners where it hadn’t previously existed. For four years this was quite simply one of Europe’s most dynamic theatres. It was the Madrid home for Pascal Rambert’s raw, vital stagings; it was a place for verbatim theatre that sought to engage with issues of justice and democracy. The Kamikazes persevered even when things looked tough; they almost closed in 2018 but were able to keep going at least for a short while longer. Having survived for so long, it feels cruel that it wasn’t possible to secure a longer residency at the Pavón through the Covid-19 crisis. So tonight, as I write this in a Tier 4 corner of London that seems many miles from Madrid, I salute the Pavón Kamikaze and all it achieved—all to do with the enterprise of the Kamikaze team rather than the owners of the Pavón whose steep rent always felt unreasonable. The Kamikazes will return, of that I have no doubt, but the Pavón years have come to an end. I could have easily picked a dozen shows from this era but here are my top five (in no particular order), with thanks. 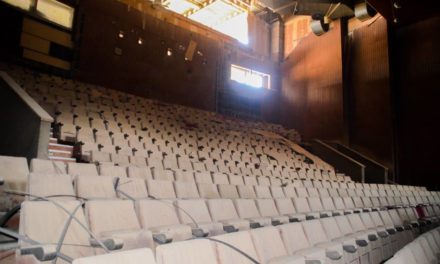 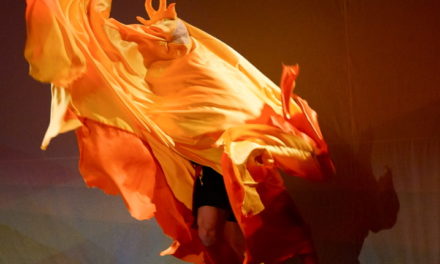