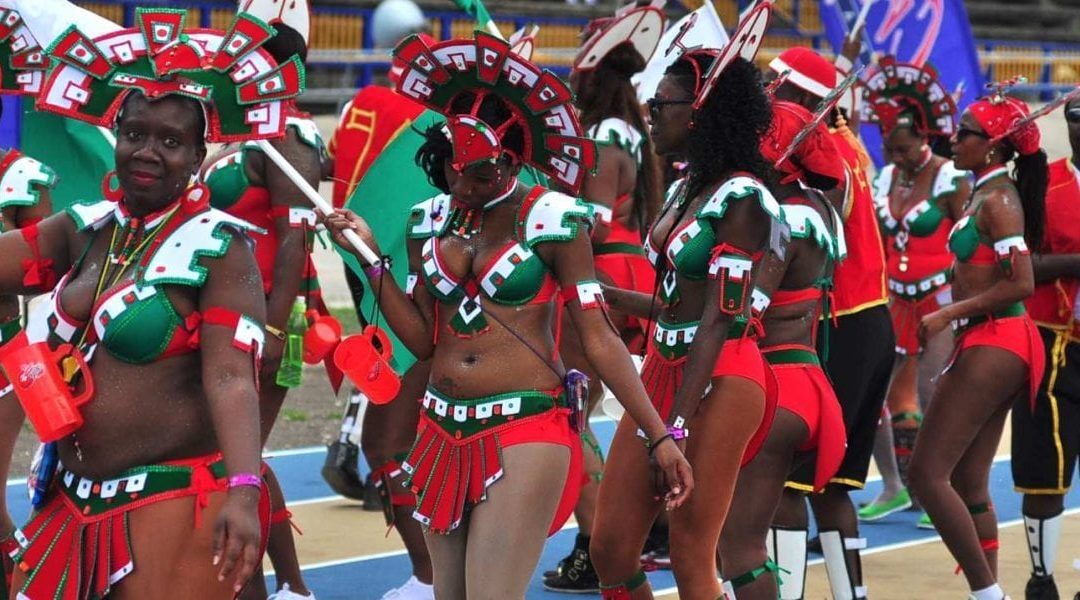 Independence in Barbados is not without its many activities in celebration. We are accustomed to the National Independence Festival of Creative Arts [NIFCA] with its plethora of artistic works in dance, music, visual art, drama, literary arts, film, photography, craft, and cuisine held in the days leading up to the National Day November 30th. But with the COVID-19 pandemic affecting us here in Barbados and all theatres shuttered since early March 2020, our theatre community, impatient for stimulating work, was at last treated to Caribbean theatre’s roots of storytelling to revive our enthusiasm and provide that welcome release from the restrictions the pandemic has imposed. So for two nights- November 29-30, 2020, Variations Theatre Company owned by Varia Williams, and its able producer Afi Farrell, embarked on an open-air affair, minimal lighting effects, and the backdrop of the Old St. Matthew’s Rectory to introduce and sustain our interest in tales of the past-ghost stories, obiyah, revenge, murder and mayhem-tales that might have been heard on doorsteps, under streetlights and under the watchful eyes of grandparents, the griots of the village.

Many tales were on offer. Williams began with the bizarre murder of the rector’s wife one Christmas night and the unsettling ambiance of the rectory that was solved by a Trinidadian housekeeper who emerged unexpectedly for the exorcising.

Following closely was Michelle Barrow, an able raconteur, who gave us the origins of the face in the tamarind seed which has been preserved for posterity in the Barbados Museum. Next came a series of tales: Na La and his Minibus Chronicles, more astounding for its capture of one day in the life of rural dwellers dependent on spasmodic transport but aware of its personal and public pitfalls. Andrew Pilgrim regaled us with his experience as a young lawyer defending a drug pusher who escaped conviction by working obiya. Pilgrim mastered the Jamaican accent well and the twist in the plot made his tale all the more engaging.

Melissa Hunte, a budding thespian getting her feet wet in storytelling, was the youngest narrator. Hers was a fresh take on stories from childhood where tricks and conniving bring calamity. DJ Simmons, better known as a spoken word artist, captured our attention with a story about infamous prison escapee Winston Hall. He was helped by samples of Daddy Plume’s dub song Big Up Escape which made his mix of prose and poetry palatable.

Winston Farrell, one of Barbados’ leaders, in the rhythm poetry genre told about the demise of Millie from the folksong Millie Gone to Brazil, a sad story of domestic violence. Nonetheless, ever the socially conscious performer, the cover of his poem Woman –a tribute to black women all over-acted as a fitting contrast given the proximity of the International Day pinpointing violence against women, to the evening’s re-telling of Millie’s tragedy.

But pride of place goes to Kenneth ‘Jack’ Lewis and Janine White who at various points in the middle and end of the performance gave the welcome punch to the evening through their remarkable energy, narrative ability, and their compelling stories. Lewis terrified us with the provocative story about the Phantom- a village terror-who sharpened his cutlass as a doubled-edged murder weapon replete with bone-chilling sound effects. His end is predictable but it is a lesson in the failure of parents to discipline their children from early. White carried her comedic ability to its best inviting us to experience the meeting with the Heartman via an assortment of village children forbidden to enter the neighbor’s yard.

The evening’s entertainment was greatly appreciated by the masked, socially distant audience which came prepared with picnic baskets and camping chairs. Patrons were treated to mini conkies-a Bajan November sweetmeat, and rum punch always satisfying in the open air. Barbadians are looking forward to a repeat of this storytelling venture which coincided with Gimmistory in the Cayman Islands and Amina Blackwood-Meeks’ Ananse Soundsplash in Jamaica all three of which should become

This article originally appeared on Capital Critics’ Circle on December 15, 2020, and is reposted with permission. To read the original article, click here. 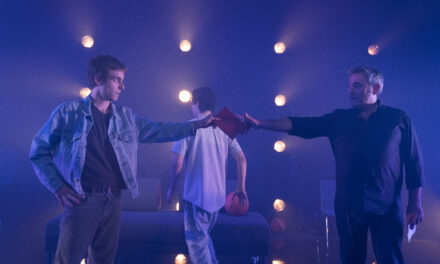