The Picture of Dorian Grey review: Eryn Jean Norvill Stuns in all 26 Roles 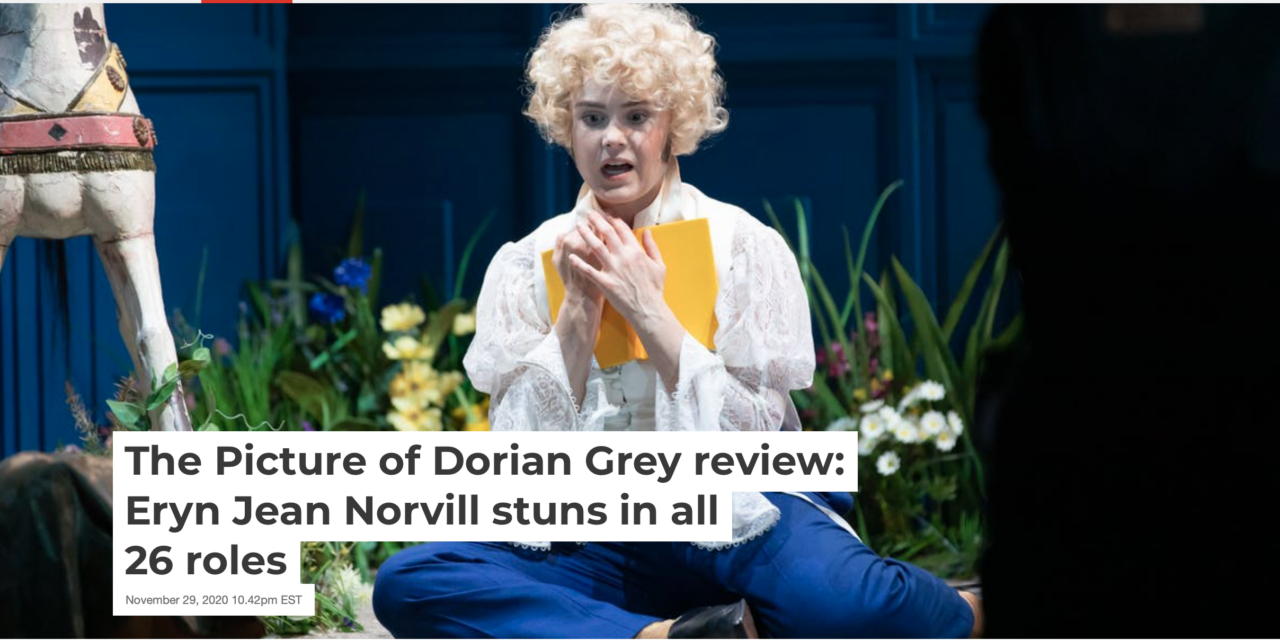 Australian theatres are slowly coming back to life. And, with Kip Williams’ exuberantly inventive adaptation of Oscar Wilde’s 1890 novel, The Picture of Dorian Gray, the STC is giving us everything we have missed from live performance. This is despite much of the show consisting of a complex interplay between live-action and video.

The strength of the show lies in the brilliant combination of Williams’ confident direction and an extraordinary performance from Eryn Jean Norvill, who is emerging as one of the best actors of her generation.

Here, she takes on every single role in the play — 26 characters in all. Sometimes she switches personas live on stage and, at others, she interacts with video representations of the other characters.

These exchanges between multiple different Norvills often display an exquisitely-timed comic effect; the show is genuinely hilarious at times. But it also allows, at other times, for a genuinely chilling terror.

Conception and performance offer more, however than a display of technical brilliance. Both serve to translate some of the trickier aspects of this confounding, but magnificent, novel to the stage.

Dorian Gray marked a turning point in Wilde’s short writing career. Published before he started writing plays, it is the culmination of a period in which he was known mainly for his prose: essay-writing, journalism, and short fiction, including magical fairy stories.

Even though we see hints of his dramatic dialogue, particularly in the paradoxical aphorisms of Lord Henry Wootton, the novel really has as much in common with Wilde’s short story The Selfish Giant as it does The Importance of Being Earnest’s farce. It is fable-like, as in love with its own charm and beauty as Dorian himself.

Wilde described the novel as a reaction, “against the crude brutality of plain realism”. The STC production picks up on this quality; we see the story being woven together before us.

More significantly, the use of a single actor underlines and accentuates a signature Wildean idea: the self as a performance, as inauthentic even.

Just as Norvill shifts between all of the characters on stage, so Wilde saw different elements of himself refracted through the three main characters of his book: “Basil Hallward [the artist] is what I think I am”, he wrote. “Lord Henry [Dorian’s seducer into a life of pleasure] what the world thinks me”, and “Dorian what I would like to be — in other ages, perhaps”.

The Picture of Dorian Gray pursued Wilde throughout his life, questioning the limits of art and life in increasingly perilous ways.

The first edition was published in Lippincott’s Monthly Magazine in 1890 and was already a much-censored version of the original typescript Wilde had sent to the editors. It caused a scandal and Wilde amended it still further for its publication as a novel in 1891, reducing the homoeroticism, particularly in Hallward’s obsession with Dorian, and emphasizing the moral of the story.

Wilde’s trials, which began with him pursuing a case of libel against his lover’s father and ended with a conviction against him for gross indecency, were haunted by the book.

In his first trial, trying to prove that accusations of sodomy against him were untrue, evidence was produced from the original publication of the novel. In lines suppressed in the 1891 version, Hallward declares, “I have worshipped you with far more romance of feeling than a man should ever give to a friend”.

In a later trial, where Wilde was attempting to save himself from imprisonment, he defended himself in terms that also came from the censored version of the book, where he described male same-sex attraction as, “such love as Michael Angelo had known, and Montaigne, and Winckelmann, and Shakespeare himself.” Resisting the prosaic truths of the trial, Wilde claimed the role-playing of art.

This 2020 STC production might not have the same radical edge as the 1890s novel. Same-sex desire no longer offers the same challenge to society as it did in late Victorian England. References to selfie culture instead provide some elements of contemporary satire.

However, as we emerge from our Zoom-framed isolation, this show — like the often underrated novel upon which it is based — offers a smart reflection on the complex relationships between public image and private passion, between art and life, between representation and reality.

Its shrewd examinations of both the liberation and the limitations of art constitute an enormously impressive response to the challenges of theatre-making in the 2020s.

The Picture of Dorian Gray runs until December 19 at the Roslyn Packer Theatre, Sydney.

This article was originally posted on The Conversation on November 29, 2020, and has been reposted with permission. To read the original article, click here. 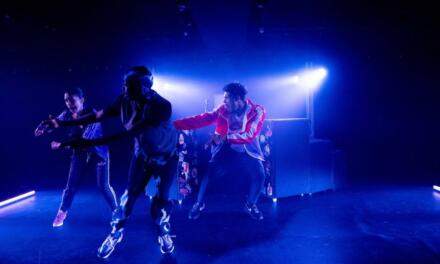