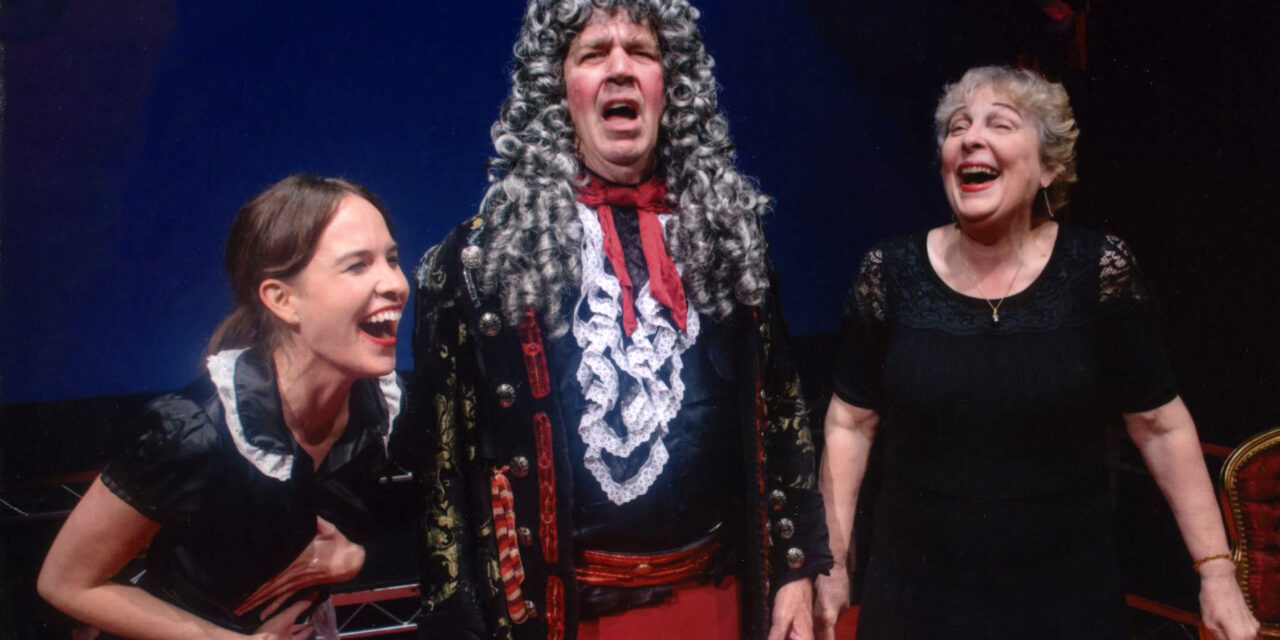 The City Garage once again shows its audiences in Santa Monica, CA how much Moliere’s work is both relevant and necessary with their revival of The Bourgeois Gentleman.  Originally produced by the company in 2008 with a new English translation from the show’s director Frédérique Michel and the producer/production designer Charles A. Duncombe, the play centers on a wealthy merchant with dreams of becoming a member of the aristocracy.  Monsieur Jourdain (played by Bo Roberts) longs for the finer things and hopes to make important connections in court but he goes about achieving all of this, as one might expect, in all the wrong ways.  He uses his wealth to purchase what he believes to be fine clothes, who he feels certain are fine friends in the person of Dorante (Troy Dunn) and access to what actually looks like anything but the finest masters of certain arts to teach him the things he believes he needs to know to rise above his station:  music, dance, philosophy and in this version, a Sho Shi Master [as spelled in the program] instead of the fencing master found in other translations of the play. 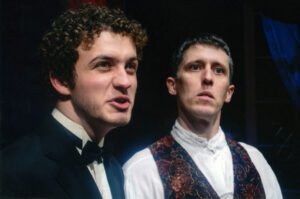 Before we meet Monsieur Jourdain we encounter his Music Master (Martha Duncan) and Dance Master (Rob Nolan) with their company of masked performers at the ready to win their wealthy patron over.  In fact, the two masters argue to a delightfully revealing degree for they even as they acknowledge that “He may not be the most discerning of critics but so much the better for us.  His enormous wealth makes up for his poverty of taste”, they are willing to do anything to earn that wealth even if it means attempting to certify that dance or music alone is better when only together do the two find their highest form.  The moment Jourdain arrives, they one-up the other and this tension is only exacerbated by the arrival of the Sho Shi Master, a character that felt a bit uncomfortable to watch in 2019  given that he is played by a white man wearing an elaborately decorative wig.  One wonders why a fencing master didn’t work in this version of the text for the Philosophy Master (Trace Tayler) is still teaching the same philosophical ideas that start with the laws of pure reason but are soon reduced to an argument regarding poetry vs. prose; Jourdain thinks they are the same thing.

Bo Roberts plays Jourdain with frenetic energy as if every new idea and every possibility is simply too much for his brain and body to handle.  There simply doesn’t seem to be one moment in the play where he is still – even when sitting – and though his level of commitment to this character that is played for a fool by nearly everyone in his life can be commended it is tempting to wonder what a few moments of stillness might have added to the overall effect of the performance.  At times he’s so animated he almost seems like a cartoon come to life and one from an entirely different play.   The rest of the company embraces a presentational style with gestures and poses that not only clearly indicate their state of mind but also their station.  For the much verbally-abused [at least by Jourdain] house servant Nicole (Lindsay Plake), her arms akimbo stance often reads ‘what have you done now, silly man?’ while for Dorante and his love interest Dorimène (Angela Beyer) the raised right hand, palm up, fingers slightly curled gesture conjures an aristocratic pose that indicates they are above the rougher things in life.  Dorante might be a usurer who is indebted to Jourdain for almost 20,000 [francs/dollars] but he knows how to play the part of the aristocrat and he keeps that knowledge to himself.

There are, as one might expect, moments of direct address to the audience but for the most part, characters seem to fix their gaze on some majestic unseen horizon as they address each other rather than speak directly face to face.  This physicality is often delightful to watch and on Ms. Beyer’s part, it affords us as the audience an opportunity to watch her without feeling watched.  She is a charismatic figure here just as she was in “The Resistible Rise of Arturo Ui” and though Dorante’s ploy to capture her seems as transparent as his role as the bad influence is transmitted by the red suit he wears [imitating his role in “The School for Wives”]. 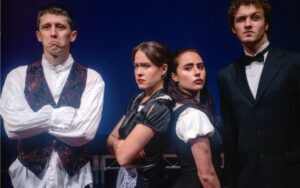 Covielle hatches a scheme to not only show the world what a fool Jourdain is but to also marry the women he and his master love to double the man’s pain.  He convinces Jourdain that he was a friend of his father’s  [though he is much younger than Jourdain] and goes on to state that he works for the Grand Arch Duke of Kabulastania who happens to be there in Paris and also happens to have fallen in love with Lucile at first sight.  When Covielle refers to Jourdain’s father as a very worthy gentleman, Jourdain is thrilled – he knew it all along! – and is all too happy to accept the Grand Arch Duke [Cléonte] as his son-in-law.  The Kabulastanian entourage speaks a gibberish language but Jourdain doesn’t question a thing they do as they undergo a ceremony to name the merchant an official member of the royal family.  Before the ‘royal’ visit is through, everyone in the house including the staff, Dorante and Dorimène are in on the joke except, of course, for Jourdain who now freely uses the phrase “Your big fat ass is like a stinking rose bush!” as the compliment in the Kabulastanian language that he thinks it is translated from. 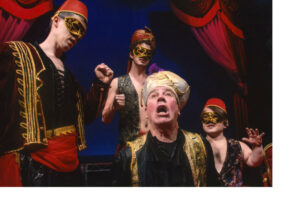 Considering the latest scandal out of Hollywood that has revealed children of the rich and famous have been buying their way into schools in a fashion that goes one legal step beyond the usual endowment system that we’ve turned a blind eye to for decades, it is honestly delightful to watch Jourdain try to buy knowledge and status in a similar way particularly after the exchange early on where Jourdain tells his Philosophy Master that she “would not believe how ignorant I am,” she answers that she “might” and he counters with “No really.  It’s my damned parents’fault.  They never made me study.  Now I have to make up for lost time.”  That said, it might be a fault of the original play or it might be the addition of a song that was not in the original text that makes it seem so but the first act feels long and the second act unusually short enough to suggest there might have been compelling reasons to omit the intermission and let the momentum of the story take us through without a break.  The company gives their all to the work and that’s a testament to their creative leaders but given the company’s thorough understanding of these classical works, it would be interesting to see what they would do if they took things one step further from translation and remounting into the realm of creative editing and further interpretation of the work. 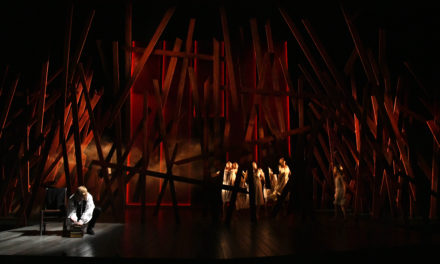 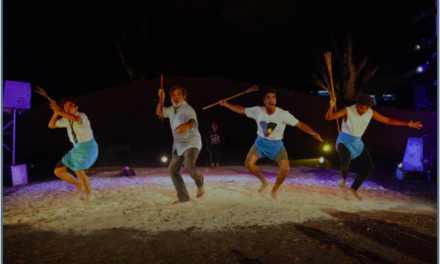