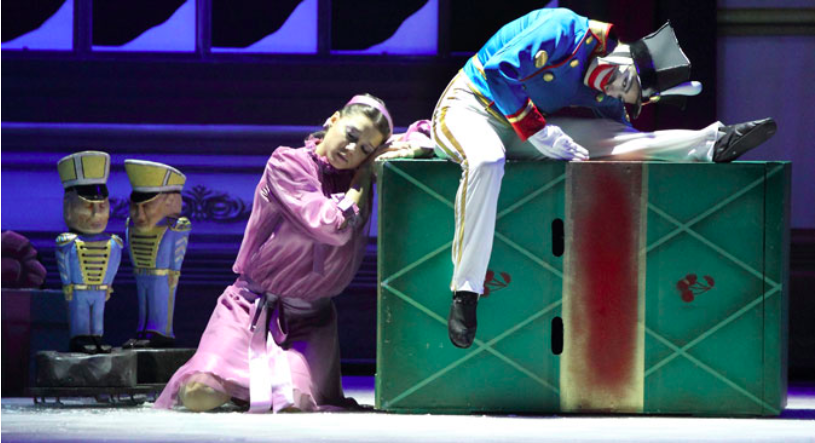 Imperial Ice Stars has kicked off their U.K. tour in London to showcase their latest production, "Nutcracker on Ice" at the London Palladium Theatre.

Anglo-Russian dance sensation marries ice-skating and theater in their production of Nutcracker on ice.

The award-winning troupe Imperial Ice Stars has kicked off their UK tour. They are in London to showcase their latest production; Nutcracker on Ice at the London Palladium theatre.

The iconic London venue is no stranger to ice, as it used to be the site of the National Skating Palace at the end of the 19th century. Although creating a temporary skating rink there was no easy task, requiring 14 tons of ice and 15 km of pipes to be laid on stage.

The dramatic performance features winners of Olympic, national and international skating competitions. It incorporates elements of gymnastics, flying, acrobatics, fire, and even illusions. The daring jumps and toe-loops performed by the skaters on a frozen stage were sure to give the viewers an adrenaline rush. But Olga Sharutenko, who is the 1995 World junior champion, says the fear of falling is nothing compared to that of disappointing the audience.

“Professional skaters are not afraid, but rather ashamed of falling. You are most afraid of ruining the perfect “picture” created by your own and your colleagues’ hard work”. The standing ovation after the curtain call proved the cast’s efforts paid off. “The public received us so warmly, it was simply great. From the very first minutes we realized everything was going to be fine”, says Jurijs Salmanovs, who plays the Mouse King.

The Imperial Ice Stars is a vivid example of Russo-British cooperation, which will be celebrated during the upcoming bilateral Year of Culture. Most performers are from Russia and the CIS, though some of them are well familiar to the UK audience. Olga Sharutenko and the show’s guest star, Keith Chegwin, captured the nation’s hearts on ITV’s Dancing on Ice earlier this year. In the Nutcracker, they skate as wizard Drosselmeyer and his young apprentice.

Sharutenko says it is crucial for ex-sportsmen changing careers to “forget” about their achievements and be prepared to learn from scratch. “Professional skaters are used to constant competition, while here we learn to work as a team. The viewer is not a sports judge – you cannot impress them by well-performed elements. What’s important is teamwork, acting skills, the overall impression.”

The company’s founder, British producer Tony Mercer believes Russian ballet schools are the strongest in the world. He teamed with award-winning figure skaters Evgeny Platov and Maxim Staviski to create choreography for the show. Mercer also had to spend some time in the archives, researching the ideas for the costumes, sets and special effects – many of them have been derived from the early 20th century productions.

Mercer founded Imperial Ice Stars in Moscow 10 years ago. The company has since traveled the world with his productions of Cinderella, The Swan Lake, and The Sleeping Beauty, performing to some 4 million viewers in total. According to the actors, one of the key drivers behind their success is the fresh take on well-known classics. “It is the funniest thing – after we performed with The Swan Lake on Ice at London’s Royal Albert Hall, our production received higher acclaim than the classic ballet also staged there”, laughs Salmanovs.

But despite their resounding success around the world, the troupe has never performed in Russia. “I’ve lived in Moscow for 17 years, we are based there and are one of Russia’s biggest export items. We tour more than the Bolshoi Theatre and the Kirov Ballet. In South Africa, for example, we sold more tickets than the Lion King and The Phantom of The Opera. But we are virtually unknown in Russia”, says Mercer.

The Imperial Ice Stars will be performing at the London Palladium until November 3. Ballet fans outside of the capital can see them live in Cardiff on 8-17 November and in Southampton on 19-23 November.

This post first appeared on Russia Beyond on October 30, 2013 and has been reposted with permission. 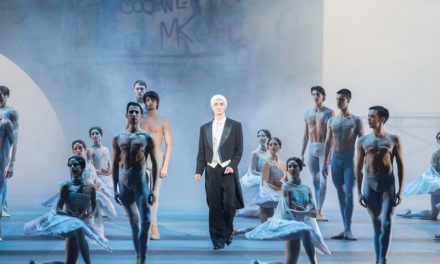