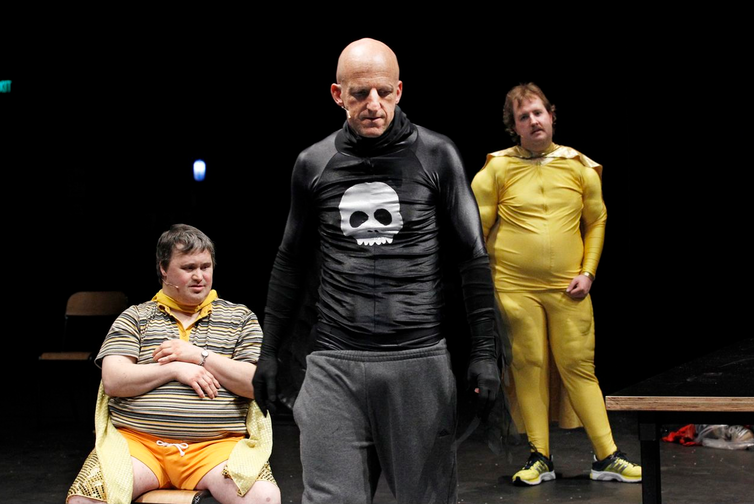 Super Discount – currently playing at Melbourne’s Malthouse Theatre – is the latest work by Geelong-based Back to Back Theatre company. The project launched to great critical acclaim at the Sydney Theatre Company in September.

Back to Back creates “new forms of contemporary theatre imagined from the minds and experiences of a unique ensemble of actors with disabilities.” The company makes projects that work like conversations; conversations with audiences, with previous shows, and about the vital need to make theatre.

Shows by the company include small metal objects, Food Court and Ganesh versus the Third Reich, all of which have received plaudits worldwide.

And so, to Super Discount, a show the company describes as following “the classic narrative of a hero fighting back from early setbacks to a new position of insight and strength.”

It begins with an atmospheric vortex of smoke that looks like a tornado.

Actors Mark Deans and Sarah Mainwaring arrive on stage and struggle to speak over the fans used to maintain this vortex. Deans – as befits the superhero theme of the work – is dressed resplendently as a superhero in a yellow cape and mask. 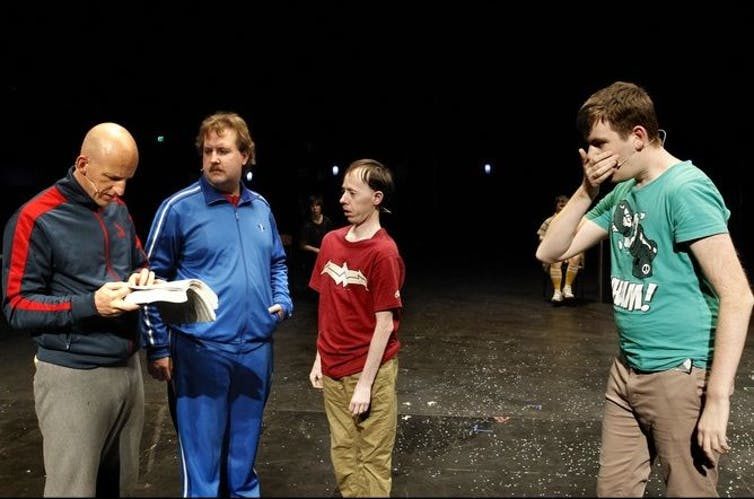 For the rest of the play a range of actors audition for the chance to play Mark – who is nominally unable to do so, given his particular disability – as the Super Discount “superhero.”

Meanwhile, a timer counts down and keeps score of the victories and losses in the superhero world where evil does battle against good.

This is a play about superheroes – but it is also a play about actors and what it means to perform. It is a work that invites us to consider new ideas in performance: people play themselves, they play others, they talk about how theatre gets made, and they show scenes from theatre that they have rehearsed.

At the end, there is no dramatic resolution. Instead, the work leaves us with feelings of awe, where certainties of the world are no longer clear.

The organization of the theatrical space gives the audience the first clues that this is something different. It is an open stage with a few chairs, much like a rehearsal studio. The things that the show needs – props, storytelling aids – come into existence before our eyes. Then the acting reveals the expressive power of the interrelationships between ensemble members.

In an arresting scene that challenges audiences to think about the ways in which they judge others, performer David Woods reminds the ensemble that, after an earlier show, each of the performers was praised for their “beautiful, exquisite and raw” work. For Woods – the one actor on stage without an intellectual disability – this was an affront. As he puts it, the praise for the others made him feel like:

The dismissible actor … who’s not got the intellectual disability, and therefore isn’t as praiseworthy as the other actors …

He proposes to use this experience as motivation for playing the role of Mark. This scene raises the question of what it means to act, of who can act and of where the motivation for acting might come from.

It also generates a series of provocations to the audience about what it means to respond to an actor – and exposes how easy it is to slide into stereotypes in certain situations.

The Edge of the Stage?

Having so provocatively complicated the business of acting, we are on the verge of questioning the limitations of theatre itself. It is at this moment that the show then gives us theatre in all its glory, by staging the confrontation between “bad-guy” and “superhero.” The bad guy is Woods, now dressed in black lycra, with a skull on his chest.

He is fighting it out with superhero Mark in a permafrost snow storm. This is a moment resplendent with theatricality and drama. Like all scenes of this kind, the good guy looks to be losing but at the very point of cataclysm his strength is restored and he prevails.

The Super Discount superhero is left standing on a table astride the vanquished bad guy. 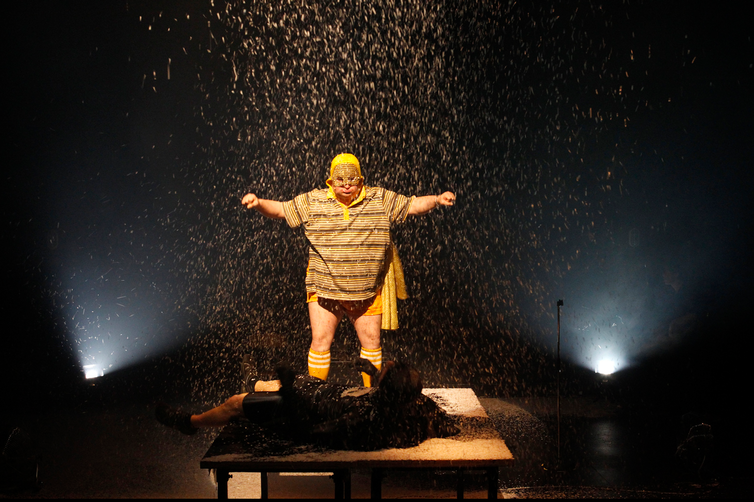 As the other actors begin to strike the set around him, Mark, our superhero, can’t get down from the table. He calls to another of the cast – Sarah Mainwaring – for help. The fragility of our existence is captured in these closing moments.

The juxtaposition between dark and light, vulnerability and superpower, and acting and performance remind us that it is not the epic encounter that is of significance. Instead, as the artifice of acting is banished from this work, we are left with moments of human kindness and a series of questions about where we go from here.

Super Discount reminds us that theatre, following French playwright and theatre theorist Antonin Artaud, should seek to do more than merely entertain. Theatre, for Artaud, should make us better than we are. This is a responsibility that Back to Back Theatre takes seriously – and so should the audience.
Super Discount is showing at Melbourne’s Malthouse Theatre until December 1.

This post originally appeared on The Conversation on November 18, 2013 and has been reposted with permission. 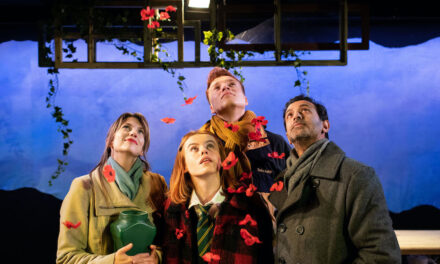 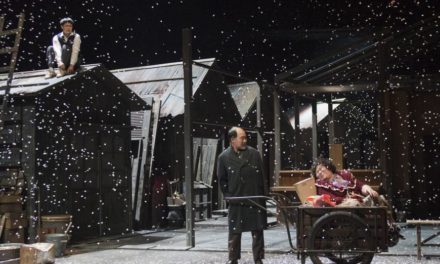