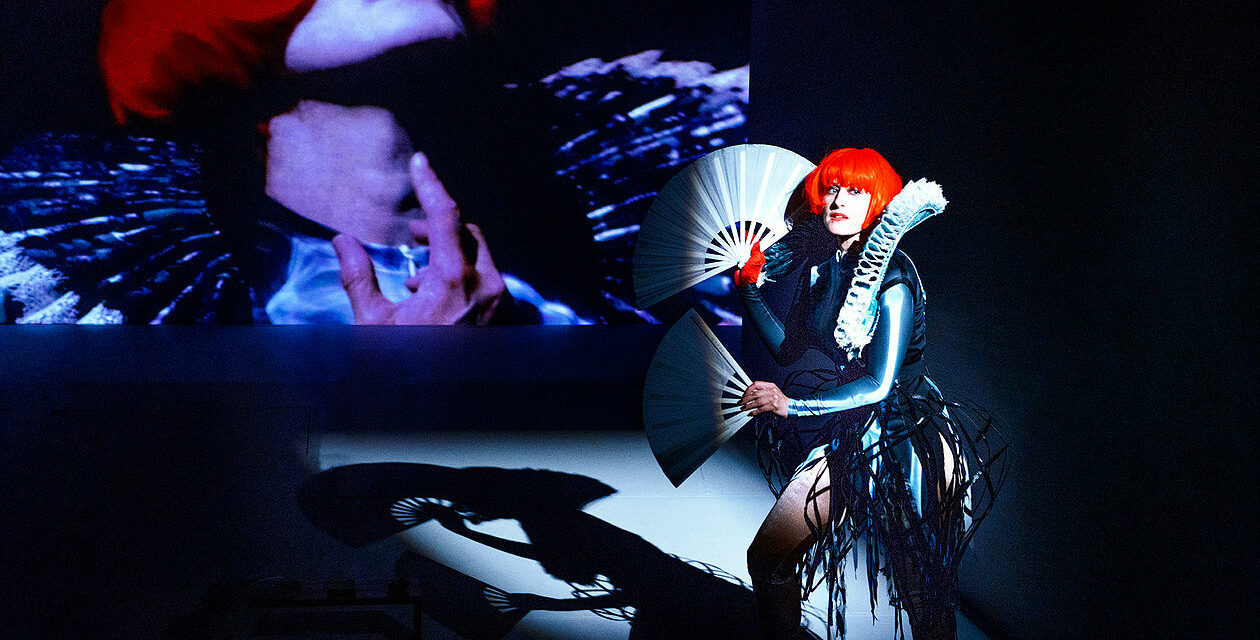 Frank Wedekind’s Lulu is the archetypal modern classic about a sexy woman. Precisely for that reason, it’s a very tough nut to crack today, no less for adaptors than for directors of the original texts.

Wedekind’s first version, a 5-act “monster tragedy” written in 1894—about a sensuous young woman exploited, objectified and loved by a series of husbands and other men before being murdered by Jack the Ripper—couldn’t get past the German censor. So Wedekind fiddled with it for years, eventually expanding it into two plays (Earth Spirit and Pandora’s Box) that amplified the story’s lurid details and added background information that, in a teasingly neutral way, provided social commentary.

Notwithstanding these doubtful improvements, the plays became notorious and classic, righteously championed by a generation of turn-of-the-20th-century artists bent on eradicating Victorian prudery and expanding the limits of what’s permissible onstage. In the film era, Lulu became the prototype of a new, wildly popular character type: the “femme fatale.”

The feminist credentials of this creature were always dubious, but the idea that it contained inherent social-critical content nevertheless came to seem credible because of the appearance of two spinoff masterpieces: G.W. Pabst’s 1929 silent film Pandora’s Box, starring Louise Brooks in the role of her lifetime, and Alban Berg’s atonal opera Lulu (incomplete at Berg’s death in 1935, completed in 1976 by Friedrich Cerha).

All these milestones—these serious uses of the objectified, alluring young woman who either lacked all agency or had it only as a monster—are now historical artifacts. It’s a much stickier question what the socially conscious artist in the era of feminism and #MeToo is supposed to do with this venerated yet seriously problematic material.

I call this conundrum The Lulu Problem: how do artists reuse the Lulu archetype and her progeny without replicating what they purport to critique? For Wedekind, it was edgy and new to show an irresistible gamine without a fixed name or past being used as a projection surface by a parade of ogling, exploitative men. After a century of being assaulted by media images of gratuitously titillating women pretending to own or control their objectification, we’ve seen quite enough of that, thank you very much.

Many very fine artists have taken up The Lulu Problem, with varied results. Angela Carter tried rewriting the original play from a feminist angle in the 1970s, a project canceled before its planned London premiere essentially because the adaptation was too much of a tract. Paul Auster used some Wedekind scenes in a 1990s romantic film about an actress playing Lulu, who turns out to be a murdered man’s cusp-of-death fantasy. Kathy Acker put Lulu into a postmodern mashup of the monster tragedy and Shaw’s Pygmalion, an excursus in a novel that turns Don Quixote into a sexually adventurous she.

And now there’s WaxFactory’s Lulu XX, which is one of the most complex and intelligent solutions to The Lulu Problem I’ve seen. This visually stunning, hour-long show is a reworked version of one of the company’s earliest pieces, now revived to celebrate its 20th anniversary. Developed by Ivan Talijancic and Erika Latta and performed by Latta, it consists of 9 scenes riffing on Wedekind, Pabst, and Berg, with lots of additional sample material from Nietzsche, Pessoa, Sontag, Virginia Woolf, Simone de Beauvoir, Marguerite Duras, Jenny Holzer, and others.

Lulu XX doesn’t tell a single, connected story. Its scenes are quick-moving, mixed-media tableaus very tightly choreographed on a steeply raked, narrow trapezoidal set whose walls are projection surfaces. Each scene turns on a different Lulu trope or tradition in art and media. Thus, “Noir” shows Latta posing with a pistol and cracking wise as a stereotypical hard-nosed dame. “Pandora” has her posing like a Geisha and mouthing Emily Post-like advice about manners and attractiveness. “Silent Film” shows her in black-and-white footage breathlessly running down hallways and anxiously framed against high-rise windows, quoting from noir classics.

A through-line of the piece is the absurdity of fashion photography. Accompanied by loud shutter sounds, Latta shifts countless times—skillfully, quickly, and strenuously—from cheerful on a chair, to backward on a chair, to vampy with an umbrella, to dead with legs in air, dead with legs splayed on floor, cheerful with purse, dead with purse, purse alone, shoe alone, Charlie’s Angelesque with gun, etc., etc. It’s a crazy routine that keeps coming back, as if Lulu had died and been sent to fashion-gymnastic hell. 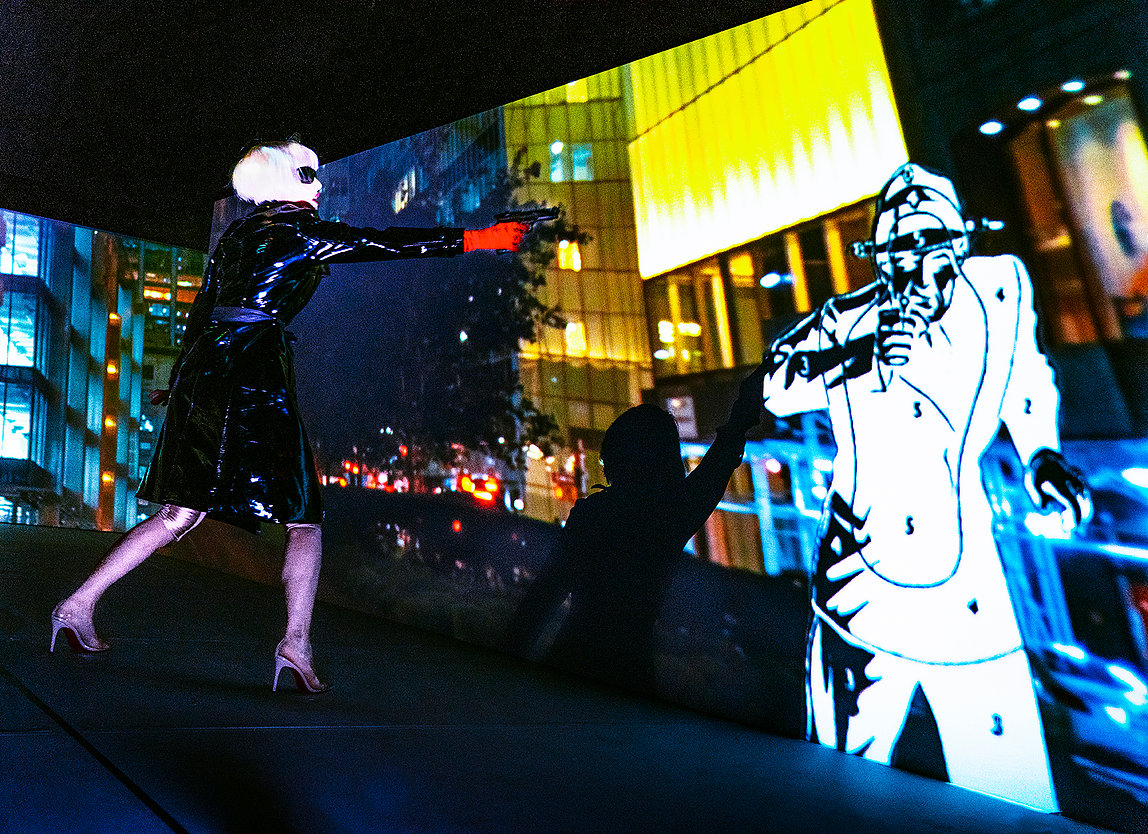 The show starts with an autopsy description and projections of Latta as an exquisitely made-up corpse, announcing the attractively victimized female body as the main subject matter. At the end, she is interrogated and apparently condemned by a tribunal—ensuring that her status as a victim is ultimately mixed with that of a perpetrator, a murderer whose real crime is being seductive and feeling powerful.

In past WaxFactory shows (e.g. Quartet and … She Said—I never saw the original Lulu) I’ve sometimes felt that the slickness of the multi-media technique to some extent blunted the critical edge of the action, which usually riffs on great writing by the likes of Heiner Müller, Marguerite Duras and those sampled in Lulu XX. The issue is that Talijancic is so adept at making, editing and perfectly blending projections with live movement that his shows’ live affect can come off as a little too flawless and airtight. You wonder where the worm in the apple is.

Here, happily, Latta herself reads as a worm par excellence. Rocking an amazing series of flamboyant sculptural costumes (by Miodrag Guberinic) that stuff her into stiff, large couture elements like a Renaissance ruff, a bustle frame, a tight slicker, stiletto heels and more, she nevertheless bends, pumps, kicks, twists and flips like a crack acrobat, freely revealing all the effort, risk and skill behind her demanding moves.

It’s easy to imagine this piece performed by Latta as a young thing 20 years ago. My guess is that it’s deeper and more interesting now, anchored by a mature performer whose strong angular features and thick, muscular legs exude maturity, confidence, and competence. Latta plays deadpan almost all the time but the quality of her glowering nevertheless underscores every absurd pose she strikes and clichéd remark she utters with a silently articulated, “WTF???!!!”

I won’t soon forget the “Dance of the Seven Veils” scene in which she rattles off a list demeaning things men say to women on the street (“hey darling,” “why don’t you smile more,” “wanna come to my truck?”) as her recorded voice speaks visionary words of Nietzsche (“Something unappeased, unappeasable, is within me: it longs to find expression”). Her layered selves end up resolving into a single body apparently raped on the ground while staring straight out at us, as her rigid face seems to ask: “Well, what are you looking at? Do you know?”

This article was originally posted at Jonathankalb.com and has been reposted with permission. 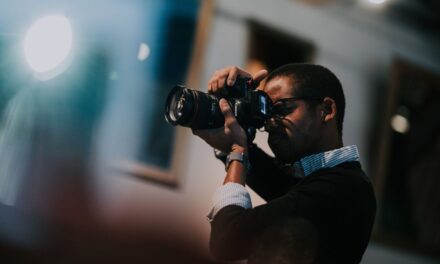 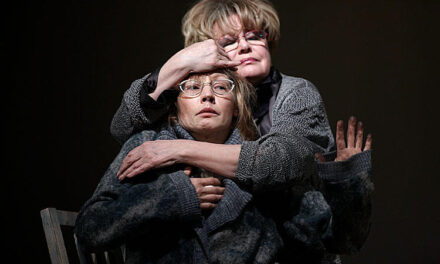