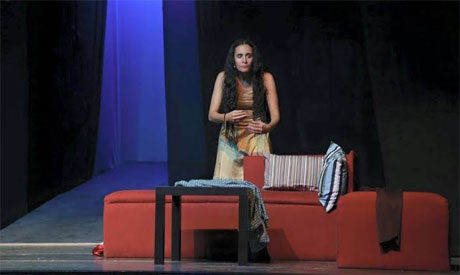 The monodrama Sah El-Nom, directed and performed by Egyptian artist Doaa Hamza, was performed at Osiris on December 23. Osiris aims to bring art back into Egypt by improving communication between young artists and giving them the tools they need in order to create meaningful art.

Fo’s Waking Up was the first of five monologues he wrote in 1977, collectively titled Tutta casa, letto e chiesa (All House, Bed and Church). The monologues are a satirical look at women facing misogyny, an ideology that ebbs and flows as the politics of the time do. While humor is a defining feature of these monologues and serves to induce laughter, it also reminds us that the way the world views women is deeply flawed, and while it may be that time are better now, we could easily sink back into a world that is just as destructive to women.

Doaa Hamza, an actress and storyteller, trained with the Al-Warsha Theatre Troupe and studied at the Actors Studio with Ahmed Kamal. The piece centered on a working class mother talking to her baby, which was a doll. Hamza presented the monodrama as the Egyptian mother, Om Imam, who works at a factory.

“We view her simple daily life through motherhood and marital life.”

However, this is not the first time Hamza has presented this tale. In 2014, she made her directorial debut with Sah El-Nom at the Rawabet Theater in Cairo (in which she also acted). She also directed and starred in the performance at Falaki Theater in 2015, also located in Cairo. The show was then performed at Jesuit Theater, which emphasizes contribution to cultural justice and freedom of expression, and at the El-Ghad Theater in Cairo as part of the National Theatre Festival, where it was presented by the Al-Lu’ba Troupe.

The play represented Egypt at Germany’s Donzdorf International Theatre Festival in 2015, and was performed at Hanager Theater earlier this year. 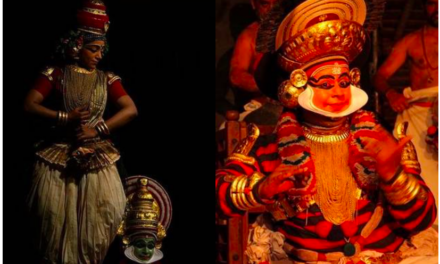