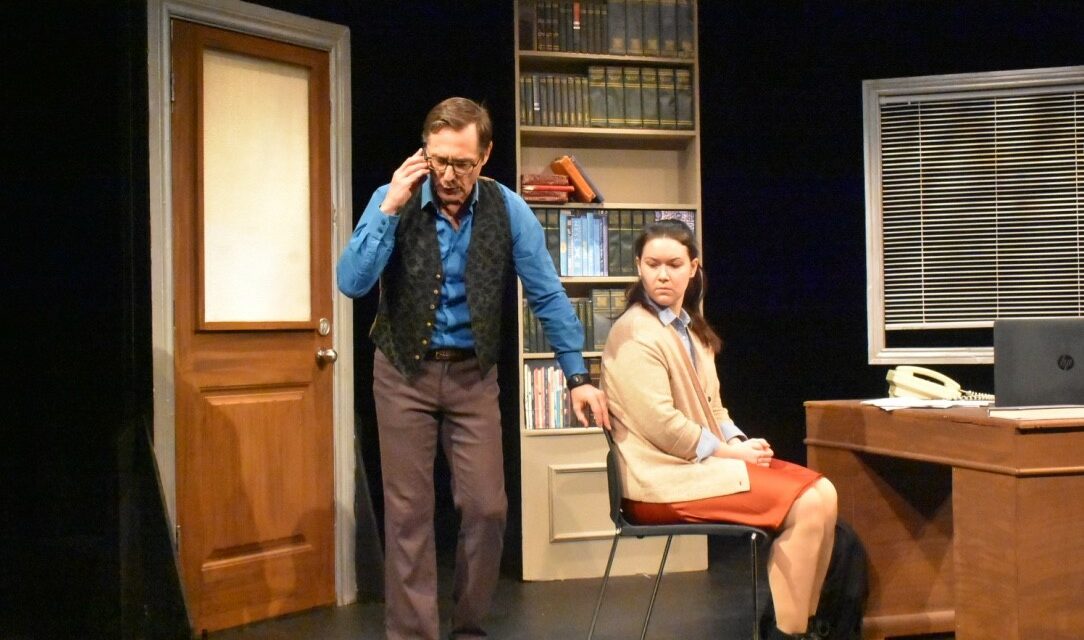 A scene from "Oleanna" with Madeleine Julian as Carol and Guy Buller as John. Photo: Erika Scrivens.

Oleanna, David Mamet’s then-startling play about sexual harassment and power dynamics, debuted in 1992. So much has happened since then — including, here in Ottawa, allegations of harassment against a city councilor and a former federal senator — that one books a ticket for the current SevenThirty production of Mamet’s play at The Gladstone wondering if the show is going to hold up.

It does. In spades.

The production, directed by John P. Kelly, does get off to a sluggish start as we watch a pedantic professor of education named John (Guy Buller) and Carol, a vulnerable student played by Madeleine Julian, circle around Carol’s inability to understand what her professor is going on about in class.

She wants to grasp concepts that elude her and get better marks; he wants to, well, just what John, who favors the slippery language of academe, wants, beyond approval of his application for tenure, is hard to pin down.

Mamet’s script, with its numerous interruptions in dialogue (his trademark choppy “Mamet Speak”) and action (John keeps getting phone calls about a complicated home-buying exercise), makes it tough to keep the story ticking over, and Buller especially has trouble pulling it off in the early going.

But hang in, because act two is a whole different kettle of fish.

That’s when we see the set-up in act one — John’s sexual insinuations, Carol’s occasionally-ambiguous rebuffing of him, the radically uneven power dynamic between the two, the insecurities she feels in an elitist academic environment that’s foreign to her upbringing — suddenly drive the play forward.

Julian, who’s given us just flashes of what’s in Carol’s heart and head during the first half (“I know what I am, professor,” she says with glacial certainty at one point), digs into a deep vein of nuance, anger and resolve as her character confronts John, about whom she’s written a letter of complaint to the tenure committee.

Buller comes into his own as his character’s carefully constructed and protected world first comes under fire and then starts to crumble. Fulminating, admitting errors, bullying and retreating, attempting to re-establish the primacy of logic and self-entitlement: John is a mess of ineffectual defenses and offenses as Carol, now supported by a mysterious “group” seemingly bent on rooting out all bad behavior in the college, flips the power structure. “You are not God,” she says, and you wonder how many of us men still need to learn that lesson as we edge toward the play’s 30th anniversary.

Mind you, in act one, John told her that he’d been raised to think little of himself. That’s one of the beauties of Mamet’s play: Assuming John was telling Carol the truth and not just fabricating a past to win her sympathies and possibly seduce her, you can almost understand why he’s turned out as he has. You can almost feel sorry for him, almost think, “There but for the grace of God….” Almost. Ambiguity courses through the play and our minds like a shark, ready to take you down the instant you think you’ve nailed what’s going on.

If you’ve seen the play, you know that things escalate to an ending that is shocking. If you don’t know the play, you’ll find out. Either way, you’ll see that Kelly and company deliver in fine fashion.

That company includes David Magladry, who designed lighting and set. The latter comprises a trio of bookcases, a doorway, a window, a desk and chairs, all the items separated from each other and with no walls, just dark space where those should be.

For all of John’s yammering on about language as a way of connecting with each other and Carol’s lonely and desperate need to forge connections by understanding the world around her, Oleanna holds out little hope that our silos can be broken down.

And that, like everything in this production, speaks directly to 2019.

This article was originally posted at http://Capitalcriticscircle.com and has been reposted with permission. To read the original article, click here. 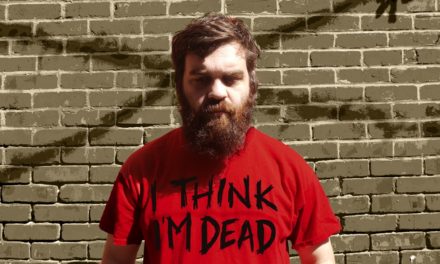