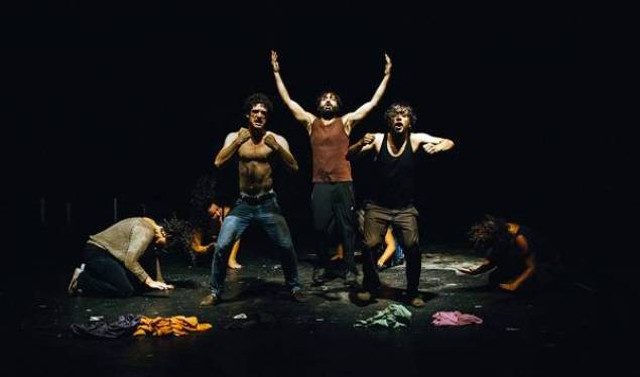 You can find an interview with the Zoukak Co-Founder, Maya Zbib here.

You can read more about the Zoukak’s theatre work here.

The Ellen Stewart Internation Award, named for La MaMa founder Ellen Stewart, celebrates her remarkable lifetime achievements in the theatre and her dedication to creating, “A world theatre which embraces all traditions and cultural identities.”  Through the theatre, countless younger people were inspired by Ellen Stewart as artists and generators of personal and social change.

“Ellen was passionate about her work with young artists and students around the world and she gave tirelessly to share with them a sense of how live performance could give them access to a deeper connection with each other and their communities. We are thrilled that so many people visited the website and learned about the eleven Finalists’ extraordinary work with younger community members. This Award, we hope, will inspire others to follow in their footsteps. We want to build on Ellen’s determination to involve more young people in the transformative power of theatre, music, dance, and the live performing arts.”
Mia Yoo, La MaMa ETC Artistic Director

The Committee considered a remarkable group of Nominees who are ambitious, effective, and inspiring theatre artists from more than 20 countries whose extraordinary work promotes social change and community participation with a particular focus on the engagement of young people.

Zoukak Theatre has been working with marginalized communities across Lebanon for the last eleven years (disabled children, women, victims of domestic violence, incarcerated youths, individuals affected by war, including refugees…) applying theatre on various levels. The company developed a specific approach to psychosocial interventions of drama therapy and socially engaged theatre, providing workshops and training programs to diverse groups, and devising performances in different Lebanese regions and in various contexts locally and abroad, including Calais’ migrants and refugee camp, in France and in refugee camps in Serbia.

“We are honored at Zoukak to be selected as the recipient of this award by an outstanding committee of theatre-makers and cultural operators. We look forward to this new collaboration with La MaMa, ITI, and the Spoleto Festival, and to be inspired by Ellen Stewart, whose history and work has deeply affected us as a theatre collective.”
-Maya Zbib, Zoukak Co-Founder.

The production that Zoukak Theatre proposed is an investigation about love as a risk-taking drive that anchors us in the present moment, together. Like theatre, love takes place in the “here” and “now” and allows individuals to transform the irrevocability of their pasts and the projections of their futures into infinite possibilities in the present.

Inspired by the poetry of Arab Andalucía, a melting pot of cultures and religions and in many ways a symbol of tolerance and co-existence, and departing from a broad definition of love. The work involves real stories of people from different communities and cultures; especially people who have been through difficult circumstances and who have encountered love in unexpected places, questioning how it has affected their paths and their views of the world.

With the support of the ITI (International Theatre Institute), La MaMa New York, La MaMa Umbria International, and the Spoleto Festival of 2 Worlds, as the recipient of The Ellen Stewart International, Zoukak Theatre will attend the ITI World Congress, receive an artistic residency at La MaMa Umbria to create a new work, and the financial and production support to present the new work at the Spoleto Festival of 2 Worlds during the Summer of 2019, and subsequently at La MaMa Experimental Theatre Club in New York.

The 1st Ellen Stewart International Award was given to Colombian artists Bernardo Rey and Nube Sandoval in 2016. Their work with refugees was presented in Spoleto in June 2016. Sandoval and Rey directed the Theatrical Laboratory of psycho-social rehabilitation with refugee victims of torture in Rome and continue to work in Colombia in social contexts of high vulnerability. Their methodology, Theater as Bridge, is based on the rescue, stimulation, and enhancement of artistic skills of participants who are mostly young refugees from Africa, Afghanistan, and Iraq.

All Finalists are listed on the Ellen Stewart Award website, where supporters were able to select their favorites and comment on the work of these artists. The Ellen Stewart International Award Executive Committee took into consideration the votes and comments as it made its final determination of the winner. (To read more about the Award and the Finalists, you can visit the website.) 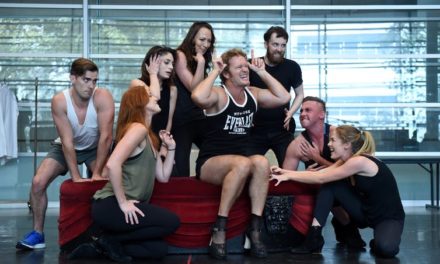 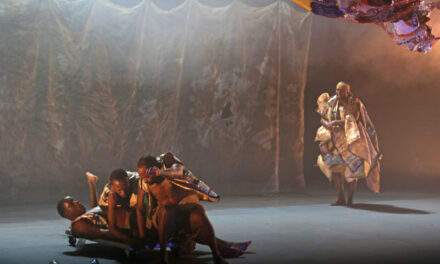