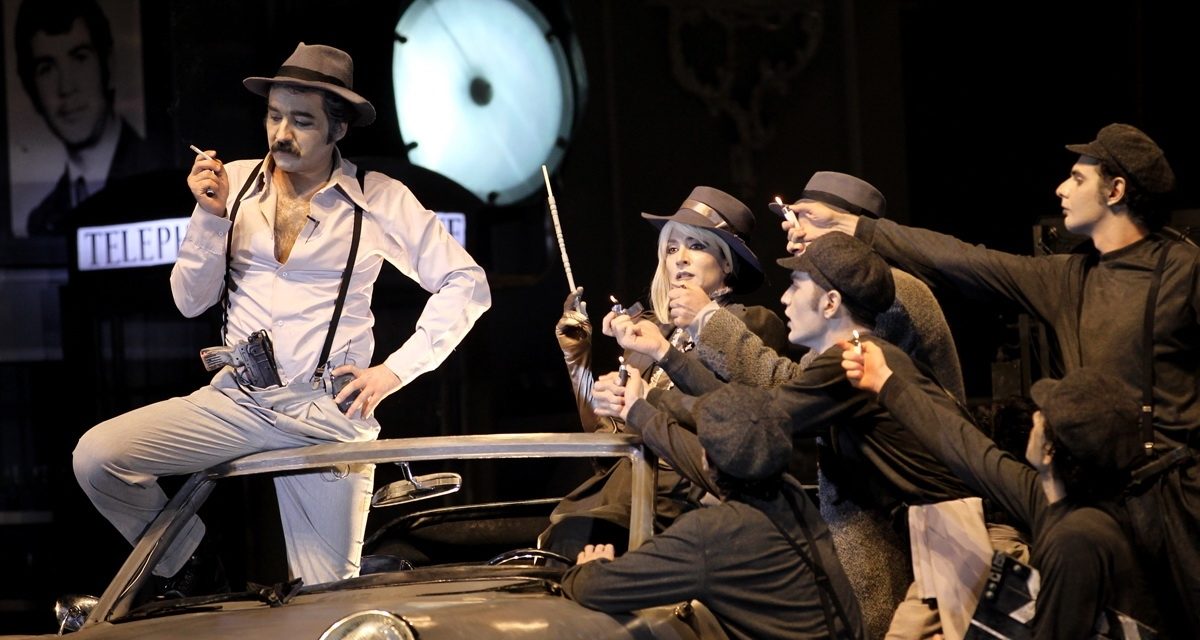 The highlights of Iranian theatre in the last 12 months (1394–1395 Persian calendar) include highly acclaimed stage performances, festivals, and theatrical events and major theatre research and publications.

As in previous years, Iranian theatre and its artists have been struggling with economic and logistic challenges such as the budget deficit, mismanagement, lack of sufficient facilities and venues, and state interventions. Despite these challenges, the new state policies and statistics indicate a dramatic increase in the number of performances and audience members. The Ministry of Culture and Islamic Guidance has named the last two years consecutively the “Year of Theatre” and has allocated more funding and attention to the development of drama, theatre, and performance. State authorities also support the project of theatre privatization by making theatre independent of state funds, although limiting state funding does not mean there will be a limit to the state’s power in vetting theatrical content and form. Although pursuing the project of theatre privatization has resulted in the commercialization of acting and dramaturgy, state officials hope that privatization policies lead to the de-monopolization of theatre and the inclusion of artists from different backgrounds, especially women, and to reaching out to diverse audiences. As a result, 2016 experienced an explosion in the quantity and quality of rehearsal spaces and performance venues. More than 30 private performance venues were established all over the capital city, Tehran, within the last year. Strikingly, state politicians, minister, and members of parliament began going to theatres and admiring theatre artists. For instance, in January 2016, the Foreign Affairs Minister watched a historical play about a 19th-century eminent, reformist politician, A Clothes Keeper’s Memories and Nightmares of the Life and Murder of Mirzā Taqi Khan-e Farāhāni, written and directed by Ali Rafei.

Broadly speaking, the number of stage performances increased from 551 in the first half of 2015 to 842 performances in the same period in 2016. Among these licensed plays, 410 shows were specifically written by Iranian artists, 68 plays were for children and youth, and 19 plays were staged for women audiences specifically. In addition to stage performances, street theatre, play reading, and Ta’ziyeh (Persian commemorative, passion plays) enlivened the theatre scene in Tehran and other cities. Among the outstanding adaptations were Arnold Wesker’s The Kitchen, by M. Ma’jooni; Three Sisters, by Hamid Amjad, Based on the Duchess of Malfi, by Mohammad Rezāei Rād; Omophagia, by Erfān Khallāghi; and Jon Fosse’s Nightsongs, by Rezā Gourān. 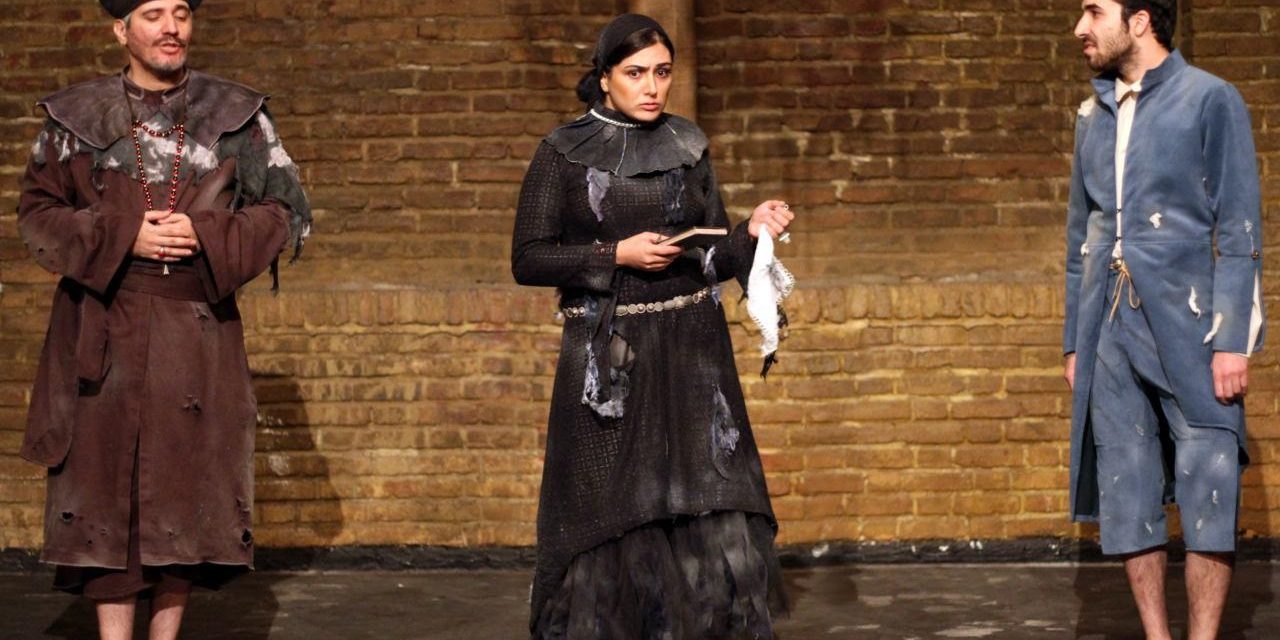 Based on the Duchess of Malfi. Photo credit Noushin Jafari

In summer 2016, Iranian theatre achieved a milestone. The outstanding play Hearing, written and directed by Amir Reza Koohestani, not only hit Iranian stages but also toured the European festivals, including the 2016 Festival d’Avignon. Another important play, The Whispers Behind the Battle Line, written by Alirezā Nāderi, had its third revival, directed by Mohammad Rezā Sattāri. It has been hailed as the best and yet the most controversial play about the Iran–Iraq war for its audacity in criticizing the canonized narrative of war by casting a fresh look on the nature and motivations of this war and its warriors. Fathers, Mothers and Children, created by Arash Abbāsi, featured the themes of migration and humanitarian crises in refugee camps; used a cast of Italian, French, Brazilian, and Russian origin; and toured Italy and Iran. 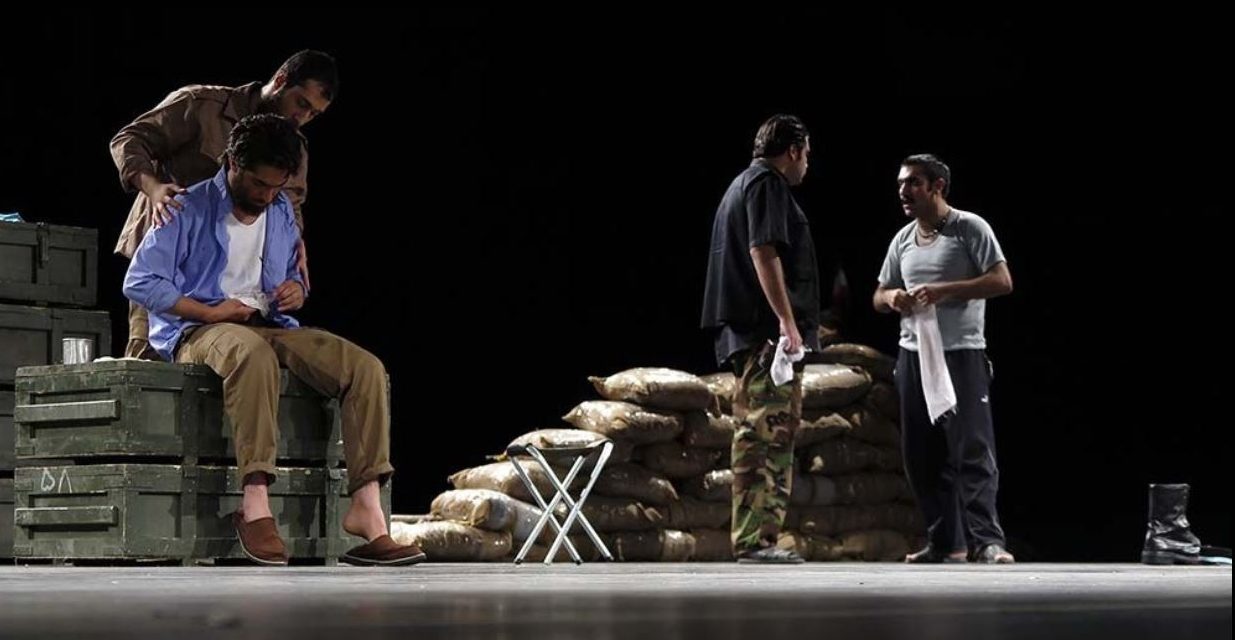 The Whispers Behind the Battle Line, written by Alirezā Nāderi and directed by Mohammad Rezā Sattāri. Photo courtesy of the artists

Aboubakr Mohammadi and Fatemeh Mohammadi, created by Jalal Tajangi, was hailed as a timely and brilliant depiction of religious clashes between Shi’ite and Sunnis and the familial and social issues arising from religious intolerance and cultural bigotry. 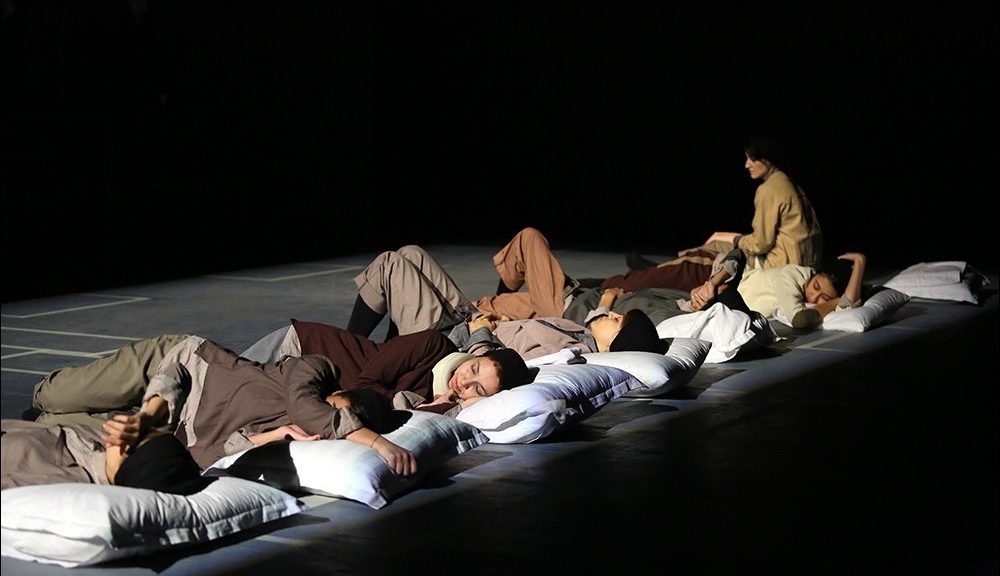 The year 2016 began with the Fadjr International Theatre Festival (FITF) and ended with preparations for its 35th edition. The 34th FITF hosted 100 stage and street performances in five sections, including international competition. Thirty guests from Germany, Spain, Japan, and South Korea, to name a few, participated to perform or teach at the workshops.

Among other important international festivals were the 16th Mobarak International Puppet Theatre Festival, held in August, which hosted 70 performances, 45 stage performances, and over 30 outdoor shows from Iran and six other countries, including Germany, Russia, India, Czech Republic, Afghanistan, and Japan. 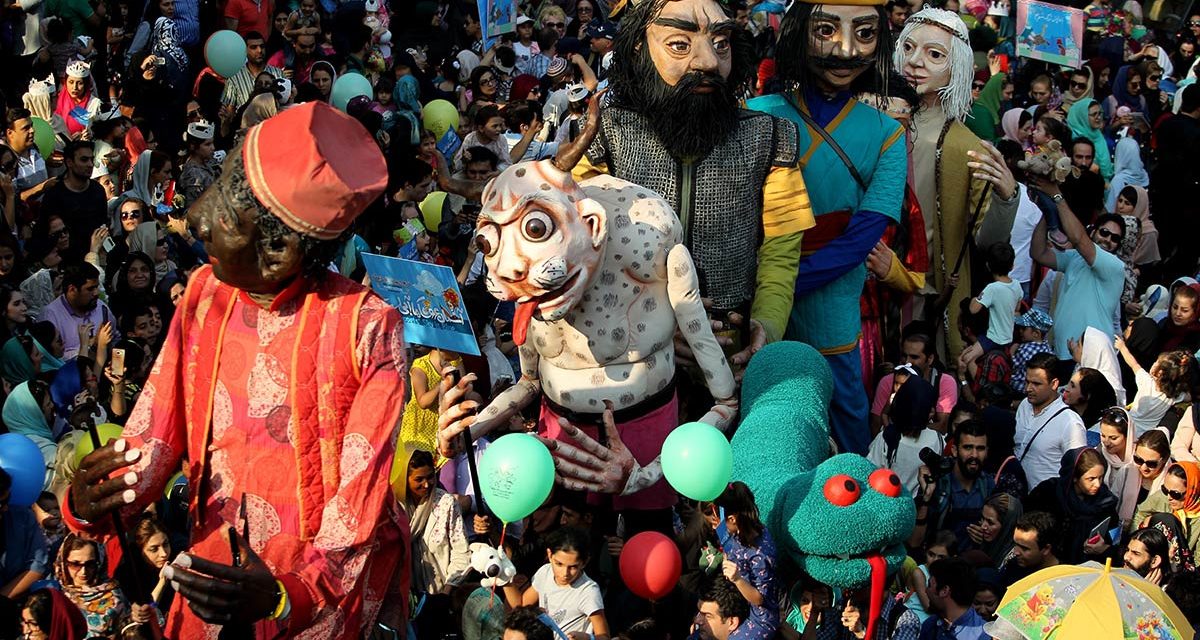 In October 2016, the First Meeting of Directors of Performing Arts of West-Asian and North-African Countries took place in Tehran. The purpose of this meeting, which invited 12 theatre authorities and managers, was to foster international cooperation in producing and hosting theatrical productions. In December 2016, the 4th International Festival of Theatre for Persons with Disabilities took place in Isfahan. In the same month, the 23rd International Children and Youth Theatre Festival in Hamedan hosted 550 artists from five continents. This festival showcased 60 performances and broke attendance records, attracting 135,000 audience members within five days of operation. Other international festivals and events included the Marivan Street Theatre Festival, the Festival of Traditional and Ritualistic Theatre, and the 14th annual celebration of the Critics’ Association of Iran’s Theatre Forum (Ordibehesht of Iranian theatre), to name a few. 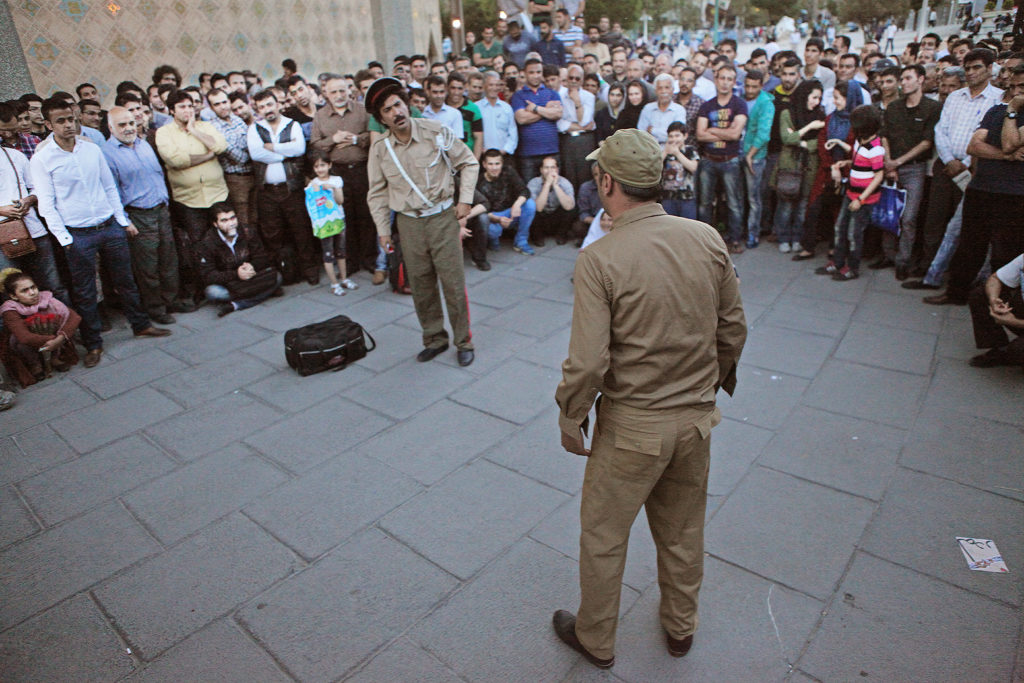 A street theatre performance in Iran. Photo by Mehdi Ashna

Regarding theatre education, almost all the festivals held various specialized research seminars and training workshops taught by local or international experts. For instance, Antonio Pinto Ribeiro, from Portugal, held a workshop on cultural management and programming in the pre-festival section of the 35th Fadjr International Theatre Festival.

In addition, several new institutes joined academia and other educational centres to offer various workshops on acting, stage design and directing. Two research books by Rouhollāh Jafari, one entitled Culture, Theater and Leisure, and the second one focusing on the promotion of theatre culture, were published. Each year many translations of plays and technical books in the field of dramaturgy and theatre production flood the market. 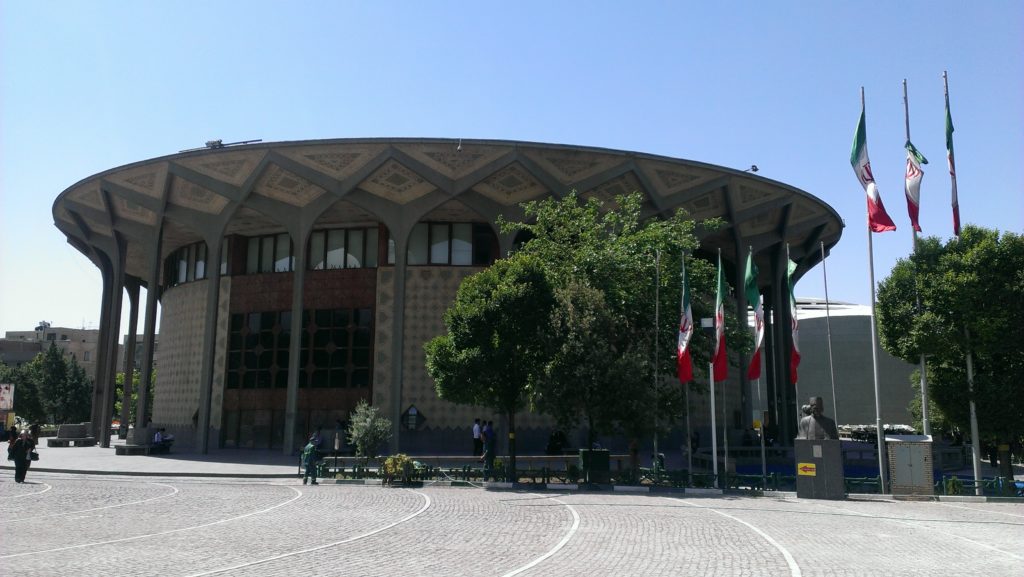 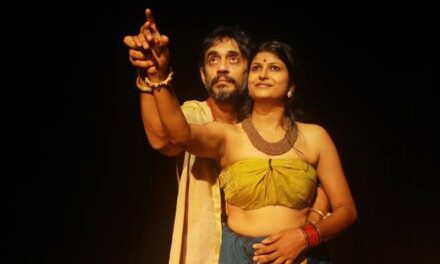 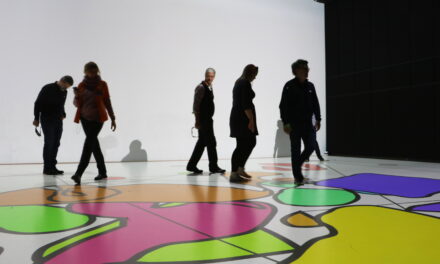