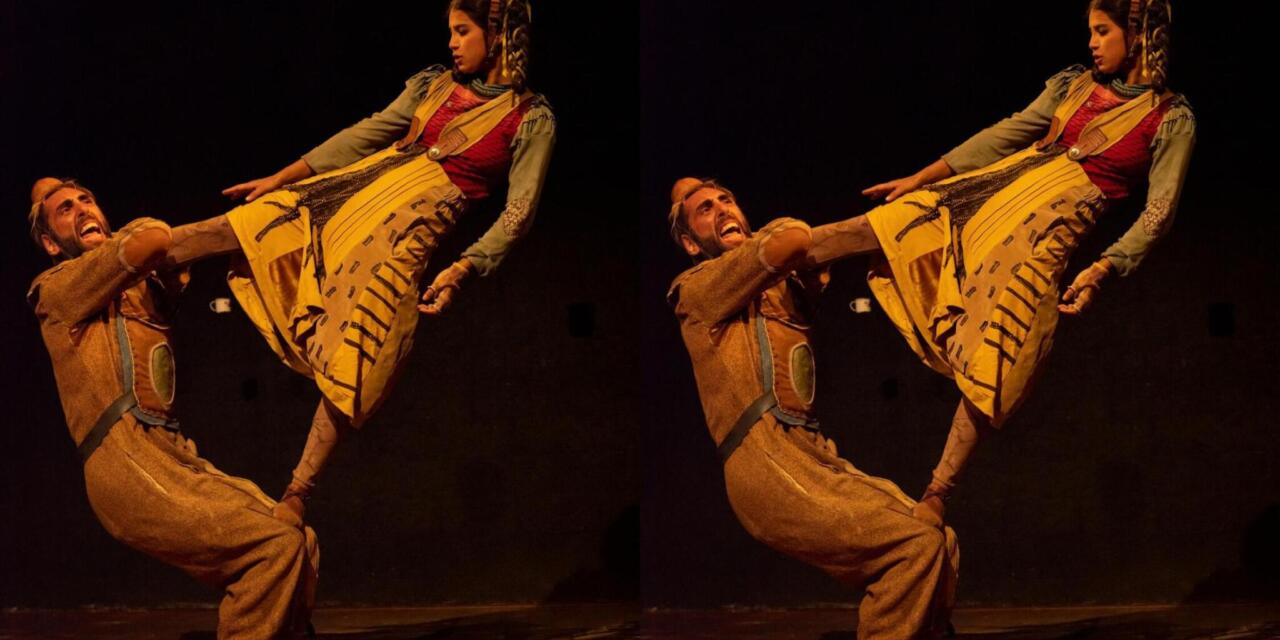 If the slow afternoons in Adishakti Theatre Arts are characterized by calming conversations and verdant greens, evenings are simply a world away. In one corner lined by earthen lamps, a song is in the air as artists hug each other a little too tight, after two bleak years. In another, people sway gently to guitar tunes. The scene is bittersweet: A breath of fresh air. Remembering Veenapani, the non-ticketed annual theatre festival that commemorates Veenapani Chawla, the founder of Adishakti, is thus back again after two years. And the feeling of warmth is familiar.

The theatre is packed. Andrés Fagiolino and Betina Domínguez from Uruguay, armed with antics and heavily powdered faces, are on a wild search amid many coffee cups hung from above. They are searching for “maashi.” What is “maashi?” Some in the audience say it’s magic. It could be hope or even a commodity like, say, water. They clown their way through a narrative that is both simple and abstract, with effortless physicality (handstands and human flags galore).

Amares Teatro, as the duo is called, has traveled extensively across the world with their clowning techniques. Their play Rio captures the relationship between two individuals in the face of scarcity, which received thunderous applause and a rather lengthy standing ovation at Adishakti last week.

Enveloped by the afternoon lull, Andrés and Betina sit down for a conversation before the much-anticipated performance. Their glances at each other speak of obvious chemistry that translates well on stage. The duo has been traveling performers since 2015. While Andres, who has a background in biochemistry, strayed into hospital clowning purely by chance in 2007, Betina has been a circus artist since she was 13 years old.

“In 2015, I met Andrés and we started traveling along with four others, who taught me more about clowning and physical theatre,” says Betina. After touring in Latin America, Amares Teatro had been in Kenya and Egypt before arriving in India, to perform Rio non-verbally. “It was originally written by us in 2016 and premiered in Ecuador, in Spanish. The beauty of the show is that it adapts to its audiences, irrespective of geographical boundaries, which is essentially what clowning is,” says Andrés.

“Clowning is about live conversations. While we are talking to you, we adapt to you and you may adapt to us. It is set in the present,” says Andres. He adds: “The basic dramaturgy is still, but there are always gaps that adapt to the environment and the day we perform in.” For instance, they use words, noises, and inflections throughout the play to connect with the audience; and those words, most often gibberish, will be repeatedly used in reference to a concept or idea, much like “maashi” in Rio.

And so, the duo’s repertoire is spread across monasteries, hospitals, kindergartens, and prisons, miles away from the conventional stage. Betina recalls the experience of performing in a women’s penitentiary in Peru to an audience of about 500 prisoners. “They were reacting a lot to the little things I did. They had a lot of contained energy. It was a very powerful show,” says Betina. And such experiences are what make clowning more rewarding than any other form of theatre.

Finally, being a clown is also a journey within, says Andrés. “Clowning teaches you to see things as is, without hiding it away,” Betina quips in. The lightness or humor in clowning does not necessarily lend to shallowness, as many think. As puts it, “We say that clowns come from innocence, but they arrive from innocence after the experience. Innocence may be child-like, but not childish.”

This article was originally posted to thehindu.com on April 27, 2022, and has been reposted with permission. For the original article, click here. 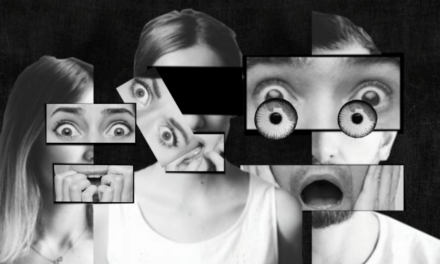 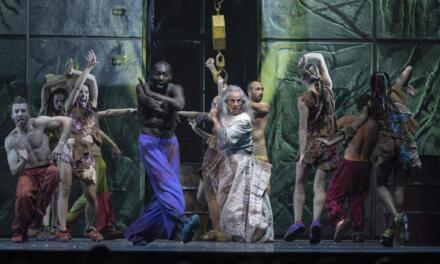 The Return of Gringoire: An Exclusive Interview with Bruno Pelletier