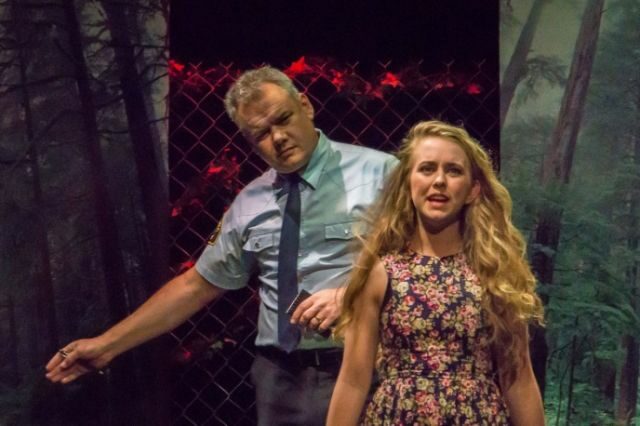 American dramaturg, Cristin Kelly, reflects on her personal project, 100 Aussie Plays in 100 Days, from her time as a guest blogger at australianplays.org.

When I left my job as a Literary Manager for a regional theatre in the U.S. to move to Sydney, Australia, I did so with just two suitcases and almost no knowledge of the Australian theatre community. An eager expatriate, I began making the rounds of coffee chats and informational meetings with professional theatres and playwriting organizations. I came away from each session with names of must-read playwrights and scripts scribbled frantically in my pocket notebook. I was standing on the outskirts of a relatively young, but vibrant theatre tradition which had not found its way into my theatre history books or, for the most part, onto the American stages.

As my reading list grew ever longer, I felt that it was my responsibility, as a newcomer and cultural outsider, to meet the Australian theatre on the ground upon which it was currently thriving. As any dramaturg would, my solution was to hit the books. It was from this place that the “100 Aussie Plays in 100 Days” project was conceived.

The goal was as simple as the title suggests – to read or see 100 Australian plays over the course of 100 days. It would not be a complete immersion, but would certainly get me at least knee deep in the culture. Australian Plays.org asked me to guest blog each day, and suddenly my personal project turned into a much larger conversation amongst theatre artists from around the country on social media and in person, giving me suggestions and sharing their experiences with the plays I was reading for the first time. Still, others took it as a call to increase their own knowledge of Australia’s theatrical canon.

I read plays covering the history of Australian playwriting, attempted to sample the most prominent contemporary writers, and allotted some reading slots to up-and-coming artists. Through this project, I became acquainted with the energetic and wonderful work of Melissa Reeves, the compassionate heart of Debra Oswald, the powerful narratives of Wesley Enoch, and the beautiful craftsmanship of Ross Mueller. I am still shaken when I think about Hilary Bell’s Wolf Lullaby, Tom Holloway’s Red Sky Morning, and the masterful documentary work of Sydney’s Version 1.0. I both read and saw the seminal Summer of the Seventeenth Doll trilogy by Ray Lawler, a domestic saga that has been read by generations of Australians, and still breathes today. Dorothy Hewitt, the free-spirit and feminist who wrote primarily in the 1950s through 1970s, captured my imagination and admiration for her individuality and chutzpah. My greatest “discovery” was the work of Patrick White. Though he is legendary in Australia, his plays were new to me, and I had the feeling of unearthing a new Ibsen or Chekhov when reading a collection of his work.

I managed to cover a wide swath of Australian theatre over 100 days. In my recollection for Australianplays.org, I tried to sum up my reading:

“As I read, I found that the styles of American and Australian plays are not so different, even if the tones and themes sometimes varied. Strong emergent themes included the harshness of outback life, Indigenous vs. European culture clashes, discrimination towards immigrants, the mistreatment of children, the refugee crisis, and the disenchantment of modern youth. Universal themes of love, family, and personal struggle were, of course recurrent, as well. These are the issues that seem to have captured the conscience and imagination of Australian playwrights.”

From the standpoint of a practitioner, “100 Aussie Plays in 100 Days” was a foothold into the theatrical tradition I was entering. Furthermore, as an expat immersed in a new culture, it was invaluable exposure to the language, style, and continually shifting concerns of a nation’s recent story. From history books, I knew the wheres and whens, but from 100 plays, and the accompanying conversations with fellow theatre artists, I came to know the whos and whys.

Cristin Kelly holds a BFA in Theatre Management from Brenau University and an MFA in Dramaturgy & Theatre Criticism from Brooklyn College. Before moving to Australia, she was the Literary Manager at Florida Studio Theatre. She previously worked in the literary offices of MCC Theater and the Alliance Theatre. She taught Playmaking at Ringling College of Art and Design and playwriting to students in middle and high schools across Florida. She was a mentor for emerging playwrights and directors through the Play, Me program at Queen Street Studios. Her interview series, The Australian Theatre Writers Project, is available here.