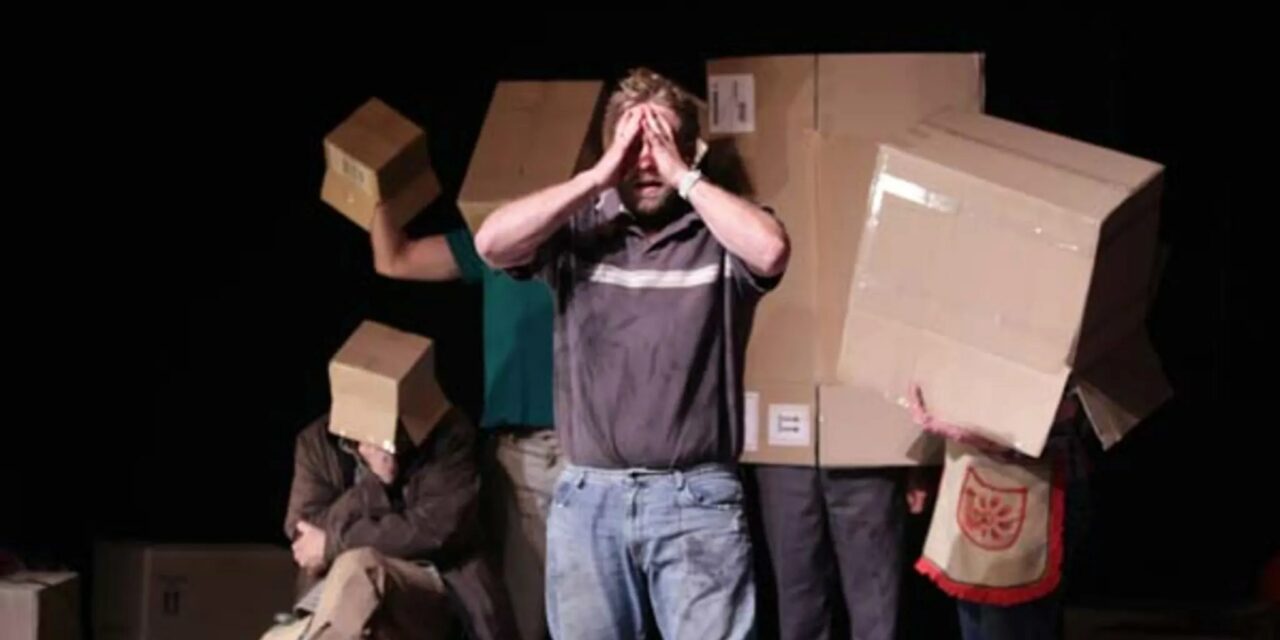 In 2010, the Bell Shakespeare Company toured Shakespeare’s mercurial comedy Twelfth Night around Australia. Directed by Lee Lewis, the production was grounded in the context of the Black Saturday bushfires of February 2009. The actors emerged out of the blackness, exhausted and covered in soot, and proceeded to tell each other a story, assuming the identities and roles of the characters in Shakespeare’s play. Using costumes drawn from a large pile of clothes donated to charity set in the centre of the stage and a scattering of cardboard boxes around its edges, Lewis delighted in the playful theatricality of disguise, the simple answers to switching identities at the drop of a hat, and made sure that joy and an effervescent sense of life were never far away from the very tangible sorrow, melancholy, and heartbreak that sits at the core of all Shakespearean comedy. I mention this production for two reasons: first, it was the first time that I saw a production of Shakespeare and understood – felt – the story and the very real humanness at its heart; and second, because Lewis’ Twelfth Night felt like a fresh new play, a play written now, for a contemporary audience.

This playfulness, intelligence and willingness to blow the dust off the classics is not an explicitly Australian phenomenon, nor is it particularly new, but I believe there is an Australian sensibility which infuses the recent spate of productions of Shakespeare plays and the classical canon – in Sydney as around the country, in the past five or six years – one which isn’t quite found anywhere else in the world. Synonymous with the Australian approach to presenting classic theatrical texts, it is a style of performance derived from play: “rough, irreverent and highly charming, [it mixes] the warmth of a backyard gathering with [the] glee of kids playing dress-up.” (Andrews, B. in Cousins, R. p. 217) I prefer to call it play-fullness – a sense of being characterized by an emotional and theatrical fullness of playing. As John Bell states, “it’s called a play for a reason. Players, and playing; that can’t be just a semantic coincidence. It does mean something quite profound.”

You can see this play-fullness in John Bell’s work for the Bell Shakespeare Company, in Damien Ryan’s work for Sport for Jove Theatre Company, as much as in almost everything Neil Armfield directs. Despite appearances, this play-fullness is not restricted to merely the classics, but also infuses the production of many new plays. You can see it in Eamon Flack’s work for Belvoir Street Theatre, in Lee Lewis’ work across many of Sydney’s stages, in Kip Williams’ work at the Sydney Theatre Company, and in Anthony Skuse’s work for many of Sydney’s independent companies.

For John Bell and Damien Ryan, this play-fullness comes not so much from the trappings and the exterior look of any particular production, but from its heart. “It’s what it means emotionally and psychologically that makes it seem modern,” says Bell. “The great classics have survived because they always seem new and modern.” While Ryan doesn’t believe there are any hard-and-fast rules about how to achieve this play-fullness, he believes “there’s something in the quality of the works” as much as in our “ability to use them as a blueprint upon ourselves.” At the heart of every (new) production should be the question “‘what is this play to us now in every single moment? How can we make it feel fresh?’… It’s got to feel as though you’ve never had to understand the story before.” Exemplified in Bell and Ryan’s production of Henry 4 for Bell Shakespeare in 2013, Ryan shares Bell’s belief when he says “[Shakespeare’s] plays are literally bursting with life, color, vitality; they’re like a Breughel painting – they capture everything from the king right down to the beggars… They’re not normal conversational plays, you need to tear the stage up somehow.”

This is reflected in the “anti-authoritarian instinct” inherent in our national theatre-making process, as Ryan points out; a kind of irreverence that is “part of our image of ourselves,” as well as a refusal to play by the established conventions of what theatre should be. For Bell, much of our current practice of theatre-making – of playing – is inspired by the traditions of Commedia del Arte, pantomime and vaudeville, by touring players and tent-shows, of theatre as a living breathing evolving form, as much as by the work of revolutionary practitioners like Bertolt Brecht, Jerzy Grotowski and Peter Brook. There is a pushing of creative boundaries that pervades our understanding of what theatre can be, what it is capable of; of how we can play.

Personally, play-fullness is about an awareness of theatricality, a delight in the endless possibilities that can be created when the imaginations of performers and an audience meet in a space and create a little bit of magic together. It’s about theatre that is theatre. Theatre that has the power to move and shock you, make you laugh and cry all in the one instant. Theatre that, in John Bell’s words, delights in “the sheer fun of doing it.” Take Eamon Flack’s As You Like It for Belvoir in 2011: played with exuberant freedom, delight in the very mercurial stuff that theatre is founded on, it was not afraid to knock Shakespeare’s play about a bit to find moments of inventive whimsy, clarity, and playfulness, not to mention sheep. “I think it’s a fantastic way to do the classics, with a certain humility,” says Ryan. “There’s something recognizable about what you’re watching unfold on stage, and I don’t mean that it can’t be theatrical at times, and over the top and wonderful… but something in the heartbeat of it is makeshift, and surely that’s the point of theatre… You’ve got the opportunity to go ‘how can I make this bookshelf into a ship at sea? How can I make this chair into a donkey?’ and the audience is going to have to come with you on this. Watch any kid in the playground and that’s all they’re doing.”

Perhaps the most imaginative evocation of this willingness to play, this play-fullness, came not in a Shakespeare play, but in Ralph Myers’ production of Peter Pan for Belvoir in 2013. Dispensing with the pantomime campiness, Myers’ Neverland was the children’s bedroom, just as much as the bedroom was Neverland: beds, chairs, cupboards, blankets, pillows, tables – everything was repurposed to become something new, and you believed it all, every last moment of it. When a little boy in the audience called out through the darkness, declaring with all his heart that he believed in fairies, you knew that he really did, that there was no reason to doubt him, and I think even the most cynical audiences would be hard-pressed not to be moved by the evocation of childhood which Myers conjured up alongside his actors and creative team. In those precious hundred minutes, we were all part of that magic, all part of creating theatre, and more than anything else, it was beautiful.

It was still J.M. Barrie’s Peter Pan, but like many of these current productions of classic plays, it was so thoroughly contemporary and imaginative that to deny its theatricality would have been to deny yourself the pleasure of an awfully big adventure.

Glenn Saunders is a freelance theatre-critic and dramaturg with an Honours degree in Screen Production from Macquarie University. Based in Sydney, Australia, he frequently visits Sydney’s main-stage, independent and underground theatres and writes about what he sees at The Spell of Waking Hours

Bell, J. (2013) “John Bell is Looking for Henry With a New Production of Shakespeare’s Masterpiece”, The Australian, 16, February. Available at: http://www. theaustralian.com. au/arts/review/looking-for-henry/story-fn9n8gph-1226577903290

As You Like It (2011) Eamonn Flack [play]. Sydney, Australia: Belvoir Street Theatre. 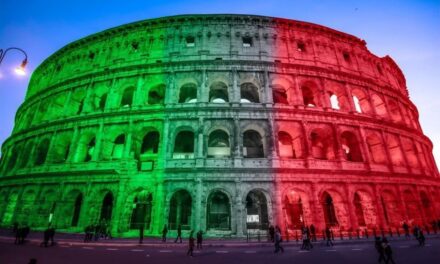 Italian Resilience Against COVID-19: Vocal Performances for Museums and Monuments