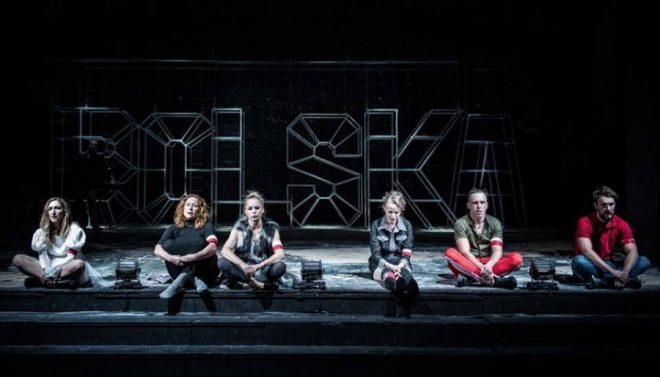 More information about the performance at:
http://www.powszechny.com/spektakle/szczegoly.html?id=1324&lang=en

“I have never cared about politics, so why should I be interested in it now? For me the only form of freedom is theatre. I am an actor: I go to the theatre, play my roles and go back home. That’s all”– says Hendrik Höfgen, the main character of the Klaus Mann’s book and István Szabó’s movie, when he hears about Hitler’s rise to power. The story of an actor–chameleon, smoothly entering into alliances with each successive government, becomes disturbingly relevant in other times. István Szabó’s movie from 1981 was perceived as a comment on the then regimes in Eastern Europe.”

There is no better title for the story of today’s sins and duties of an actor than Mefisto. The performance, based on the novel by Klaus Mann and the famous movie by István Szabó, directed by Agnieszka Błońska draws inspiration from our reality and a hostile and stormy reception of The Curse, staged at the same theatre. However, Mefisto from the Powszechny Theatre is free from arrogant opinions presented in an imposing manner. This is a piece of great acting, brilliant text and lots of gallows humor. – Michał Centkowski Newsweek 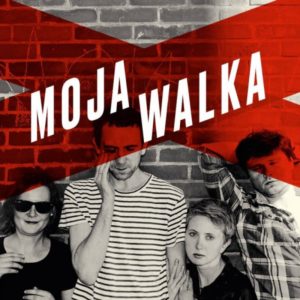 More information about the performance at:
http://trwarszawa.pl/en/spektakle/my-struggle/

“My Struggle is a long, epic meditation on reality. For me, Knausgård’s obsession with details is a source of inspiration, as a modern algorithm serving to preserve reality and us within this reality. This radical, obsessive subjectivity, which every now and then makes me hate the author, reveals also the truth about contemporaneity, in which the experience of looking at a selfie as if at yourself is transformed into a struggle for existence in the world full of people. Other people may be very close to us, may be a part of our family, but in direct clash with our ego, they are reduced to the role of characters in a novel. Knausgård involves us in creating the literature from our lives. However, there is a paradox: when our life becomes important, any other life (even if recorded in details) becomes anonymous. That is why, when developing the project, we juxtaposed Knausgaard’s novel with personal experiences of selected readers, to finally make this experiment an integral part of the performance.” – Michał Borczuch

This staging of the famous and trendy Knausgård‘s novel is not only a very clever marketing trick but also, above all, a huge challenge for a theatre. How to transmit on the stage streams of memories and detailed descriptions, tirades of the male ego, which struggles on thousands of pages with the sense of embarrassment, a crisis of creativity and its own burden?

The main character of the performance directed by Michał Borczuch at TR Warszawa is not only Karl Ove but also the novel itself. Actors repeat the text from memory like they are supposed to. But they also use sheets of paper, laptops and big screens hanging over their heads–as if they were overwhelmed by this prose. Borczuch, together with a dramaturg Tomasz Śpiewak, not only reduce (which is obvious) hundreds of pages to tens of minutes, but they also complicate a montage of this series of Knausgård‘s novels, which is anyway so full of digressions, time jumping, flashbacks and foreshadowings. (…)

The performance My Struggle tells us that we miss the experience of an “ordinary life” and “real life,” searching for this experience in a more or less camouflaged illusion. Borczuch is piling up paradoxes; he shows that “realism” and “reality” are just an effect, something artificial and achieved through carefully hidden effort. – Witold Mrozek Gazeta Wyborcza online – Culture

“Theatre and Democracy”–the latest issue of the Polish Theatre Journal

In the latest issue of the magazine, titled Theatre and Democracy, the authors discuss institutional practices in Polish theatre, in the context of political and social changes. They analyze conditions of artistic freedom of expression and mechanisms of censorship. They also look at the most important conflicts and struggles in the theatrical life and examine economic, political and aesthetic conditions.

“At the moment of the deep crisis, in which we are now, one of the most important tasks of art is to seek new articulation of what is common – i.e. possible forms of being together that do not try to invalidate the differences that divide us, but create space to reveal antagonisms, at the same time strengthening the sense of agency, subjectivity, participation and interdependence. This task cannot be accomplished only through artistic communication and even the most emancipatory projects, expressed at the level of representation. We need institutional practice and democratization in action!” (fragment of the editorial)

The Polish Theatre Journal is a magazine dedicated to contemporary Polish theatre, choreography, and performing arts, published by the Zbigniew Raszewski Theatre Institute and the Theatre Academy in Warsaw. The magazine is available online, in Polish and in English, at www.polishtheatrejournal.com.

Lead editors of the issue Theatre And Democracy are Agata Adamiecka-Sitek and Marta Keil.

The Gdańsk Shakespeare Festival has been awarded the prestigious EFFE Award, which honors art festivals setting new trends. In addition to the Shakespeare Festival, the following festivals have also been awarded the prize: FMM Sines-Festival Musicas do Mundo (Portugal), European Film Festival Palic (Serbia), Utrecht Early Music Festival (Netherlands) and Altofest International Contemporary Live Arts (Italy). This year, the special prize has been awarded to the Edinburgh International Festival from the UK.

In addition to presentations of performances, the Shakespeare Festival is also an opportunity for international discussions with the participation of authors, the audience, theatre scholars, and critics. In the framework of the festival, a rich educational program of the “Summer Shakespeare Academy” is organized for young people from Poland and abroad.

Theatre director and set designer, former director of the Hieronim Konieczka Polish Theatre in Bydgoszcz, Paweł Wodziński was appointed the new director of the Warsaw Scena Prezentacje Theatre, and he is planning to introduce a new formula.

“The proposed program and organizational concept of the Theatre and the artistic concept of the biennale fulfilled the expectations of the competition committee. The project, presented by Paweł Wodziński and Bartosz Frąckowiak, is based on the assumption that culture and art play a key role in building a modern, tolerant, critical society, respectful of democracy and civil liberties. The project also perfectly fits into the strategic documents of the Capital City of Warsaw”–wrote the members of the selection board in a note sent to the Polish Press Agency on Wednesday. Paweł Wodziński is a theatre director and set designer. He graduated from the Acting Department and the Directing Department at the Aleksander Zelwerowicz State Higher School of Theatre in Warsaw. In 1983 – 1989 he was an assistant director and later on, the director of the Dramatic Theatre in Warsaw. He has translated numerous theatre plays and he is also involved in scenography. In 1998, he was a co-founder of the Theatre Association. In 2000 – 2003 he was a managing director and artistic director of the Polish Theatre in Poznań. In 2014 – 2017 he was a director of the Hieronim Konieczka Polish Theatre in Bydgoszcz.

Spaces of the Avant-garde, the international conference at the Zbigniew Raszewski Theatre Institute

The inaugural lectures will be delivered by Prof. Levan Khetaguri from the University of Tbilisi and Prof. Jakub Kornhauser from the Jagiellonian University.

The conference was accompanied by presentations of results of experimental artistic activities of Polish artists Robert Rumas and KOMUNA // WARSZAWA.

From November 2nd until November 5th the Theatre Institute in Warsaw presented to the audience performances of artists from various regions of Ukraine: from Kharkov, Donetsk, and Simferopol (Crimea) to Kiev and Lvov.
A four-day “invasion” of Ukrainian artists includes not only the most interesting theatre projects, which were created during last year in Ukraine. It also included workshops and discussions, inter alia, about the social role and responsibility of theatre, but above all, this was a unique opportunity to reconsider the stereotypes about Ukraine and Ukrainians.

All invited projects (performances, but also audio-tour and performing lecture) were created – partly by choice and partly by necessity – outside of state institutions and they go beyond the framework of the classical theatrical “product”. All projects also offer a critical analysis of various topics important for the society. The full subtitle of the festival could, therefore, be: “the first Polish festival of independent, critical theatre projects from Ukraine.”

More information about the festival at:
http://www.instytut-teatralny.pl/aktualnosci/desant-ua-pierwszy-przeglad-teatrow-ukrainskich_2017-11-02/

Reposted with permission from Poland on Stage. 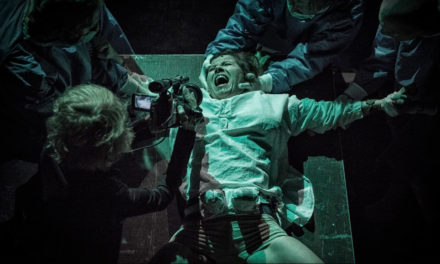 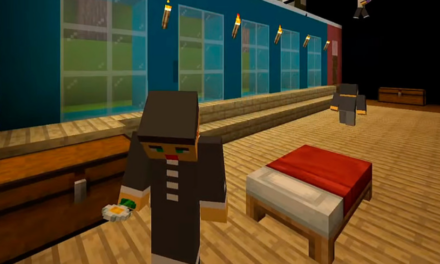 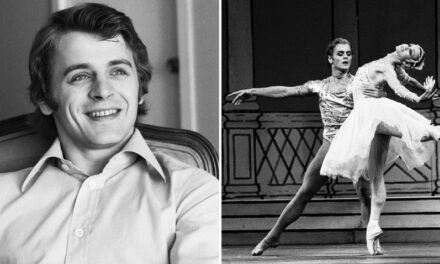 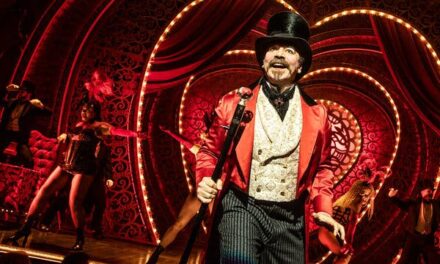