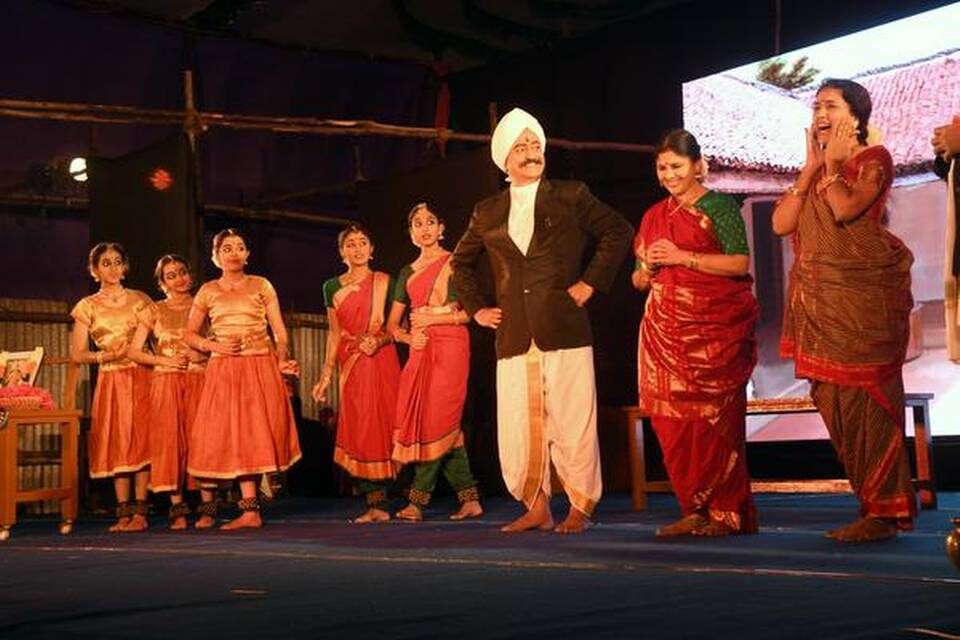 In a life-comes-full-circle moment of sorts, the theatrical production, Bharathi Yaar, which has toured cities across India and abroad, finally made its debut in the city which gave refuge to the revolutionary poet-freedom fighter during the struggle for Independence.

In a theatrical tribute featuring an amalgam of verse, music and dance and the rallying cry of freedom Vande Mataram, an ensemble cast relived the life and times of Subramania Bharati (1882-1921) to launch the sixth edition of the Pondicherry Heritage Festival 2020.

The festival, which will be on till February 12, is hosted by the People for Pondicherry’s Heritage, INTACH and PondyCan with the support of the Department of Tourism, French Institute of Pondicherry and Alliance Francaise.

And, it also could not have been apter that the play by S.B. Creations unfolded on a stage at the Gandhi Thidal against the backdrop of an illuminated Bharathi Park, rekindling the city’s memories of the great poet, whom it had sheltered during the British crackdown on the freedom movement.

In fact, the city prides itself on its association with the legend, especially as some of his most famed works, including “Panchaali Sabatham” and “Kuyil Paattu” besides several soul-stirring patriotic songs, were composed while staying in the city.

Bharathi Yaar opens with the image of a burning pyre projected on the background screen and a eulogy of Bharati, of what might have been, had not fate snatched him away at the untimely age of 39. Several defining moments from phases of his life such as the Ettupuram royalty encountering him in Varanasi and goading a return to his hometown, the banter with wife Chellamma, the move to Madrasapattinam and his rise as a journalist-orator who mesmerized readers and audiences with his words/verse.

In chronicling Bharati’s life, the acts/scenes have been segmented to highlight some of the celebrated, as well as under-appreciated facets of the man — nationalist, reformer, feminist, environmentalist and polyglot. Scenes from the theatrical production Bharathi Yaar which has been staged in cities across India and abroad. 2020. Photo Credit: T. Singaravelou

Bharati’s visit to Sister Niveditha, disciple of Swami Vivekananda and the moment of enlightenment that follows, refuge in erstwhile Pondicherry, a sliver of land which was then under French rule, the association with Sri Aurobindo, and how the poet fearlessly seeks out a CID officer out to arrest him to explain the higher values of patriotism.

In a memorable moment during the play, theatreand real-life intersect when the character playing the protagonist walks towards from behind the crowds to the stage and is greeted by the great-grandson of the poet Subhash Bharati in the audience.

The play ends where it began — the funeral pyre.

The Pondicherry Heritage Festival will, in the days ahead, feature a variety of music and dance events, a food festival, photo exhibition, cycle rides to wetlands and workshops.

The theme interlocking all events through the festival is the city’s natural heritage, its wetlands, and water bodies.

This article appeared on TheHindu.com on January 28, 2020, and has been reposted with permission. To read the original article, click here.