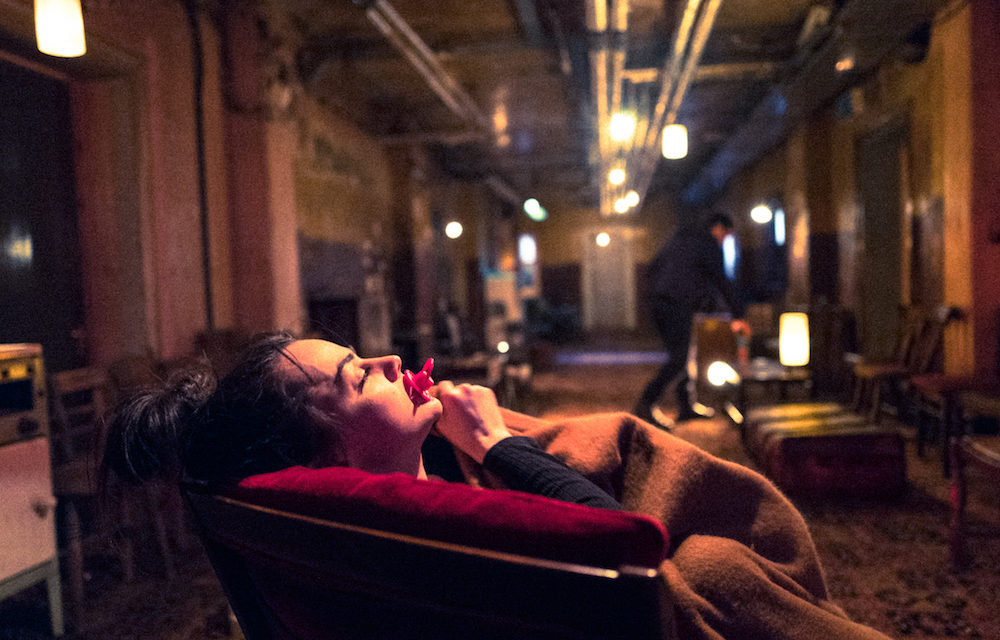 Playwright Philip Ridley has one of the most distinctive voices in contemporary theatre. His imagination is laced with sci-fi images and an East End gothic sensibility, and his mastery of storytelling continues to surprise and delight. In 1991, he kicked off his playwriting career — having already written several books and the script for The Krays — by penning The Pitchfork Disney, a stunning example of left field writing that still dazzles with its intensity and its magical vision. This revival is by wonderboy Jamie Lloyd and includes Hayley Squires (who occasionally lit up the otherwise dismal I, Daniel Blake) in the cast. 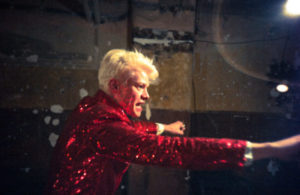 Lloyd has located the play in the atmospheric basement of Shoreditch Town Hall and gives it an immersive production which obliges the audience to troop down mysterious passages and stairs to share this East End hole with the cast, perching on tables and sitting on chairs and sofas while the action unfolds at their feet. At the start, we are introduced to 28-year-old twins Presley and Hayley Stray, whose names evoke 1950s pop culture, and whose parents have died some 10 years ago. Traumatised by this loss, they survive by keeping their childhood alive: eating chocolate, taking drugs and telling each other apocalyptic stories (1980s nuclear sweat-fests).

But their agoraphobic existence is compromised when Presley invites the beautiful teen, Cosmo Disney, in from the cold. This sparkle-suited youth makes a living by eating live insects as a pub or club show, and his presence is enthralling. But is he a benign influence, bringing his isolated hosts news from the great world outside, or is he a menace, as the monstrous aura of his sinister business associate, the aptly named Pitchfork Cavalier, suggests? As in a Pinter play, the arrival of an external force has the power to completely unsettle the equilibrium of the enclosed room.

Even in his debut, Ridley’s abilities as a writer are clearly on show. The words of all the characters drift towards a battered kind of poetry and radiate a magnetic resonance that calls up images of ghost trains, ravenous animals, dystopic landscapes and serial-killer dreams. The words glitter and gleam in the dark. The effect is blasphemous, hysterical, gross and sensual. The fantasies and monologues are so intense, and so perfectly written, that it cannot be a surprise that the hairs stand up on your arms, or at the nape of your neck. Meanwhile, there is enough content — about our love of fear, our addiction to telling stories and our fascination with horror — to light up the dullest brain.

Lloyd is a Marmite director: you either love him or hate him. This time I adored him. His designer, Soutra Gilmour, has created a space that has the strangely attractive quality of derelict squalor, with vintage lamps, shining pipes and a smell of decay. And this production gradually increases the tension up to its exciting climax, with passages of hectic hilarity and frantic fury. George Blagden’s Presley and Tom Rhys Harries’s Cosmo make a great pair, the one shy and evasive and the other effervescent and charming. Blagden’s showpiece monologue is vigorously delivered. Squires’s Hayley is likewise convincingly childish, just as Seun Shote’s Pitchfork is breathtakingly imposing. Although I wasn’t sure about the politics of casting a black man as the monster, Shote’s performance was faultless. All in all, this is an energy-rich and brilliantly atmospheric revival of a modern masterpiece.