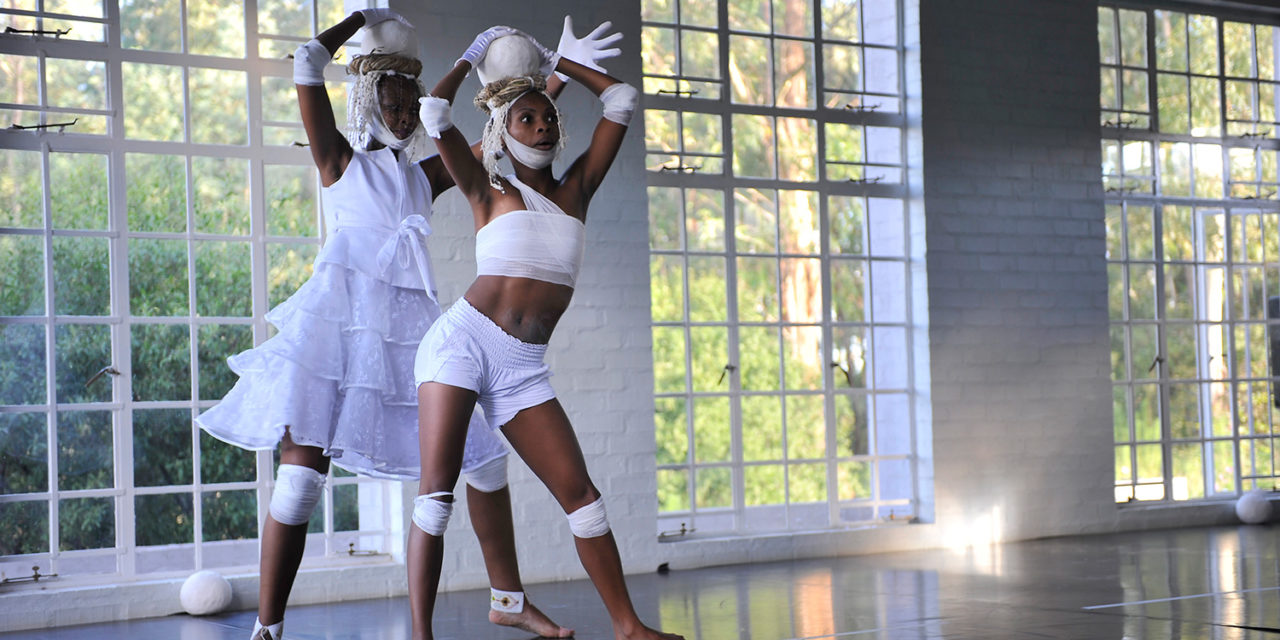 Personal and socio-political narratives seeped into and out of the rural Mpumalanga landscapes in the third edition of The Forgotten Angle Theatre Collaborative’s  (FATC) My Body My Space (MBMS) Rural Arts and Culture festival.

Whether  performed in venues like the landmark  tourist attraction Millys Trout Stall, located on the main National Kruger Park / Mozambique road in Machadodorp, or at Waterval (waterfall ), the festival HQ , the Sabbagha family’s  cattle, trout and timber  farm, or  various  local halls –  South African artists and their guests  impregnated their visions and aesthetic expressions onto sites and into sensibilities. From February 11 to 19 the notion of an audience was again seriously reconfigured at the roadside,  on a town or township street or in a formal performance space. 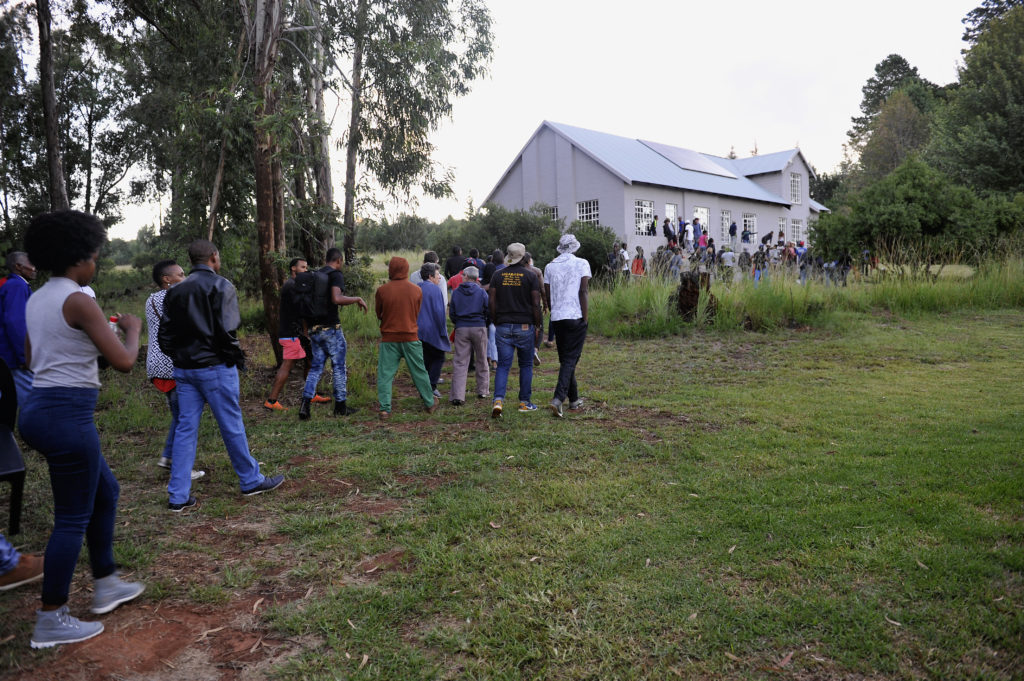 The audience walking from the plantation  towards the Ebhudlweni Arts Centre, Waterval farm,  after In the Forest by PJ Sabbagha. Photo: Christo Doherty 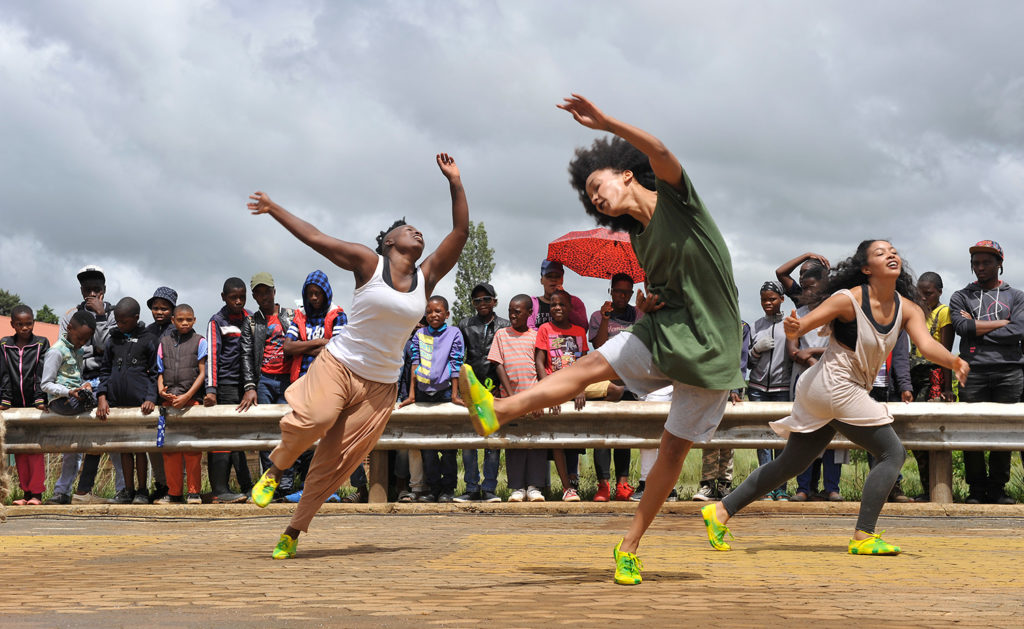 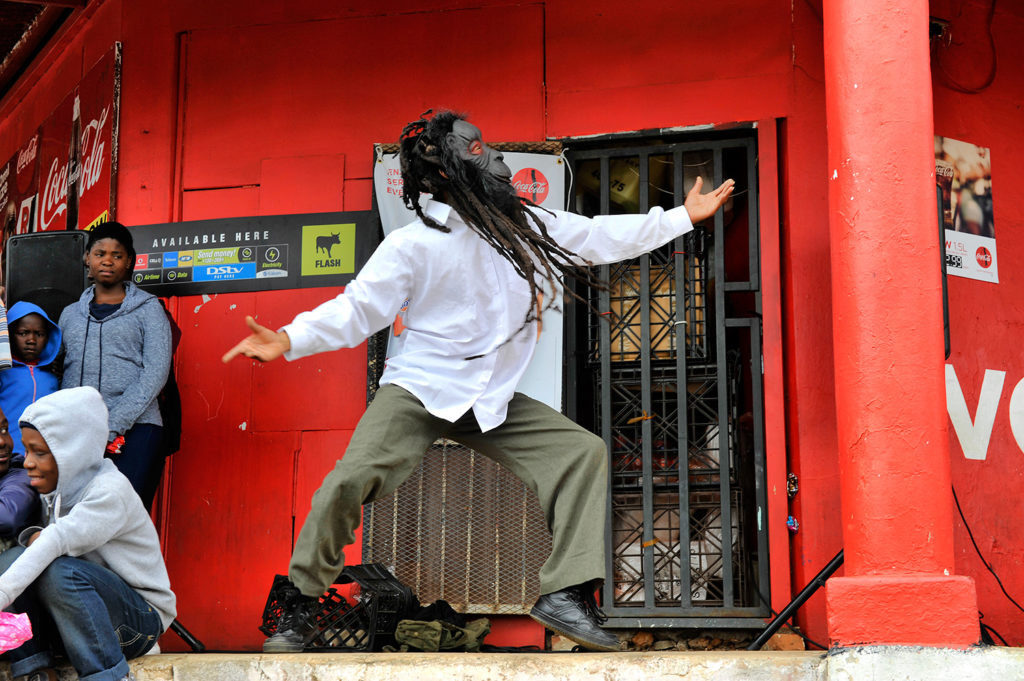 Funeka BC Ramorula in his work Breaking the Cycle. Photo: Christo Doherty

MBMS is a game changer on the South African and African arts and contemporary dance festival front in so many aspects.  Not the least because, like the farm house and the adjoining Ebhudlweni Arts Centre and dancers’ cottages which are all solar powered, this event is off the conventional dance festival grid. It is totally artist driven and organically linked to founder and director Peter John (PJ) Sabbagha’s  resident 22 year  old FATC professional dance company, the  FATC training programmes and AIR ( Artist in Residency)  choreographic  initiative which, from  2015 , when the company relocated from Johannesburg,  has had national and now international impact.

MBMS’s astutely curated interventions happen in real time, in real life. For the second Mpumalanga edition in the district of Emakhazeni, the weather joined in with Cyclone Dineo disrupting with storms which caused havoc on the already problematic provincial dirt roads.  After the umpteenth vehicle had to be rescued by the farm tractor driven by Fanie Sindane (who opened the Centre on October 25 2015 transporting FATC dancer Fana Tshabalala on a trailer) MBMS and FATC founder PJ Sabbagha, dubbed the 2017 edition The Stuck in the Mud Festival. That may have been one of the realities but My Body My Space deserves the subtitle Salt of the Earth Contemporary Dance Festival because of who is involved, how and why it happens. 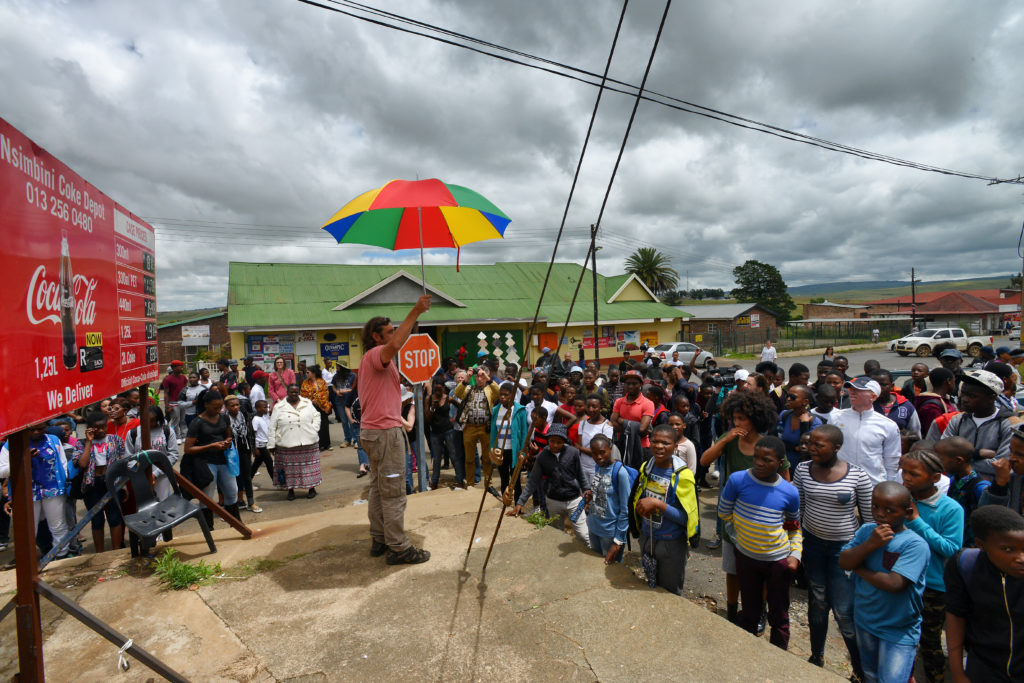 This edition again showcased  the diversity of forms which make up SA contemporary dance ranging from traditional and contemporary African dance to physical theatre and installation performance. It offered in its  Arteries, Workshop and closing Central Nervous System programming  invaluable encounters, important discourses and startling revelations. 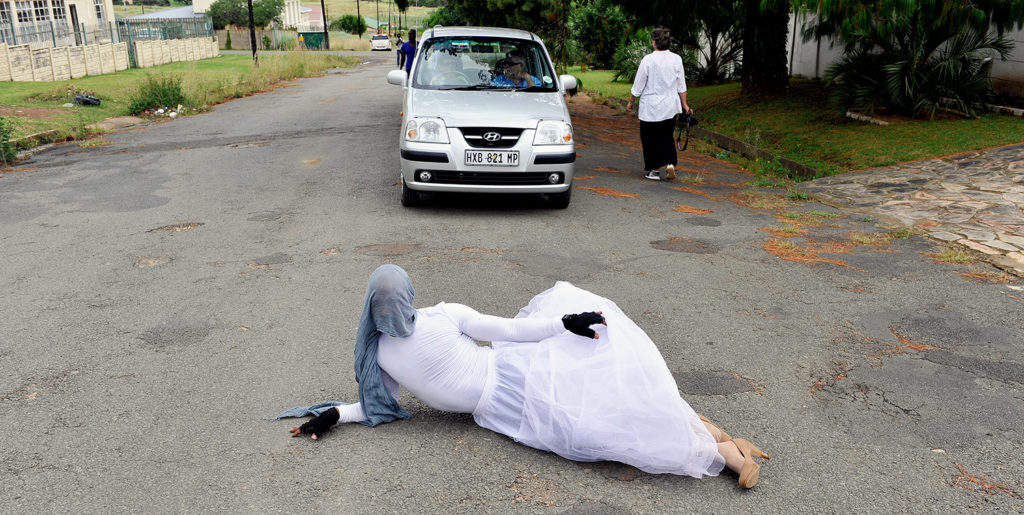 FATC’s Thulani Chauke and his audience in the pot-holed streets of Machadodorp. Photo: Christo Doherty 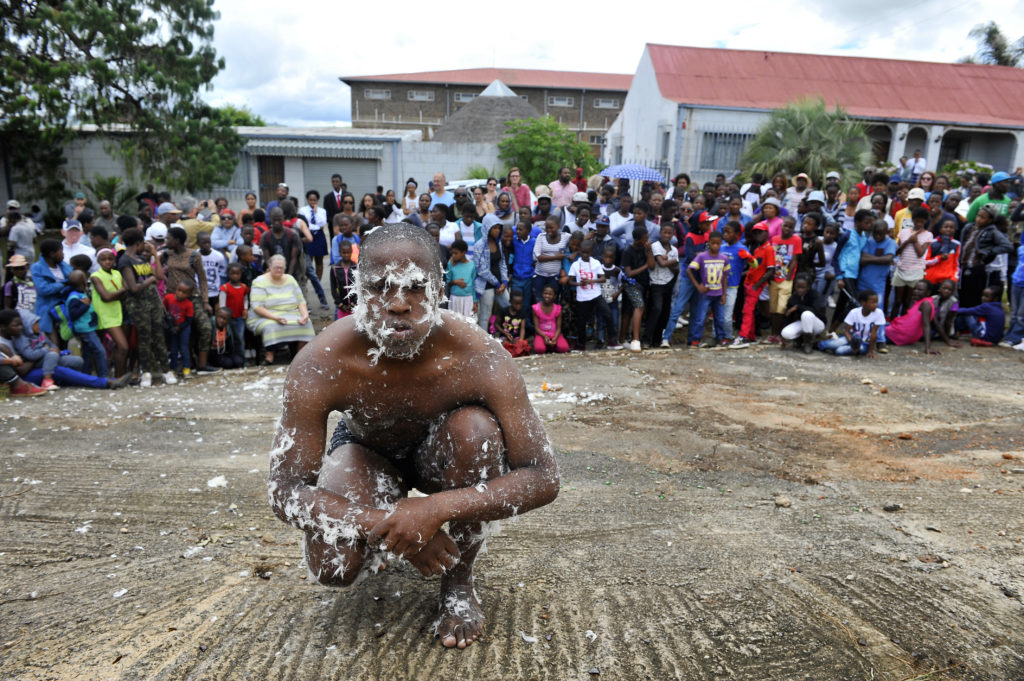 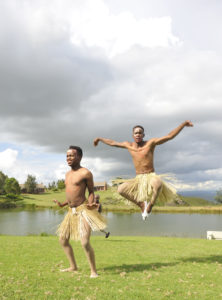 The core 2017  funding may have been provided by the National Lotteries Commission but this edition  materialised because of a range of other funders including the department of social development, Institut Francais, the Goethe Institut and in-kind partners like Millys and neighbouring original associate the Gooderson Kloppenheim Country Estate. This year Wits University’s Drama for Life was joined by the University of  Johannesburg ‘s Institute of Advanced Studies.

Artistic interventions triggered interactions and synergies as did the carefully sourced collaborations between dancers, choreographers, technicians, and dance companies, from around the country and far afield as Berlin (Constanza Macras Dorky Park/FATC) and Soweto/ Antananarivo  (Inzalo/Vahinala) with French photographer Denis Rion.

Quality and artistry set the pace in the Millys conference room at sunset where FATC’s Tshabalala in collaboration with Dorky Park’s Ana Mondini and Emil Bordás unleashed the intensities and complexities of South Africa’s brutal apartheid history inspired by J. M . Coetzee’s 1976 novel In the Heart of the Country.  This profoundly textured dance theatre work tapping into race and place, fear and violence, had its full premiere at Dance Umbrella 2017, in Johannesburg, on March 2. 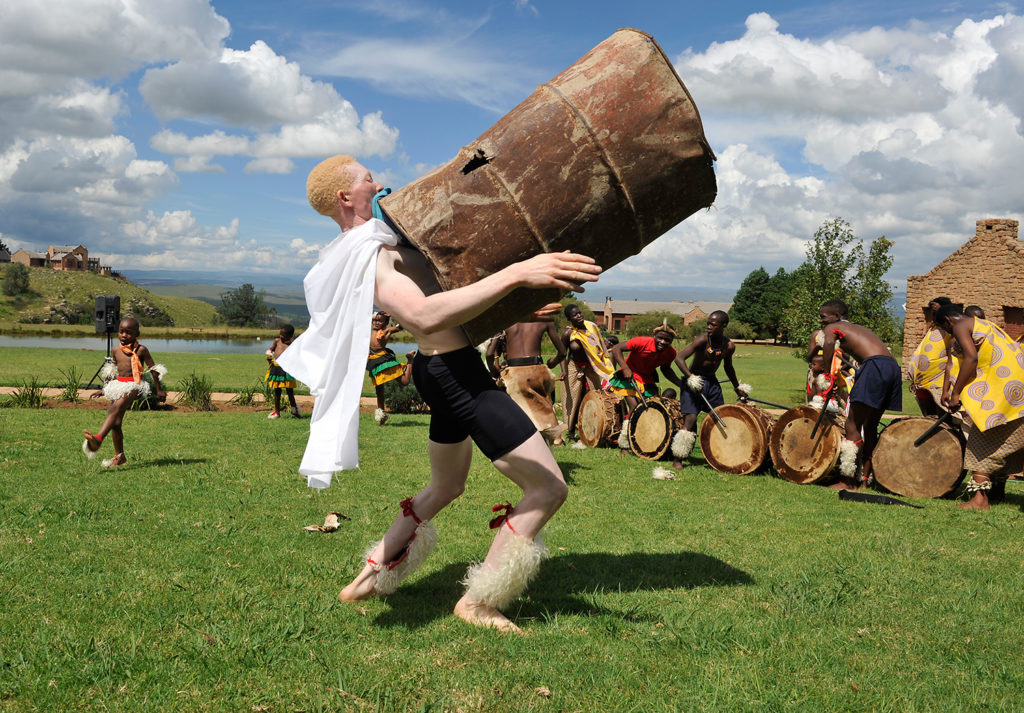 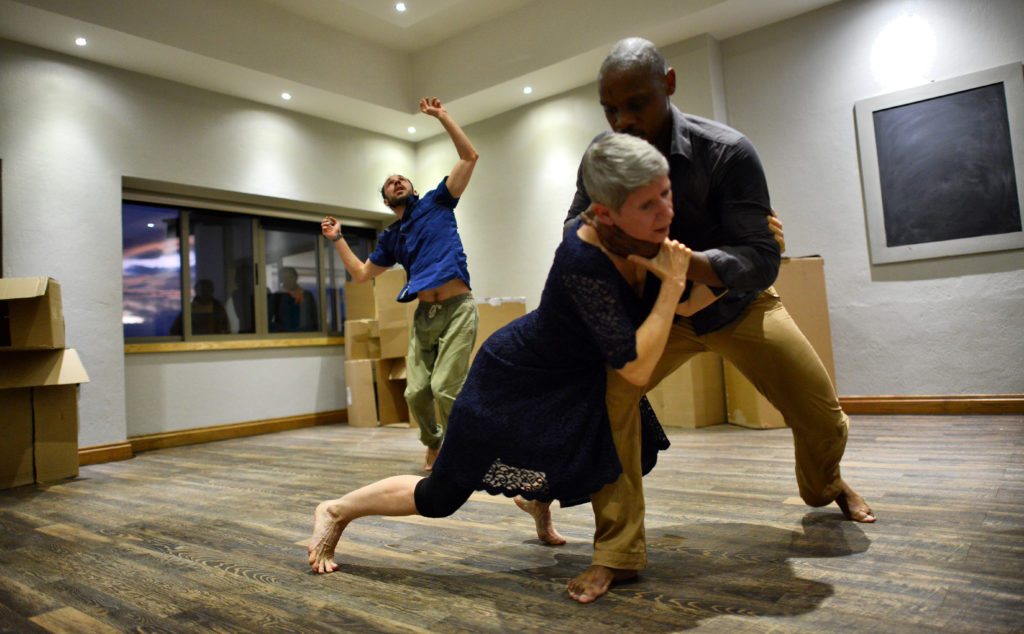 Emil Bordás, Ana Mondini & Fana Tshabalala in their In the Heart of the country in Millys conference room. Photo: Christo Doherty

Next, in the ally at the entrance between picnic tables,  FATC’s  Thulani Chauke  (aka ThulzBlue ) and Nicholas Aphane performed their Distilled a duet radiating male bonding between two highly accomplished South African arts professionals,  originating from Johannesburg  – Soweto and Alexandra Township respectively. 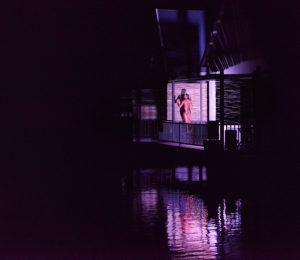 Then the audience sat in the restaurant overlooking the trout dam to witness an idyllic “float by” featuring ThulzBlue partnering contact improvisation specialist Lucia Walker on a small boat on the water. They drifted into the lighting shed from a guest room where  Vuyani  Dance Theatre’s Lulu Mlangeni performed her acclaimed autobiographical solo Page 27 on the balcony. 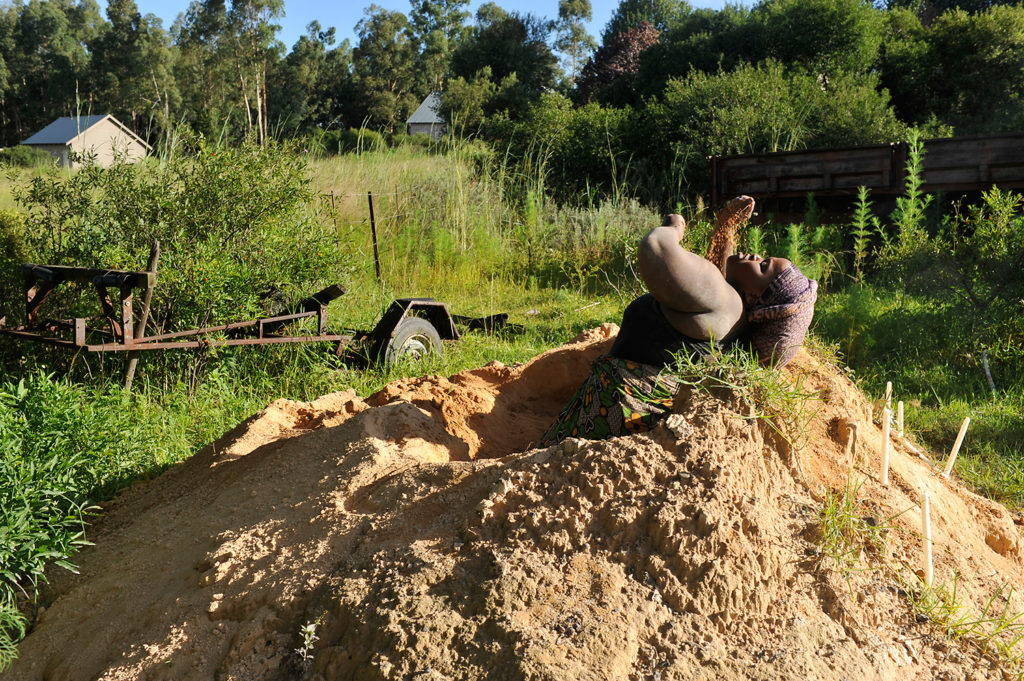 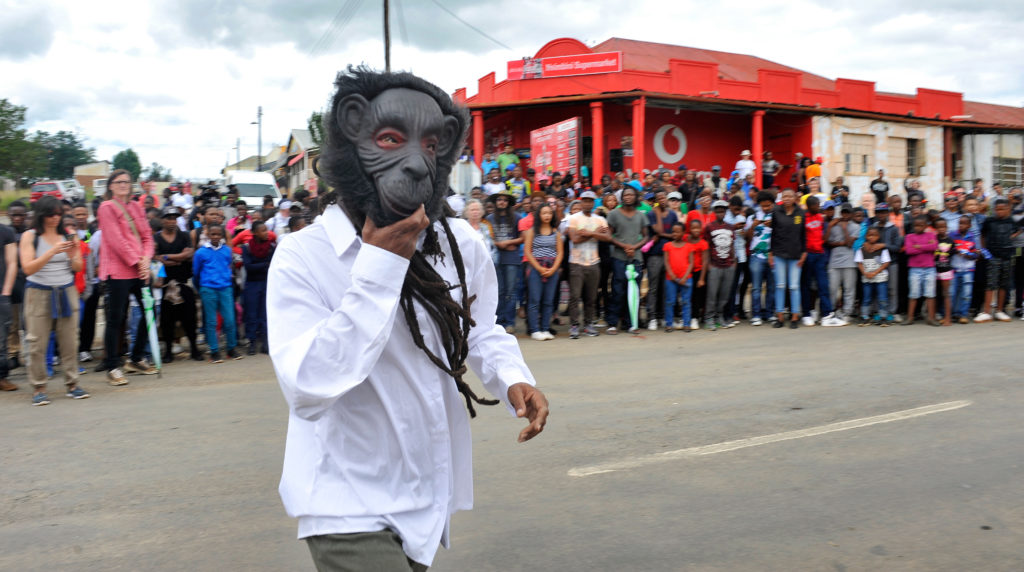 Social issues and economic realities were also reflected in Athena Mazarakis’ ironically titled Forel Paradys (Trout Paradise) a witty showcase for the six male Mpumalanga FATC  trainees who performed as waiters with trout buckets and platters on the grassy bank of Emthonjeni Township framed by shacks and houses. The audience of local and bussed in children from FATC’s outreach in surrounding trout industry towns like Dullstroom included three waiters from Millys witnessing their lives creatively mirrored. 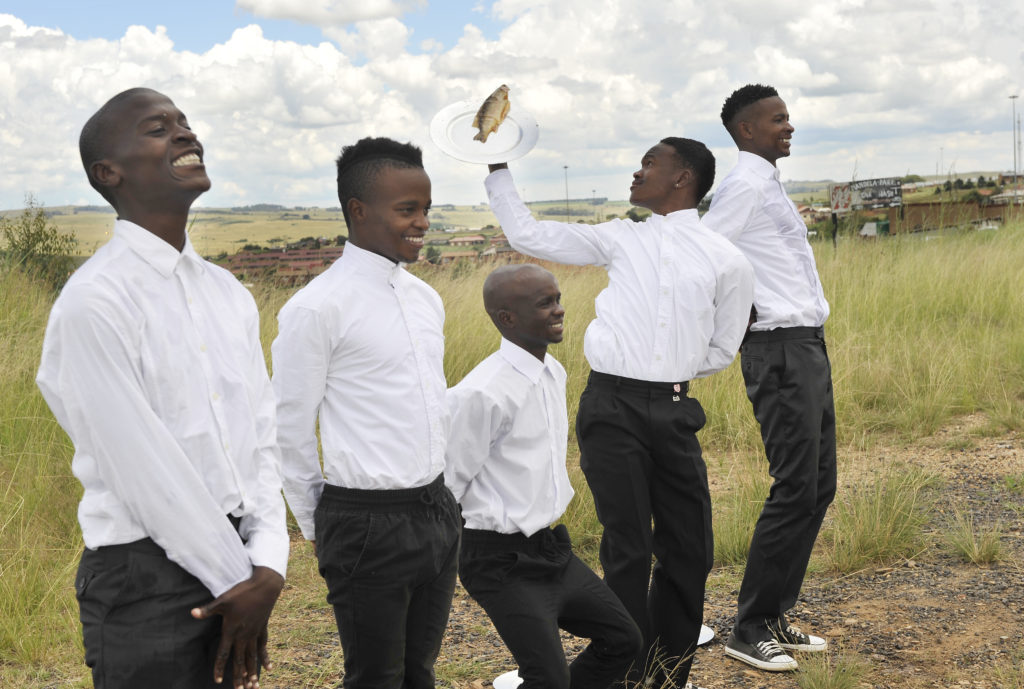 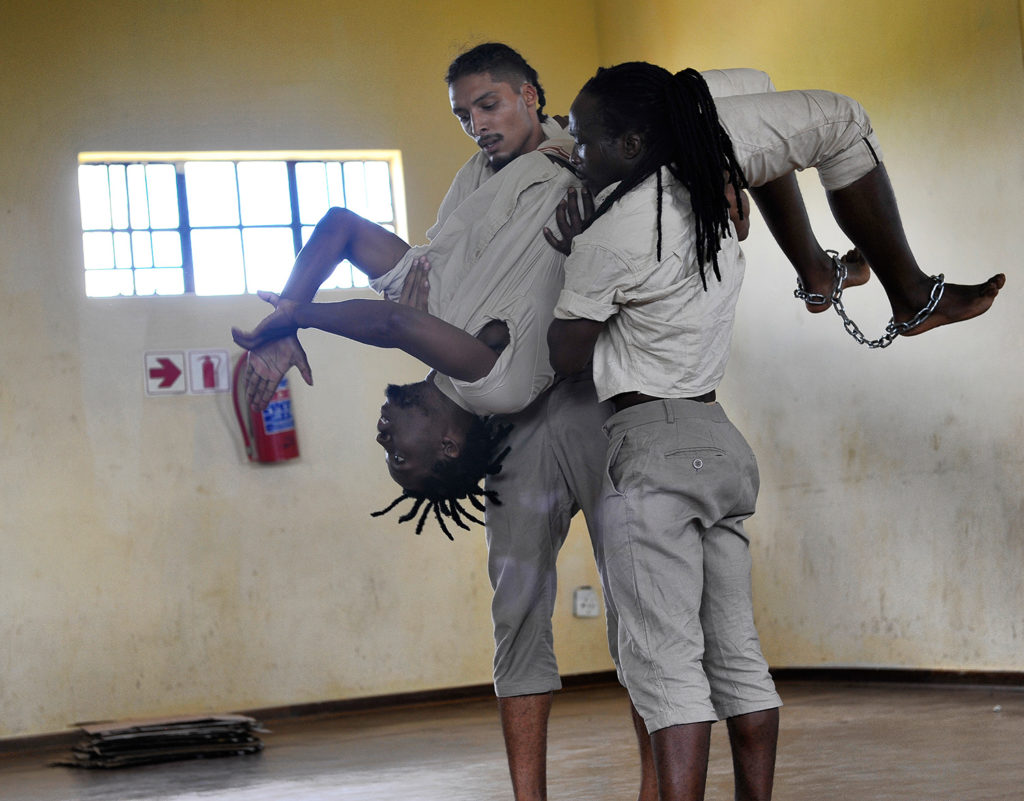 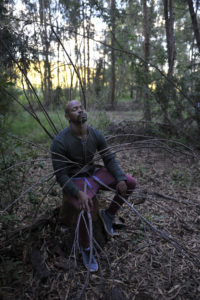 Undeniably   MBMS  is a prototype for a highly professional, educational, festival produced in the face of funding volatility. The pinnacle of achievement was Sabbagha’s In the Forest a collaboration with land artist Erica Lüttich. Think a Midsummer Night’s Dream in the South African platteland (rural area). A band of actors and the Bard are replaced by an acclaimed dance company and their choreographer.  This production redefined how one views and evaluates choreography and performance as the arboreal and corporeal meshed with the ethereal.  Torsos brushed bark, feet balanced on branches and the natural sound score created by these living beings was complemented by blasts of Vivaldi provided by Fana Tshabalala, his iPad and a large speaker carried on his back.  Excellence and artistry abounded as themes of life and decay filtered through the trees at sunset and into cultural history. 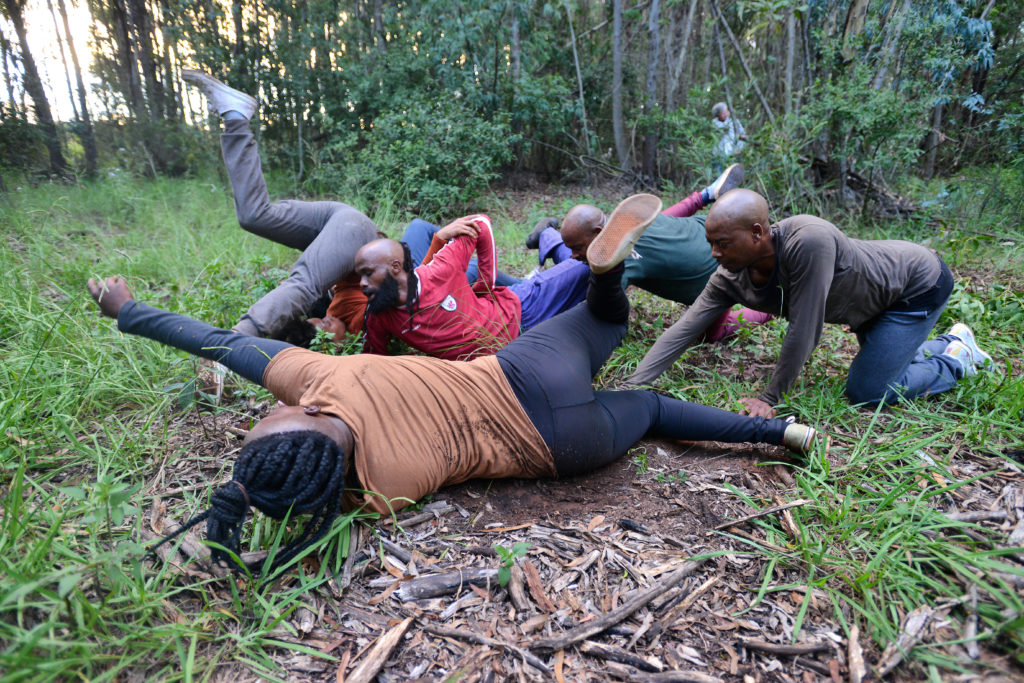 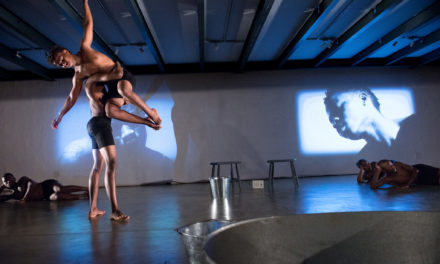 Home Is where the He(art) Is: Flatfoot Dance Company’s “Home” Trilogy 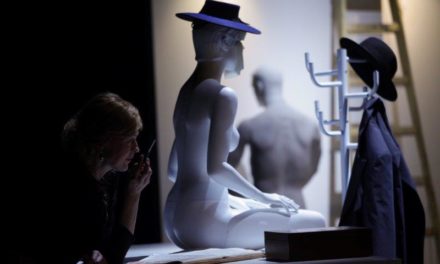 What Is The Current State Of Slovak Theatre?