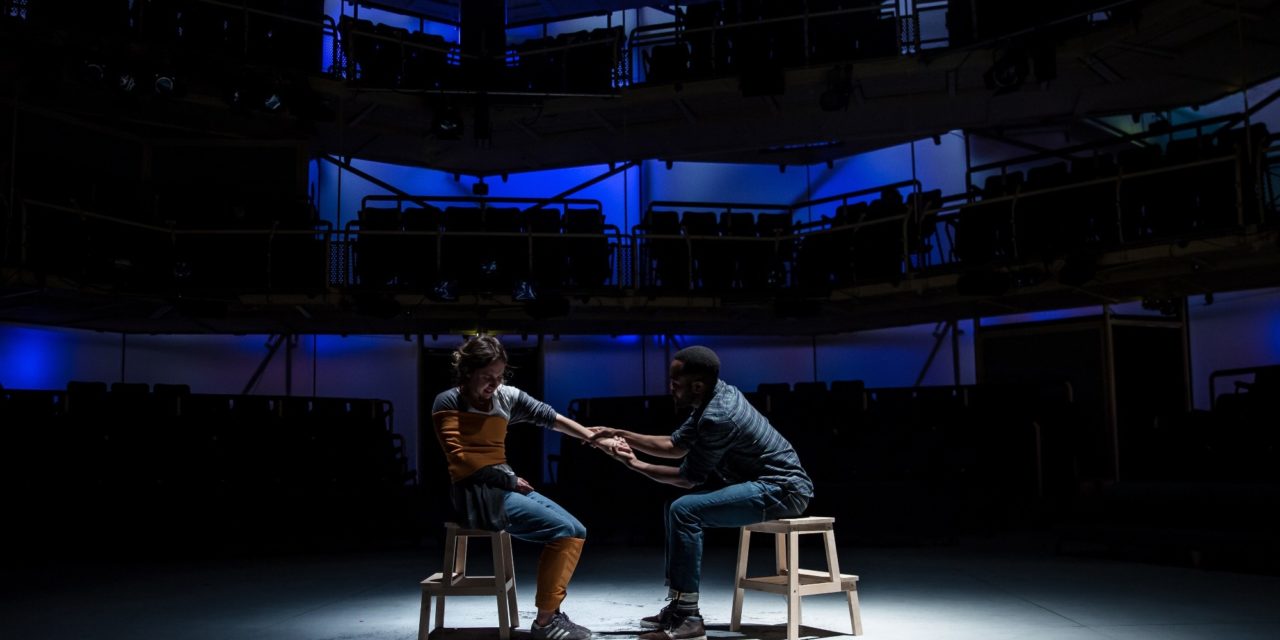 The political story of our time is the upsurge in support for Jeremy Corbyn, leftwing leader of the Labour Party, mainly by young activists who are both idealistic and energetic. But what would happen if one of them decided to go freelance, and pushed their protest beyond the bounds of reason? James Fritz’s resonant and beautifully structured play, Parliament Square, explores this kind of question. It won the Judges Award of the 2015 Bruntwood Prize for Playwriting, run by the Royal Exchange Theatre, and now arrives at the Bush Theatre in West London.

Kat is a young wife and mother, and Fritz tells her story in three episodes. The first, called Fifteen Seconds, shows her deciding to skip off work and, instead, board a train for London where she will douse her own body with petrol in Parliament Square and set herself alight. It’s a form of protest that is immensely chilling, reminding us of similar cases in Vietnam in 1963, Czechoslovakia in 1969 and Algeria in 2011. Although the reasons for Kat’s self-immolation are a bit vague, Fritz dramatizes her thoughts by giving her an inner voice, played by an actor, with whom she debates the rights and wrongs of staying with her husband Tommy and daughter Jo, against the desire to make a political difference, to change the world.

Needless to say, not everything goes according to Kat’s plan. The second and third episodes are called Fifteen Steps and Fifteen Years and show some of the consequences of this kind of self-sacrificial gesture. Her mum and Tommy are appalled at what she has done and traumatized by the events. Fritz is good on how shocking self-immolation is, and how its memory is repressed—the gross medical detail of being burnt is horribly painful. In fact, for about two-thirds of this 80-minute show, there are vivid, yes burning, images of fire, agony, disfigurement, bravery, and charity. Unfortunately, the last 20 minutes feel rushed and underdeveloped. At the end, too much ground is covered too quickly.

At its best, Parliament Square is a gut-grabbingly emotional experience. You only have to imagine what Kit is doing, and what Kit’s husband and mum think about her action, to see how deep the pain can go. But was it a stunt or a rational act of protest, an example of the propaganda of the deed? Kat’s motivation is a visceral hatred of the entire capitalist system—not just one aspect of it like the cuts, but the whole damn thing. It’s an example of political extremism that is dangerous, distressing, and mercifully very rare. You can see why her mum thinks that change should be achieved through hard work rather than heroics.

Fritz’s text is thrillingly written, with the two voices of the first section circling around each other, Kat’s inner voice provoking her, reminding her and bolstering her faltering willpower. It’s an arresting image of self-contradiction and doubt. When the inner voice tells her that burning yourself alive only causes 15 seconds of pain because after that the nerve ends have burnt through, you can’t help thinking that, actually, 15 seconds is a very long time. In the final section, the use of a chorus of Happy Birthday To You to mark the passing years as Jo grows up is almost incantatory, and, at the end, Kat’s passionate desire to make a statement, to publicize her revolt is restated in a very distressing way.

Performed in the round, on a bare stage with the minimum of props, Jude Christian’s production is neatly designed by Fly Davis and packs a terrific punch that brings out the strengths of the writing and masks some of its weaknesses. The cast is great: Esther Smith gives Kat both a compelling intensity, and a human sense of uncertainty, while Damola Adelaja and Joanne Howarth perform the rather sketchy roles of Tommy and Mum with complete integrity. In a significant doubling, Lois Chimimba plays both Kat’s inner voice and the grown-up Jo. Seraphina Beh, Kelly Hotten, and Jamie Zubairi inhabit the other roles. Parliament Square is thought-provoking and full of a febrile nervous energy: if it feels a bit perfunctory in its latter stages, it still sears itself on your mind.

Parliament Square is at the Bush Theatre until 6 January.

‘This article originally appeared on Aleks Sierz on December 6, 2017, and has been reposted with permission. 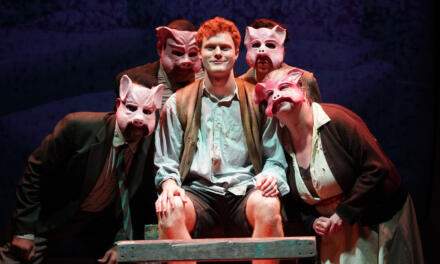 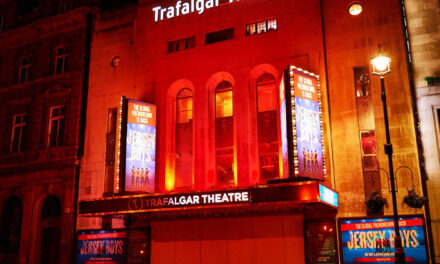