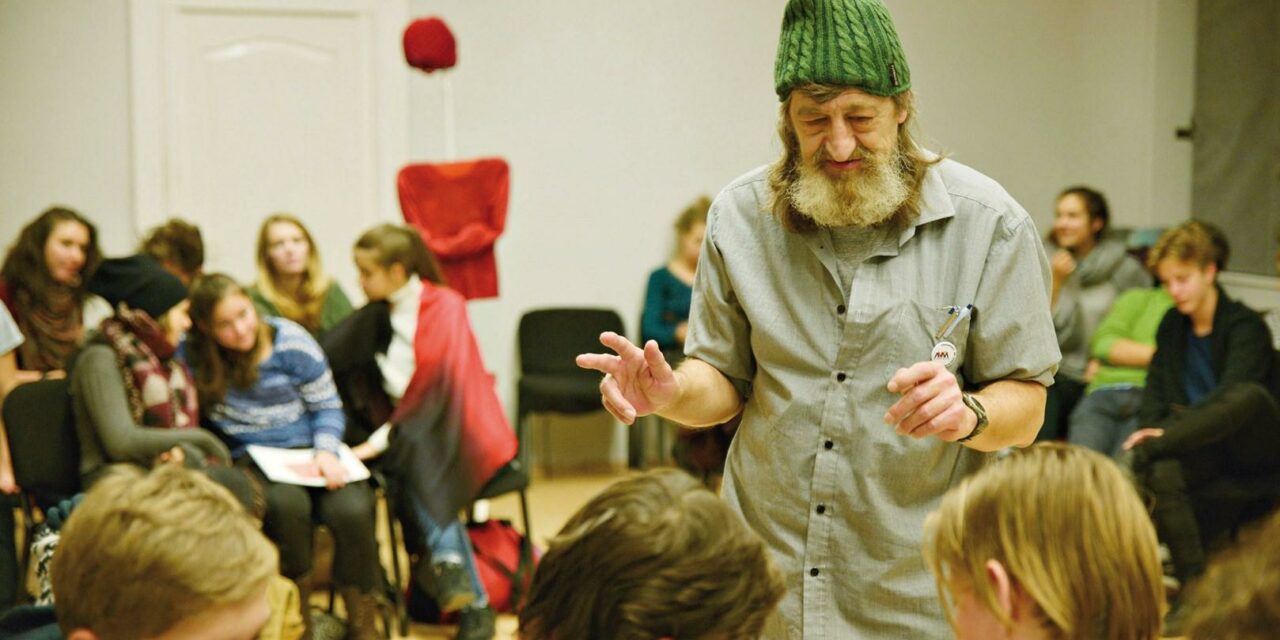 Hungarian company ‘Lifeboat Unit – STEREO AKT’ bring their enticing and interactive performative game, Addressless: A Vagabond Role Game, on the trials and tribulations of homelessness to Dresden. Created by Gábor Fábián and a company of four actors, this is a performance piece which places the audiences as the decision-makers for three different characters, all of the different genders, ages, but ultimately, of the same state of homelessness.

Throughout the performance, the audience is guided through an interactive participatory process, in which the vital decisions which shape the course of the three characters are determined in a diplomatic and discussion-based setting. With several gaming rules attached, including the Monopoly-like use of gaming money (in Hungarian forint) as well as the use of certain ‘life’ points (in the form of a meter on a pole, measured with an item of clothing on a hook), the audience are actively encouraged to determine the best and most suitable outcomes based on a monthly income, expenditure, and living circumstance whilst on the streets of Budapest.

STEREO AKT ‘is a progressive Hungarian contemporary theatre collective under the artistic leadership of Martin Boross. The performances are often based on research in the public space and deal with current social issues.

What ‘Lifeboat Unit’ has achieved is the capacity to allow the audience an incredible amount of participation. The effect is that, when the audience is in control, they become actively engaged, and generally more interested in the piece. A real phenomenological reaction begins to take place. Participation, as we are led to believe from this festival, creates a more democratic engagement, and a more spiritually understanding of the characters’ journey.

The tragedy of this game is that the life points of each character will continue to decrease, despite the decision of whether to house your character in a hostel or a shelter for the night or leave them begging in the street. It goes to show that homelessness never has its easy options, and despite the smaller paths to take (such as taking up work, saving the cash, or even begging), it always has an outcome that will affect your own life.

Confidence amongst the audience is built as the performance evolves, and several audience members begin to interject and bargain with others with regards to theirs and other characters’ journeys. What the participation of this performance has underlined is that we can never comprehend the real-life consequences of those who are homeless; however, we can approach it carefully from a place of understanding. We all understand whether money or life is more important that one another, and whether spending money for antibiotics to deter the effects of pneumonia are more important than taking the risk of a bigger pay-packet.

The dangers of a ‘game’ context open the door to whether we should constantly be aware of the performances’ aim to affect an audience with more potent themes. It begs the question: do we become carried away in the excitement of it all? Is the game element in danger of making the piece so painstakingly entertaining? What Addressless does is submit a simple Brechtian notion of meta-theatricality, so that even the actors can actively step out of their characters, and assist with the decision-making.

When life and money are at stake then a more passionate (and vocal) involvement ensues. Addressless shows that the active participation of the audience has created an engagement to the proposed outcome of the piece, which (in my mind) is to be aware of not only the constitutional law against homelessness in Hungary but also the (still) societal consciousness of homeless as a ‘vagabond’ state. The performance, just like Every Body Electric on Monday (see Article 3, Monday) altered mindsets and perceptions. I believe it is appropriate to label this as a documentary theatre piece, but ‘documentary’ in the sense that the outcomes are weighed by the  information fed by the performance to an audience in between their active participation, just so that there is a gentle reminder  that we are always dealing with something that is so much larger than a game.

For more information, visit the ‘Our Stage’ Festival. 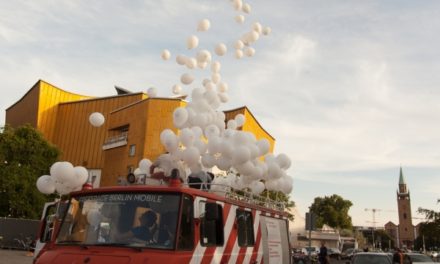