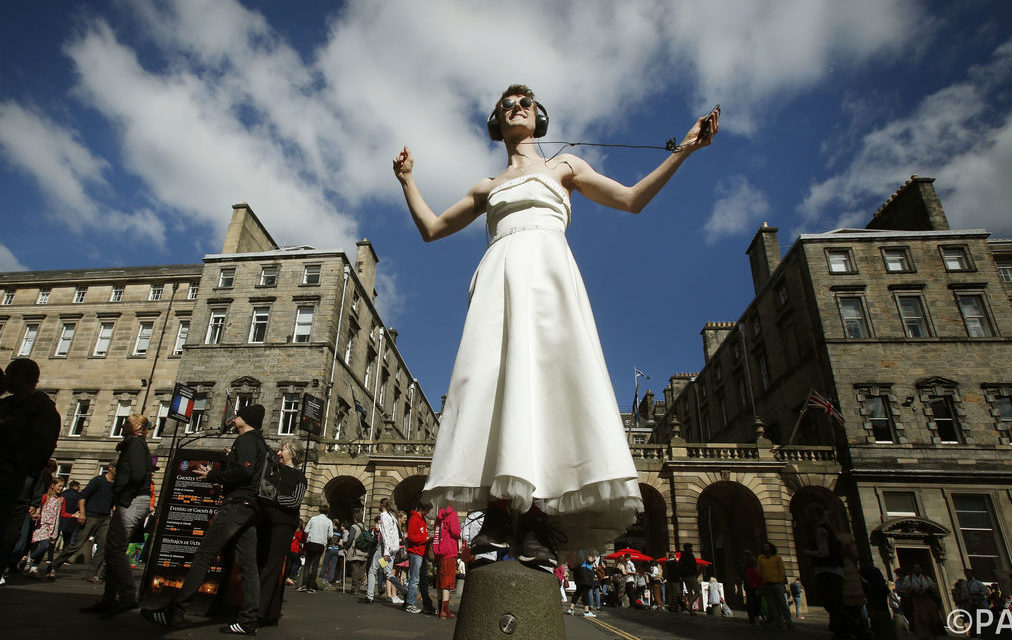 A performer promotes Edinburgh Festival Fringe show This Much on the Royal Mile in Edinburgh. Photo credit Danny Lawson/PA

The Edinburgh Festival is upon us again, a three-week spectacular that turns the Scottish capital into the biggest arts destination on the planet. It is in fact a number of different festivals, with the leading Edinburgh International Festival and Edinburgh Festival Fringe returning for a 70th year since their inception in 1947.

Far from being confined to August, Edinburgh now holds 12 independently organised festivals throughout the year covering everything from storytelling to science to films to the city’s world renowned Hogmanay celebrations for New Year’s Eve. The city’s success as a leading cultural tourism destination is closely tied to the festivals’ ongoing strength and their enduring appeal to global audiences. This is why Edinburgh likes to call itself “the world’s leading festival city”.

With further audience growth expected this August, the city’s combined festival offering attracts a total of 4.5 million people a year. This is similar to the FIFA World Cup and only behind the Olympic Games – both of which take place every four years.

The Scottish economic impact of all these festivals has also gone up and up. Between 2010 and 2015, it rose from £253m to £313m as festival-goers spent money on everything from Edinburgh accommodation to visits to the Wallace Monument in Stirling. Then there are the harder to measure social and cultural impacts, with 89% of local festival attendees agreeing recently that the festivals increased their pride in the city and positively influenced their attendance at other cultural events the year round.

So what’s the secret? Apart from the benefits of being a beautiful historic city that is small enough to navigate easily, much can be put down to these separate festivals working together – with support from the city council and the Scottish development, tourism and arts agencies. They carried out the festivals’ first economic impact study in 2004 in recognition of the rise of competitors such as South by South West in Texas; and all the festivals at Quartier des Spectacles in Montreal.

Next came a £75m investment in the city’s arts infrastructure: refurbishing the Usher Hall, Assembly Rooms and Kings Theatre; an extension for the Festival Theatre and new stands and seating for the Tattoo on the esplanade of Edinburgh Castle. Following a strategic review in 2006, the festivals then formed an umbrella organisation, Festivals Edinburgh, which has helped them collaborate in things like marketing and lobbying. This is one reason for the rise in air routes to and from the city. More traumatic has been the birth of the tram network, though one line has finally opened. 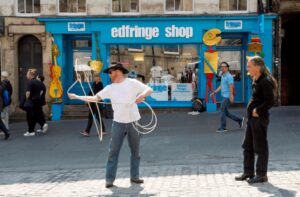 The August offering has also benefited from the Fringe’s ad-hoc approach to growth. The Fringe is not managed in a traditional sense but through an open-access ethos that allows anyone to register as a performer in its programme provided they can secure a suitable venue. It is a story of organic growth helping to create an iconic and trusted brand that has arguably become synonymous with the city itself. The name has even been adopted by other arts festivals like Adelaide, Vancouver and Dublin as a marker for alternative cutting-edge arts and open-access programming.

Edinburgh is also seen as a vital destination for countries looking to improve their own arts festivals. The Fringe World Congress held its inaugural meeting in the city in 2012 to bring together Fringe directors and organisers, while the British Council Edinburgh International Festivals Academy launched in the city this year to share best practice for festivals.

None of this is to say that everything has proceeded perfectly in Edinburgh, of course. The Film Festival encountered severe difficulties in 2011, for instance, while the Fringe had major issues with its box office system in 2008.

Numerous competitors are also growing strongly. For example the biennial Manchester International Festival in England, which has focused exclusively on new artists since it launched in 2007, saw a 5% rise in attendance figures in 2015. Manchester is also investing heavily in venues such as The Factory for the future. Venice’s Biennale festival is another event that is seeing strong growth.

Though these are much smaller and narrower than Edinburgh’s offering, the Scottish capital will undoubtedly continue to track them in its efforts to stay ahead. If it does this and the festivals keep working well as a group, Edinburgh will remain a world leader in staging international arts events.

Why We Need to Remember How to Forget