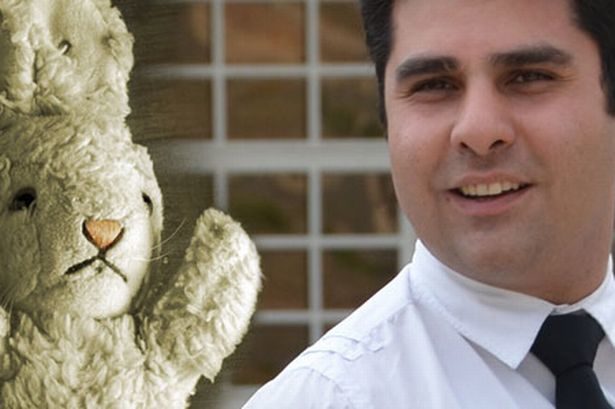 Playwright Nassim Soleimanpour grabbed the attention of international theatre community by his White Rabbit, Red Rabbit in 2010. His originality comes from his audacity in doubting the legitimacy of directorial authority, rehearsal process, actors’ presence and set design. White Rabbit, Red Rabbit has been hailed internationally for its originality in theme and form and is the most famous one of its playwright’s series of plays without directors.

Nassim (literally meaning ‘breeze’) was born in 1981 in Tehran and is a graduate of University of Tehran. When he was denied a passport due to refusing to do obligatory military service, he decided to make his play travel around the world. It was in the 29th Fadjr International Theatre in Tehran that Canadian theatre artist Ross Manson got familiar with Nassim and discovered his artistic talent. White Rabbit, Red Rabbit premiered in Canada in Toronto’s SummerWorks 2011 as a result of collaboration between Ross Manson (Volcano) and Daniel Brooks (Necessary Angel). Since then this allegorical drama has been translated into 20 languages, has been staged more than 1000 times in various venues and festivals including Edinburgh, New York, Brazil, and China.

White Rabbit, Red Rabbit has no director and fixed actors. It is supposed to be performed each night with a different cast, and the cast is not supposed to see the script before. With a global vision, Nassim’s writing is like a rebel against pre-determined laws. In his rebellion, he not only challenges the established theatrical aesthetics but also puts in perspective the necessity of obedience and the way power is exercised.

The play is an expression and exploration of the playwright’s selfhood in relation to dominating [socio-political] forces but goes beyond personal concerns to address ubiquitous issues of power dynamics between subordinates and their ruler. This self-expression/exploration does not end at this level. The fact that actors must not see the script before stepping onto the stage places them in a rabbit hole and changes the stage into a scene for actors’ exploration as well.

Nassim’s next play Blank is another leap into the world of unknown, and another attempt to play with theatrical conventions. This time, practicing “simultaneous dramaturgy” (Boal), Nassim invites the audience to interact actively with the actors to fill up the many blanks that are left in the script. While activating audience members to take effective roles in forwarding the storyline, this dramaturgy benefits from the communal and synergy audience-actor interaction, Blank creates an unpredictable and fresh look into people’s stories and voices.

His most recent work, Blind Hamlet transcends his habit of deconstructing theatrical conventions. Blind Hamlet is an interactive game that needs neither actor nor rehearsal. Nassim confronts the crisis of losing his sight and the fact that he’s never read Hamlet. The show’s dramaturgy is based on theatrical game playing on what is seen and what is lost while seeing. Once again, exercising the blurred lines of truth and fiction, Nassim uses only a voice recorder and the audience as performers of his game-based theatricality. As the script is spoken into a Dictaphone, the audience has to get onstage, and based on their intention and decisions, they start accusing each other. Ramin Gray directed premiere production of Blind Hamlet for Actors Touring Company with support from the British Council and the Iran Heritage Foundation.

Bringing self out of the comfort zone has been Nassim Soleimanpour’s vision in art life. Having been exempted from the military due to his eye disorder, he finally obtained his passport and could travel abroad. He has continued his theatrical experimentation with artists such as Britain’s Tim Crouch and Canada’s Daniel Brooks.