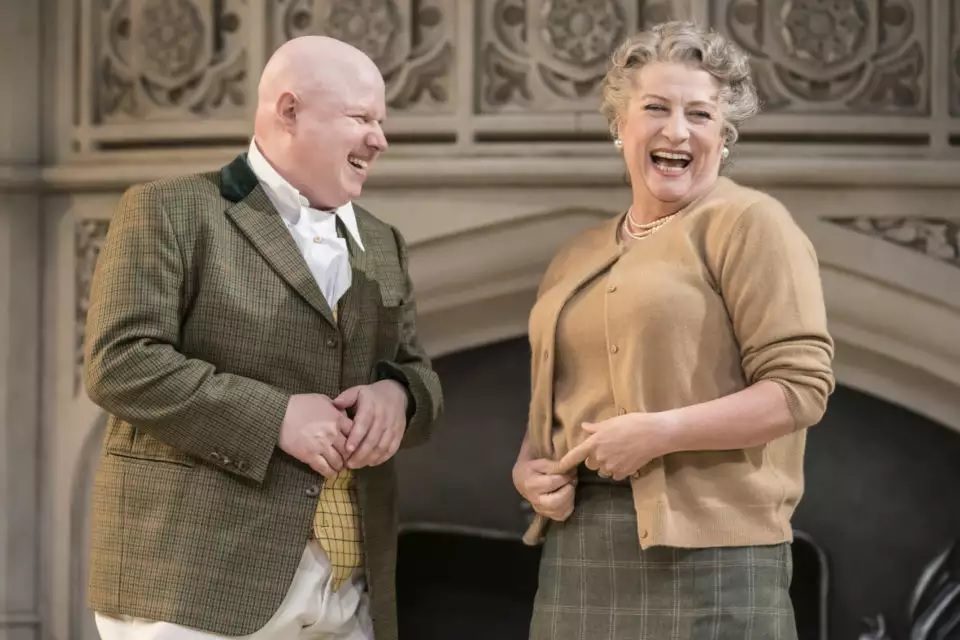 Matt Lucas, with Caroline Quentin, was ordered not to perform by doctors. Photo: Johan Persson

When the first person to appear on stage is director Daniel Evans with a microphone in hand and not a hint of a tap dance in his step, you know that there is trouble ahead. The main musical production at Chichester is not merely an anchor for the entire season, each year it has delivered one smash hit after another–Gypsy, Guys And Dolls, and many more–direct to the West End.

So when Evans told the first night audience that the star of his Me And My Girl revival Matt Lucas had been ordered by doctors to rest his throat there was a gasp before the packed house rallied.

The role of Bill Snibson–the rough and ready lovable Cockney who suddenly finds he is a member of the landed gentry–could have been written for Lucas. It has an endearing bluff campness about it, a real warmth, and an earthy humor.

Instead, understudy Ryan Pidgen with just a few hours’ notice, not only had to master the part, but also overcome first night nerves, keep his supporting cast calm, and deliver a performance that would make Lucas proud.

That he did it in spades driving the reserved audience to a frenzied standing ovation is a testament to something approaching theatrical magic. 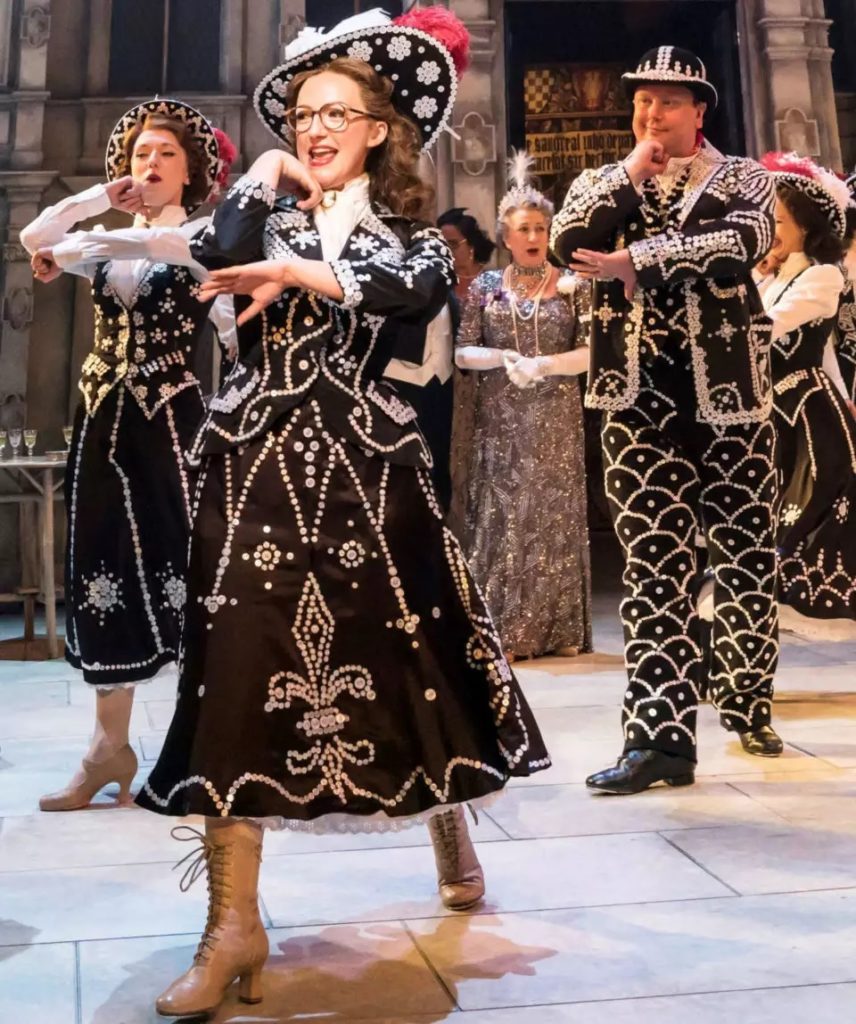 Bill Pidgen, left of center, stood in for Matt Lucas at the last minute on the opening night of Me And My Girl. Photo: Johan Persson

He did, of course, have the advantage that every aspect of this production–set, choreography, costumes–is near perfect. Even the music is pretty good–once you have got George Formby’s enduring rendition of Leaning On A Lamp Post out your head.

Like other recent productions, the 1930s notion of class is at the heart of the story. In this version, Bill must prove to estate executors Sir John Tremayne (Clive Rowe) and Maria, Duchess of Dene (Caroline Quentin) that he has fully adopted the manners of an aristocrat in order to secure his inheritance. His girl Sally Smith (Alex Young) knows she faces the same challenge.

We are then knee deep in My Fair Lady territory–a parallel which the self-deprecating script doesn’t hesitate to reference and which an informed audience instantly recognizes.

If the historic scene involving dancing suits of armor seemed a touch labored and the head of the conductor bobbing at stage level slightly distracting, these are mere details. Quentin sang, tapped, and acted her way through the whole show with the precision of the star she assuredly is.

This play is about class and it is a class act. It will join its predecessors in heading straight to the West End.

This article originally appeared in Inews on July 10, 2018, and has been reposted with permission.