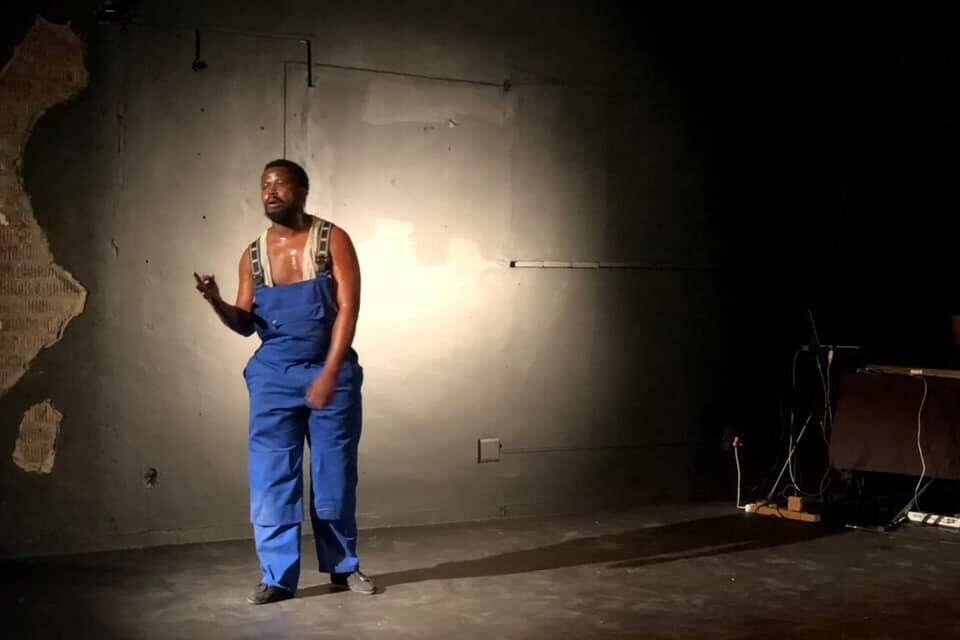 Darkie which features Katlego Letsholonyane (who has just recently started appearing on the local SABC sitcom Skeem Saam) is a brave and stylistically refreshing production in that not only is it a one-man, one-act piece, it has no set or props meaning only mime, live music, and other recorded sounds are used to provide a rich sonic backdrop for the action as it unfolds.

Set in a factory, it details the not too unfamiliar story of a black man and how he has to wake up very early every day to board an overcrowded train to get to the factory where not only is he humiliated daily but he also suffers other dehumanizing indignities which render his what he calls his ‘life’ a hard slog! The live guitar and flute musical accompaniment and the various recorded sounds from trains to bottle caps form a vast soundscape which makes the empty set come alive right in front of the audience. All of these elements come together so seamlessly to provide the actor with just what he needs to precariously inhabit this unforgiving and debilitating world portrayed on the stage.

“Darkie” as a term was used derogatorily to refer to black people but one gets a sense that in this production it is ‘reclaimed’ and used as a strong political statement to show that not much has changed and black bodies are still banished to menial black collar hard-labor reminiscent of the Apartheid era.

As much as it is very much still a physical theatre piece it goes much further to become almost ‘silent theatre’ – silent perhaps also another statement of how voicelessness is still the order of the day. There are fleeting moments of brief pleasure and respite for the unnamed man, but those are often rudely interrupted by the inaudible and jarring human sounds which signal that the man has to go back to slog it out once again!

Darkie is certainly is a production worth watching!

Darkie, written and performed by Katlego Letsholonyane, directed by Jacques De Silva and with sound design by Yogin Sullaphen is on at POPArt Theatre from 5-8 March 2020

This article was originally posted by theafricantheatremagazine.com on March 6th, 2020, and has been reposted with permission. To read the original article, click here. 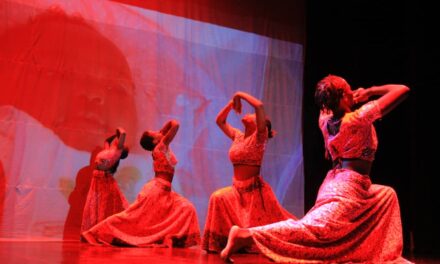