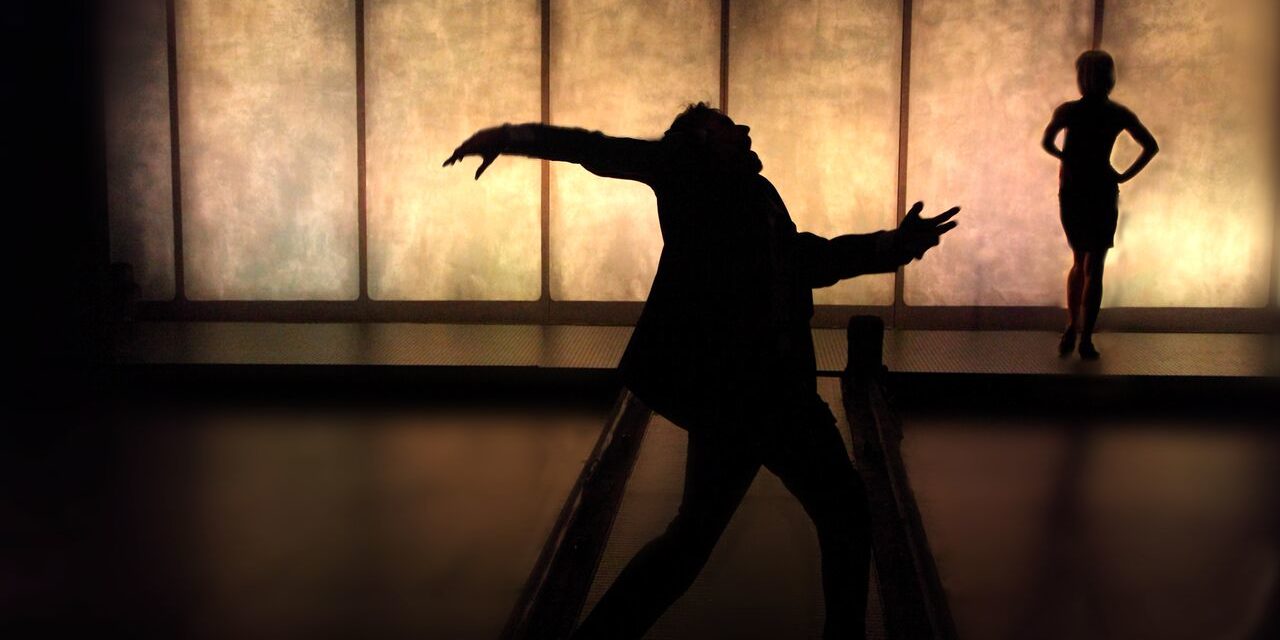 A scene in "Missing" by Gecko Theatre. Photo by Robert Golden. Courtesy of Festival de Otoño a primavera

The Festival de Otoño (Fall Festival) was created in Madrid in 1984, and since then, it has brought to the Spanish capital some of the most relevant European artists. However, in 2010, the festival was moved to the spring first and later diluted during the whole season and renamed “Festival de Otoño a Primavera” (Fall to Spring Festival). While the festival has continued to program many important figures such as Peter Brook, Romeo Castellucci, Robert Lepage, Forced Entertainment, or Timbre 4; not able to bring together multiple artists during the same month, it has lost its vital role as one of the European windows for international theatre. These changes were a response to theatrical impresarios’ complaints about the impossibility to compete with the festival’s extensive offer during the opening months of the theatre season. Luckily, the festival will go back to its original format next year, as Jaime de los Santos, head of Madrid´s Office of Culture and Tourism, has announced.

The 35th edition of the Festival, with the slogan “a window to the extraordinary,” will open in October and will take place in five different theatres in Madrid. It will include the work of ten companies from Spain, Latin America, and several European countries. Since the programming of the Canal theatres and other public theatres in Madrid is so rich, this year the Festival aims to bring theatre, dance, and performance works that are unique and that speak to the relationship between classic and contemporary, between tradition and avant-garde.

Carlos Aladro, artistic director of the festival, defines the 35th edition as a season of contrasts and adds: “Great masters, such as Mauricio Kartun, and well-established companies like Chapitô will be joined by new promising groups, such as Gecko or Los Colochos. Revolutionary artists in their 30s – such as Vicent Macaigne or Mårten Spångberg – will be programmed next to stage legends like Toni Servillo or Anne Teresa De Keersmaeker. Finally, two vibrant and diverse Spanish creators will put the icing on the program. On the one hand, Sara Molina, one of the mothers of Spanish avant-garde making her comeback to the stage; on the other, La Joven Compañía (The Young Company), a successful project for and by young artists.”

The Argentine Mauricio Kartun will open the festival with Terrenal. Pequeño Misterio Acrata in La Abadía theatre in October. Kartun is an important figure in Buenos Aires’ independent theatre scene, and his 2014 Terrenal has received numerous awards. The play explores the biblical story of Cain and Abel. 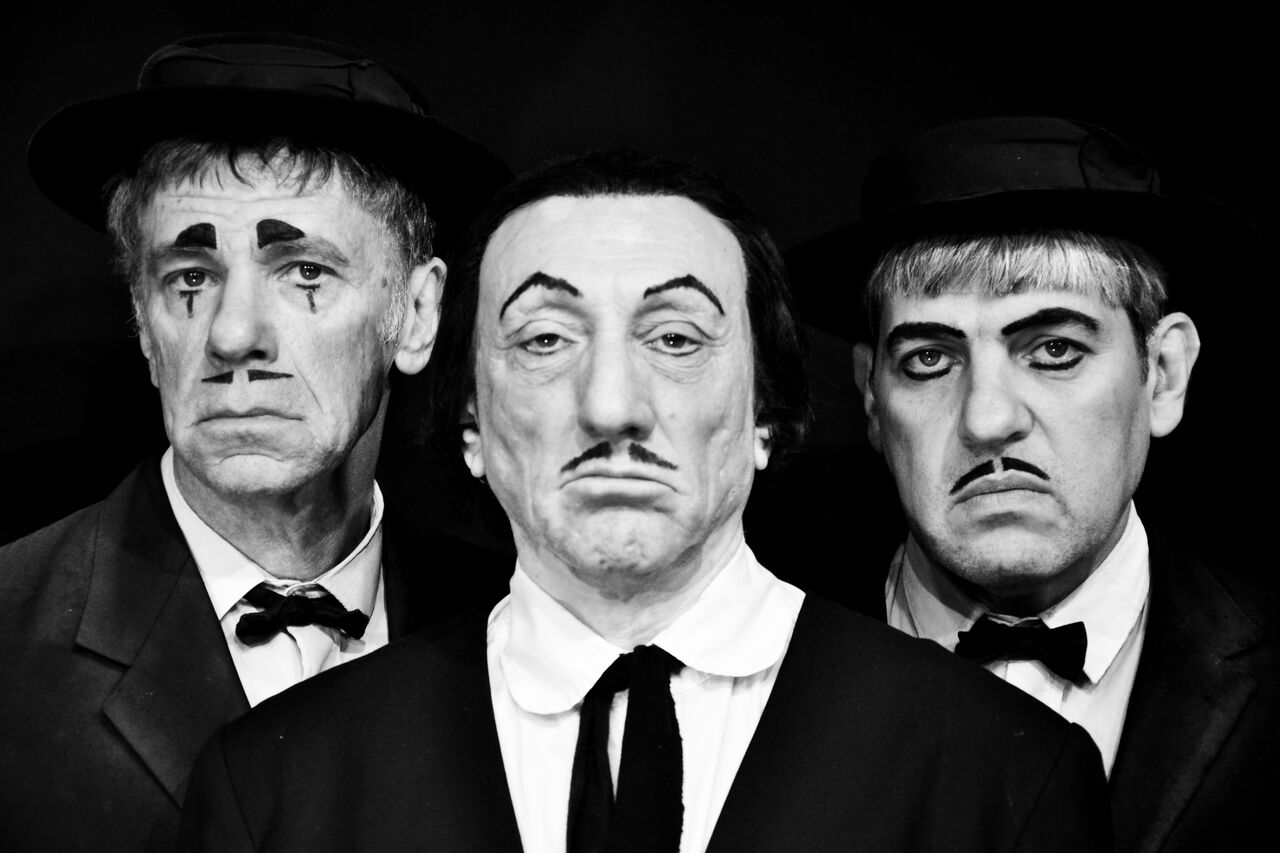 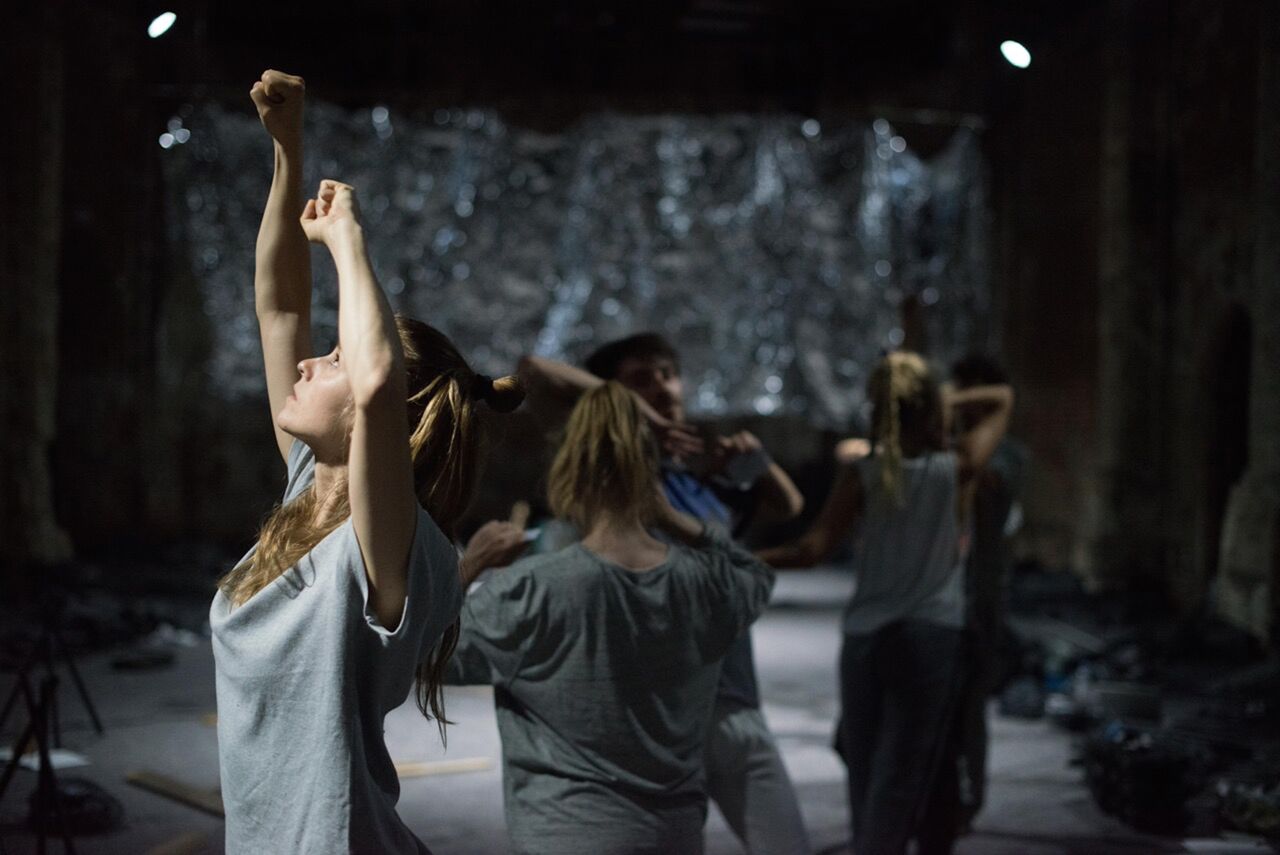 Mårten Spångberg’s durational performance Natten will be shown one night only, on October 27, from 11 pm until 6 am the next morning in La Casa Encendida. Nine performers dance and share horror stories to create an intimate and intense experience for the audience.

The Mexican company Los Colochos will present their play Mendoza, a free adaptation of Shakespeare’s Macbeth directed by Juan Carrillo. The adaptation, by Carrillo and Antonio Zúñiga, situates the action in 1910 during the Mexican Revolution, as the guerrilla soldier Mendoza becomes a bloodthirsty murderous leader enticed by the words of a witch. 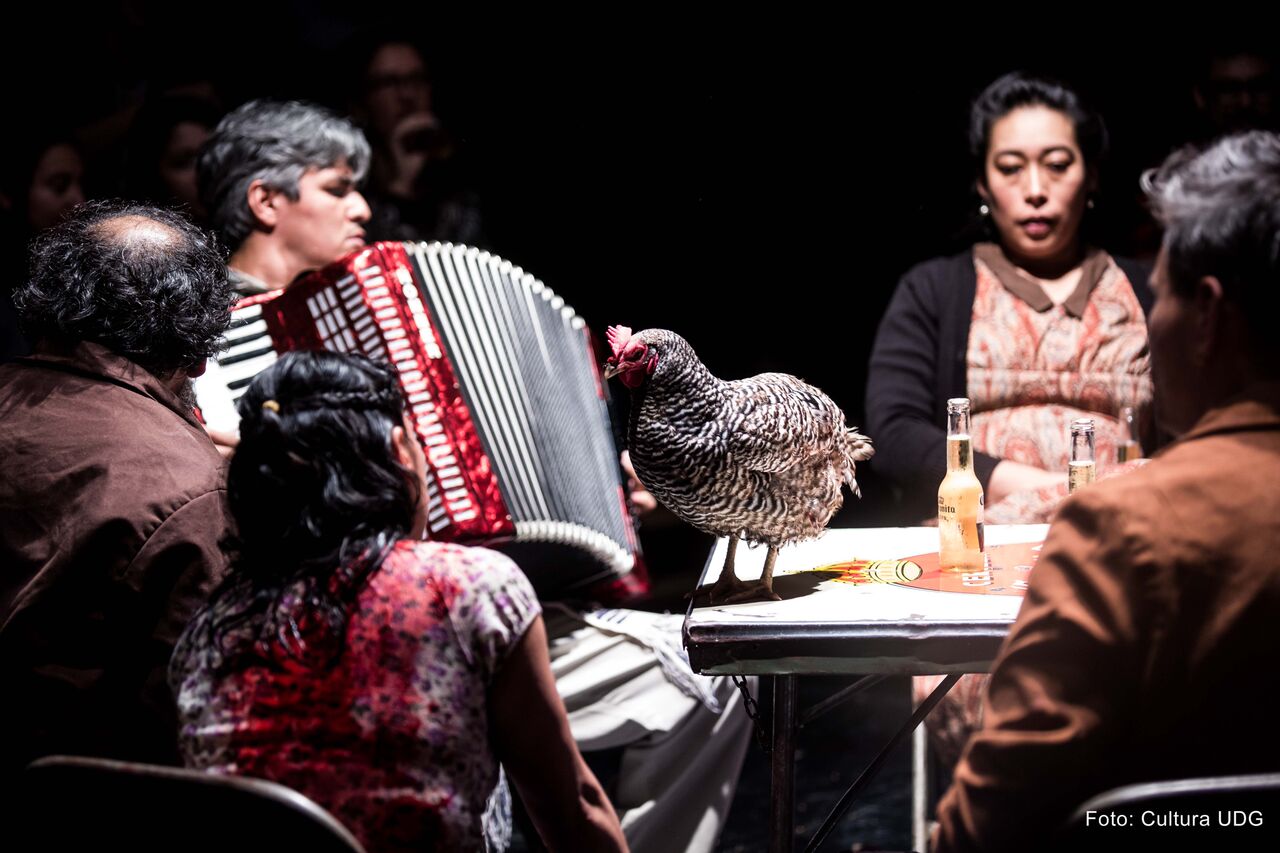 A scene in Mendoza by Los Colochos. Courtesy of Festival de otoño a primavera. 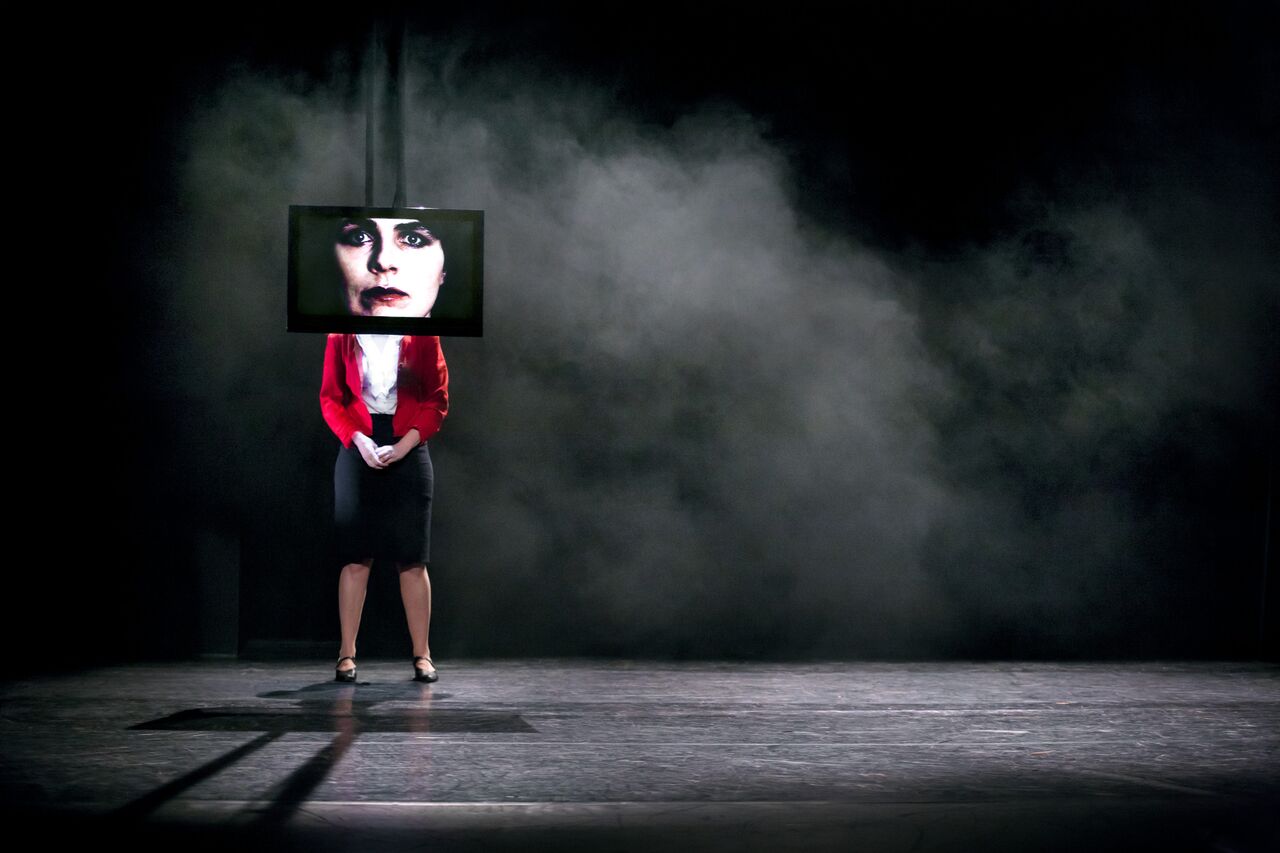 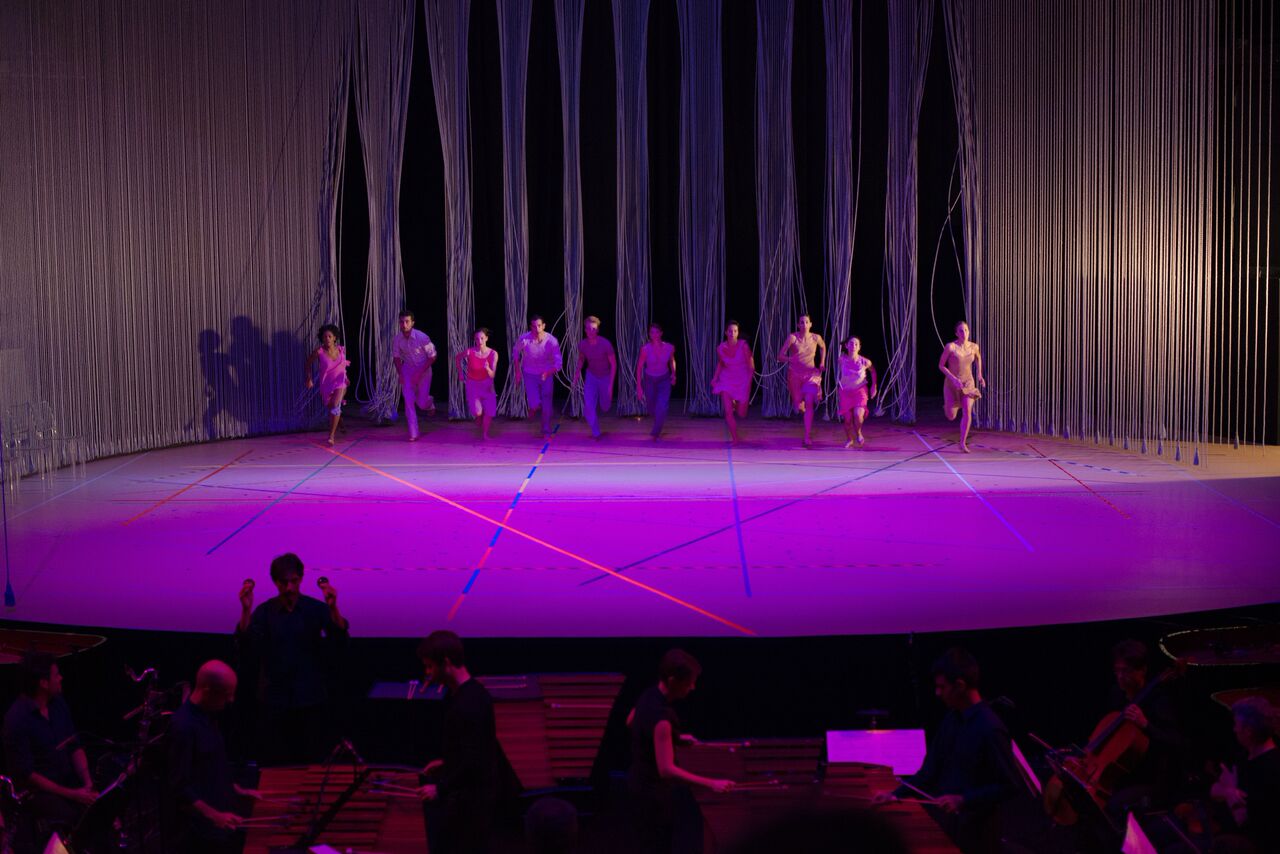 Anne Teresa de Keersmaeker and her company Rosas will present the 2016 revival of her emblematic Rain, created in 2001 and set to Steve Reich’s Music for 18 Musicians.

La Joven Compañía was born in 2012 to serve as a professional platform for young theatre artists. Irma Correa’s new version of Antonio Buero Vallejo’s La Fundación will be premiered during the Festival de otoño a primavera, directed by José Luis Arellano.

A scene from En Manque. Photo by Mathilda Olmi. Courtesy of Festival de otoño a primavera

Described by Vidy-Lausanne Theatre as a “theatrical, plastic, and choreographic study that stages melancholic characters searching for a pure and radical love,” Vincent Macaigne’s En Manque is provocative and violent. The play stems from the premise that a wealthy and depressed art collector opens a foundation containing every single piece of Western art, leading to an apocalyptic reflection on art and life.

Portugal’s company Companhia do Chapitó will bring two shows to Madrid in the spring: Edipo» and Electra», sophisticated parodies of Sophocles tragedies, “inadaptations” performed in the characteristic style of the company, a company with over 20 years of history (and 31 shows). Chapitó´s devised theatre is based on the actor’s physical work. In Edipo, only three actors on a bare stage bring the Greek classical tragedy to life into the 21st century, while in Electra, the same three actors use spoons as their only prop.

Sara Molina will return to the stages after a few years of silence with Los Hombres Melancólicos (The Melancholy Men), a new production. A multifaceted creator, Sara Molina had an important role in renewing the theatrical scene of the 1990s with her company Q Teatro. 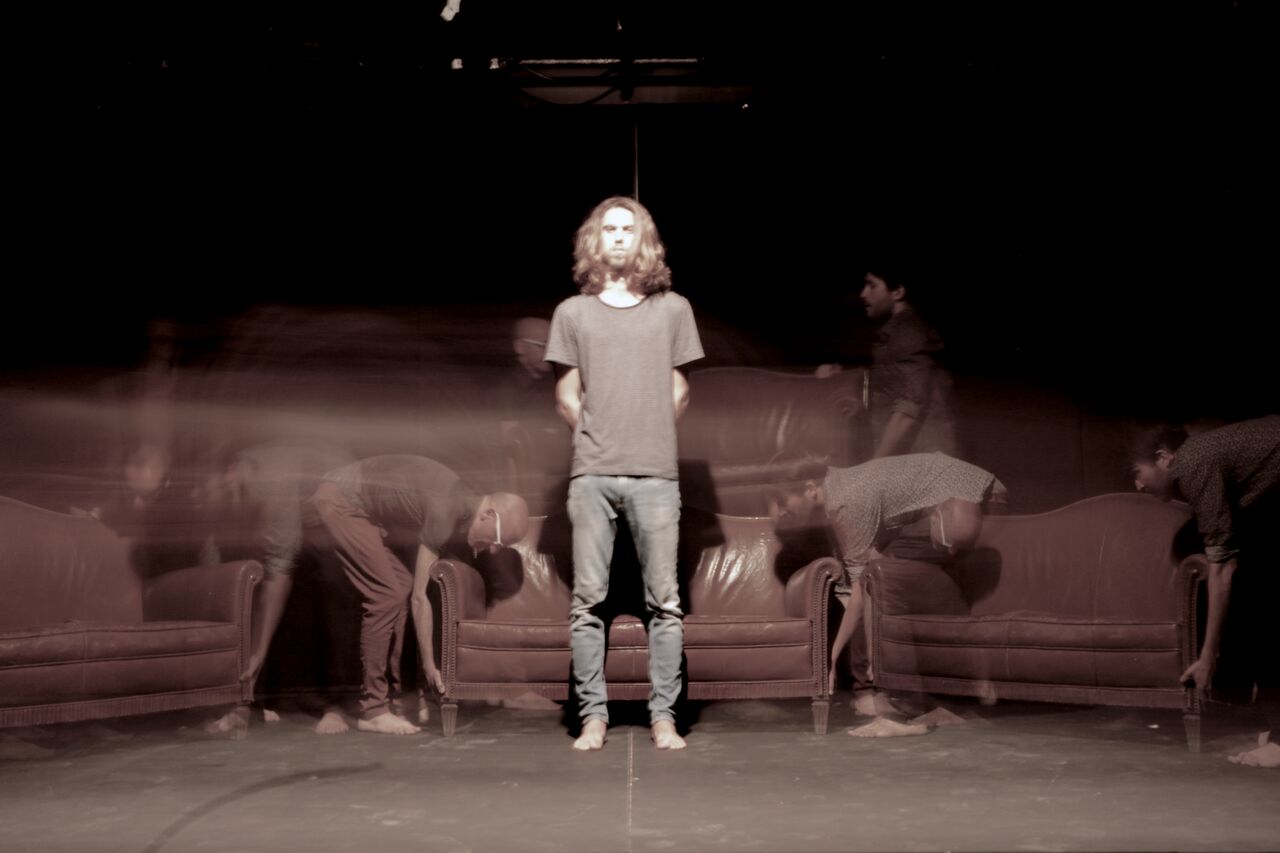 Toni Servillo and Piccolo Teatro di Milano will close the festival with Elvira, based on Brigitte Jaques’ Elvire Jouvet 40. Piccolo Teatro di Milano was founded in 1947 and has become one of the most important companies in Europe. Toni Servillo, co-founder of Teatri Uniti, and one of Italy’s most prized actors (he is the protagonist of Paolo Sorrentino’s La Grande Bellezza), directs and stars in this metatheatrical play about theatre and acting. 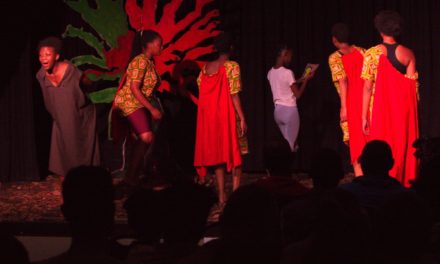